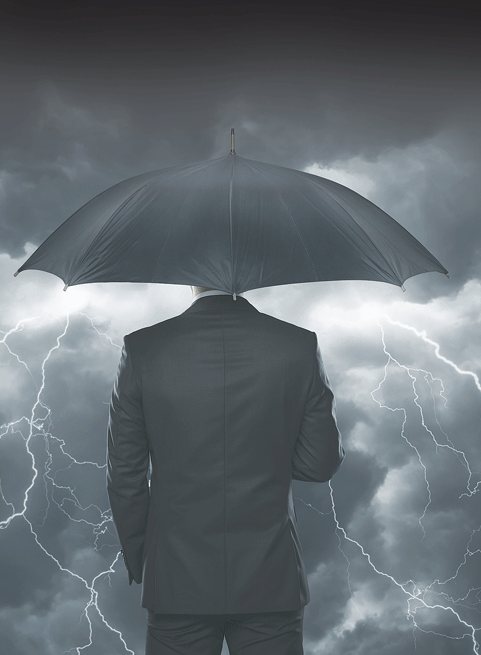 Many lawyers say they entered the legal field to help people with their problems — often very difficult, serious problems. The danger is internalizing those problems and making client stress a permanent part of one’s psyche. That pitfall, and other stressors common to lawyers, from time pressures to sometimes-adversarial work relationships, contribute to unusually high levels of burnout, depression, substance abuse, and even suicide in the legal field. One challenge, experts say, is to recognize those dangers before they take root.

To many who aspire to the field, being a lawyer is a job to die for.

Unfortunately, many do, far too young. According to the Centers for Disease Control, lawyers are more likely than almost any other type of professional to commit suicide —  ranking behind only doctors and dentists — and are 3.6 times more likely to suffer from depression, a common trigger for suicide. Others deal with poor health due to overwhelming stress.

“A lot of lawyers are dissatisfied with their work, for reasons including long hours, conflicting demands on their time and energy, and the exacting and confrontational nature of the work,” said Linda Benoit, a licensed clinical social worker with Lawyers Concerned for Lawyers (LCL), an organization dedicated to helping legal professionals navigate the pitfalls of career stress — and worse. “Many lawyers are leaving the profession, and it appears job burnout is implicated in the exodus.”

Benoit spoke at a recent seminar at Western New England University School of Law titled “Stress Management for Lawyers: Building Resilience and Avoiding Burnout,” talking with lawyers and law students alike about the health problems, physical and emotional, common to their field, and how to tackle — or, better, avoid — them.

“Realistically, you could plug a lot of occupations in — you could say the same thing about elementary-school teachers or social workers — so take it with a grain of salt,” she said about the general topic of job stress. “Yes, some things are unique to each profession, but there are more likely to be commonalities.”

Still, an American Bar Assoc. survey suggests that more than one-third of lawyers are dissatisfied and would choose another profession if they could, and 15% to 18% suffer from some measure of substance abuse, compared to 10% of the general population, so something is clearly going on.

“If these things are particular to the legal field, why is that?” Benoit asked. “There’s something called an addictive personality … is there a legal personality?”

She cited several common characteristics of lawyers, including a need for achievement, extroverted and sociable — yet competitive and aggressive — personalities, a focus on the economic bottom line and material concerns, and, perhaps as a result, a higher incidence of psychological distress and substance abuse.

According to CNN, at least seven state bar associations have become so concerned about suicides that they took measures to stop the pattern, adding a mental-health component to mandatory legal continuing education.

“One of the things we have to guard against is unhealthy ways to alleviate stress,” said Eric Gouvin, dean of the WNEU School of Law. “It’s easy to get caught up in short-term alleviation of stress through drugs and alcohol, which only makes things worse in the long run.

“This has always been an issue in the legal profession,” he went on. “The only profession with a higher rate of alcoholism is the clergy, which has the same dynamic of folks trying to help people deal with their problems. Those problems are not trivial; they can get to you. And if you find a release with a drink at the bar, that could easily become three, four five drinks.”

“You have to learn how to talk yourself off the ledge,” said Barbara Bowe, another licensed clinical social worker with LCL. “And if you can’t do that, you had better have some people in your life you can call to help talk you off.”

A Question of Empathy

Benoit pointed out that most stress is psychological; while many people think of stress as something that attacks them, they bring their own beliefs to it. She cited the famous Anais Nin quote, “we don’t see things as they are; we see them as we are.”

As an example, she recalled a client who was upset that his wife frequently yelled at him. But he wasn’t responding to her only; he had been severely ridiculed and yelled at growing up, “and he was responding and filtering and exaggerating it based on his own history.”

How does that apply to lawyers? Basically, Gouvin told BusinessWest, they are constantly saddling themselves with the feelings and concerns — often negative — of others, which warps the way they see the world.

“People generally come to lawyers because they’ve got problems, and lawyers tend to get into this line of work because they want to help people solve their problems. It’s easy for lawyers to take on clients’ problems as if they were their own, and that’s where the stress comes in,” he explained. 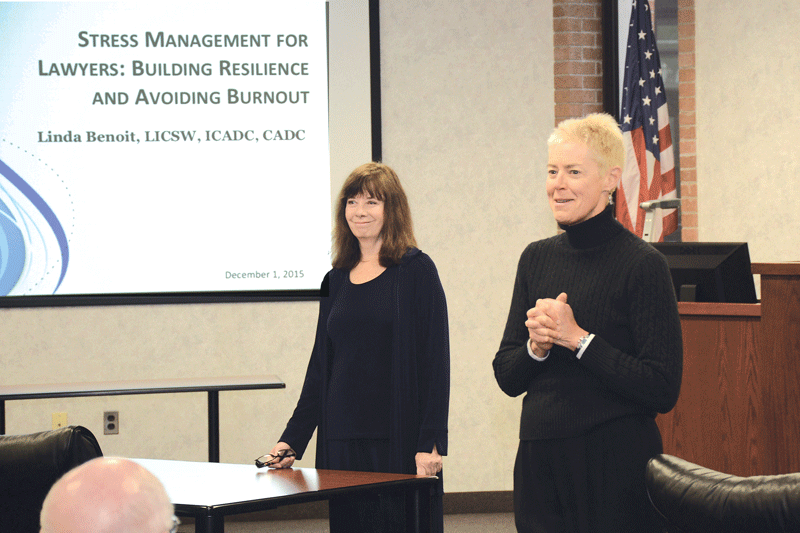 Linda Benoit, left, and Barbara Bowe say Lawyers Concerned for Lawyers is a response to a very real tendency for attorneys to succumb to stress, depression, substance abuse, and even suicide.

“Most successful lawyers, over the long term, are able to get a little professional distance between their clients’ problems and their own individual life,” he added. “But sometimes folks need to be reminded of ways to take care of themselves and their mental health. They get so wrapped up in these issues, and if they don’t take a minute to step back every now and then and find a way to center themselves, the stress will accumulate over time and cause psychological and physical damage.”

And managing the stress of others makes it even worse, Bowe said. She spoke about one of her past clients, a lawyer on the cusp of retiring from decades of solo practice. His wife, a teacher, had recently retired herself, so they planned on getting a boat and setting sail into their leisure years. “But he presented with a lot of anxiety, a lot of panic. He lost sleep, he lost weight, he couldn’t swallow. He had talked to his doctor about his blood pressure and cardiac levels.”

And then, she discovered the core issue. It turned out her client’s father had “gone down the rabbit hole” after retirement, dealing with issues that landed him in a psychiatric hospital. He ended up killing himself when her client, the one now approaching retirement, was 18 years old.

“He was afraid he would wind up like his old man, even though that wasn’t his story at all,” she said. “So whenever his wife talked about retirement, he broke into a panicked sweat, sweaty palms, wondering, ‘if I retire, what will become of me?’ He had the sense, because of what happened to his father, that would be his future, too.”

While that’s not the same as empathizing with a client, Bowe sees some similarities between that man and lawyers so emotionally involved with their clients that they bury their own needs, and make their clients’ worries their own.

“You need to have the ability to step outside of that,” she explained. “Maybe you put your best case together and things don’t go as planned. So many things are out of your control. How do you manage that?

“As a laywer,” she went on, “you can always do more, and clients expect you to do more. At some point, internally, you have to say, ‘I’ve dotted my Is, I’ve crossed my Ts. I’ve done what I can do, although someone thinks I could have done more.’”

Benoit was quick to point out that not all stress is negative; sometimes, it can serve as a motivator. “Any kind of stress can have beneficial benefits, depending on the strength of the stressor and how an individual deals with it.”

She pointed out the difference between ‘eustress’ — stress that provokes a positive response, from enhanced performance to improved mood to sharper memory — and ‘distress,’ which produces a negative cognitive response, like nervousness, anxiety, fatigue, and depression.

Most jobs have stress triggers, she added, from lack of communication in the office to unrealistic expectations and time demands; from lack of appreciation to job insecurity. Lawyers have specific stresses on top of those, including billable-hour pressures, the sometimes-adversarial nature of their working relationships, perfectionist tendencies, student-loan debt, and a sometimes-poor public image of the profession.

It’s important, she said, to take control of one’s thoughts when those pressures start to overwhelm. “What is your cognitive response? Are you able to visualize a positive outcome, or do you dwell on catastrophic, worst-case thinking?”

Bowe referred to the importance of “changing the tapes” that play in one’s head. 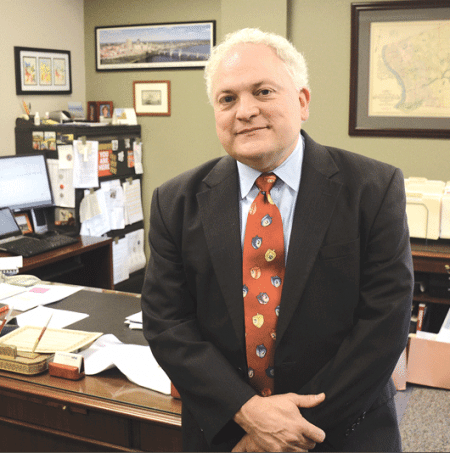 Eric Gouvin says people often become lawyers to help others, but tend to make those problems their own.

“You have that power. It doesn’t mean the cognitive fairy will come to your house and change everything, but you can work to develop a pattern of visualizing and assessing a situation from a more positive standpoint, and ask, ‘what kinds of resources do I need to draw in to do better on this?’” she explained. “Some lawyers put their head down and keep moving, even though it’s not necessarily in a positive direction.

“You can definitely bring a different mindset to a situation to influence an outcome,” she went on. “But you have to have the desire and want to do it.”

Benoit agreed. “The stress isn’t going to go away,” she said, “but it doesn’t have to be this constant negative thinking. When you do that, you’re doing violence to yourself. Why would you want to participate in that?”

Building resilience against factors that trigger stress can come in many forms, she went on. “If you’re in a toxic or hostile work environment, you may have to cut your losses and leave. If you’re in a solo practice, maybe hire someone to help you develop or redesign career goals.”

Other tips include taking firmer control of one’s schedule by rigidly prioritizing tasks, getting away from the desk once in a while by taking short breaks, avoiding unpleasant colleagues as much as possible, educating clients about the process of law (to counter unrealistic expectations), and avoiding workaholism.

“Set limits, and don’t put all your well-being eggs — how you feel about yourself — in your work basket,” Benoit said. “You’re more than your occupation. Make time for yourself and your relationships every day.”

But for everyday stresses, a little mindfulness doesn’t hurt. Some of Benoit’s stress-reduction tips are applicable to many fields, such as finding humor in situations, setting aside time for rest and leisure, avoiding drugs and alcohol, maintaining good nutrition and sleep habits, setting small, achievable goals, and having two specific friends: “one friend you can vent with, and one you can’t.”

It also helps, she said, for lawyers to remember their purpose and passion. She cited a mission statement from the American Bar Assoc. that touches on concepts like defending liberty and pursuing justice, and said lawyers should step back once in a while and reassess why they chose the career to begin with.

“Is it being a defender of rights? A commitment to social justice? Being a protector of human dignity, or a crusader against discrimination? Maybe there are some bigger things that will re-energize you. You can change the system.”