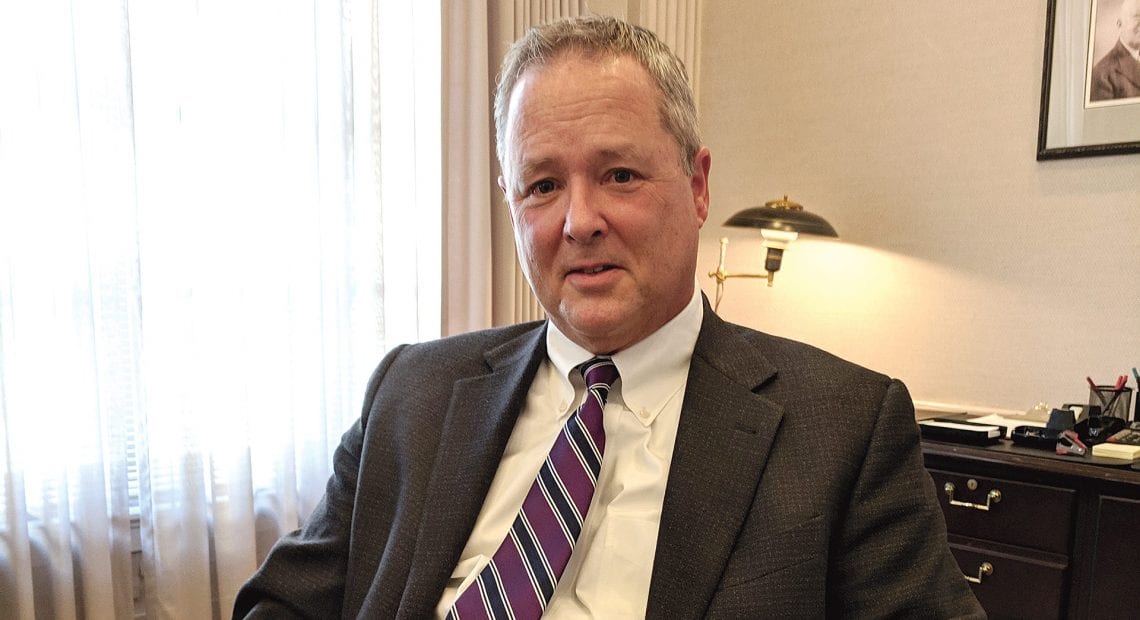 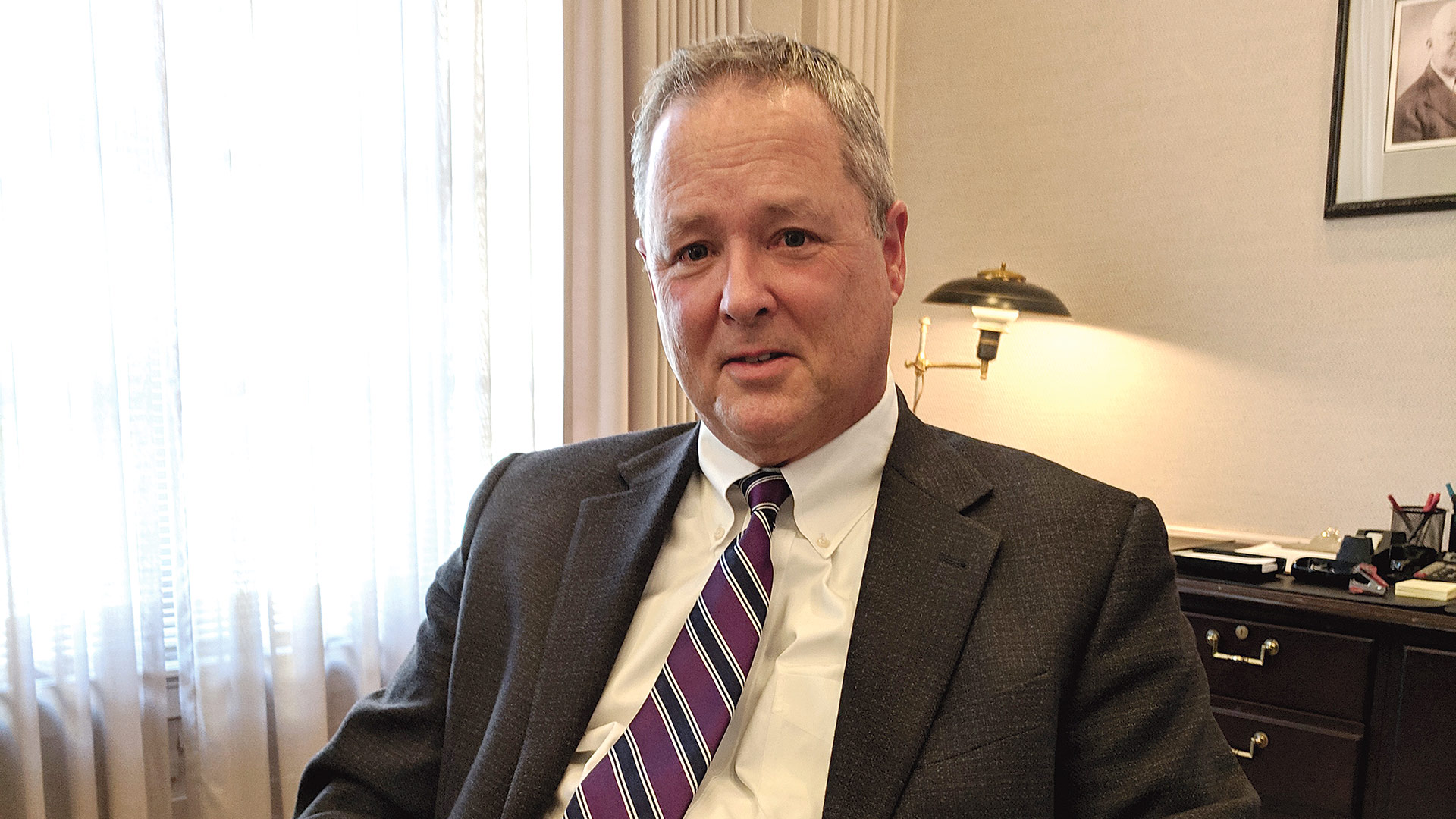 As Bacon Wilson approaches its 125th anniversary next year, it can look back on plenty of history and change — with perhaps the past couple of decades representing the most dramatic evolutions in law. Through it all, the practice has remained remarkably steady, boasting numerous long-time attorneys and a measured growth strategy that has led Bacon Wilson to its position as the region’s largest law firm — one with its focus squarely on the future.

Just before he sat down with BusinessWest, Kenneth Albano was looking through an old file at Bacon Wilson, dating from 1993. Two things struck him about the letterhead.

One was the number of lawyers — just 16, compared to 42 today. The other striking thing was how many of those 16 are still practicing at Bacon Wilson today.

“Every lawyer except a few is still here,” said the firm’s managing partner, noting that he’s been at Bacon Wilson for 31 years, while the other two partners who spoke with BusinessWest for this story, Hyman Darling (38 years) and Donna Wexler (a relatively brief 17 years), have also built quite a bit of history with the firm.

“It says a lot about the fabric of the firm, that people stay here as long as they do.”

It says a lot about the fabric of the firm, that people stay here as long as they do,” Albano went on. “We have lawyers like Mike Katz and Paul Rothschild, who have been here 40-plus years and are still working hard every day.

“When we interview for associates, they always bring that to the top of the discussion, because it’s important for people to feel stability,” he noted. “With Millennials these days, it’s tough to get a straight answer as far as commitment, but we try to impress upon them that this can be your work family and your home for years to come. That’s what we bring to the table, and it’s been successful over the years.”

That stability has no doubt contributed to the firm’s growth, but so have a series of strategic mergers, which have led to Bacon Wilson establishing offices over the years in Northampton, Amherst, Westfield, and Hadley in addition to Springfield, where it has maintained a State Street address for almost 125 years.

“These are not offices where you call a phone number get a receptionist covering all the shared space,” Albano said. “These are standalone facilities with partners, associates, paralegals, and receptionists.”

At a time when it’s more difficult to find young talent (more on that later), the key has been smart expansion — not hiring just to hire or merging just to merge, he added. And those mergers have essentially been achieved through relationship building.

“We don’t buy practices,” he said. “So if you were looking to retire, you wouldn’t come to me and say, ‘I want X amount of dollars for my practice,’ because it’s a lose-lose situation for us. The win-win is, ‘sure, let’s talk, come be part of the Bacon Wilson family for three or four years, allow your clients to meld into our practice groups, and allow our lawyers to get to know your clients, and have a slow exit strategy.’ That’s how it’s worked in the past.”

Last year, Massachusetts Lawyers Weekly ranked Bacon Wilson as the 42nd-largest law firm in Massachusetts, but it’s the largest in Western Mass. — and well-positioned, Albano said, to continue to tackle what has become an increasingly complex and demanding legal landscape.

Long-timers like Albano, Darling, and Wexler have seen their share of changes in the legal world, too.

“When I first came here, if somebody came in for an estate plan, it was a will,” said Darling, who has built a reputation as a premier authority in the region on estate planning. “Now, it’s a will, health proxy, power of attorney, homestead declaration, maybe a trust … we talk about things like end-of-life decisions and organ donors and cremation and anatomical gifts. Pet trusts, gun trusts. It’s evolved into things that none of us ever learned in law school.” 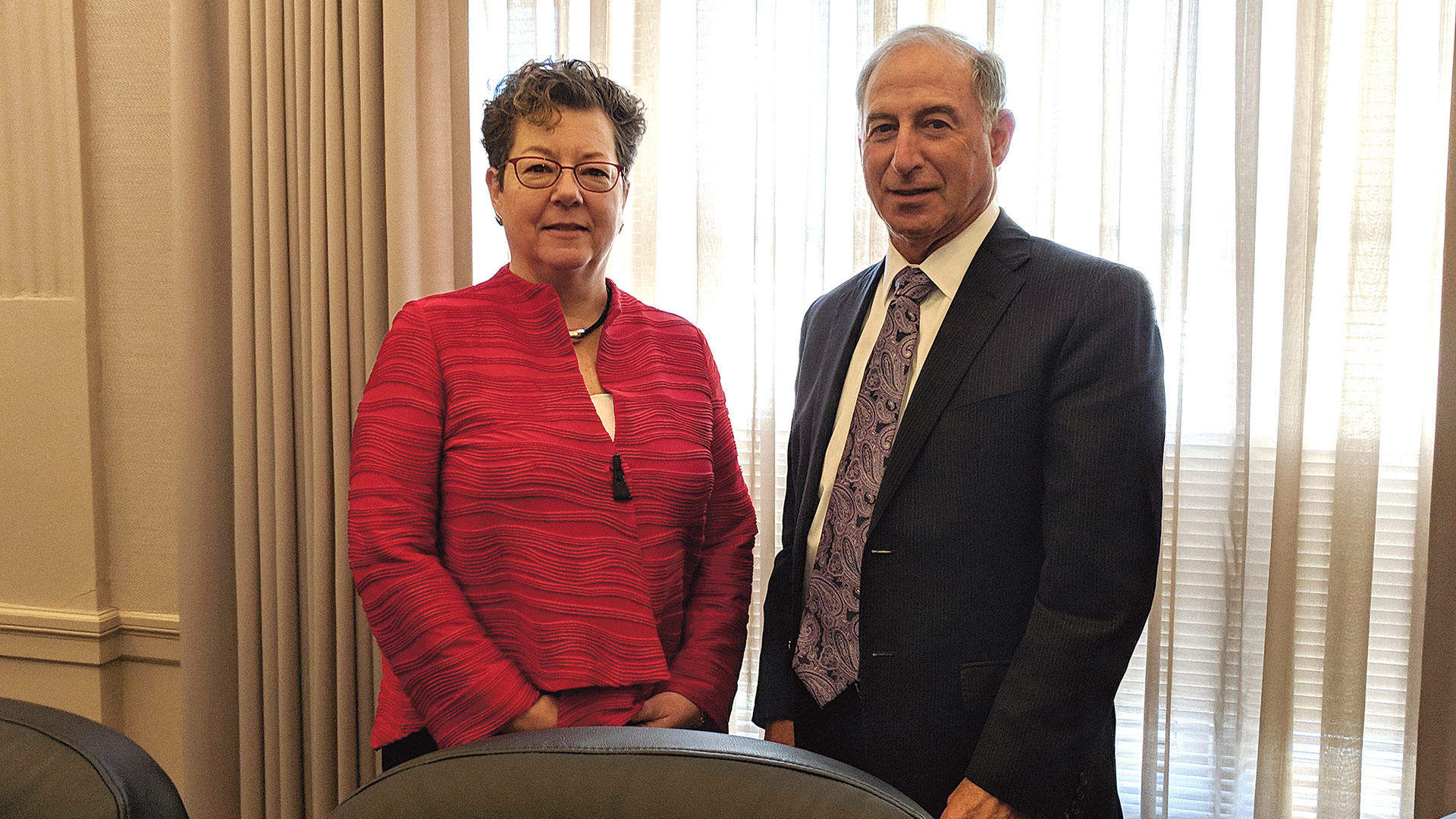 Donna Wexler and Hyman Darling have seen plenty of changes in their fields of real estate and elder care/estate planning, respectively.

That’s why he has gone from working with one shared secretary to leading a team of six estate-planning attorneys and 20 total staff, with responsibilities ranging from asset-protection planning and pet trusts to having his picture taken with a big check for the Massachusetts Lottery wall in Braintree when a winner decides to establish an anonymous trust.

“There’s special-needs planning that we didn’t do before,” he went on. “There was nothing called elder law when I came to the practice. And 10,000 people turn 60 every day — and we have a lot of them in Massachusetts.”

Technology has changed the way lawyers work as well, said Wexler, who specializes in real estate.

“When I started practicing, I would fill out forms in pen and the secretary would type them, then there were years when I typed them, then it evolved into the banks actually preparing them and e-mailing them. Now we’ve got cloud-based things,” she said, adding that increased government regulation, especially since the financial crisis in 2008, has led to new complexities to her work. “There’s more we need to know about what the regulations are and what we’re required to do.”

Then there’s the culture of constant communication — and the resulting rise in client expectations — that has shrunk timelines on projects in industries like construction, printing, and, yes, law. Albano recalled the days when he’d come back from lunch and hope to see a phone message on one those classic pink slips of paper waiting for him. Now, he returns to a couple dozen e-mails.

“There’s an expectation of immediate response, and it’s changed the pace of the practice tremendously,” Wexler said, to which Darling noted he’s had clients call asking to set up a will before they flew off on vacation. Tomorrow.

They all recognize, however, that those constant e-mails and calls represent something important: individuals who need help, and often at a difficult time in their life.

“I always tell people, if I get a call from someone I haven’t heard from in a while, they’re not calling to say, ‘how are you doing? Have a great day.’ They have a problem.”

“There’s an expectation of immediate response, and it’s changed the pace of the practice tremendously.”

As all three mentioned, those problems continue to evolve. Cannabis law in Massachusetts, for example, has unfurled an entire new world of issues that cross several practice areas. For instance, Albano represents a few municipalities seeking guidance on what kinds of restrictions they can place on marijuana businesses. Wexler has handled transactions for clients looking to purchase land for growing, while some of Darling’s clients have sought to invest in these facilities.

In fact, the sheer scope of Bacon Wilson’s expertise is a plus for clients, Albano said. “We don’t do high-end criminal work or security work. Everything else, we do. And we cross-sell each other to clients. The clients appreciate that.”

Wexler added that the attorneys tend to collaborate for the sake of clients, whether it’s seeking advice from a different department on a case or hearing a potential client’s request for services and recommending colleague with more specialized knowledge.

“When you hire Ken, you’re not just hiring him, you’re hiring 40 lawyers,” Darling said. “The firm is your lawyer. They’re all available.”

Albano said the three-legged stool holding up Bacon Wilson has always been litigation, real estate, and estate planning. “That’s always been with us. But when this firm was founded back in 1895, it was a commercial law firm, and we’ve maintained that commercial group from day one, representing so many Western Mass. banks. We survived all the mergers and all the new banks coming in. The key to our success is maintaining relationships. Relationships are so big in this market.”

So is staying educated and up to date on quickly evolving trends in a practice area.

For instance, even before the #metoo movement — but certainly in the wake of it — employment lawyers have seen a steep rise in harassment and discrimination cases, as well as thorny handbook issues to help clients sort out.

“We’ve had specialists come in here and give seminars on preventing those types of harassment claims,” he noted. “You have to stay up on it.”

In turn, Bacon Wilson’s attorneys are active in the community, writing articles (for publications such as BusinessWest) and conducting workshops on hot issues. That’s in addition to the many ways the firm’s lawyers support their favorite charities and volunteer on their boards.

“Everybody gives back,” Darling said. “We don’t have to ask them; they just realize it’s important.”

Wexler agreed. “When we bring new associates in, the ones I work with seem very excited. And most of them come in with a passion for one organization or another, and we encourage them to take the time to give to that organization. It’s catchy. And it’s exciting to be a part of that.”

That said, it can be a challenge to attract young talent to the firm in a competitive marketplace in an era when law-school enrollment is significantly down from where it was 20 years ago. But Bacon Wilson has developed a relationship with Western New England University School of Law, interviewing students for clerk positions and often hiring them full-time later on, while building similar pipelines with institutions like Bay Path University to find paralegals.

“The tough part is getting young lawyers to stay in Springfield, as opposed to Boston or New York,” Darling said. “But we’ve done a good job. The quality of life here is pretty good. They can make a living and have a house they can afford and be able to pay their school debt.”

Not to mention working at a firm that continues to rack up accolades each year — including “Best Law Firm” in the Valley Advocate Readers’ Poll every year since 2012, “Best Law Firm” in the Daily Hampshire Gazette Readers’ Choice poll every year since 2014, plenty of attorney citations in Best Lawyers in America, the 2018 Firm Impact Award from the Hampden County Bar Assoc. for pro bono work, and a raft of others — and, as Albano noted, a stable, venerable firm to call home for many years to come.

“We’ve grown in bits and pieces over the years,” said Albano, who would like to see the firm grow to more than 50 attorneys during his tenure. “It’s been a great run so far. We’ve had some hiccups along the way, as with any business, especially when the economy was bad. But the reason we’ve grown as well as we have is because the people who work here really enjoy coming to work.”

Joe Bednar can be reached at [email protected]