A Primer on the New England Compounding Bankruptcy Proceedings

New England Compounding Pharmacy Inc. (NECC) was a drug-compounding facility located in Framingham. Beginning in the fall of 2012, reports began to surface that patients across the country who had been given an NECC-manufactured product had contracted fungal meningitis. 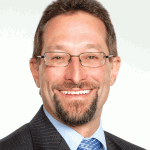 Health authorities soon determined that NECC’s products were, in fact, tainted, and NECC ordered a recall. However, considerable damage had been done. The Centers for Disease Control and Prevention eventually determined that, as of October 2013, 64 people had died, and 751 had become ill. At least 555 separate lawsuits have been filed against NECC, its officers, and others, which have been consolidated in federal court in Boston. Ultimately, approximately 3,350 people have filed claims for personal injuries allegedly resulting from the tainted pharmaceuticals.

Two weeks ago, 14 people, including the former owners of the company, were arrested on federal charges, including RICO charges under the Racketeer Influenced and Corruption Organizations law.

As a result of the outbreak, NECC could no longer operate, and on Dec. 21, 2012, it filed a Chapter 11 bankruptcy petition in the Massachusetts Bankruptcy Court (the case is being heard in the Springfield session of the court). Not long after the case was filed, NECC’s management was removed and a Chapter 11 trustee (Paul Moore) was appointed to oversee the liquidation of the company, to collect funds to distribute to victims and other creditors, and to establish a plan to distribute those funds. During the course of the case, the trustee and lawyers representing victims reached settlements with NECC, its officers and directors, several affiliated entities, several insurers, and others, through which as much as $135 million has been recovered for victims.

Recently, almost two years after the bankruptcy petition was filed, the Chapter 11 trustee and the unsecured creditors’ committee filed a joint disclosure statement and a plan of reorganization for NECC. Under the Bankruptcy Code, the disclosure statement is intended to be something like a stock prospectus; it is intended to provide creditors with sufficient information to enable them to make an informed judgment about whether to approve the plan. After the disclosure statement is approved by the Bankruptcy Court, it will be distributed to all of NECC’s creditors, who will have the opportunity to vote on whether or not the plan should be confirmed by the court. The vote is ‘weighted,’ because it has to be approved by a majority of creditors holding two-thirds of the dollar amount on the ballots of those who vote.

The plan, while complicated, is essentially a ‘liquidating plan,’ so-called because it does not contemplate that NECC will reorganize and ever operate again. Instead, it provides a process for estimating and determining the amounts of the victims’ claims, as well as a mechanism for making distributions to victims. If the plan is confirmed, all of the funds from the settlements will be transferred to a tort trust established under the plan.

One of the potentially controversial features of the plan is that, if confirmed, it will provide releases to parties not just to NECC and the insurers who have funded the settlements, but also to third parties who are not in bankruptcy, and enjoin further suits against those parties. Courts across the country have reached different conclusions about whether such broad injunctive provisions are beyond the powers of bankruptcy courts.

The plan provides for a ‘claims-resolution facility,’ under which victims’ claims are evaluated and ‘scored’ based on seven base-point categories, such as whether NECC’s products caused death and the extent of surviving victims’ injuries, then possibly adjusted based on individual victims’ personal circumstances.

That will enable the tort trustee to assign a dollar value to each victim’s claim. Those claims will then be eligible to receive pro-rated distributions from the pool of funds in the tort trust. Because there are so many claims, the disclosure statement does not provide any estimate of what the total amount of claims is likely to be, so the disclosure statement also does not predict what percent dividend victims are likely to receive on their claims. But for purposes of illustration, if there are total claims of $270 million, each victim with an allowed claim would receive a dividend of approximately 50% (less attorneys’ fees, of course).

The disclosure statement acknowledges that it may take several years to fully determine the amount of victims’ claims. Thus, the tort trust allows the tort trustee to make an initial interim payment to victims, followed by a final distribution once all of the claims have been calculated.

The Bankruptcy Court has scheduled a hearing on whether to approve the disclosure statement for Feb. 24. Once the disclosure statement is approved, it will be served on all of NECC’s creditors, along with the plan, a ballot, and voting instructions. A hearing on whether the plan should be confirmed — and be binding on NECC and all creditors — will likely be held in the spring.

Attorney Steven Weiss is a partner at Springfield-based Shatz, Schwartz and Fentin. He concentrates his practice in the areas of commercial and consumer bankruptcy, reorganization, and litigation. Weiss supervises the firm’s bankruptcy, reorganization, and workout practice; represents creditors, debtors, and others in both commercial and consumer bankruptcy cases throughout Massachusetts; and has been a member of the private panel of Chapter 7 trustees for the District of Massachusetts since 1987, and also serves as a Chapter 11 trustee; (413) 737-1131; www.ssfpc.com