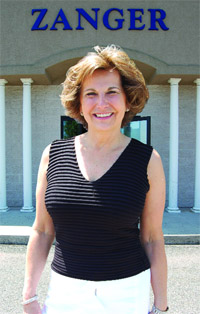 The Zanger Company Has Made Polish Pottery a Household Name 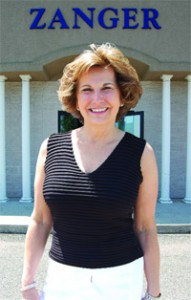 Characterized by delicate patterns and vibrant colors, Polish pottery is now a household name in the United States, thanks in large part to the vision and entrepreneurial drive of Gloria Smith, owner and president of the Zanger Company in Suffield. Smith, who originally sold cutlery, first saw the pottery at a massive product expo in Germany in 1989, and envisioned a market for it in the U.S. Her instincts were pretty good; Zanger sales have risen from $450,000 to $11 million in those 17 years, and the pottery now has a cult following among collectors.

Since the first order was placed, the artists at Ceramika Artystyczna in Poland have been on a first-name basis with Gloria Smith, owner of the Zanger Company, which imports and sells the pottery the factory creates.

When Smith first visited the company that creates hand-fired, hand-painted stoneware, Communist rule was a very recent memory, and there were no computers or fax machines to process the orders that filter into the factory from all over the world. It was a small operation powered by the deft artistry of its employees, largely women, who hunched over each piece to carefully decorate them with traditional patterns.

“When you decide to stick with something, it’s not always an easy road,” she said, “but it’s about staying with something you believe in. I saw a philosophy and a spirituality flowing into this pottery.”

A lot has changed since that first visit in the early 1990s. Ceramika Artystyczna has grown to employ 350 people and thrive as one of the most successful factories in Poland. Much of that success can be attributed to brisk American sales thanks to Smith, its largest distributor, and her company, Zanger, based in Suffield, Conn. in a large warehouse decorated with color photographs of women, still bent over their artwork.

“It has been a gift to build a business on these beautiful ceramics,” said Smith. “The factory grew and evolved with us, and I am very protective of it.”

Smith’s path to becoming an entrepreneur and hugely successful importer was one that unfolded in front of her, she said, providing the direction she needed to find a rewarding career that offers a unique, quality product. She began as an educator, teaching English as a Second Language for eight years before trying her hand at sales in the computer industry.

“I needed a change,” she said, and in 1987, she found it. Alfred Zanger, who owned a company that imported high-end cutlery from Europe, was looking to sell his business, and Smith became aware of the opportunity.

She said she didn’t have any retail experience at the time, and had never penned a business plan — the late 1980s were also a time when few women were choosing to make the career leap to business owner. But Smith was both ready and willing.

She chose to retain the company’s name, and for two years she carried stock similar to what Zanger offered. But she had the desire to find a product with some sort of deeper meaning or impact, and in 1989, Smith traveled to a large product expo to continue her quest.

“The magic of the story is this: picture a show the size of the Holyoke Mall times 10, and all the products that were there to choose from,” she said. “Just about everyone was represented; the aisles and rows of vendors was mind-boggling. I scoured the place to find something unique.”

The search took hours and countless passes through the many vendor booths. On the day Smith was scheduled to fly home, she still hadn’t found just the right thing, and decided to go back to the trade show for one more look.

It was at that point that a small display of painted ceramics caught her eye.

The stoneware was and is created in Poland, in a small town on the German and Czech borders called Boleslawiec, which harvests the clay used in its creation from the Bobr river. Each piece is hand-painted with delicate patterns that are devised in the factory and characterized by traditional Polish designs and colors, especially a deep blue that graces nearly every finished plate, bowl, and teapot.

“The region has long been a potter’s community,” Smith explained. “The clay from the river is taken out in huge chunks and processed, and it’s not porous, so it’s very durable and can be used regularly for cooking and baking.”

That’s one reason why Smith was drawn to the pottery. She suspected that its usability paired with its beauty would resonate with American consumers, and 20 years later, brisk sales are proving that her hunch was right on. Still, introducing Polish pottery to the U.S. (Smith was the first) has been a long process, and only now is Smith’s climb to greatness beginning to level.

In 1989, Smith was unable to forge a relationship with Ceramika Artystyczna directly, as Poland was still under Communist rule, and outside business partners were strictly regulated. She instead began a partnership with a German company, Heise, to procure the pottery and bring it stateside. Smith later found out that the factory’s employees filled orders with no business name or address on them — they simply read ‘Gloria.’

After the Iron Curtain fell, Smith was able to visit the factory for the first time, and to begin working with it directly.

“The relationship has been no different than watching a child grow,” she said. “It’s an emotional thing for me, because they’ve become like my family, and we’ve grown both of our businesses through mutual respect, honesty, and loyalty.”

The Zanger Company’s success has been largely responsible for the phenomenal growth of the factory, which has significantly upgraded its internal processes and equipment.

A kiln that once required 24-hour stoking with coal, for instance, has been replaced with a series of sophisticated gas ovens. Those advances are paired with long-held traditions for superior artistry, and even today, with thousands of orders to be filled, only 14 hands touch each piece, and designers complete about six pieces a day.

“The quality is much different now,” said Smith. “It’s become the best factory in Poland, and the vision of the artists is a huge part of that. They’ve been given a chance to truly show their potential, and they do so.”

Indeed, Zanger has grown considerably since its first year selling Polish pottery. Sales totaled $450,000 then, and last year, that figure had risen to $11 million. Smith said the operation is largely a wholesale provider, regularly delivering a wide range of products — everything from decorative bowls to full sets of dinner plates, and smaller sundries like coffee cups and salt and pepper shakers — to retailers across the country. Zanger also sells Polish pottery via its Web site and from its warehouse in Suffield.

Still, she said it took about a decade for the product to be readily recognized in the U.S., where she is the largest distributor of Polish pottery in the nation and one of only two (the other wholesaler is located in Pennsylvania).

An opportunity to introduce the stoneware to a large, national audience came in 2003, when an executive from QVC, a cable home-shopping channel, spotted the pottery at a trade show and offered Smith the chance to appear in a one-hour spot.

Smith never got the chance to finish that appearance — all of her product sold out in 26 minutes — but a long-standing relationship with the channel was born. Her success also earned Smith a Q-Star Award from the channel for quality and innovation.

“Every show we did got bigger after the first,” she said. “Polish pottery has a strong presence, and QVC had a tremendous impact on the product and branding it.”

Life on a Platter

Smith’s ongoing success with her product has allowed her to give back in various ways, sometimes holding open houses at her Suffield facility and donating the profits to area charity and advocacy organizations, such as Community Health Resources of Connecticut, for which she’s a board member.

And in Poland, an artist may have just finished her latest piece for one of her most influential clients, carefully setting it aside for Gloria and reflecting on her own success.