BusinessWest launched the Continued Excellence Award in 2015 to recognize past 40 Under Forty honorees who have built on the business success and civic commitment that initially earned them that honor. The winner of the fourth annual award will be announced at this year’s 40 Under Forty gala, slated for June 21 at the Log Cabin Banquet & Meeting House in Holyoke.

The winners in 2015 and 2016, respectively, were Delcie Bean, president of Paragus Strategic IT, and Dr. Jonathan Bayuk, president of Allergy and Immunology Associates of Western Mass. and chief of Allergy and Immunology at Baystate Medical Center. Both were originally named to the 40 Under Forty class of 2008. Last year, the judges chose two winners: Scott Foster, an attorney with Bulkley, Richardson and Gelinas (class of 2011), and Nicole Griffin, owner of Griffin Staffing Network, now ManeHire (class of 2014). 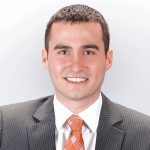 Now an associate at Shatz, Schwartz & Fentin, P.C., practicing in the areas of business planning, commercial real estate, estate planning, and elder law, he received an Excellence in the Law honor from Massachusetts Lawyers Weekly and was named a Super Lawyers Rising Star in 2014. In 2014, he became Springfield’s youngest-ever City Council president, overseeing the creation of the young professionals committee and the Community Preservation Act committee, which is bringing money into the community to benefit historic preservation, recreation, and open space. He also continues to serve on numerous civic organizations. 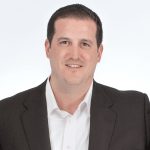 A 40 Under Forty honoree in 2013, Gagnon was recognized for his work as vice president of marketing at Excel Dryer, the business launched by his father. In that role, he not only saw the company’s staff double, but was an original seed sponsor of a U.S. Green Building Council’s Green Apple program, which helps build healthy learning environments for kids around the globe.

Today, Gagnon continues to give back to the community through his position on the board of the Children’s Study Home. He has also continued to lead the green movement, spearheading energy efficiency within his industry by recently developing a new product that not only dries hands fast, but uses less energy, making it the most environmentally friendly hand dryer on the planet. He has also been working on a new, ADA-compliant hand dryer designed for easy access for individuals who are disabled or mobility-impaired. 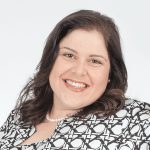 A 40 Under Forty honoree in 2013, Hogan is the regional director for the Massachusetts Small Business Development Center Network’s Western Regional Office. She has built partnerships across public, private, and civic sectors to achieve economic-development goals for the Pioneer Valley region.

In 2014, Hogan founded CoWork Springfield, the city’s first co-working space, which focuses on serving women and minority-owned businesses. In addition, she was appointed to the Governor’s Latino Advisory Commission in 2017, and serves on the boards of several organizations, including Common Capital, the New England Public Radio Foundation, the Minority Business Alliance, and National Junior Tennis and Learning of Greater Springfield. She was awarded the Grinspoon Entrepreneurial Spirit Award in 2017 and was recognized as a Woman Trailblazer and Trendsetter by the Massachusetts Latino Chamber of Commerce in 2016. 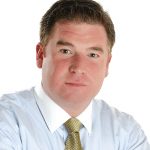 When Leahy was selected to the 40 Under Forty class of 2010, he was a five-time Holyoke city councilor, as well as the CEO and president of the city’s St. Patrick’s Day Parade and Road Race. He was also working for Alco Labs, a leader in eye-care medicine, and had won several awards for his business acumen, as well as serving on the boards of directors of the YMCA, the Holyoke Children’s Museum, the Holyoke Merry-Go-Round, the Boys and Girls Club of America.

Since then, Leahy has expanded his roles with the parade and road race, as well as serving as president of the Volleyball Hall of Fame and president of the Westfield State University Foundation board of directors. He is also assistant director of Business Development and Promotion Sales for the State Lottery Commission. Meanwhile, he has grown his civic volunteerism with service on numerous community organizations. 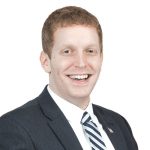 Morse and his team have spurred a pipeline of some $125 million in private projects over the past few years, and overseen significant streetscape improvements, new and renovated parks, ongoing rehabilitation of the mill buildings, a partnership with the Greater Holyoke Chamber of Commerce to launch the SPARK entrepreneurship program, and many new development projects. During his terms, community policing strategies have led to drops in crime, property values have gone up, and the unemployment rate has dropped. All this has helped create a new energy around a city that has in many ways been an afterthought in the region’s economic-development picture over the past few decades, but one that is clearly on the rise.

Volunteers Invited to Get Dirty for Cleaner Rivers