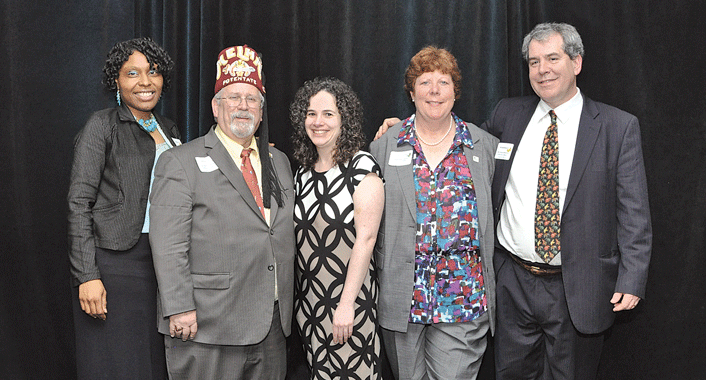 More than 300 people turned out at the Log Cabin Banquet & Meeting House in Holyoke on March 20 for a celebration of the Difference Makers for 2014. The photos on the next several pages capture the essence of the event, which featured entertainment from the Children’s Chorus of Springfield and the Taylor Street Jazz Band, as well as fine food and some poignant comments from the honorees. This year’s class, chosen by the editors and publishers of BusinessWest from dozens of nominations, and seen in a group photo above, are, from left: Paula Moore, founder of the Youth Social Educational Training (YSET) Academy; the Melha Shriners, represented by Potentate William Faust; the Gray House, represented by Executive Director Dena Calvanese; Colleen Loveless, executive director of the Springfield office of Rebuilding Together; and Michael Moriarty, attorney and president of Olde Holyoke Development Corp., chosen for his work with youth literacy.

For more photos go to here 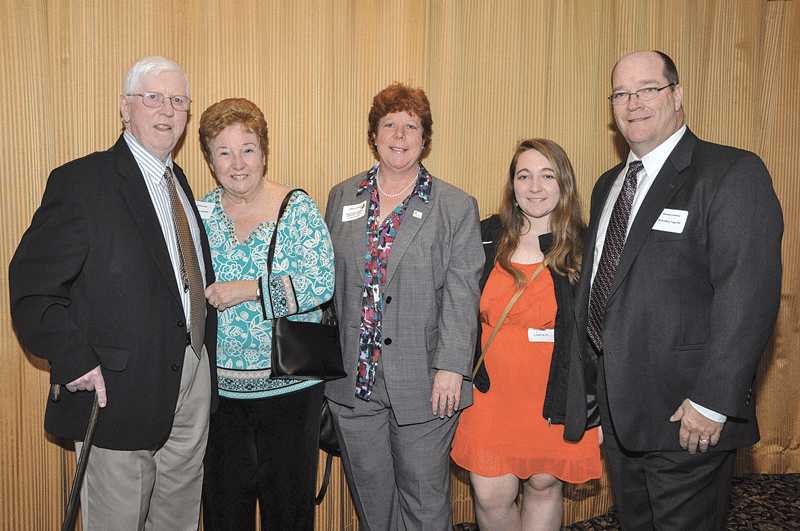 Difference Maker Colleen Loveless, center, stands with her parents, Jim and Pat Shanley, left, her husband, Donald Loveless, and her daughter, Taylor Loveless, prior to the ceremonies. 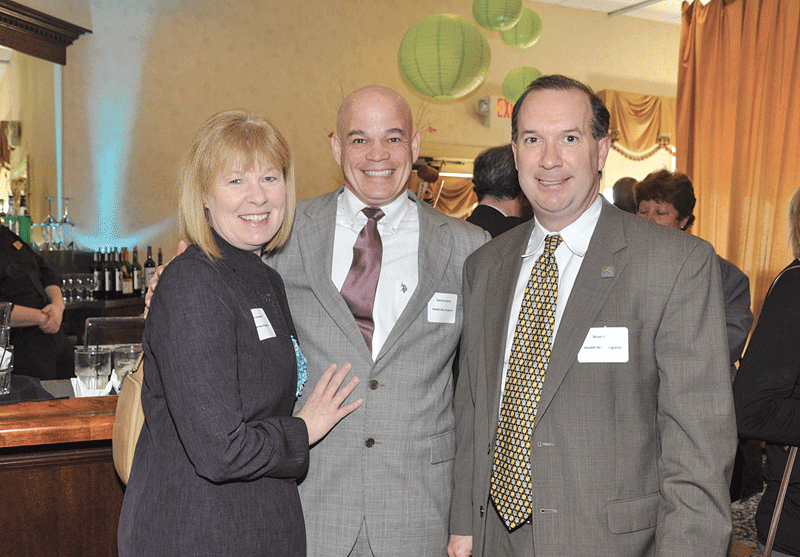 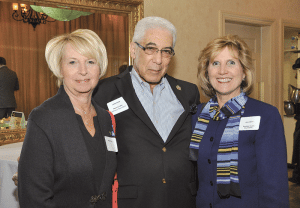 Jim Vinick, senior vice president of investments at Moors & Cabot Inc. and member of the Difference Makers Class of 2013, poses with speech pathologist Marjorie Koft, left, and Jane Albert, vice president of development at Baystate Health, another of the event’s sponsors. Karina Schrengohst, left, an attorney with Northampton-based Royal LLP, an event sponsor, talks with Crystal Boetang, an intern with the firm. 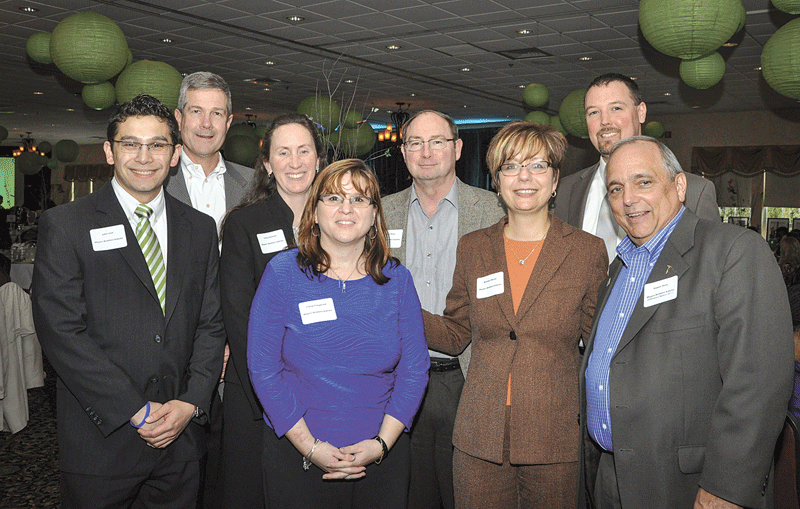 Team members of Meyers Brothers Kalicka, P.C., an event sponsor, gather prior to the ceremonies to show their support at the event. Front row, from left: John Veit, marketing and recruiting coordinator; Cheryl Fitzgerald, senior manager of Taxation; Brenda Olesuk, director of Operations and Development; and Robert Perry, past honoree and retired partner. Back row, from left: James Barrett, managing partner; Kelly Dawson, manager of Audit and Accounting; Kevin Hines, partner; and James Krupienski, senior manager of Audit and Accounting. Holyoke Mayor Alex Morse takes a few minutes at the podium to welcome the audience to his city and commend Difference Maker Michael Moriarty for his work in the realm of youth literacy in the Paper City. 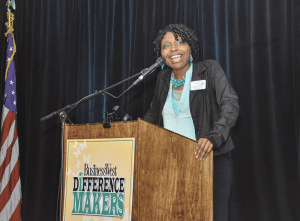 Difference Maker Paula Moore, recognized this year for her outstanding work with Springfield’s youth, offers words of inspiration after receiving her award. 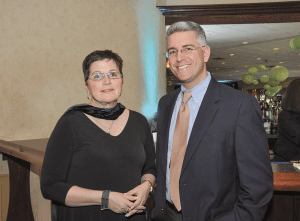 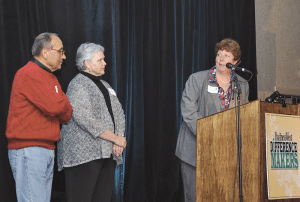 Difference Maker Colleen Loveless, executive director of the Springfield chapter of Rebuilding Together, was recognized this year for her work to help low-income families stay in their homes. Here, she introduces Oscar and Carol Granado, a couple whose home was renovated thanks to the organization. The Melha Shriners were recognized as Difference Makers for their commitment to bettering children’s lives, especially through their support of Shriners Hospitals for Children. Here, Potentate William Faust shares some thoughts with the audience after receiving the award on behalf of the organization. Michael Moriarty, honored as a Difference Maker for his work in youth literacy, shares his thoughts on that subject after receiving his award.