In response to alarming statistics concerning the health and well-being of Springfield’s children, the Irene E. and George A. Davis Foundation has launched its Cherish Every Child Initiative. The multi-faceted effort is a proactive attempt on the part of the foundation to secure a better future for Springfield, and the business community is being urged to get involved because the effort is as much about economic development as it is quality of life.

John Davis likes to relay the story he heard about a traditional greeting among the people of one village in Africa that translates into ’how are the children?’

"It’s not ’hi,’ or ’how are you?,’ or ’what’s happening?’" said Davis. "But, ’how are the children?’ That’s poignant, because that’s how any culture should gauge how healthy it is — by how well the children are doing."

It is with this mindset that Davis, former president of American Saw & Mfg. In East Longmeadow, and the Irene E. & George A. Davis Foundation, the philanthropic organization he serves as a trustee, launched an ambitious campaign called the "Cherish Every Child Initiative." The program, as the name would indicate, turns the spotlight on Springfield’s children — who are not nearly as healthy (figuratively and literally) as anyone would like.

Launched in 2000, the Cherish Every Child Initiative was designed to pinpoint the needs of the children in the state’s third-largest city — most of which are obvious — and to identify ways to address these needs, which are anything but obvious.

Davis — who refers to the initiative as a Springfield endeavor, not a Davis Foundation endeavor — described it as a proactive effort to improve the quality of life for Springfield’s children, and as such it represents a departure from the role of this and most other foundations.

"A lot of our gifts over the years have gone to children’s agencies, and much of that gifting was in reaction to someone coming to us with a need or a problem," he said. "We decided to take a different approach and say, ’what are the needs? … what can we do about them in a proactive manner to stem some of the problems?’"

Through a series of meetings involving government leaders, educators, human services officials, health care providers, and members of the business community, the initiative has identified several targets in an overarching plan for the delivery of integrated, high-quality services to young children and their families. The recommendations include plans to:

• Strengthen and coordinate services to families;

• Ensure early education and care for all children age 5 and under;

• Promote and sustain programs to optimize the health and well-being of young children and their families;

• Raise incomes for the families of young children;

• Establish quality of life indicators for Springfield’s young children and collect and disseminate reliable data on their status; and

Working groups have been addressing each of these recommendations, said Mary Walachy, executive director of the Davis Foundation, who told BusinessWest that a status report is due later this month. When it comes out, the groups that have been working on the initiative will have a better road map for reaching their destination, she said, but the bumps in that road will be many.

"All of the recommendations we’ve identified come with challenges," she said. "There won’t be any quick fixes to these problems, but together we can do things to provide a better future for these children."

Walachy said that one of the initiative’s major thrusts has been early education, and support of an endeavor called Early Education for All, which would provide free pre-school programs for every child in the state. The legislation now working its way through Beacon Hill is exemplary of the type of public policy the initiative is backing to improve the quality of life for Springfield children — and provide a better-educated workforce for the future in the process, she said.

Margaret Blood, who is heading the Early Education of All initiative, is also a consultant to the Cherish Every Child Initiative, and conducted interviews that helped identify the eight target recommendations. She called the effort unique in many ways and also a possible model for communities and states across the country.

"What the initiative has done is convene the community to address the issue of Springfield’s children," she said. "That’s important because that’s how these problems can be solved — with everyone pulling in the same direction." Blood told BusinessWest that the region’s business community must lend its support to the initiative, in part because it has the resources and the clout to influence decision-makers on public policy affecting children and families. But it is also a matter of self-preservation; healthier, better-educated children will create a stronger, more versatile workforce down the road, she said.

Davis concurred. "The business community has to look at its contributions to this initiative, whatever they are — time, money, energy — as investments," he said. "They won’t see any return on those investments in a day or a year, but they will be there in the long run."

Davis told BusinessWest that as he and others first started tossing around the idea of rallying a city around a program to improve the lives of Springfield’s children, the concept seemed like pie in the sky. But he said the sobering statistics kept driving home the necessity of such a campaign.

Those numbers paint a grim picture:

• Approximately 18% of Springfield’s households with children are headed by a single parent;

• Almost 63% of children under age 5 who are living in a female-headed household are poor;

• Approximately 38% of these babies are born to mothers who receive inadequate prenatal care;

• 10% of babies are born with low birth weights, and each year, approximately 20 of these babies die before their first birthday;

• Approximately 8% of Springfield’s young children are not covered by health insurance, and there is an extreme lack of routine dental care among thousands of children.

The Cherish Every Child Initiative is working to pull various constituencies — including the business community — together to do something about these statistics, said Walachy. She noted that the foundation, with its clout in the region, especially among non-profit groups vying for donations, has the ability to tear down many of the silos that segregate the groups working on various social issues, and get people in a room.

Once in that room, the goal is to get those groups together to identify needs and collect the hard data required to effect public policy and bring about change, said Walachy, placing emphasis on the need to qualify and quantify the challenges facing children and their families.

The enormity of the assignment has prompted many to question where and how to start, said Walachy, who told BusinessWest that all eight recommendations are being addressed at once, and the broad goal is to development a strategic plan of action.

"We start at ’A,’ and eventually we’ll get to ’Z,’" she said, adding that the process with each of the recommendations begins with an understanding of current conditions, and then moves on to setting realistic goals and devising specific methods for achieving them.

She and Davis both stressed that hard data is the key is to not only understanding the issues, but creating real change.

"You need data to make scientific decisions," said Davis. "Anyone can say, ’I think this,’ or ’I think that.’ But we don’t want to guess — we want to know what we’re up against."

One of the key elements of the initiative is public policy, said Walachy, noting that the problems facing Springfield’s children and their families cannot be solved by one foundation, despite its resources and its clout.

"The Davis Foundation isn’t going to end poverty for the children of Springfield, and it isn’t going to increase the pay scales, respect, and educational opportunities for our early childhood workforce," she said. "So a critical component of this work is in the public policy arena and the setting of an agenda that will address these areas we’ve identified."

To illustrate the initiative’s purpose — as well as the many layers of challenges awaiting those involved with this effort — Davis, Wallachy, and Blood focused on one of the recommendations, early childhood education, and a bill before the Legislature to spend $1.2 billion a year for voluntary half-day programs for all children ages 3 and 4 and for full-day kindergarten for 5-year-olds, regardless of their family’s income.

The plan is ambitious, said Blood, who told BusinessWest that the initiative has the backing of a number of business and labor groups — including AIM, the Mass High Tech Council, the AFL-CIO, and the United Auto Workers — that rarely come together on issues of this nature. The concept is also backed by statistics showing that, when children get a quality early education, they have fewer problems later on.

"The research is clear — a child who has a quality early childhood education does better in life," she said, citing data showing that the most critical learning period for humans is from birth to age 5. "They are more successful, they stay out of jail; quality early education cuts down on welfare, it cuts down on special education — there is a huge return on investment."

Those supporting the bill are stressing its long-term economic benefits, not its feel-good elements, and a $300,000 media campaign that began last month has been driving those points home.

But despite the statistical evidence, the "unusual constellation of supporters for the bill," as Blood called it, and the intense lobbying effort, the legislation is facing long odds for funding— at least for the immediate future.

With the state staring at an estimated $2 billion deficit and many popular programs facing cutbacks, both state Senate President Robert Travaglini and House Speaker Thomas Finneran say it will be difficult to fund the bill this year.

And if and when it is funded, there are other issues that will emerge, said Blood, noting that the Commonwealth currently has no statewide vision on how to attract and train the teachers necessary to provide all that early education.

Pay scales in Boston for such positions are about $8 to $10 per hour, she noted, and even worse elsewhere. Unless there is a profound change in how early education teachers are valued — and compensated — there will be problems finding adequate numbers of teachers.

But Blood views the early education campaign — one she has poured three years of her life into — as a marathon, and she says the Cherish Every Child Initiative looks upon its work in the same way.

"We’re looking at this for the long haul — Springfield has the third-highest child poverty rate in the state, and Cherish Every Child is not going to make a huge dent in that tomorrow," said Walachy, who told BusinessWest that the immediate goal is for the community to take ownership of children’s issues and not view them as someone else’s problems.

For the business community, this means coming to understand that investments in children today will generate a stronger workforce tomorrow. Beyond that, however, steps to curb poverty and make children healthier will leave the community with fewer financial burdens, said Davis.

"Most business owners are long-term thinkers — they don’t invest in a new machine and look for the payback the next day," he said. "We want them to understand that the same works when you invest in children; the payback isn’t immediate, but there is a return on investment."

Summing up the Cherish Every Child Initiative, Davis said it is "a process, not a lightning bolt."

By that, he meant that this is an initiative with no quick fixes, a campaign that will have hard-earned results that may not be seen for many years.

And it’s a process that would move more quickly and more effectively if more people would ask the question, ’how are the children?’ 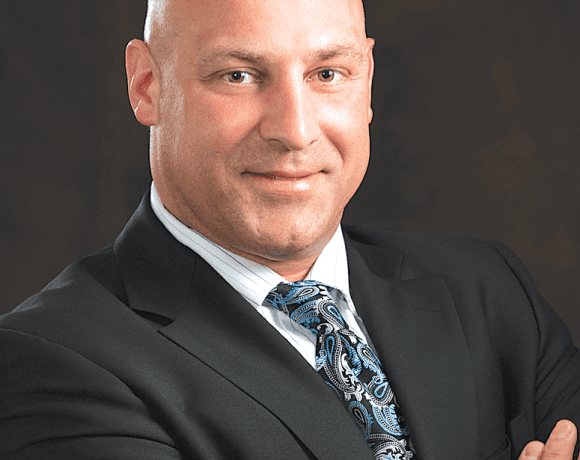 When Green Is Not the Way to Go