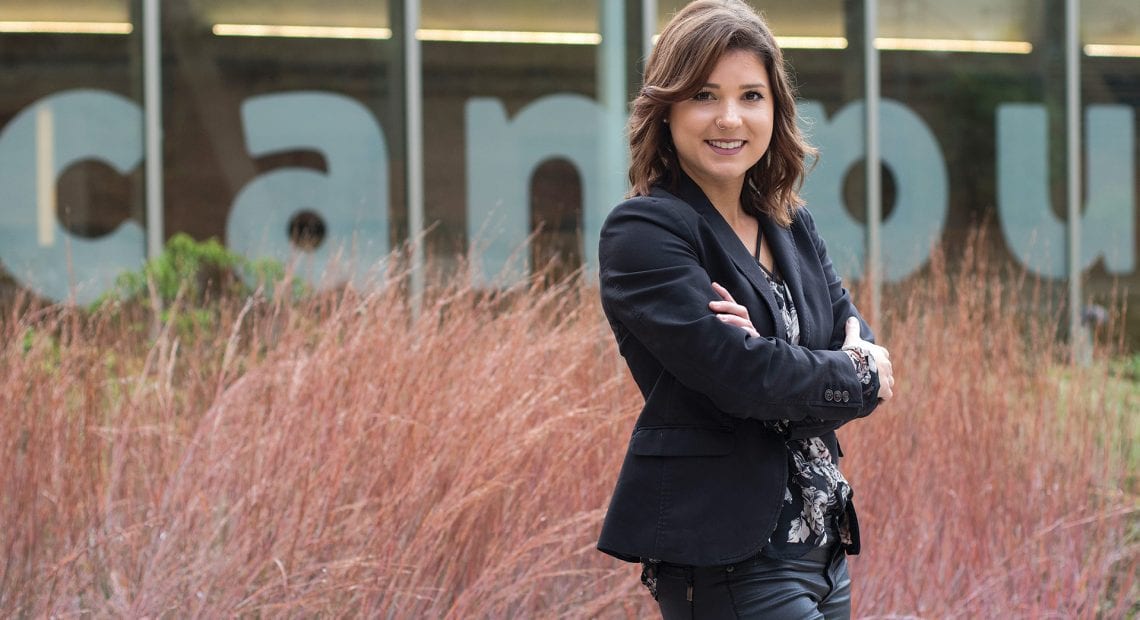 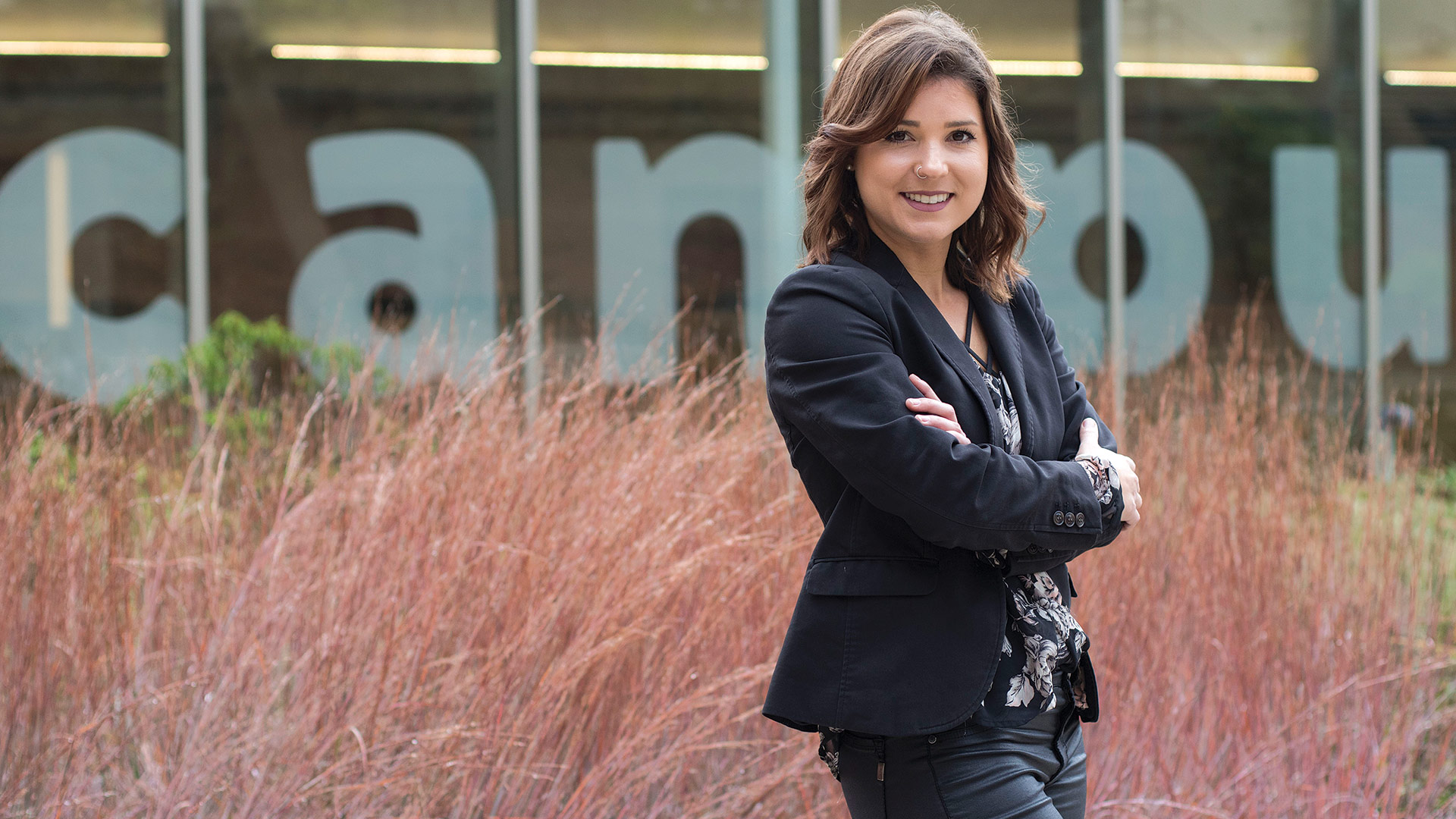 A mom of two young children, Alysha Putnam strives to be a mentor for women of all ages in the PVWIS.

Science, technology, engineering, and math (STEM) jobs have historically been labeled careers for men. Those stereotypes, along with unfair treatment of women in STEM, have dissuaded many from beginning or furthering such careers. Luckily, women in STEM are becoming less of an exception, and thanks to the hard work and dedication of many colleges and organizations, women now have more resources than ever to follow their STEM dreams.

Wearing many hats is a common theme for women in STEM (science, technology, engineering, and mathematics) fields.

Parent, teacher, student, and scientist are only a few that Alysha Putnam can name off the top of her head.

When speaking about her journey, she recalls it was a bumpy road, and says several female mentors helped her become the successful woman she is today.

“It was because of various key people — particularly women, actually — who believed in me despite the life challenges that I was going through, that I was able to be successful despite all the chaos,” she said.

One of these women was her master’s adviser, Paulette Peckol, who, as Putnam recalls, was very accepting of the fact that she had two young children and was flexible with her schedule.

Now, as a teaching and research assistant at UMass Amherst in the organismic and evolutionary biology Ph.D. program, she teaches classes while pursuing her research-focused doctoral degree. Throughout this journey through education, Putnam said, she has developed a strong passion for giving back in the same way she was supported.

Unfortunately, women in STEM, including moms like Putnam, have historically faced backlash, oftentimes driving them away from pursuing a career in these fields or even discouraging them from continuing to climb the ladder once they are established. But Putnam and other women in Western Mass. are using their own personal experiences to try to improve the lives of other women who are hoping to make it in these fields.

That’s why Putnam wears yet another hat: co-founder of Pioneer Valley Women in STEM (PVWIS). She and fellow co-founders Melissa Paciulli, Beth McGinnis-Cavanaugh, and Michelle Rame dedicate much of their time to being a support system and connector to women either already in STEM fields or pursuing such a career. Putnam is an alumna of Holyoke Community College (HCC), Paciulli serves as the director of the STEM Starter Academy at HCC, and Rame is an HCC graduate and current engineering student at Western New England University.

One of their biggest goals is to squash many of the stereotypes that surround both women in STEM, at community colleges specifically.

“Stereotypes in STEM as a whole exist,” Paciulli said. “I think it’s important to really recognize that all people belong in STEM — people of all abilities and all races and all sexual orientations. We at PVWIS really believe in inclusivity, and through the community colleges we can provide access to a wide, diverse population for STEM, and we can really tackle that issue of diversity in STEM through our work within the region and within the community colleges.”

And they are not the only women in the area making it their goal to help women pursue and excel in these fields.

Gina Semprebon, founding director for the Center for Excellence in Women in STEM (CEWS) at Bay Path University, notes that her own experiences inspired her to start this program to help women pursuing STEM careers.

“I had a really hard time trying to break into the STEM field when I did,” she said. “It was so clear, even as a student for my graduate work, that there was bias. The males were breezing through, and the few women that were in there were not getting the help or support they needed, or were actually being thwarted.”

Fortunately, programs like PVWIS and CEWS are providing access to resources and educational opportunities for these women to follow their passion and climb the STEM ladder.

When Susanna Swanker walked into the first day of her college internship, the women’s restroom had to be cleaned out for her because it was being used for storage. 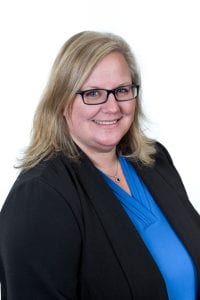 At S.I. Group (formerly Schenectady International), she was a chemist working on a pilot project. Aside from the secretary (whom Swanker bonded with very well), she was the only woman in her area. She remembers going to work in a hardhat and jeans while her other friends in accounting or social-services positions were getting dressed in business professional attire.

“It’s a different field, so you have to be willing to do those things,” she said. “I think sometimes maybe that’s a little off-putting or it’s not so attractive for people. But if you love the work, and I think that’s maybe where the challenge is, you get past that.”

Now dean of the School of Business, Arts, and Sciences at American International College, she is working toward refining STEM programs at the university to better fit students’ interests.

Being the only woman in a STEM room is not limited to the workplace. McGinnis-Cavanaugh said it is not unusual for her to be the only woman in the room while she is teaching engineering courses at Springfield Technical Community College.

While the percentage of female faculty in STEM programs at STCC is healthy, she said, the female student population is not so great. 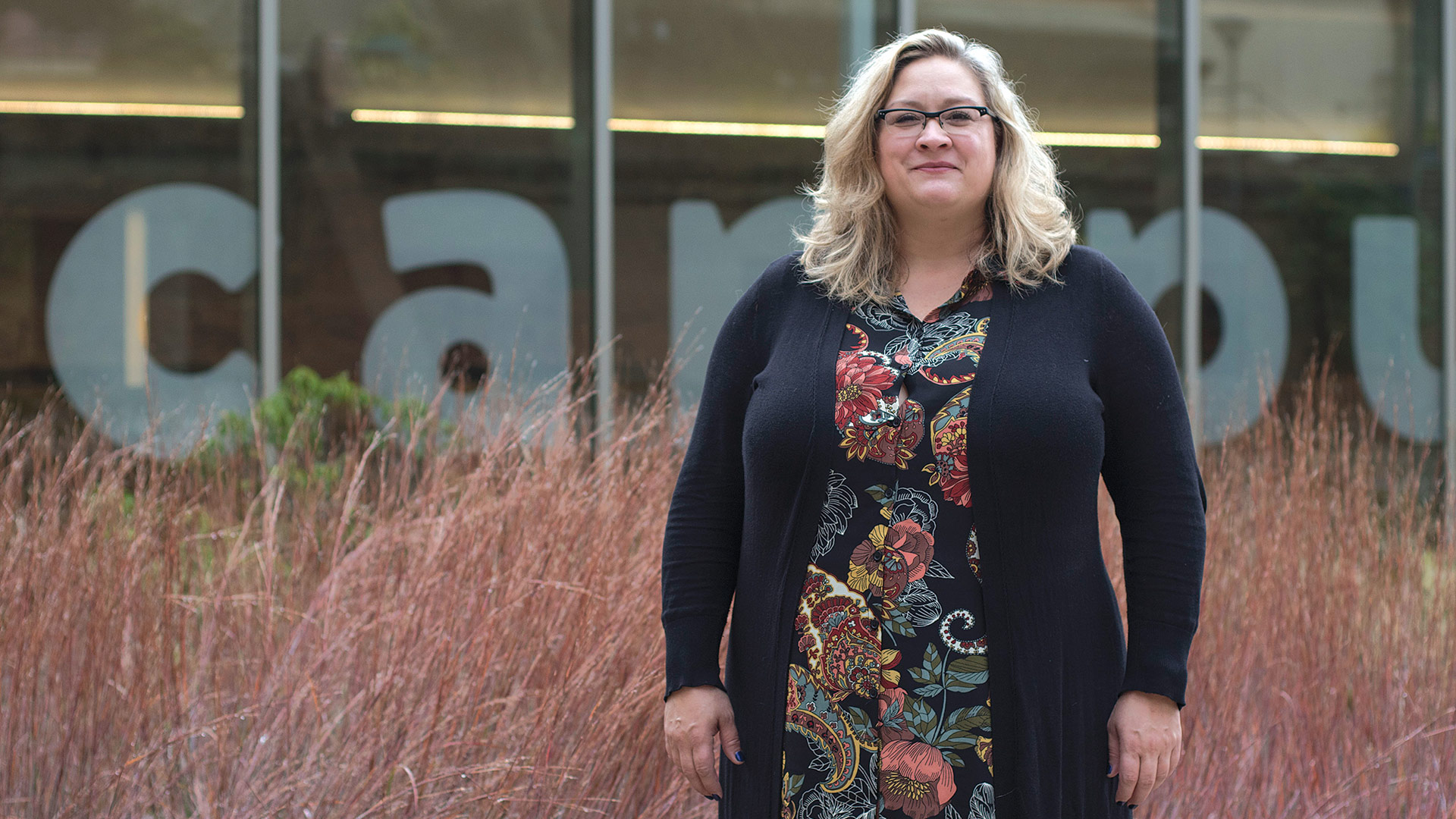 Melissa Paciulli says the events hosted by the PVWIS are intended to make connections and build relationships among fellow STEM women.

Being a woman who went to community college and experienced many of the same struggles her students now face is one of the main reasons why she co-founded PVWIS and continues to teach at STCC.

These stigmas, she said, are an issue of equity in the community-college world, and the everyday issues women in STEM often face come back to one word: access. 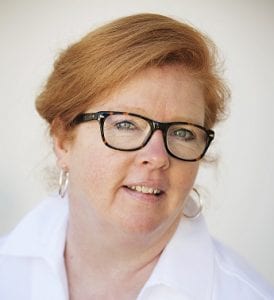 “There should be no difference between the opportunities that men and women have,” McGinnis-Cavanaugh argued. “We kept coming around to the same thing, that our students needed access. That was the word that we kept coming back to. We were trying to think of ways that we could expose them to professional women, to professional situations and professional networks.”

Bay Path’s Leadership Exploration Analysis Development program has similar goals. This 100% online initiative under the CEWS umbrella provides a certificate to early- to mid-career women in STEM fields, giving them the leadership skills they need to advance in their career.

Michele Heyward, founder of PositiveHire and CEO of Heyward Business Consulting, acts as an industry expert for the program, and says this certificate provides women with the tools they need to continue to move up the ladder in their career.

“Men are generally promoted based on potential, while women and people of color are promoted based on the proof that they know what they’re doing,” she said. “It is truly essential to have programs like this that are in place, active and engaging for students who are generally going to go out into a workplace where they may be the only one.”

Caron Hobin, vice president of Bay Path, partnered with Semprebon on CEWS and says stereotypes and stigmas faced by women in STEM made it a no-brainer to kick-start the program in 2013.

“I was moved by the statistics that would scream loud and clear that women were just not advancing at the same level as men,” she said. “You’re surrounded by really sharp women, and you look around and say, ‘why is this?’”

Toward a More Equal Future

The statistics speak for themselves.

According to Million Women Mentors, 75% of STEM workers are male. In addition, only three out of 12 women who graduate with a bachelor’s degree in a STEM field still work in a STEM career 10 years after graduation.

That is why programs and organizations like CEWS and PVWIS exist, and these stigmas are slowly being squashed.

“We see ourselves as being the connecting point of all these different women across the Valley and bringing them together to support each other, to share knowledge, to encourage, to uplift, to make connections, to empower,” Putnam said. “As we interact with our community-college students here in Western Mass., we are seeing incredible women of all ages coming through the community-college system who are very capable and smart and just need the support and encouragement to say, ‘yes, you can do it.’” 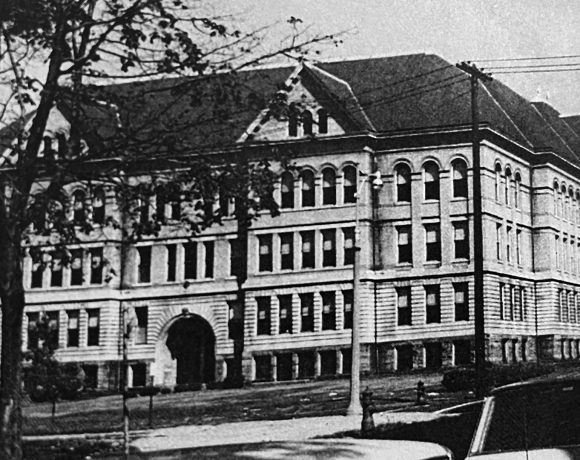 At 75, HCC Celebrates All That’s Changed, and All That Hasn’t 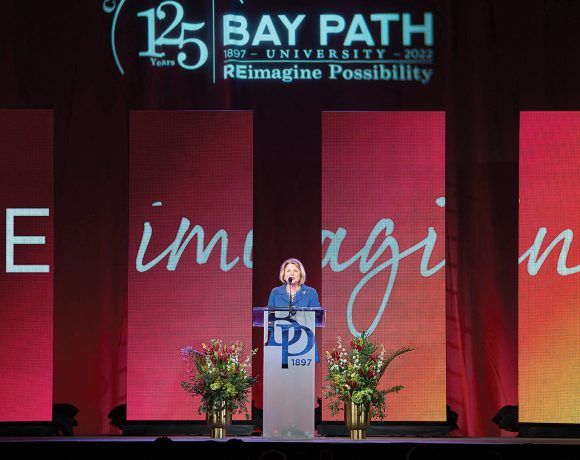 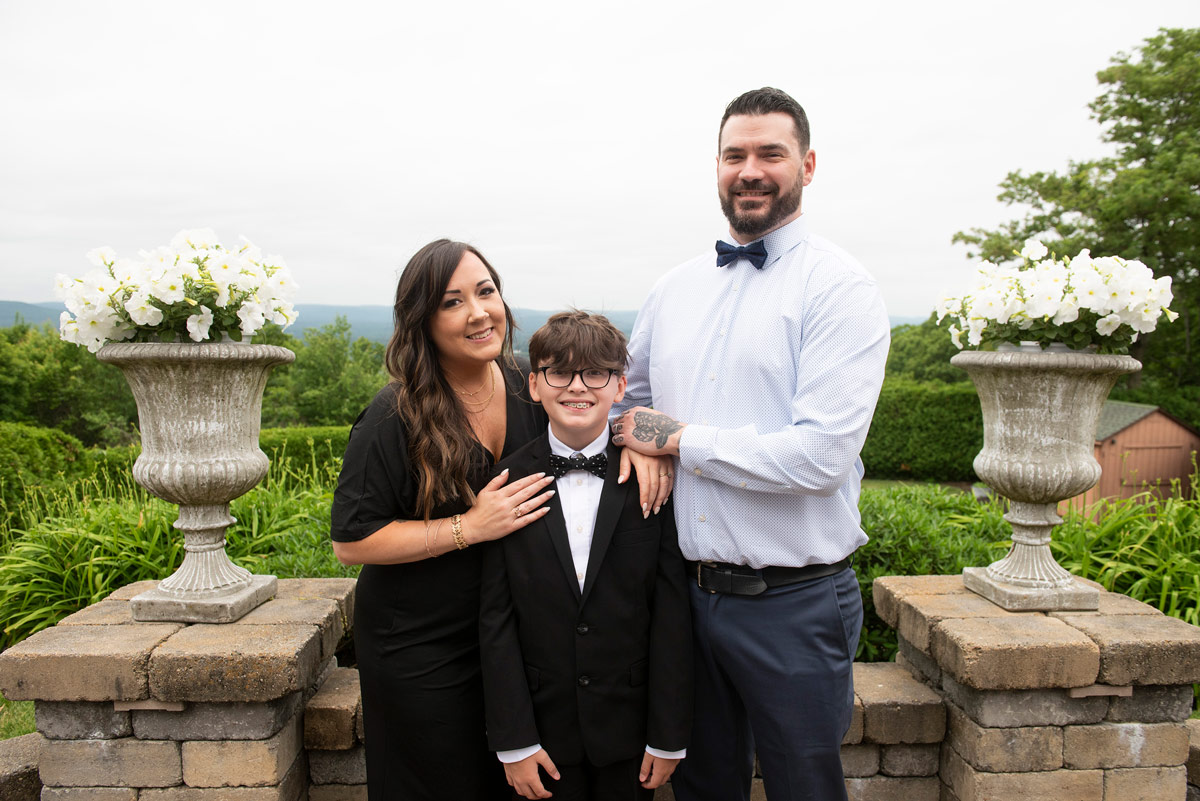 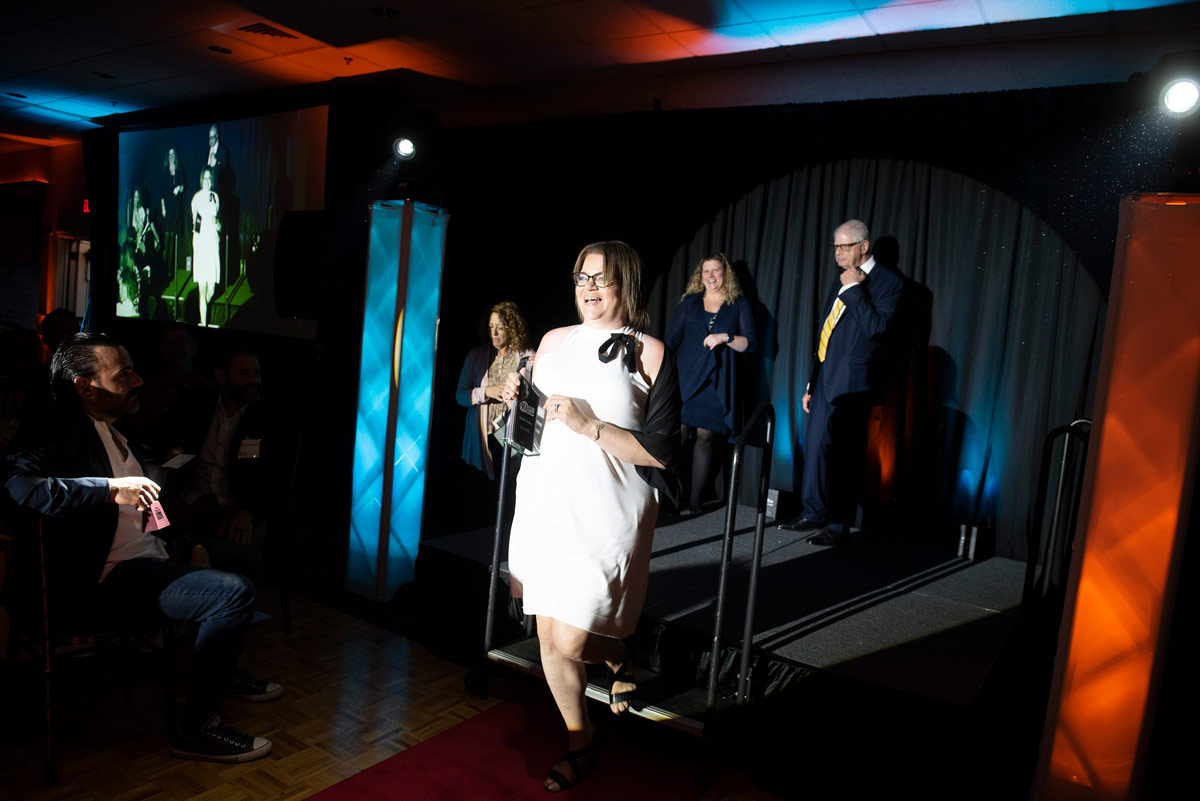 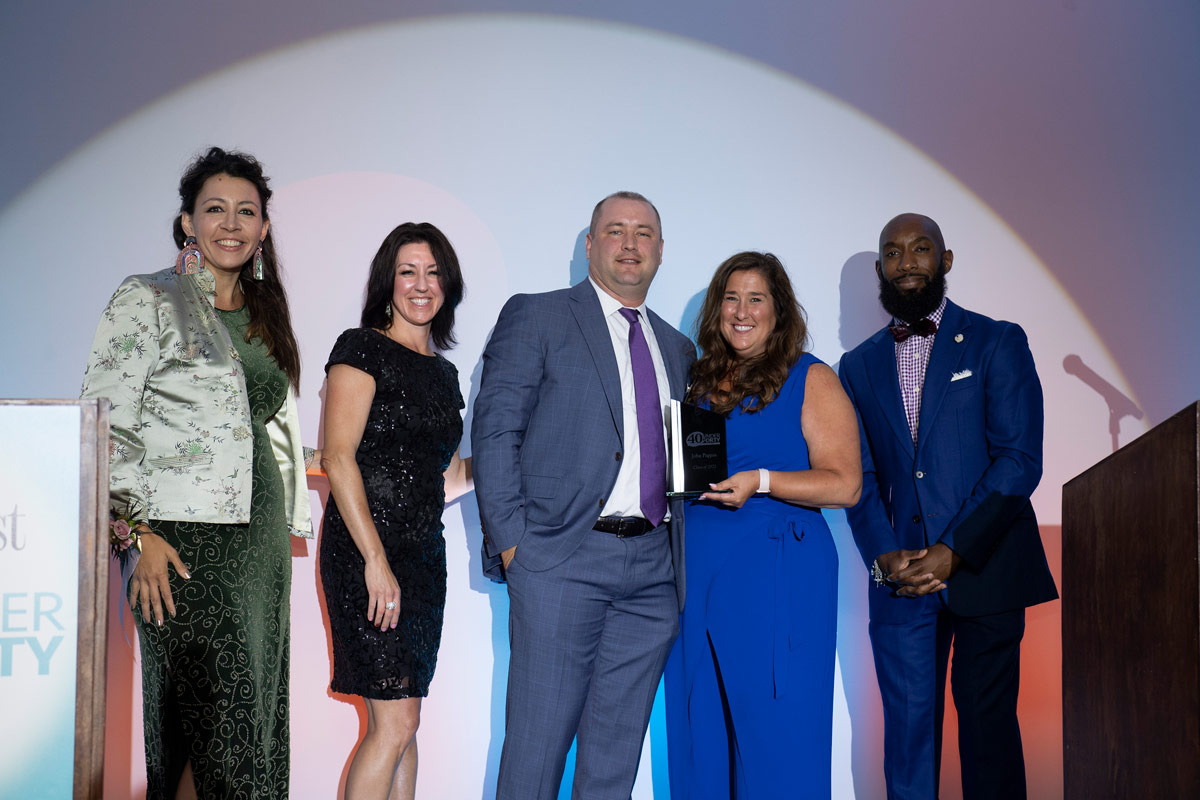