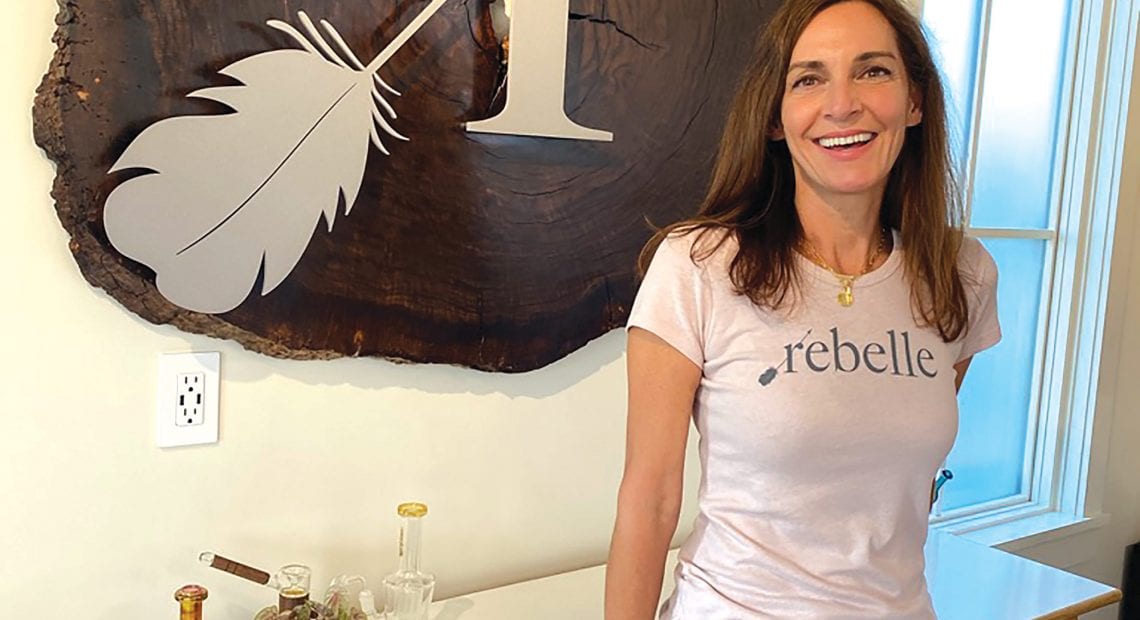 Charlotte Hanna calls it “moving from bullets to buds.”

That’s how her company, Community Growth Partners (CGP), has characterized the renovation of the former Yankee Hill Machine plant in Northampton, once used to manufacture rifle silencers and accessories, into a cannabis cultivation and manufacturing facility.

But it also signifies something even more powerful, she said — an ongoing partnership between CGP and Roca, an agency that helps young men traumatized by urban violence to build emotional and workplace skills and forge a new path.

CGP has been employing Roca clients for more than a year at its flagship cannabis retail store in Great Barrington known as Rebelle, and will create about 50 more such jobs at the 23,000-square-foot building on Ladd Avenue in Northampton later this year.

It’s a way, Hanna said, to create pathways into a fast-growing industry for populations that were negatively impacted by the marijuana laws of the past.

“I like to call it just and equitable capitalism,” she added. “It’s a for-profit venture, but we’re trying to do things in a way that positively impacts people. I think the cannabis industry is the perfect industry for that. Our country put a lot of people in jail because of cannabis; a lot of wrongs need to be fixed. It seemed like a perfect opportunity to build this social experiment to see if we can have a company that does well, but also does good.”

Hanna was seeking a career change when she began researching opportunities in the cannabis field.

“I’m a relative newcomer to the business,” she said. “I started exploring the industry in 2018, figuring out where the licensing opportunities may be. I’m based in New York City, and my home state, at the time, was very restrictive, with no opportunities to get into the business — so I turned my attention to the closest state to my hometown, where licensing was just opening up.”

Early in her career, she worked with grassroots organizations on social-justice issues, but found it difficult to live in New York on a nonprofit salary, so she pivoted to Wall Street, where she worked in finance with Goldman Sachs for a decade, followed by ventures in real-estate development.

Cannabis is what she calls the third phase of her career — and one in which she can once again work for social justice, this time in the form of social equity through employment. She was familiar with Roca from time spent in Boston, but didn’t know the organization was active in Western Mass. until, while driving in downtown Holyoke one day, she spotted a man wearing a Roca T-shirt, pulled over, and asked him about it. As it turned out, Roca had recently opened an office in Holyoke, and she stopped by.

“I’m excited to be very transparent about what we are and what we do, and I hope we find values-driven consumers who want to buy from a company that’s trying to do good.”

“I said, ‘how about entrusting your young people with me to work in the cannabis industry?’” she told BusinessWest. “I was surprised with how enlightened they were. They said, ‘we can’t believe no one has come to us before. We think it’s a great idea for our young people; we don’t have a problem with cannabis.’ That’s how I found them, by coincidence. No, kismet — it was meant to be.”

She’s a believer in supporting diversity in the cannabis business for the same reason the state established social-equity guidelines intended to bring opportunities in the industry to populations hard-hit by the U.S. government’s war on drugs that began in the 1970s. 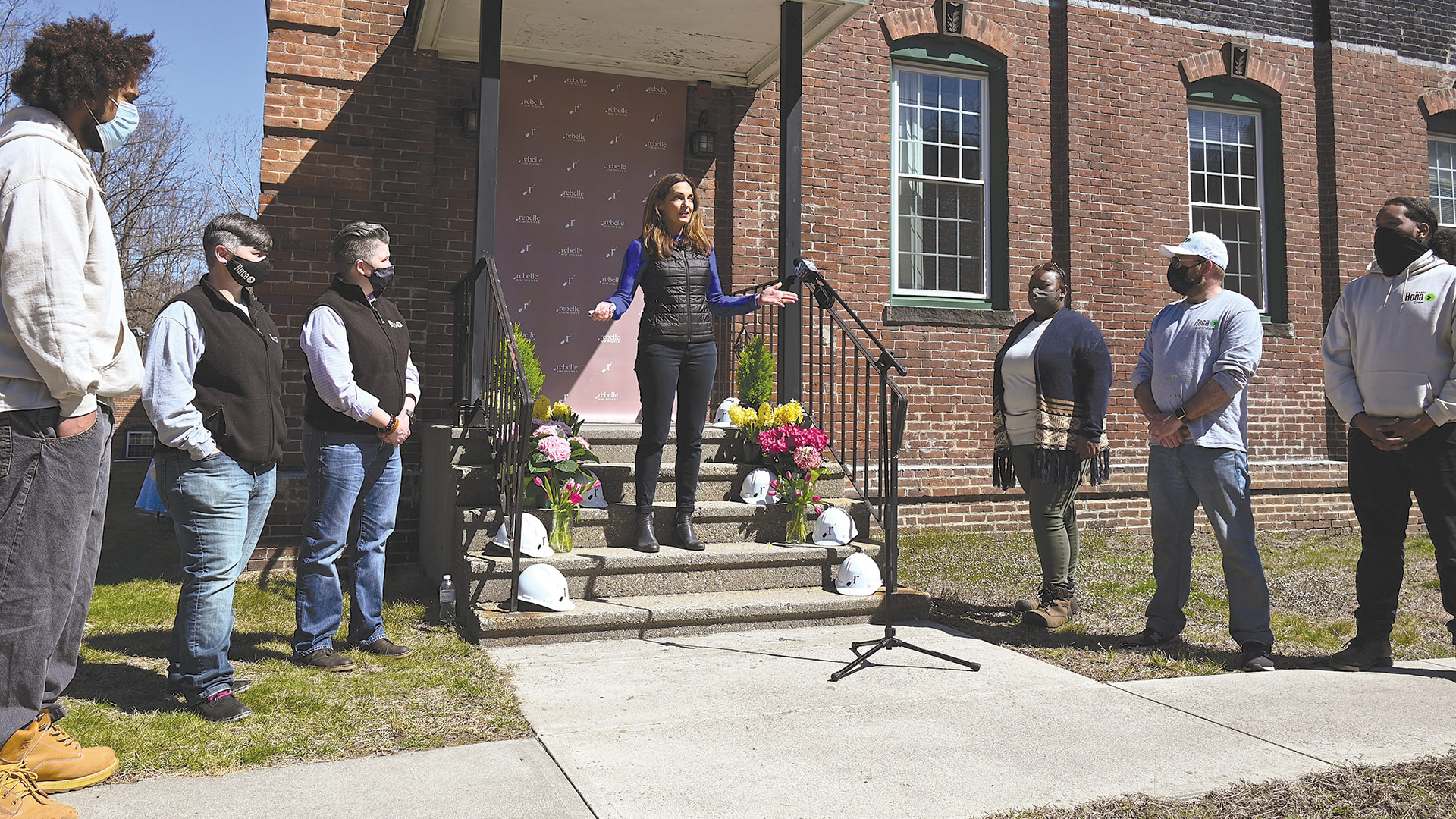 Charlotte Hanna and members of Roca celebrate the start of construction at CGP’s Northampton facility.

“The war on drugs disproportionately impacted people of color,” Hanna said. “Great Barrington isn’t the most diverse place in the world, but I think we have good people who come from all backgrounds.”

For some of the Roca workers, it’s a long commute to that corner of the Berkshires, and some don’t have cars, so Hanna pays the agency to drive them back and forth. Northampton, as a second CGP site in Western Mass., may provide some flexibility in that regard. “The commitment at Roca runs deep,” she said. “They feel good about what we’re doing.”

So does Northampton, she said, praising the city for being especially friendly to cannabis businesses and not requiring a special-use permit as an additional layer of bureaucracy, simply a host-community agreement and a building permit. The site is also located in an opportunity zone, which confers additional tax advantages to businesses that invest economically in low-income neighborhoods.

“We’re going to be creating a lot of jobs here,” she said. “We’ll be staffing up with a lot of entry-level jobs from Roca, but also opportunities for management jobs; we’ll be building up our skilled extraction and manufacturing and processing teams as well.”

Hanna said she’s a fan of the Roca model of training, one that puts clients in lengthy, simulated work experiences and stresses job-readiness skills, so they’re ready to enter any work environment for further training in that field. In other words, Roca is teaching young people how to learn and be adaptable, so their opportunities are unlimited.

Cannabis seems to be an industry of unlimited growth as well — or, at least abundant growth, if the continuing proliferation of cultivation, manufacturing, retail, and other types of businesses is any indication.

While COVID-19 slowed the pace of fundraising and business development last year, Hanna said, she’s looking forward to opening the next phase of the CGP network. Besides the Northampton expansion, current growth initiatives include a wholesale and delivery license in Massachusetts, a pending craft-grow license in Illinois, and Rebelle’s new lifestyle-focused line of cannabis products and accessories that will launch in 2021.

“We always wanted to be vertically integrated,” Hanna said of the ability to control her own products from seed to sale. She pointed to the pandemic-fueled supply shortages in many industries last year as a good reason to take control of her own supply chain.

She added that opening the retail side of the business before the production side also helps the company learn what types of products customers want before they start making them.

“We live in a more transparent world than ever, and I hope consumers are more educated than ever,” she said. “I’m excited to be very transparent about what we are and what we do, and I hope we find values-driven consumers who want to buy from a company that’s trying to do good.” u 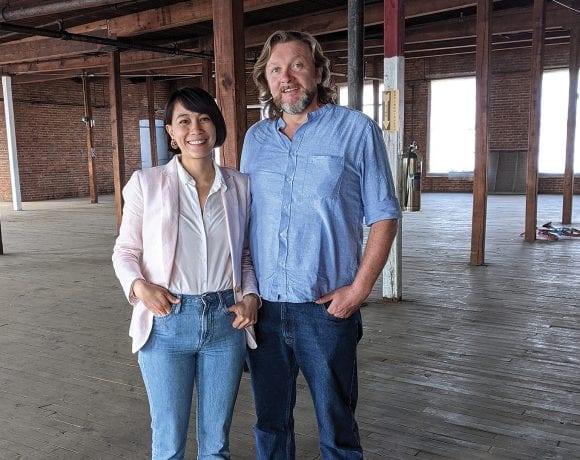 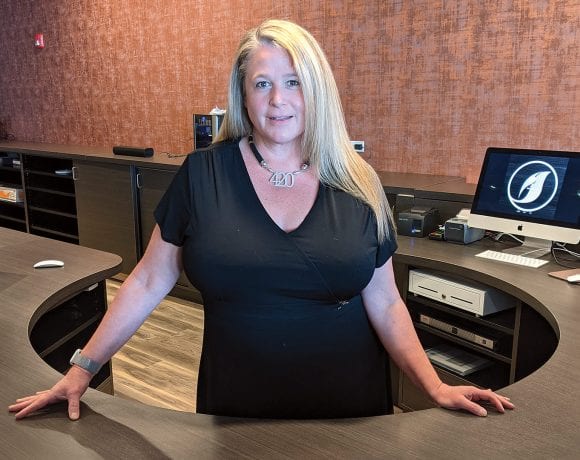 Turning Leaf Centers Plants Itself Firmly in the Community 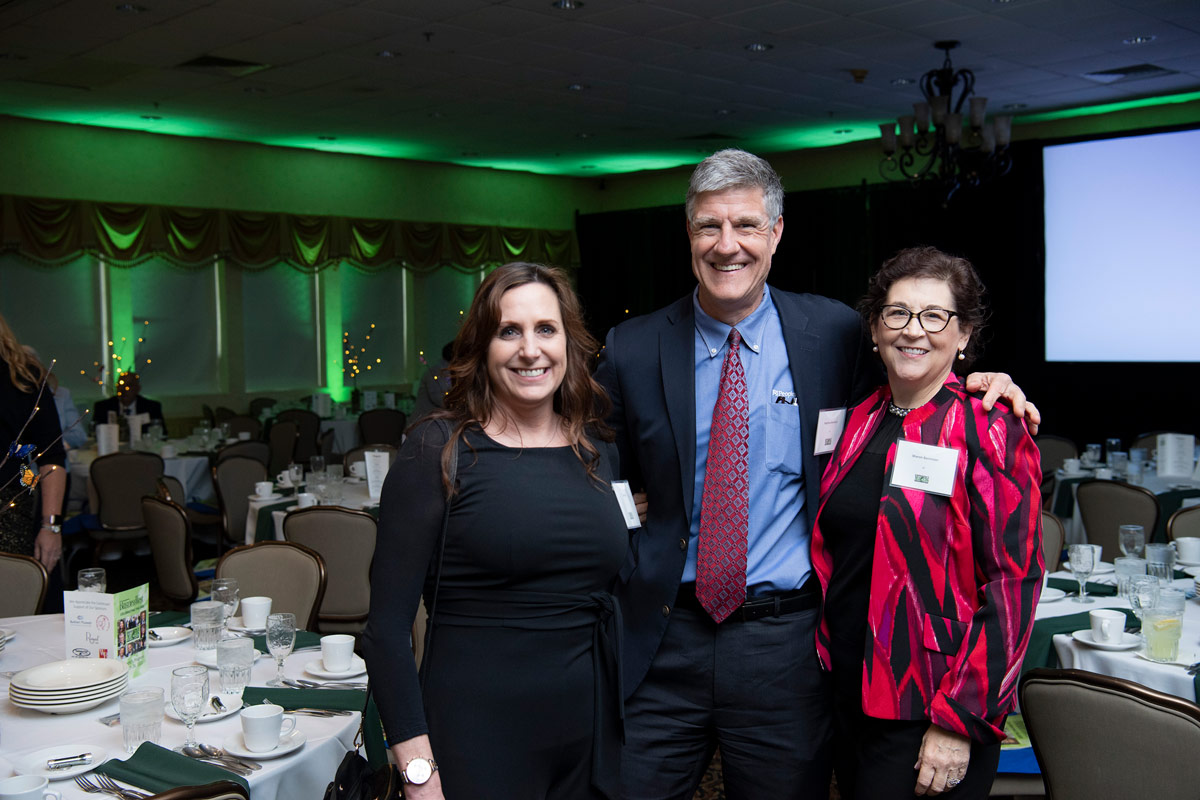 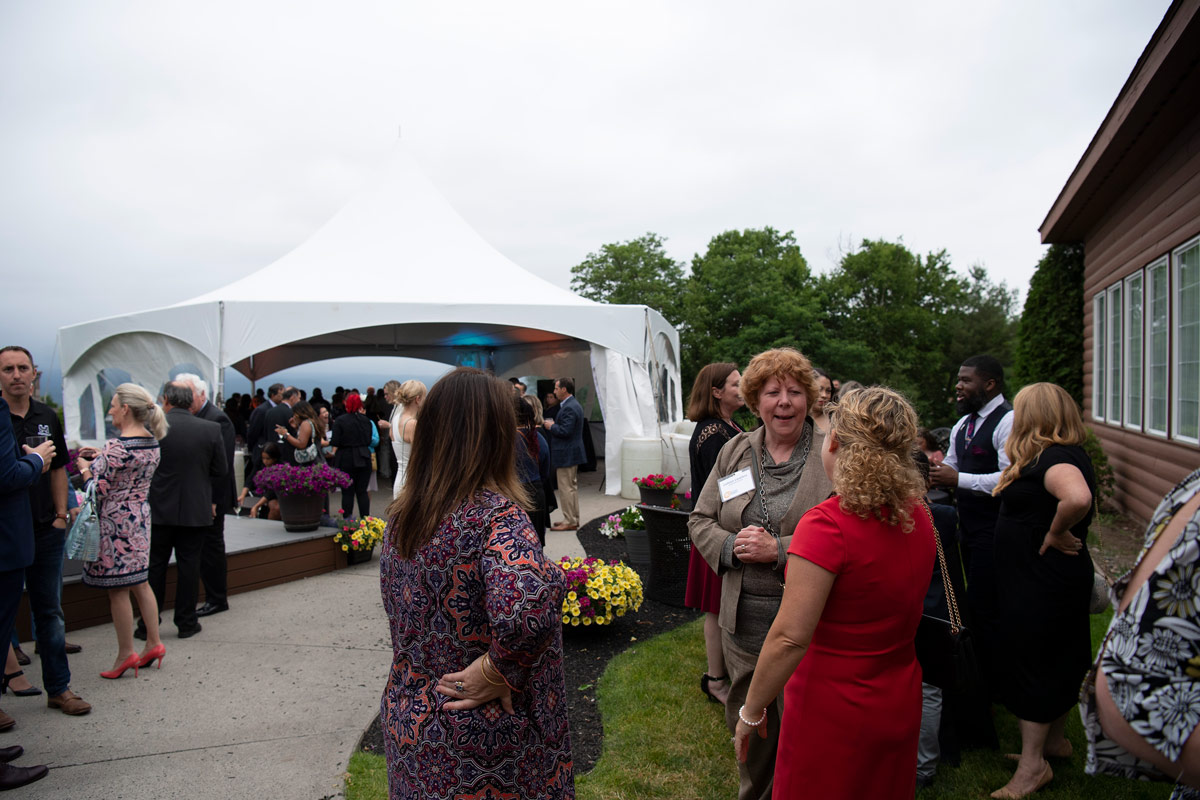 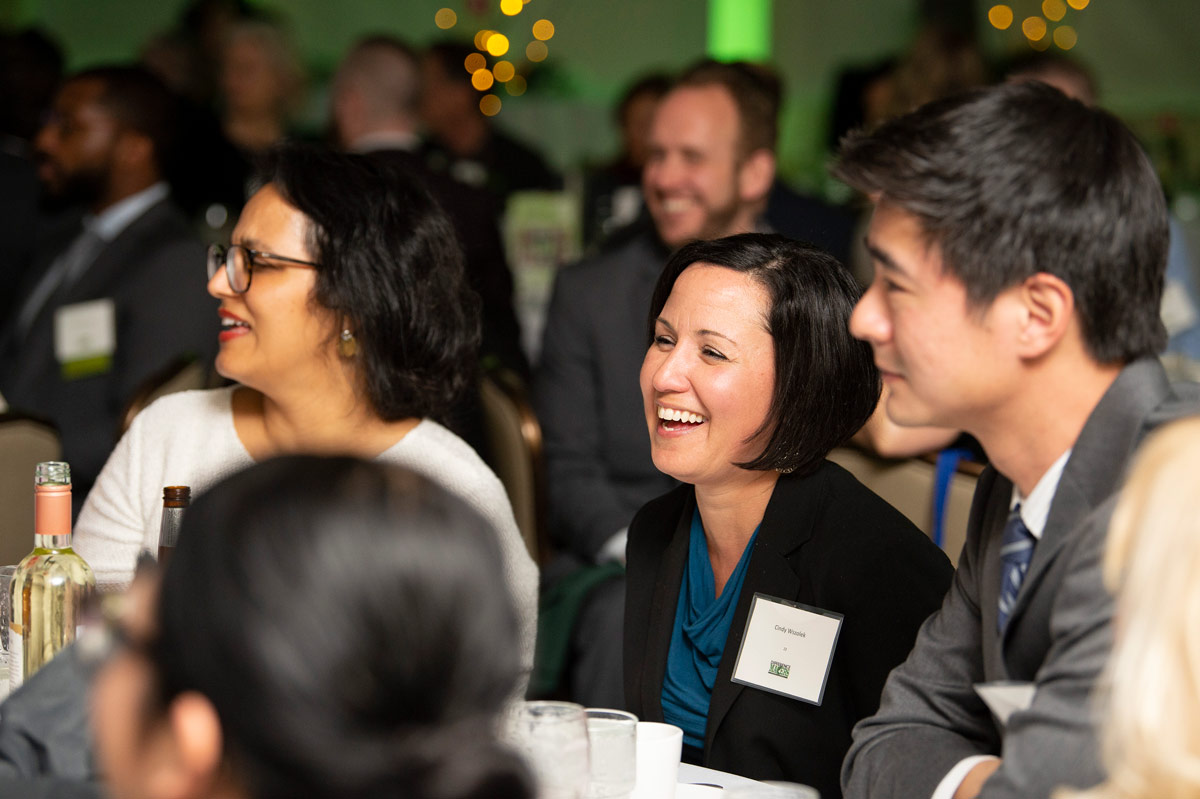