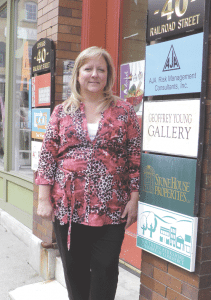 Christopher Rembold calls the economic activity that has taken place in Great Barrington during the last year “a rising wave.”

“It’s a really exciting time, and things are just going to get better with all of the projects and investments that are being made here,” said the town planner, noting that the community’s walkable downtown — featuring a Main Street that bustles with business in small shops and eateries — has been extended in the past year, thanks to businesses and developers who purchased and are renovating and moving into historic buildings.

But the vitality that the hub of the Southern Berkshires is known for has been carefully crafted.

“Economic development is very important to Great Barrington, but the way we define it is particular to our community,” said Town Manager Jennifer Tabakin. “People really value local businesses and the quality of life here. We have a beautiful environment with conservation land and natural resources, so it’s a matter of keeping things balanced while supporting sustainable growth that is appropriately scaled.”

The town created a so-called master-plan framework three years ago, which was passed by the Board of Selectmen and earned the prestigious American Planning Assoc. Masssachusetts Chapter Award. “It is a very comprehensive vision that came about after hundreds of meetings with town staff members and community members who looked at our strengths, our weaknesses, our challenges, and our values,” said Tabakin, adding that anyone who wants to start a business in Great Barrington can access the document on the town’s website, www.townofgb.org. “It’s a wonderful resource that defines where we want to go.”

Rembold agreed and said the key element in the plan is promoting locally based growth.

“Many of our buildings and downtown businesses are owned by people who live in Great Barrington, and although they may not employ a lot of people individually, together they employ a great number,” he said. “These business owners are active in our civic organizations and contribute to our nonprofits and our award-winning Fairview Hospital. Small businesses tend to be resilient, and almost every business has relationships with other businesses and with our banks, which makes for a tight-knit community.

“We hope to attract more activity in line with that,” he went on. “Great Barrington is not looking for large corporations.”

However, Tabakin said opportunities to establish new businesses or expand still exist in publicly and privately owned property. “We hope to attract companies that will employ younger people,” she added, noting that the town’s population contains a high percentage of retirees, and officials would like to attract more members of the younger generations to the community.

For this, the latest installment of its Community Spotlight series, BusinessWest examines the many positive developments in Great Barrington, and how that wave Rembold described is just starting to build.

The success of the local businesses that dominate the Great Barrington economy is fueled by a number of factors, which include an active arts community, the town’s location — near the New York border and not far from many other destinations in the Berkshires — and its plethora of small shops and boutiques.

Many of these ventures have expanded, and some have earned national recognition.

McTeigue & McClelland is one of them. The jewelry store plans to move from its location on 597 South Main St. into the former Christian Science church on Main Street. “They purchased the structure last year and are renovating it and expanding their business,” Rembold said. “It is a real success story because they are also protecting and preserving an historic building. The company is nationally known, and we are lucky to have their business here.”

He added that Salisbury Bank is another example of a business that has chosen to invest in Great Barrington’s downtown. “They opened a new branch on Main Street last week. They renovated an old structure because they wanted to be downtown in a historic building. And the Barrington Boutique, a bed and breakfast with an artistic look, also just opened. It covers the entire third floor of an historic building, and they put in an elevator.

“I could go on and on with examples like this,” he continued. “There are so many businesses who want to be in Great Barrington and Housatonic.” 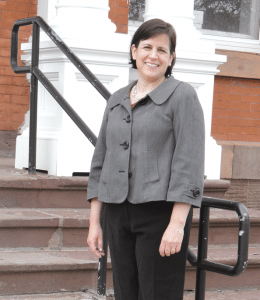 Betsy Andrus, executive director of the Southern Berkshire Chamber of Commerce, concurred. “A new furniture store is about to move in on Main Street, and over the past three months, the chamber received three calls from store owners who wanted to find space in Great Barrington,” she said.

Shoppers appreciate the fact that the town issues its own currency, called Berkshares, which can be purchased at local banks. “It’s popular because it gives people a 5% discount when they are shopping. The program has recently expanded, and architects, printers, and other business people also accept Berkshares,” Tabakin said.

Andrus said the walkable downtown area, which is intersected by side streets housing small businesses, is always bustling with activity. “Nothing stays vacant for every long. Things move very quickly, and in the past year Main Street has seen huge renovations,” she told BusinessWest.

The former Betros Market on the north end of the street, which was a blighted property for many years, was purchased a year ago and has been completely renovated. “It is fully permitted for a 2,500-square-foot, 90-seat restaurant, and the owner is looking for businesses who want to lease space in it,” Rembold said. “And a year ago, Cumberland Farms redid the look of their structure. There has been a lot of progress in that area, and the street is expanding north and south. Our downtown is no longer limited to a small area.”

Although most downtown storefront space is occupied, space zoned for business use is available in a number of other locations, including three former schools on the Searles/Bryant campus on Bridge Street. “The river runs behind the buildings, and Iredale Mineral Cosmetics, which is one of our biggest companies, is in the former middle/high school. The complex is noteworthy because it’s LEED-certified,” Tabakin said, adding that it was the first project of its size to receive the LEED Gold designation in Southern Berkshire County.

She said the Bridge Street corridor, which the complex sits on, is a prime location. “Iredale is the anchor company, and the property is adjacent to other successful businesses on Main Street. But the big news is that Main Street is being reconstructed. It is long overdue, and work on the curbs, sidewalks, catch basins, and lighting will start this summer.”

The $5 million project is being funded by the state, and will include a large number of new plantings and trees. “Both community and town officials contributed to the design, which will make the street easier to cross,” said Tabakin. “The design has already created excitement and helped expand the streetscape on both ends.”

Andrus agreed. “In the past, people didn’t go past the post office. Now the walkability of downtown has been extended with the new bank, another new jewelry store, a new gallery, and the Prairie Whale Restaurant, which buys from local farms and is a farm-to-table operation.”

The village of Housatonic has also witnessed development activity, as businesses have chosen to locate or relocate in three former mills in the Monument Mills Complex.

“All of the mills are partially occupied by businesses that are leaders in their field, such as Country Curtains and Berkshire Pulse,” Rembold said, adding that the latter is an arts center that serves 650 students. It leased the first two stories of the former Barbieri lumber operation for six years, but moved into larger studios in the Rubin Mill building across the parking lot from its former location earlier this month.

A new restaurant called Pleasant and Main also opened last month in Housatonic, and Rembold tells businesses who are contemplating a move to Great Barrington not to hesitate if they find a suitable spot. “It is so vibrant that, if anyone waits, the space may be taken,” he told BusinessWest.

Town officials are also taking measures to stimulate economic growth. For example, Rembold said they are working to assess the cost of cleaning up the former Reid Dry Cleaners building by the post office, which is a contaminated site. “It is a privately owned, beautiful building with parking for at least 30 vehicles,” he explained. “We’re working with the owners to get funds from a federal grant program to pay for the assessment and cleanup.”

Tabakin said town officials continually look for opportunities to tap into state and federal monies, and do their best to alert business owners and nonprofits about available programs.

Andrus said the former St. James Church on the south end of Main Street was recently purchased and will become a performance space, thanks to a grant from the Massachusetts Cultural Council.

The arts community is thriving in Great Barrington, and thousands of visitors are drawn to the town each year due to its cultural attractions, which include the renowned Mahawie Performing Arts Center. “There are an endless number of cultural organizations within a mile of downtown, including the Daniel Arts Center at Bard College, the Berkshire Playwright Lab, and the Community Access to the Arts,” Andrus said.

Great Barrington is also breaking new ground in the emerging farming and agriculture sector of the Southern Berkshires, and Rembold said the town’s more than 70 restaurants provide an important outlet for farmers selling produce.

Meanwhile, Wired West, an organization focused on expanding fiber-optic broadband, also expanded into Great Barrington within the past year.

“The town already has cable, but fiber optic is 100 times faster, which is great for filmmakers and the healthcare industry,” Rembold said, adding that the service has already been installed in anchor institutions such as Town Hall and Fairview Hospital. “The trunk lines are up, and the next step will be to expand to individual homes and businesses.”

In addition, demand for housing is on the rise, especially for single-floor living. A new development called Barrington Brook, which will be made up of 44 single-floor condominiums and homes, was permitted last year, and the model unit is expected to open soon.

Tabakin said the town’s popularity and desirability continues to grow.

In addition to drawing tourists and people from the Southern Berkshires who do their shopping and business there, “we have had six calls this year to do film shoots here,” she noted.

They include the seven-minute film “Selfie,” which has gone viral and is a testament to the life and people who work and reside in a town whose name and reputation continue to rise. 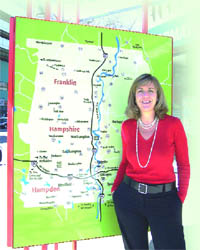 Turn for the Better? 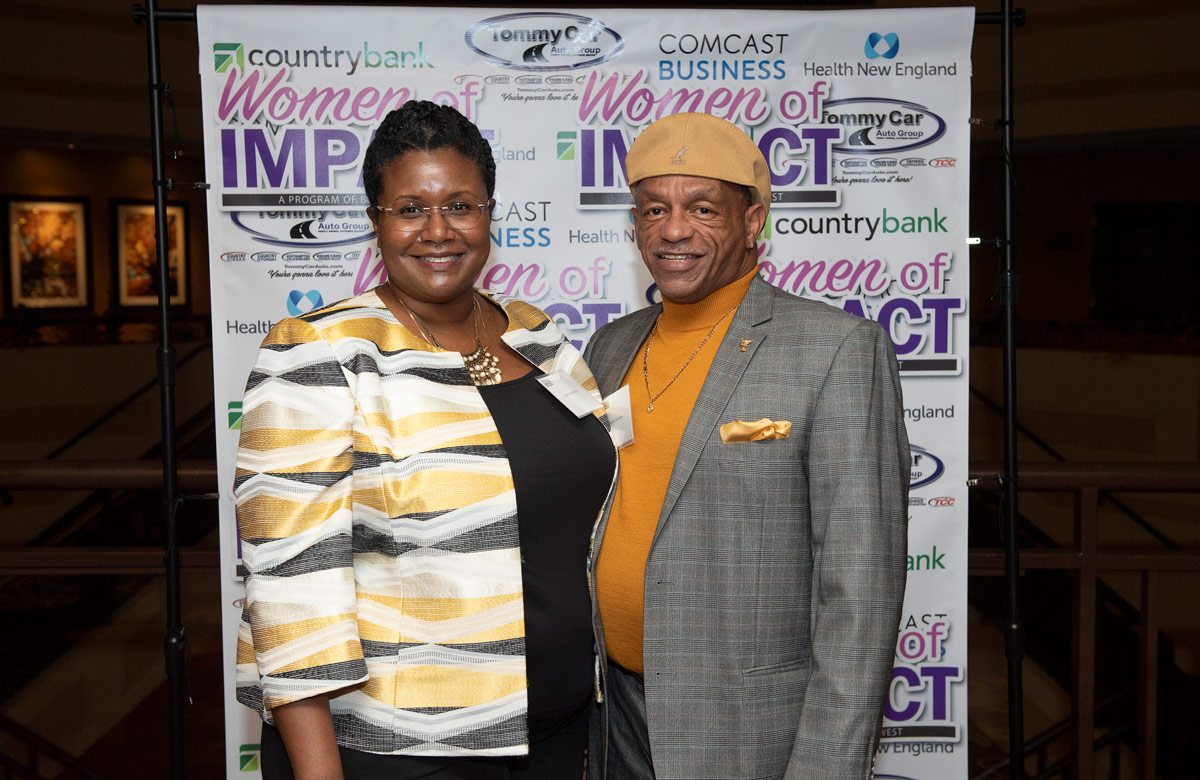 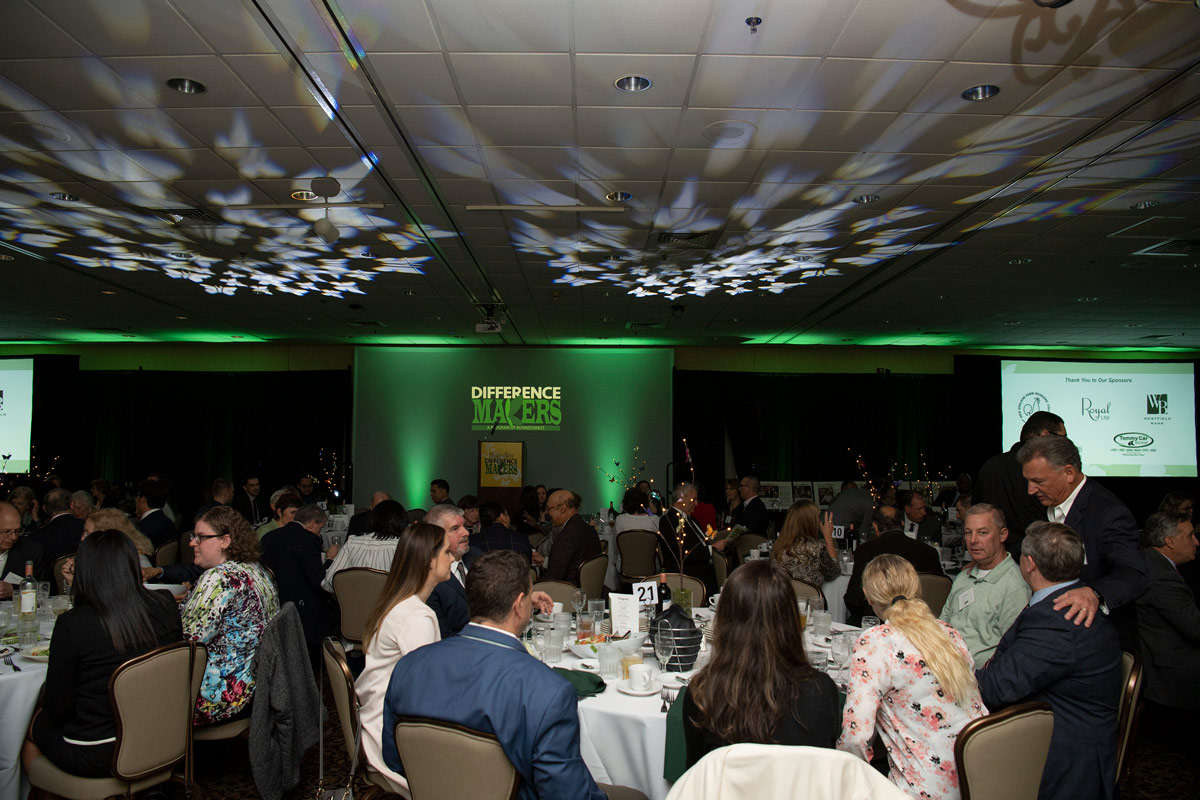 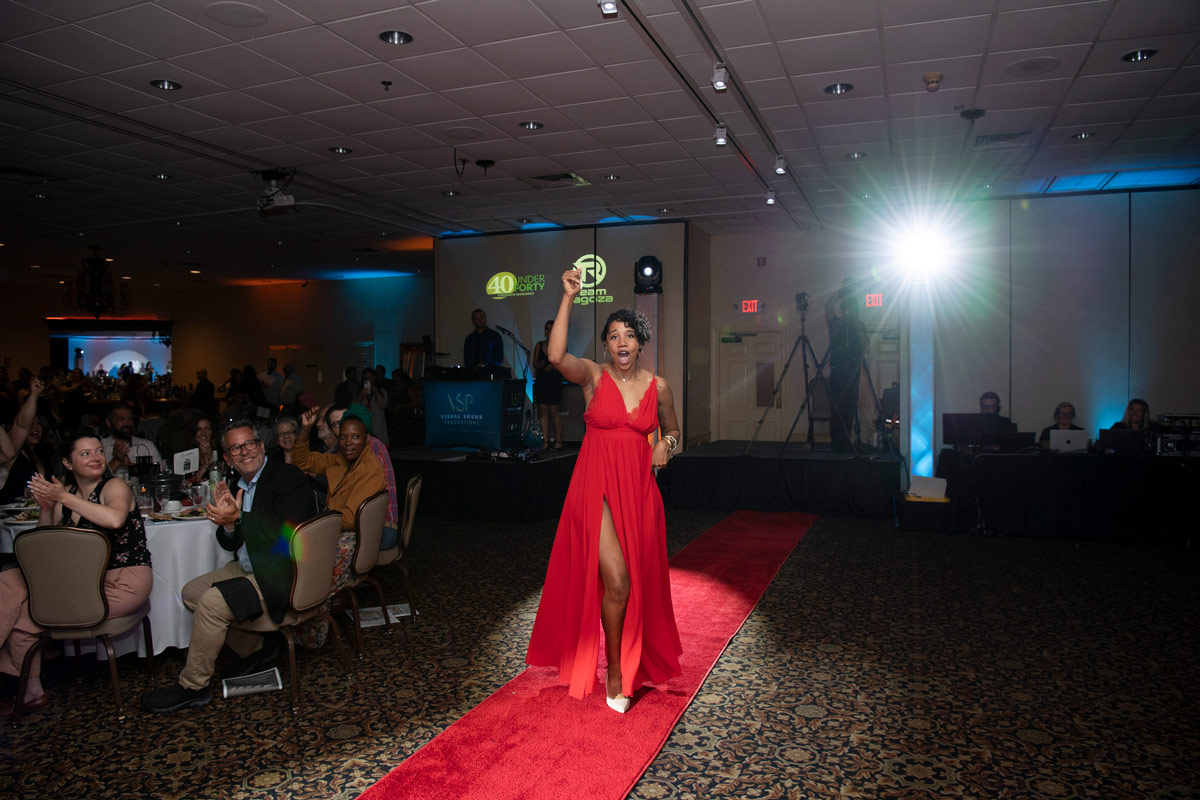 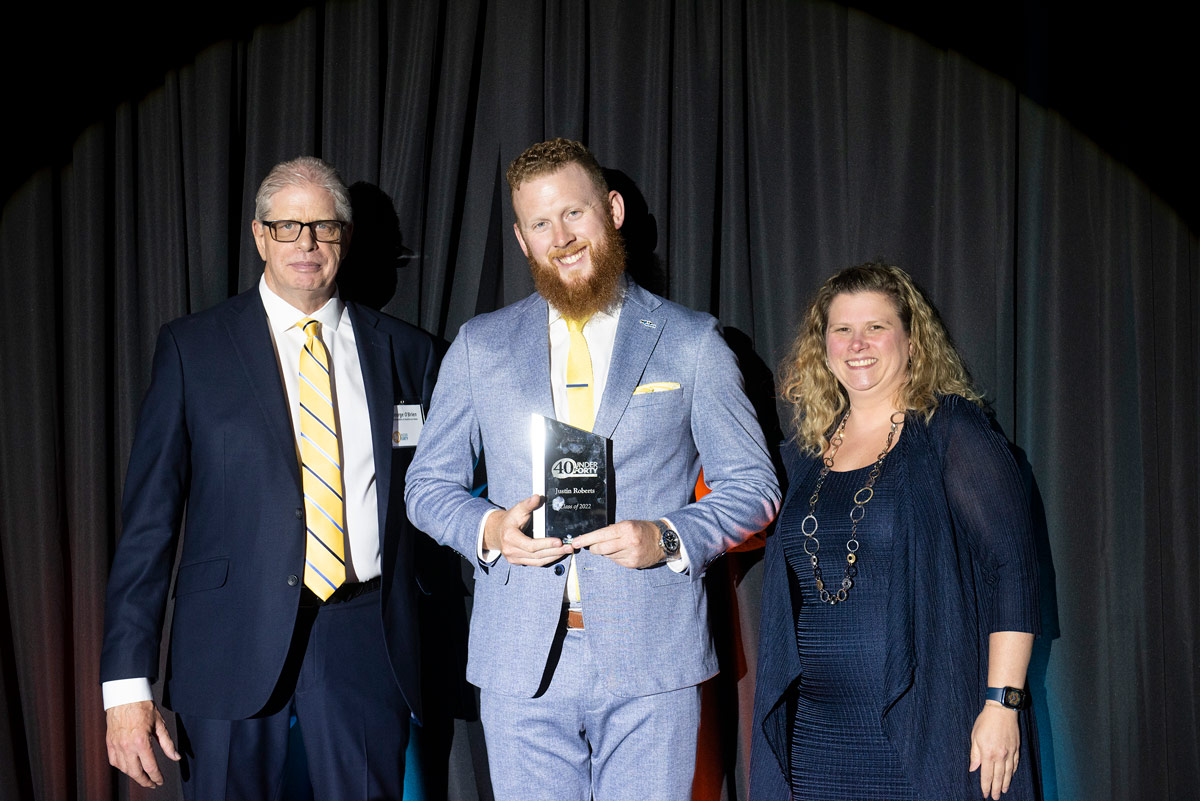