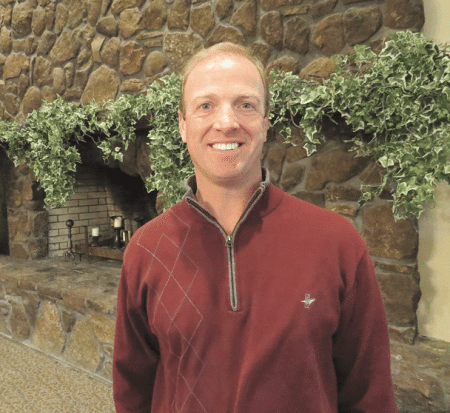 Dave Fluery says there are many advantages to owning two golf courses instead of one, and this explains his pursuit of Elmcrest Country Club.

Dave Fleury says it wasn’t long after he and business partner Greg Lindenmuth acquired Crestview Country Club in Agawam that they started thinking about the various benefits — especially the many economies of scale that would present themselves — if they owned two courses instead of one.

So they kept at least one eye on several potential acquisition targets in the region, not knowing when an opportunity might present itself.

Elmcrest Country Club, the private course in East Longmeadow, wasn’t actually one of them. But that changed, in dramatic fashion, in the days, hours, and especially the final minutes before that club and all the items in it were set to be auctioned off in January.

Indeed, maybe a week before that scheduled auction, and while Fleury, a golf-course designer by trade, was in Spain working on a project on the Costa Del Sol, the plan — if he could get to the auction upon his planned return — was to look at acquiring some tables and chairs, a request that came from his banquet manager.

But upon driving to the auction, picking up Lindenmuth on the way over, the discussion turned to maybe coming home with something much more, like the course itself. And after talking to those handling the auction upon arriving, Fleury was told this was eminently doable — if he could produce a check for $50,000 in 18 minutes and meet some other obligations.

“It was close, but we made it back with two minutes to spare,” he recalled, adding that, upon calling his lender at Westfield Bank, Fleury was pleased to learn it had a branch in East Longmeadow. A call was made, and the check was waiting for him when he got there, enabling the partners to race back and acquire the club for what would have to be considered the bargain price of $1 million.

All that constitutes an exciting, page-turning first chapter in this unfolding story. What happens next? Well, the authors are looking to script something along the lines of the comeback story they wrote for Crestview, which has recovered from the depths of economic gloom and rebuilt its membership to the desired 300 mark in four years.

But there will likely be some different plot twists, and, in essence, there has already been one.

Fleury said the turnaround at Crestview didn’t exactly start well. Members at the private club weren’t happy with the way they were left in the dark in the months before the course was sold, and weren’t thrilled, to put in mildly, with Fleury’s plans to make it a semi-private operation — one that’s open to the public but with many perks for members.

It took a while, but the Crestview ship was eventually righted. Members who stayed came to appreciate the new model, and many who left decided to come back when they saw how well it was working.

At Elmcrest, the semi-private plan has been given a much warmer initial response than the one originally received at Crestview, said Fleury, noting that many long-time members saw Crestview’s success — in fact, many of them had moved there as Elmcrest started its spiral — and welcomed the model for their former (and likely future) club.

“The members were so supportive and so positive,” he said of the Elmcrest members. “They believed in us because they thought we saved Crestview and resurrected that club; now they saw us as someone who could come into their club and effect positive change.”

For this issue and its focus on sports and leisure, BusinessWest looks at Fleury’s latest entrepreneurial venture within the highly competitive local golf market, and what this gambit means for him — and the playing field.

When asked what happened at the East Longmeadow club to bring it to precipitous decline and finally that auction in January, Fleury, a fairly close observer of the local golf market who was helped in this assessment by some insider information gleaned from long-time Elmcrest members who moved to Crestview, paused for a moment. He then said he would select his words carefully in a bid to be diplomatic, which he was.

“Let’s just say the club was struggling with the current economic and cultural environment that golf is in,” he explained. “The economics are still not the best, and it seems that, in a way, golf has lost its way somewhat, because of the economics, the time constraints, and everything that’s been said about the game.

“The owners didn’t know how to move forward,” he continued, adding that they told members theirs was a private club, but they didn’t run it like one, with numerous outings, specials, promotions, coupons, and other business-generating moves that private clubs just don’t take.

“The members didn’t feel appreciated,” said Fleury, adding that the situation, and the club’s finances, deteriorated to the point where the course and its various assets had to be auctioned.

With this acquisition, Fleury said he will soon enjoy those economies of scale, or cost synergies, as he called them, which are critical in a business where expenses keep rising and revenues are generally flat.

To make his point, he cited a piece of equipment known as a greens aerator, a vehicle that punches holes into the greens to allow air into the soil beneath. Such a procedure, called aeration, is undertaken at least once or twice a year.

“If you have to buy one of them, and the cost is $50,000, you’re much better off when you can spread the cost of that equipment over two courses instead of one,” he explained. “That’s a real cost synergy, and I can think of probably 25 more examples like that.”

But while having two golf courses can be advantageous, it has to be the right two courses, meaning operations that complement one another and don’t necessarily compete.

“We wanted to continue to grow the brand and the company,” he explained. “And the way to do that is by finding another course close enough, but not too close, in the same market, but not in the exact same market, from the standpoint of the price point and the property.”

To explain, he offered thoughts blending geography and economics in a way that resonates with many area business owners.

“I don’t have an issue with the Connecticut River, but apparently, a lot of people do,” he said, noting that it acts as a kind of borderline that many people looking to do business — and that includes playing golf — don’t want to cross.

Elaborating, he said that, while Crestview has done well since he acquired it, one area where it continues to struggle is with attracting players from communities east of the river, in both Massachusetts and Connecticut.

The Elmcrest acquisition gives the company an opportunity to tap into both geographic quadrants, and with courses that won’t exactly compete with one another because they will be at different levels price-wise and customer-experience-wise — Crestview at the high end, with Emcrest just one notch below.

As he talked with BusinessWest in mid March, Fleury was anticipating that Elmcrest would be open the first weekend in April.

“The course is in great shape, we’ve got our team in place, and we’re ready to go,” he said, uttering words he probably couldn’t have imagined just a few months ago.

But the landscape has changed, and very quickly. Now, Fleury wants to keep on altering it, making his small family of courses — and it would have to be called that — a formidable presence in the local market.

You might just say he’s changing the course of things — or courses, to be more precise. 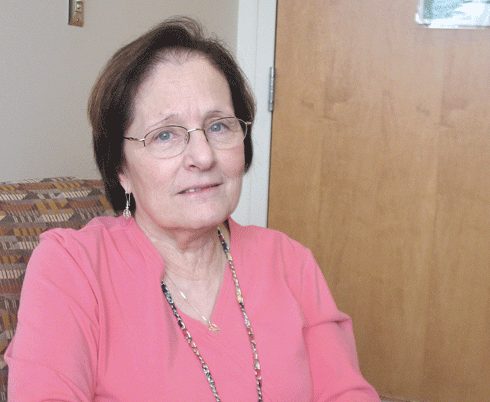