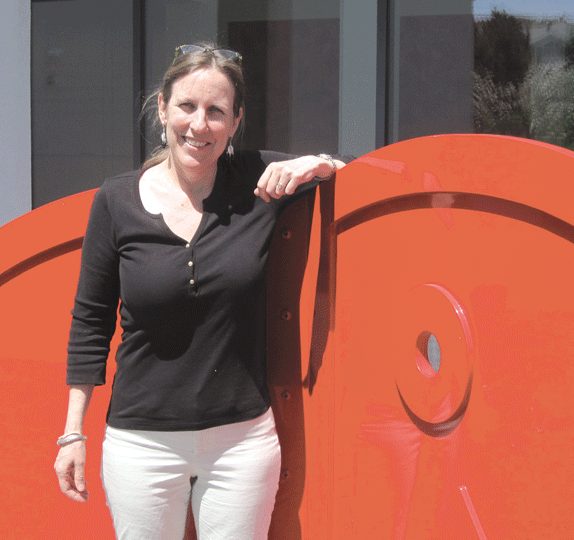 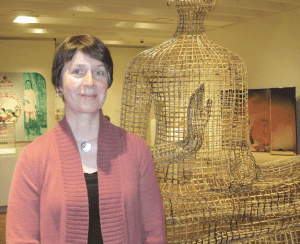 Jessica Niccol says Museums10 helps raise the profile of what she calls “an extraordinary set of historical collections.”

Like a particularly striking sculpture, a museum has many intriguing sides.
The Smith College Museum of Art is a good example of that, said Jessica Niccol, its director and chief curator. The institution was established not long after the college opened in 1875 and was conceived as a teaching museum. Unlike many prominent galleries then and since, it did not launch with a gift collection waiting in the wings, but accumulated its first pieces one at a time.
“So the staff, very mindfully, built a collection with an eye toward what was being studied at Smith College,” Niccol said. By 1879, the gallery featured 27 contemporary American paintings, featuring notable lights like Winslow Homer and a number of lesser-known artists, and steadily grew from there, helped immeasurably by local businessman Winthrop Hillyer, who appreciated the growing museum and decided to fund it.
“He loved that it would be as much of a benefit to the community of Northampton as it was to Smith,” Niccol said, noting that the orientation of the current building, opening onto Main Street in front and the campus in back, reflects that dual identity. “He saw that the museum could be a resource to the community and a gateway to the campus, and you see both of those things in the way the museum has developed over the past 140 years.”
But that dual focus on education (Smith boasts a robust program of college classes, tours serving thousands of schoolchildren each year, plus college students trained to be gallery instructors) and community outreach (including family days and monthly free Friday nights, featuring gallery talks and other special events) is not exclusive to Smith, but is a common theme running through many of Hampshire County’s art and history museums.
That’s one of the reasons Museums10 makes so much sense, said Kevin Kennedy, director of Communications for the Five College Consortium, from which Museums10 sprung in 2005.
“Much of the consortium’s efforts,” Kennedy said, “are really spent bringing people from the campuses [Smith College, Hampshire College, Amherst College, Mount Holyoke College, and UMass Amherst] together to share ideas, problems, solutions, things like that.”
Therefore, he continued, “it was natural for the directors of the campus museums to participate in that. It’s been going on informally for decades; it started growing organically, and then they decided to formalize it and actually create an organization.” 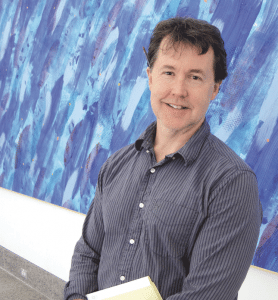 Kevin Kennedy says Museums10 acts as a lens to focus the significant energy of its members.

The art museums of the five colleges make up half Museum10’s membership, and they are joined by the Beneski Museum of Natural History, the Eric Carle Museum of Picture Book Art, Historic Deerfield, the Emily Dickinson Museum, and the Yiddish Book Center. The startup money came from the Mass. Cultural Council, with the goal of raising the profile of the Pioneer Valley as a center for cultural tourism.
“Hopefully it has benefited the community by making these rather extraordinary museum resources housed within the Upper Pioneer Valley more visible to people,” Niccol said. “One of the things that awes all of us is what an extraordinary set of historical collections we have here. And, collectively, we’re able to work together to give greater visibility to these resources to try to help visitors — by suggesting multiple museum visits around a special area of interest, for instance.”
To that end, early on, Museums10 launched a series of cross-institution events, starting in 2006 with GoDutch!, which explored the art and literature of Dutch culture, past and present. “All the museums included it as some aspect of their existing collection or brought in a new exhibition,” Kennedy said. “It was a big success.”
The goal was to increase attendance at the participating museums by 5%; instead, it boosted visitation by 15% across the board, and in some venues by as much as 40%.
So, in 2007, Museums10 launched a second system-wide event, this one called BookMarks: A Celebration of the Art of the Book. That was followed in 2010 by Table for 10, with a focus on food. “That was terrific because this is such a food-rich region, and we were able to tie into agriculture, restaurants, organic food creators, wine folks, you name it.”
Eight years into its existence, the goals of Museums10, and the way the individual institutions work together and share resources, are continually evolving. For this issue’s focus on travel and tourism, BusinessWest takes a look at how the organization paints a collective picture of a vibrant cultural scene in Hampshire County.

Drawing on Expertise
Alix Kennedy, executive director of the Carle — which, with only 11 years under its belt, is the youngest of the 10 museums — said Museums10 is about far more than marketing the museums.
“It’s also about how we can leverage resources we have so we can have a greater impact in our own communities,” she told BusinessWest. “The days when organizations try to exist in silos is over. Thankfully, there’s a tremendous amount of professional rapport that everyone gets to benefit from.”
Niccol agreed, noting that, because the museums have small staffs, “there’s an incredible benefit to building this professional network within the five-college area. We’ve really developed strong ties as the curators meet each other, educators meet each other, the marketing staffs meet each other. There’s fantastic communication and support with problem solving.”
Shared resources are critical, she said, such as bringing in educators and workshops for the entire Museums10 system in specific subjects, rather than each of them sending staff members to conferences around the country.
“A lot of things happened,” Alix Kennedy said, “by taking like-minded groups and this variety of different museums, who all share this incredible passion for education, and figuring out ways to give people access to our resources.”
The 30-year-old Yiddish Book Center boasts a wide range of exhibits, lectures, conferences, and educational programs for both college students and adult learners — not to mention big events like Yidstock, an annual summer festival that brings in top names in the klezmer musical tradition and draws visitors from across the country.
“There’s no other place like it,” said Lisa Newman, the center’s director of communications. “Sometimes we refer to ourselves as the first Yiddish museum; there’s no other institution like this, with the breadth of what’s here and all the programs created to promote Yiddish culture. And it’s all rooted in the first mission of the center, which was the rescue of more than a million Yiddish books otherwise destined for the trash.”
Newman added that she has come to appreciate the collective power of Museums10 in supporting that mission.
“I think it’s a really interesting collaboration internally and externally,” she said. “It helps all of us professionally to engage with one another, but in terms of the community, it makes a strong statement that we have these 10 very unique museums — that we have tremendous resources as well as engaging, interesting, and surprising places to visit, and we’re right here in your backyard with a tremendous amount of programming going on.”
As director of marketing for Historic Deerfield, Laurie Nivison said it can be difficult to adequately communicate what such a large, multi-building facility has to offer.
“We say ‘opening doors to the past’ because we have 11 houses and an extensive museum collection for people to explore. We want to make it a destination, not just for people in the local area, but those from outside the area looking for a daycation — just looking to come and explore.”
Museums10, she said, helps get the word out by linking Historic Deerfield’s goals with those of the broader cultural community.
“This is a good group of people,” Nivison said. “As nonprofits, this sort of collective power is helpful, because something one museum might be able to do, another museum might not have the budget to do. Part of Museums10 is leveraging our power, helping us get into those markets we may not otherwise be able to reach.” 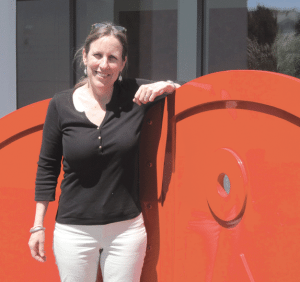 “This community is rich in artists,” Alix Kennedy said, noting that the Carle makes an effort to promote and involve the many children’s book artists living in Western Mass. In fact, several museum officials who spoke with BusinessWest brought up the ‘creative economy’ of artists living and working in the Valley.
“We’re really proud of the fact that Museums10 is an important part of the cultural economy,” Niccol said. “Why do people come here? Part of it is the incredible beauty of the landscape, but the other part is the great bookstores, restaurants, concert venues, and museums, and we see ourselves as part of that.”
From those efforts, said Kevin Kennedy, sprung the impetus for what is now known as the Hampshire County Regional Tourism Council, launched in 2012 and funded by the Mass. Office of Travel and Tourism.
“The cultural profile of Hampshire County shows what a unique area it is, and we showed how people could come together to promote that aspect of this area,” he explained.
“It’s been such a natural transition,” said Alix Kennedy, who chairs the new organization. “I think all of us living in the Valley know this is an incredibly rich community for arts and culture, and yet, we’re not confident that people outside this community know that.”
But Museums10 and the tourism council are working to change that, she continued, by bringing some collective marketing muscle to the passion that already exists among the various institutions. “I see these two efforts working in parallel and, ultimately, working in partnership.”
“To a certain degree, I think it’s taken a little pressure off Museums10 to spend all its collaborative time to promote the region,” Kevin Kennedy said, explaining that the member museums are starting to focus more on smaller collaborations involving just a few of them, instead of the system-wide events of past years. “These joint productions were terrific, but they took a lot of energy, and that didn’t leave a lot for other things.
“We’re really taking a step back,” he added, “looking more at where the natural cohesions are among the museums that could be brought to the attention of the media and the public. If a few museums happen to be doing exhibits on photography, we’ll do a press release on that. It used to be an all-for-one approach, and all 10 museums needed to be involved to make it a Museums10 event. Now, if three or four museums are working together because they have similar exhibits or similar interests, Museums10 supports them in that effort.”
It all comes back to supporting culture in the Valley and cultivating new art and history lovers, Alix Kennedy said, noting that the Carle attracts a wide range of constituents, from families and elementary-school students to graduate-level art-degree programs Simmons College operates on site — not to mention those drawn by nostalgia.
“Those books are such symbols of their childhood, and it’s really exciting and reinvigorating to come in and say, ‘they have Charlotte’s Web drawings! I love that book!’” And, like some of the other Museums10 institutions, the Carle reaches into the community with programs like visits from book illustrators to schools in Springfield and Holyoke, hopefully sparking a passion in a new generation.
“The fact that we’ve got these 10 great institutions in the Valley speaks to our culture and the wealth of history and knowledge in the Valley,” Nivison said.
Kevin Kennedy agreed. “Each museum has so much energy,” he said, “and I think Museums10 can act as a lens to focus all that energy.”