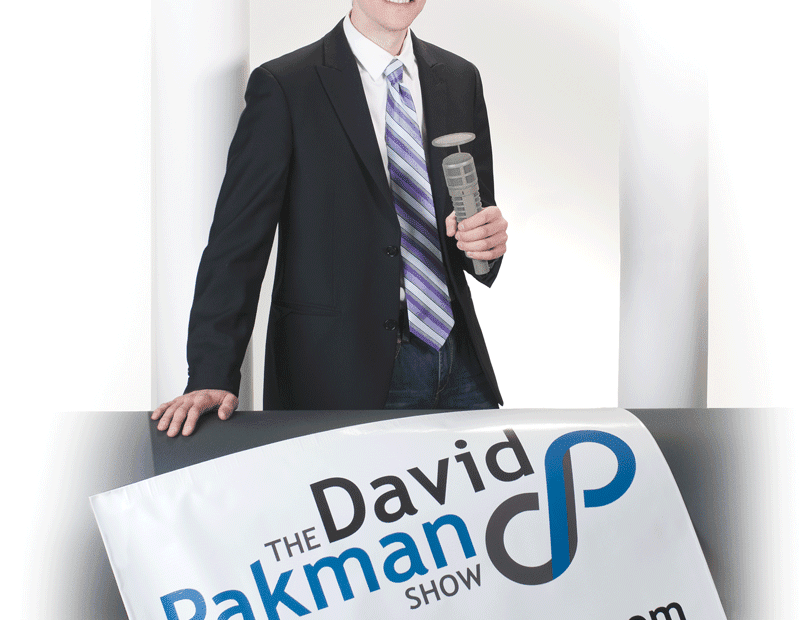 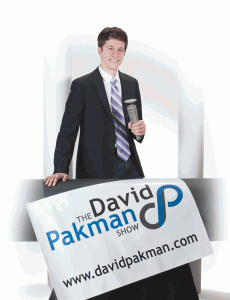 In the beginning, more than five years ago, the show was called Mid-week Politics. “It was on just once every other week, on Valley Free Radio,” David Pakman recalled. “I really just read articles on the air. It was … horrible.”
No one is using that adjective to describe The David Pakman Show, the current byproduct of a lengthy and quite successful course of evolution. Aired twice a week, it offers a steady diet of opinion, is aired on more than 100 radio and television stations, and features guests ranging from Richard Neal to Dennis Kucinich.
And then there was the show (an on-air confrontation, really) featuring the Westboro Baptist Church — known for its strong anti-gay stance and protests at the funerals of servicemen — and the hacking group called Anonymous. “We got them both on the air to sort of sort out whether Anonymous had threatened Westboro, and during that interview, Anonymous essentially seized the Westboro Web site and put up a message. It happened live on the show, about 10 a.m.; by noon, it was on more than 100 news outlets, and it received 1 million hits on YouTube.”
The show was a hobby when it started, he said, and it is now most definitely a business, one he is trying to grow through diversity — exposure via the radio, television, and the Internet — and creation of solid revenue streams, such as membership packages.
When asked about his style as a host and inquisitor, Pakman, a self-described liberal/progressive, said it’s not to be confrontational, necessarily, but to be direct, and ready with the right questions and commentary.
“My style is more to have researched well enough so that, simply by asking the right questions, I can expose that their position may be flimsy,” he explained, “or put into evidence the fact that the person may not be informed to the extent that they claim to be.
“I try to anticipate what the answers will be, and just be prepared — that’s my style,” he said, a characteristic of not only his show, but his approach to business in general.
— George O’Brien
Tags: Features Opinion