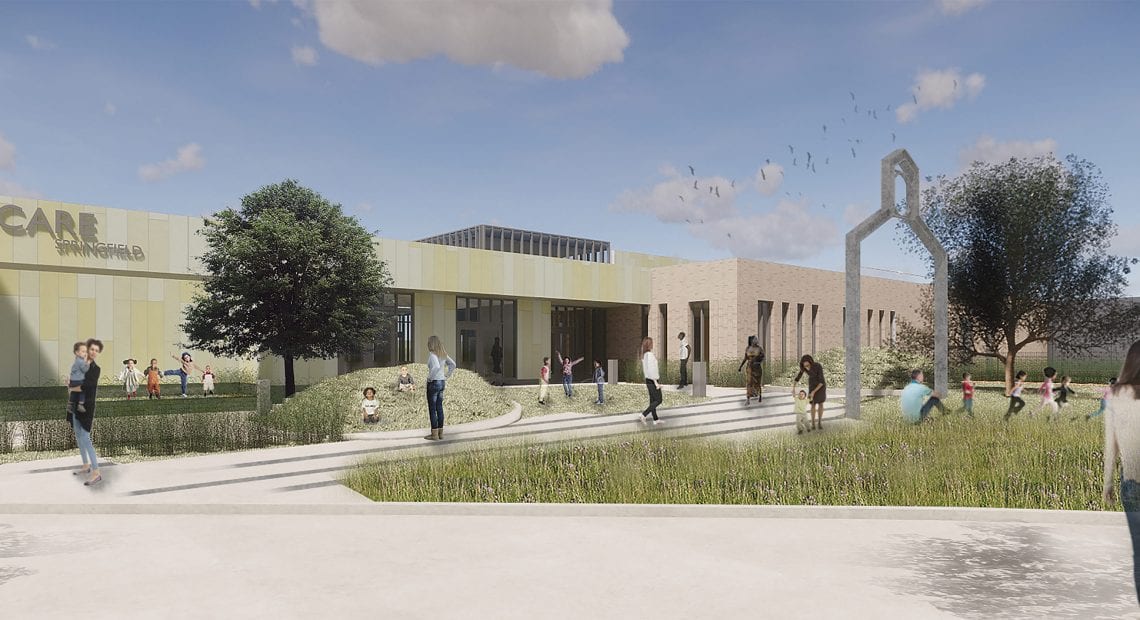 More Than a Head Start

Architects rendering of the $14 million Educare Center now under construction in Springfield.

The new $14 million Educare Center now under construction in Springfield is focused on education, obviously, but parental involvement and workforce development are key focal points within its broad mission.

It’s a term she has called upon often, actually, when speaking to individuals and groups about Educare, an innovative model for high-quality early education that’s coming to Springfield next year — only the 24th such center in the country, in fact.

“You have to work with a Head Start partner. That’s a requirement in every Educare site across the country,” said Walachy, executive director of the Irene E. & George A. Davis Foundation, one of the lead partners in the effort to launch the local Educare school. “The base program meets the Head Start national requirements. But then there’s a layer of extensive higher quality. Instead of two adult teachers in the classroom, there needs to be three. Instead of a six-hour day, there needs to be eight or 10. There are higher ratios of family liaisons to families.”

Then there are the elements that Educare centers have really honed in on nationwide: Parental involvement and workforce development — and the many ways those two concepts work together.

“The research is clear — if kids get a good start, if they have a quality preschool, if they arrive at school really ready to be successful and with the skills and language development they need, they can really be quite successful,” Walachy said. “However, at the same time, it’s extremely important they go home to a strong family. One is still good, but both together are a home run.”

The takeaway? Early-education programs must engage parents in their children’s learning, which is a central tenet to Educare. But the second reality is that families often need assistance in other ways — particularly Head Start-eligible families, who tend to be in the lower economic tier.

“We must assist them to begin the trajectory toward financial security,” Walachy said, and Holyoke Chicopee Springfield (HCS) Head Start has long done this by recruiting and training parents, in a collaborative effort with Holyoke Community College, to become classroom assistants, who often move up to become teachers. In fact, some 40% to 50% of teachers in HCS Head Start are former Head Start mothers.

“So they already have a model, but after we get up and running, we want to put that on a bit of a steroid as well,” she noted. That means working with the Federal Reserve’s Working Cities program, in partnership with the Economic Development Council of Western Mass., to steer Head Start and Educare families onto a pathway to better employment opportunities. “It’s getting on a trajectory for employment and then, we hope, financial security and success for themselves and their families.”

“The research is clear — if kids get a good start, if they have a quality preschool, if they arrive at school really ready to be successful and with the skills and language development they need, they can really be quite successful. However, at the same time, it’s extremely important they go home to a strong family. One is still good, but both together are a home run.”

She noted that early education evolved decades ago as a workforce-support program, offering child care so families could go to work or go to school. “We’ve shifted in some ways — people started saying, ‘wait a minute, this isn’t just child care, this is education. We are really putting them on a pathway.’ But now we’ve got to circle back and do both. Head Start was always an anti-poverty program. More recently, it’s really started focusing on employment and financial security for families.”

By making that dual commitment to parent engagement and workforce training, she noted, the organizations supporting the Educare project in Springfield are making a commitment to economic development that lifts families — and, by extension, communities. And that makes this much more than a school.

The 24th Educare school in the U.S. will be the only one in Massachusetts, and only the second in New England, when it opens next fall at 100 Hickory St., adjacent to Brookings School, on land provided by Springfield College.

The $14 million project was designed by RDg Planning & Design and is being built by Western Builders, with project management by O’Connell Development Group. 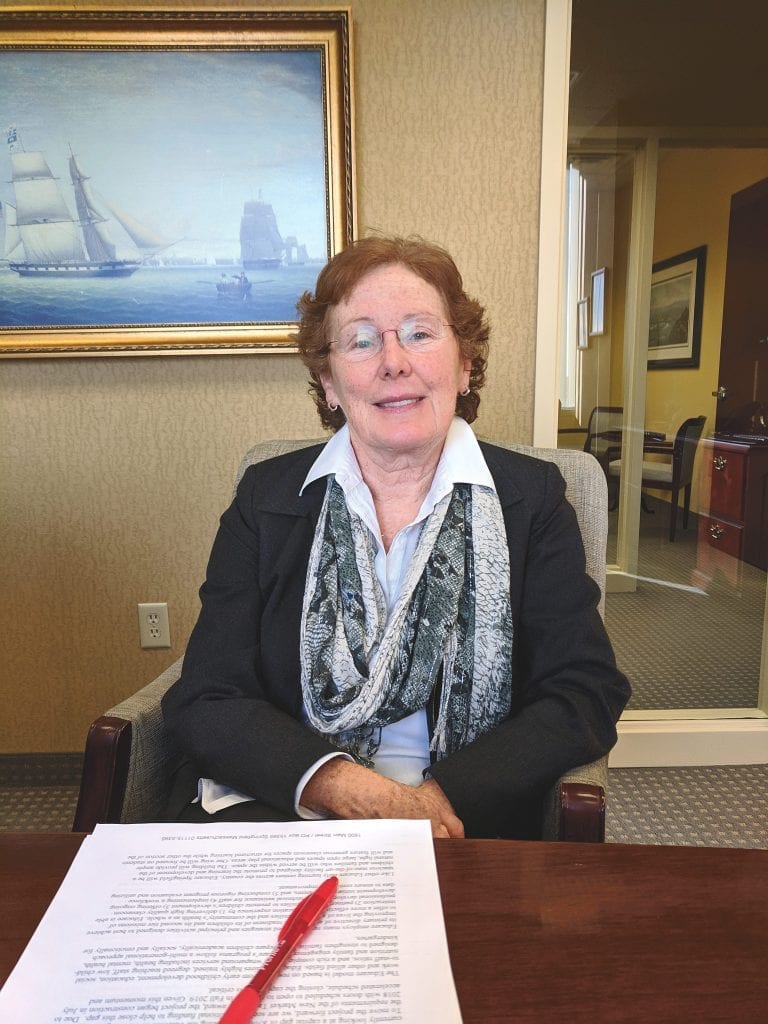 Educare started with one school in Chicago and has evolved into a national learning network of schools serving thousands of children across the country. An early-education model designed to help narrow the achievement gap for children living in poverty, Educare Springfield is being funded locally by a variety of local, state, and national sources including the Davis Foundation, the Gage Olmstead Fund and Albert Steiger Memorial Fund at the Community Foundation of Western Massachusetts, the MassMutual Foundation, Berkshire Bank, MassDevelopment, the MassWorks Infrastructure Program at the Massachusetts Executive Office of Housing and Economic Development, the George Kaiser Family Foundation, Florence Bank, Capital One Commercial Banking, and the Early Education and Out of School Time Capital Grant Fund through the Massachusetts Department of Early Education and Care in collaboration with the Community Economic Development Assistance Corp. and its affiliate, the Children’s Investment Fund. A number of anonymous donors have also contributed significant funding.

Educare Springfield will offer a full-day, full-year program for up to 141 children from birth to age 5, under licensure by the Department of Early Education and Care. The center will also serve as a resource in the early-education community for training and providing professional development for future teachers, social workers, evaluation, and research.

Just from the education perspective, the local need is certainly there. Three years ago, the Springfield Public Schools Kindergarten Reading Assessment scores revealed that preschool children from the Six Corners and Old Hill neighborhoods scored the lowest among city neighborhoods for kindergarten reading readiness, at 1.1% and 3%, respectively. On a broader city scale, the fall 2017 scores showed that only 7% of all city children met all five benchmarks of kindergarten reading readiness.

Research, as Walachy noted, has proven time and again that kids who aren’t kindergarten-ready are at great risk of falling further behind their peers, and these same children, if they’re not reading proficiently by the end of third grade, are significantly less likely to graduate high school, attend college, or find employment that earns them a living wage.

Breaking that cycle means engaging children and their parents — and it’s an effort that could make a multi-generational impact.

That potential is certainly gratifying for Walachy and the other partners.

“I think we’re really fortunate that Springfield got this opportunity to bring in this nationally recognized, quality early-childhood program,” she said, adding that the Davis Foundation has been involved from the start. “There has to be a philanthropic lead partner in order to begin to explore Educare because it does require fundraising, and if you don’t have somebody already at the table, it makes it really hard to get anybody else to join the table.”

The board of Educare Springfield, which is a 501(c)(3) nonprofit, will hold Head Start accountable for executing the expanded Educare model. Educare Springfield is also tackling enhanced programs, fundraising, and policy and advocacy work associated with the model. A $7 million endowment is also being developed, to be administered by the Community Foundation of Western Massachusetts, revenue from which will support operating costs.

“No one argues that kids should have a good experience, and that they begin learning at birth,” she went on. “But nothing good is cheap. And I will tell you that Educare isn’t cheap. But it sends a policy message that you’ve got to pay for good programs if you want good outcomes.” 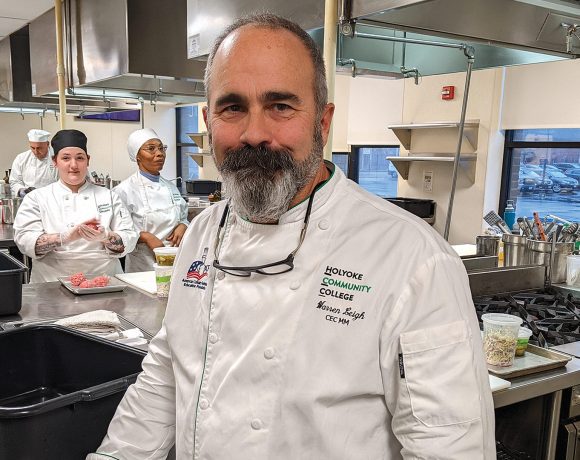 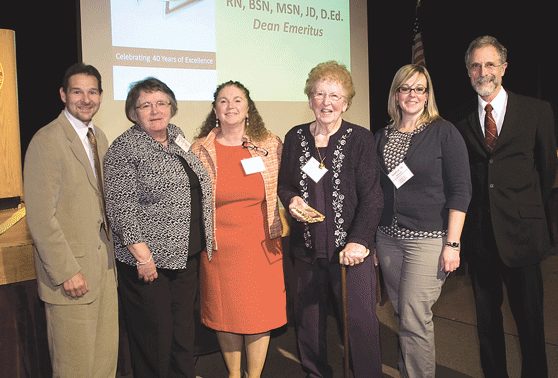 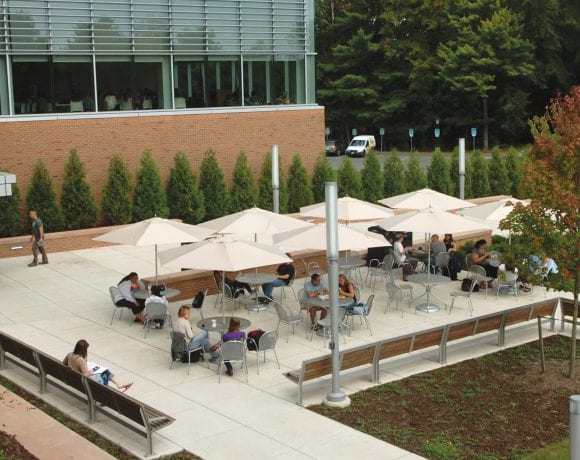 Community Colleges Bear the Brunt of the Pandemic