Employees Are Quitting at Record Pace; Employers Are Responding

Peter Rosskothen admits to not knowing there is a statistic called the ‘quit rate.’

But he could certainly relate when told that this stat — a measure of how many people in the workforce quit their jobs in a given month — is historically high (2.5% in May, down from a record 2.8% in April, according to the Bureau of Labor Statistics) and also when told the reasons why.

Rosskothen, owner and operator of the Delaney House restaurant, the Log Cabin Banquet & Meeting House, and several other businesses, told BusinessWest he cannot recall a time (and he’s been in business for nearly 40 years) when it’s been more difficult to hire, and especially retain, people, particularly in the restaurant and banquet business.

He cited a host of reasons, starting with the fact that, during the pandemic, many of the workers in that field couldn’t keep working within it because businesses had to close their doors — for a few months or, in some cases, forever. So they found something else, and now, they don’t want to go back.

Meanwhile, with everyone fighting hard for good help, many companies are paying more — enough to turn heads in many cases and prompt people to leave for what appear to be greener pastures. With that, Rosskothen related the story of how he lost one of his managers to a competitor, one that was offering considerably more than this individual was making. 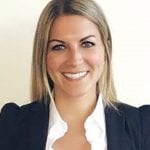 “When the pandemic hit, many people had a lot of time to think — they were in quarantine, some were furloughed or laid off — and they took this time to assess what was important to them: flexibility, compensation, career advancement, and whether their own values line up with those of the company they work with.”

“I had to decide if I wanted to match, and ultimately decided that I wouldn’t,” he said, adding that he opted to hire someone at roughly the same rate he was paying and absorb the other costs attended with doing so, such as training. And everyone he knows in this sector is facing the same kinds of hard decisions — on a regular basis.

Leaving for a higher salary is just one of the reasons why the nation’s quit rate is so high, said Sara Pileski, a regional vice president for Robert Half International, a national staffing business with a local office in Springfield.

She said many individuals stayed with their jobs through the pandemic because of the security they provided at a time when unemployment was soaring. Now that the worst is over, many are looking around and, in many cases, deciding it’s time to move on — for any number of reasons, ranging from a fondness for remote work and a preference to keep toiling that way when the boss is ordering them back to the office, to a desire for a different culture.

“Some people are looking to obtain a salary boost, and others are looking for greater career-advancement opportunities,” Pileski told BusinessWest. “When the pandemic hit, many people had a lot of time to think — they were in quarantine, some were furloughed or laid off — and they took this time to assess what was important to them: flexibility, compensation, career advancement, and whether their own values line up with those of the company they work with.

“During COVID, people re-evaluated what they are looking for in their careers,” she went on. “And a lot it has to do with flexibility. People, and businesses, have learned that people can be successful working remotely, so many individuals have been looking for fully remote roles, and a big piece of that is Millennials.”

Elizabeth Wise, president of the Employers Assoc. of the NorthEast, concurred, and said members are telling her that employees are leaving their jobs for a host of reasons, ranging from retirement, or, in many cases, early retirement, to those higher salaries that are now available as companies desperate for good help ante up. Like Pileski, she said many employees used the pandemic to take stock of their situation, with a good number not only finding something, or some things, lacking, but also discovering a newfound determination not to settle for what they had.

“Members are seeing more quits, more people leaving, than they would certainly like to see,” she said. “And it comes down to employees taking a step back, looking and things, and saying, ‘I’ve enjoyed my time with this company, I’ve done this, and I like this, and all of this is great, but I don’t know where things are going to go, and I don’t know what’s going to happen. I’ve always wanted to try this new field or this new area, or making this kind of change, and now is the time to do it because there are job offers out there, and the pay I’m going to get for making the change is better than it’s ever been. So I’m going to put my toe in the water.’” 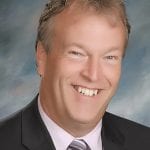 “Everyone is in the same boat — they’re fighting for people, but paying them more. And then you get into the conversation … is it worth ‘this much’ to keep this person? Before COVID, you would almost always say ‘no.’ But I don’t think you can think that way anymore.”

For this issue and its focus on employment, BusinessWest looks at why so many people are putting their toes in the water and leaving their jobs, and also at what employers are doing, or should be doing, in response to this challenging trend.

Resigned to the Situation

Pileski stated the obvious when she told BusinessWest that this is a candidate-driven market. How long it will stay that way is anyone’s guess, but for now, job seekers are in the proverbial driver’s seat.

That’s because there were more than 9 million job openings nationwide at the end of May, and also because, well, people are still quitting a near-record rate, creating more jobs to fill.

“The ball is in the candidate’s court,” said Pileski, adding that her company has been flooded with orders from clients looking to fill positions, and there is a dearth of candidates to fill them. And those who are looking can pick and choose and go to the highest bidder, if you will. “When we call individuals on opportunities, whether it’s contract or permanent, they have multiple offers on the table, where in the past, we may have been their only resource or their only offer. Now, they’re seeing three, four, or five offers because the ball is in their court and they have the upper hand because the talent market is so low right now.”

This environment is certainly contributing to the higher quit rate, she went on, because there are myriad places for people who aren’t entirely happy to go, and, in many cases, more attractive employment packages to be found.

“Whether people are actively looking or not … they’re definitely thinking about it,” she told BusinessWest, adding that she believes the quit rate will remain higher than normal (which is just south of 2% historically) and speculates that it might not have actually peaked yet.

These sentiments were put into perspective locally — and, more specifically, across the hospitality sector — by Rosskothen, who used some words and numbers to paint a picture about how dire the hiring scene has become.

First, some numbers. He estimates that he’ll need maybe 350 employees at his various facilities to handle the peak of the season, to arrive in just a few weeks. He’s at 270 now, and really has doubts about whether he can hit his number.

“I’ve got a little bit of forgiveness in July because it’s busy, but we’re not crazy yet,” he said. “But it’s coming — it’s coming fast.”

He further estimates that his overall payroll is running about 10% higher than last year (or the last normal year), when a 2.5% to 3% increase (reflecting raises of that amount given to most employees) would be the average.

“The biggest challenge for us in this industry is that, to attract and keep people, we’re paying a lot more money than we were two years ago — a lot more,” he said. “For example, for a line cook, I used to be able to keep them happy at the $16- to $17-an-hour rate; now, I can’t get a line cook for less than $20 or $22 an hour now, because if I don’t pay them that, they’re going to go right down the street and find a job that pays them that.

“Everyone is in the same boat — they’re fighting for people, but paying them more,” he went on. “And then you get into the conversation … is it worth ‘this much’ to keep this person? Before COVID, you would almost always say ‘no.’ But I don’t think you can think that way anymore.”

Elaborating, he said that, in this climate, retention is extremely challenging. He estimates he can only retain maybe 30% of those he hires, where historically, the number is more like 60% to 70%.

Speaking in general terms, Wise told BusinessWest this problem extends across the board, to all sectors. “It’s an equal-opportunity quit rate,” she said, adding that departures are being seen in healthcare, higher education, hospitality, and other areas of the economy.

Some of those leaving are retiring, she noted, adding that the pandemic convinced many that it was time to leave the workforce, at least on a full-time basis. For others, there might be burnout, she went on, noting that, during the pandemic, many employees actually worked longer hours and skipped vacations, while dealing with stress on a number of fronts. With something approaching ‘normal’ returning, some are seeking out opportunities to take some stress out of their lives.

Whatever the reason, people are quitting in higher numbers, and employers must respond proactively, both Wise and Pileski said. And raising wages is just part of the equation. In some cases, they may need to be more flexible when it comes to where people work and when, although Wise does not believe that’s a huge issue in the 413.

As for wages, she said they are “starting to come up in Western Massachusetts,” with the pace and rate of climb determined by how competitive things are getting in a specific sector and how desperate employers are feeling.

“Everyone I talk to is dealing with this right now — everyone,” he noted, adding that he has seen and heard about companies offering bonuses to start and bonuses to stay a certain number of months.

He’s opting to give the bonuses to existing employees who refer people who are eventually hired. And overall, he and his managers are working harder at recognizing and rewarding long-time employees.

That’s just one way employers are coping with a quit rate — and all that comes with it — that just won’t quit.