“Fresh meat for plaintiffs’ lawyers.”
This is the colorful phrase Fred Sullivan summoned to describe employers in Massachusetts — and, more specifically, what he believes they will become after (and perhaps even before) July 13. That’s the date when new legislation regarding the state’s wage-and-hour statutes will take effect.

In a way, the measure involves a simple change of one word in one sentence of a statute. But the shift in terms, from ‘may’ to ‘shall’ with regard to the awarding of triple damages for violations of those wage-and-hour laws, could have some serious ramifications for area employers and perhaps for the state’s economy as well, said Sullivan, a principal with the Springfield-based firm Sullivan Hayes & Quinn, which represents businesses in employment-law matters.
“I think this sends a clear message from the Legislature to American and global businesses to put your jobs somewhere else, and essentially stay out of Massachusetts,” said Sullivan, who told BusinessWest that the new measure effectively removes any and all measures of discretion when it comes to awarding damages in such cases. And because it does, he believes it unfairly punishes employers and makes them attractive targets for plaintiffs’ lawyers.

“This is unneeded and unnecessary,” he said, adding quickly that there have always been provisions for treble damages in cases where offenses were egregious. The new measure will punish people for making honest mistakes in an area of the law that is very complicated and dominated by “gray” areas, he continued, calling the amendment “overkill.”

“The damnable thing about this provision is that an employer who attempts to do due diligence, who audits their practice, and who tries to the right thing … all that good faith counts for zero.”

Pat Rapinchuck had another word to describe the measure: “draconian.”

An employment-law specialist with the Springfield firm Robinson Donovan, she echoed Sullivan’s comments about the complexity of this area, and how easy it is, especially for small business owners, to make mistakes.

“And now, they’re going to pay dearly for those mistakes,” she said, predicting that wage-and-hour complaints, which have been on the rise in recent years, could skyrocket. “There’s going to a lot of work for a lot of lawyers.”

Some of that work should come — and will come — in the form of preventative maintenance, said Paul Rothschild, an employment-law specialist and chief litigator with the Springfield-based firm Bacon Wilson. He told BusinessWest that, in anticipation of the new law (and as a sound business practice), employers large and small should audit their policies and practices regarding such matters as classifying employees with regard to overtime to make sure they are in compliance with state and federal statutes, and then thoroughly train supervisors charged out with carrying out those policies.

In this issue, BusinessWest examines the change to state wage-and-hour laws, what it means, and what business owners should be thinking about.

That was the headline on the Mass Lawyers Weekly story announcing passage of the damages provision in April. It quoted several employment defense lawyers who, like Sullivan, predict that the measure will be so bad for business in the Commonwealth that it will give some companies reason (or another reason) not to locate here or to move out.

Gov. Deval Patrick expressed some of those concerns in a letter he sent to legislators back in February, in which he asked for an amendment to Senate Bill No. 1059, “An Act Further Regulating Employee Compensation,” one that would add a ‘good-faith’ provision to the treble-damages clause.

“I strongly support strict enforcement of the state wage-and-hour laws to ensure that workers are justly compensated,” Patrick wrote. “I am concerned, however, that mandating treble damages in all cases and without any exception for employers who act in good faith is unfairly punitive. Treble damages can be a significant penalty, especially in cases involving multiple plaintiffs, and such damages are neither warranted nor fair in every case, particularly in situations where the wage-and-hour issues may be complex and uncertain, and where an employer relies, in good faith, on the advice of counsel and guidance received from government authorities.”

Legislators didn’t respond as the governor hoped, however, and the new measure passed as originally drafted. It became law when Patrick opted to neither sign nor veto it, making Massachusetts the only state to have such a provision.

And now businesses must live with that law, said Rothschild, who told Business-West that the new damages provision essentially takes employers back to where they were several years ago, before the state Supreme Judicial Court provided a measure of discretion when it ruled that treble damages were allowed “only where authorized by statute, and appropriate where conduct is outrageous, because of the defendant’s evil motive, or his reckless indifference to the rights of others.”

Now, there are no more questions about good faith and whether proof of same can allow an employer to avoid treble damages, said Rothschild. But there are a host of other questions.

Such as retroactivity. Indeed, there is already ongoing debate about whether claims filed before July 13 but to be determined after that date will be subject to the damages provision. Other questions concern just how big a spike in claims should be expected — most believe it will be a large jump — and how many cases will be settled (and how quickly) because there is no discretion with regard to those damages.

“Businesses have had all their defenses taken away from them in these kinds of actions,” said Sullivan. “And when I say ‘defenses,’ I mean not simply defenses against the violation, but defenses against excessive damages.

“By taking away the good-faith defenses or the inadvertent action on the part of the employer,” he continued, “you’ve placed employers in a position where a mistake, a miscalculation, or a supervisor’s error now becomes the subject of an excessive-damages award.”

And the companies that are perhaps most vulnerable, said Rapinchuk, are smaller outfits that are understandably more focused on their product or their mission than they are on management issues such as compliance with wage-and-hour laws.

“These might be mom-and-pop operations that have grown into smaller or mid-sized companies,” she explained. “They think they’re doing everything right, and they’ve managed to stay out of trouble to this point, but they don’t know and don’t understand, in many cases, the pitfalls of running afoul of these wage-and-hour laws.”

Rothschild predicted that, when area employers start to read or hear about large settlements involving wage-and-hour violations, they will begin to act and take preventative steps. He urges them to do so now, or run the risk of being the subject of one of those settlements.

“Businesses need to be proactive, not reactive, and need to understand that they face paying out triple damages whether the act was willful or not,” he explained. “Before, if you had an employer who, through some mistake of a bookkeeper, didn’t pay someone the required overtime for a period of time, that employer might say, ‘oops, we’re sorry, here’s your overtime,’ and that would probably be enough.

“Now, if an employee brings a claim, and it’s warranted, the court is going to order triple damages and attorneys’ fees — without discretion,” he continued. “So there’s a lot at stake.”

But even being proactive and working diligently to do the right thing may not be enough to effectively shield business owners from litigation, said Rapinchuk, as she referred, again, to the complexity of wage-and-hour laws and all that gray area.

“Obviously we all want employees to be paid fairly, but this is a very difficult area of the law to fully comprehend and to do everything right,” she explained, “and to penalize people in such a way for making good-faith, honest mistakes does seem to be extreme.”

Rapunchik cited language in the Mass. General Laws regarding exempt and non-exempt employees as but one example of how confusing these laws can be.

There are three main categories of employees that are exempt, she explained, listing ‘executive,’ ‘administrative,’ and ‘professional’ personnel, and a host of conditions that must be met to fit into one of those categories. In the case of administrative employees, for example, in addition to earning a predetermined salary of not less that $455 per week, a person must satisfy both of the following tests:

• the employee’s primary duty consists of performing office or non-manual work directly related to management policies or general business operations or the employer’s customers; and

• the employee’s primary duty includes the exercise of discretion and independent judgment with respect to matters of significance.

There are several factors to be considered when determining whether an employee does exercise discretion and independent judgment on those matters of significance, she continued, and they include “having authority to fomulate, affect, interpret, or implement management policies or operating practices,” and “carrying out major assignments in conducting the operations of the business.”

There is plenty of ambiguity in such language, said Rapinchuk, adding that employers must do more than just read the verbiage and try to understand it.

“Employers certainly have to audit their practices,” he said. “And that means more than just looking at or reviewing the stated policy. It means sitting down with people at the worksite and asking how the policy gets applied. With respect to people exempt or non-exempt, it involves going beyond someone’s title and job description and looking at what that individual actually does.”

Sullivan went so far as to suggest that companies bring in objective individuals, have them interview employees and listen to comments about what they do, and render opinions on whether there is compliance in each specific case.

Taking such steps will not make a company bulletproof when it comes to wage-and-hour laws, he explained, but it will provide the equivalent of what he called a “bulletproof vest.”

Summing up one likely impact of the new damages provision, Sullivan said the measure amounts to labor law specialists’ full-employment act. “This will be another gold mine for them to tap.”

Ultimately, he believes that attorneys representing both plaintiffs and defendants should be quite busy in the months ahead with the expected increase in wage-and-hour claims.

By changing the word ‘may’ to ‘shall,’ the Legislature has stripped employers of their defenses in such matters, thus making complaints much more appetizing to employees and the attorneys who represent them.

And that’s why business owners have become fresh meat. 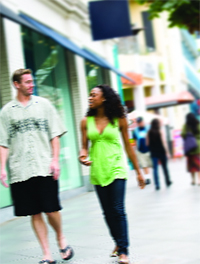