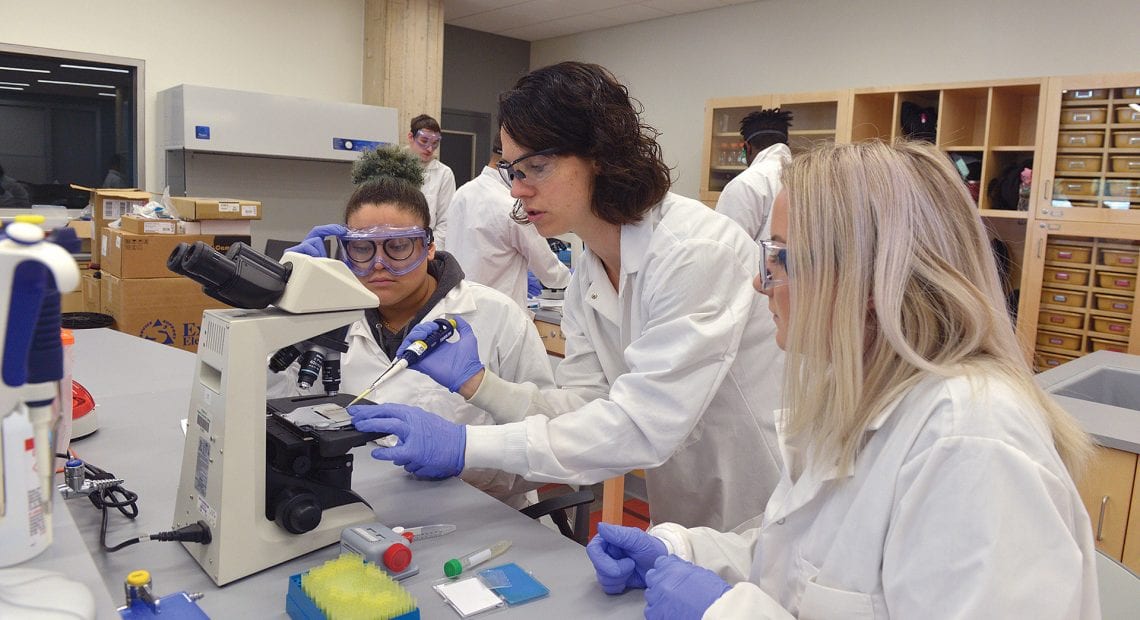 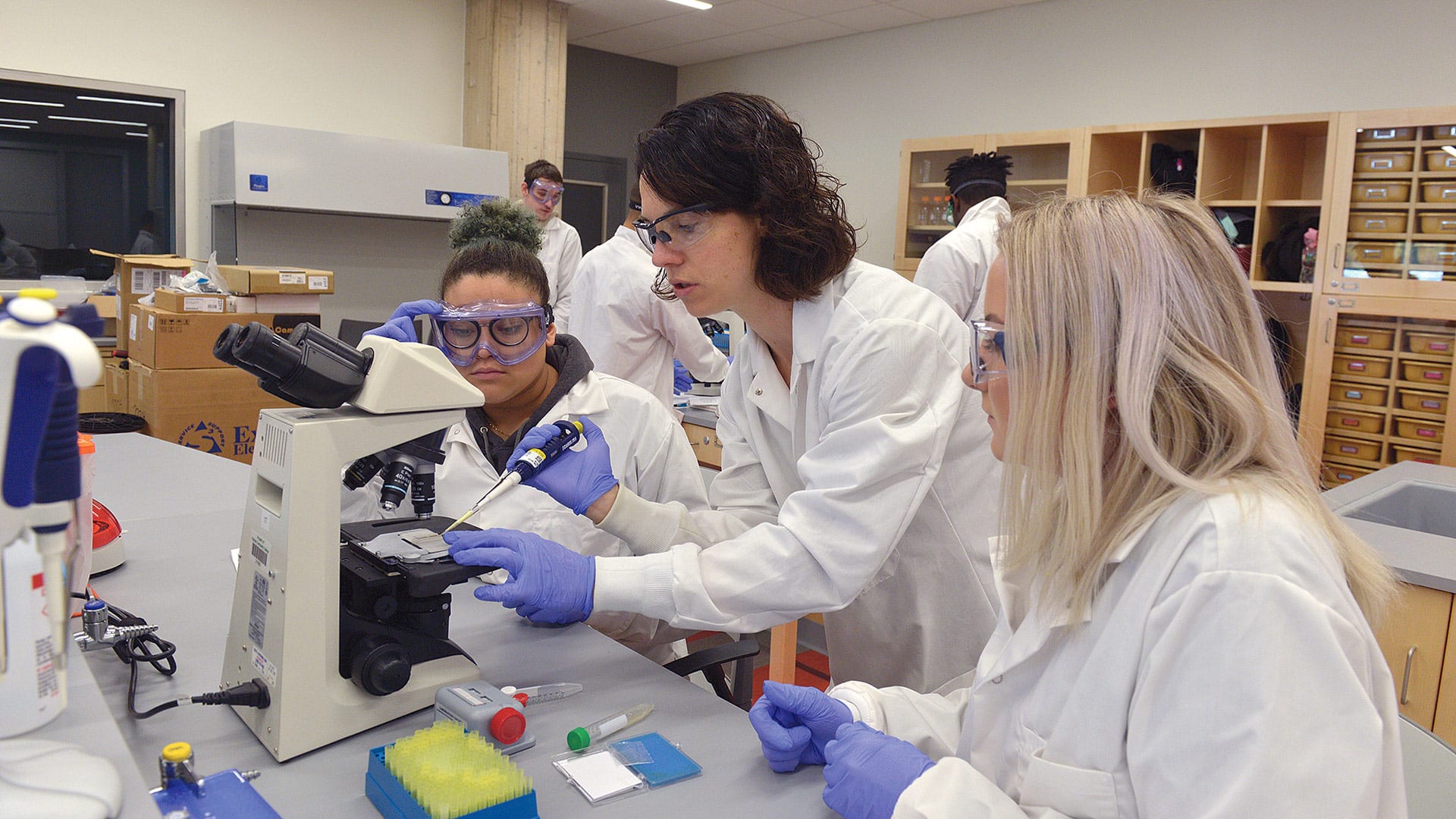 As she walked BusinessWest through one of the brand-new labs in Holyoke Community College’s Center for Life Sciences, Professor Emily Rabinsky said there’s plenty for students to appreciate.

“Our old lab space was very outdated and not very conducive to learning,” said Rabinsky, who coordinates the Biotechnology program at HCC. “There were two long bays with a tall shelf in between that made it very difficult for the students to see what the lecturer was referring to, and the equipment was very outdated.”

“At our recent open house, some students happened to walk by, peeked in, and said, ‘wow, this is amazing,’” she said. “I think this facility could rival many of the four-year colleges.”

Take, for example, the only certified cleanroom at any Massachusetts community college, and one of very few at any college or university in Western Mass.

“It’s pretty unique at the community-college level,” Rabinsky told BusinessWest. “It’s something commonly used in many of the life-science research areas. Students will learn how to minimize contamination and keep the space sterile for any kinds of cells they’re working with.”

Take, for example, a class she’s currently developing called “Cell Culture and Protein Purification,” which will make copious use of the cleanroom.

“We’ll be training students in the cell-culture class in how to maintain mammalian cell cultures, because they can be easily contaminated with bacteria or other microbes that are in the air,” she explained. “Mammalian cell cultures are commonly used in any kind of research studying cancer, or studying new drug therapies, so it’s a good skill to know.”

The cleanroom will also be utilized as a training facility for area professionals — for instance, in how to monitor the air for microbial content, commonly known as particle count.

“In a cleanroom, there should be fewer particles in the air because we have a special kind of filtration. So it has to constantly be monitored and verified,” she said. “Any cleanroom at UMass or any kind of industry has that monitoring done for them, so if someone wants to go into that kind of field, they could get that training here.”

So, while students are being trained in laboratory settings similar to what they will experience in industry, making them more competitive for the biotech job market, Rabinsky said, HCC serves a local workforce-development mission by training non-students as well.

“A lot of these local biotech companies that do this kind of work, they find it can be very costly for them to train new employees at their facility, and at the same time, they’re risking contaminating their facilities with these new workers that are just learning the technique, so why not do it here where it’s not such a high risk?”

HCC recently staged a grand-opening ceremony for the 13,000-square-foot, $4.55 million Center for Life Sciences, located on the lower level of HCC’s Marieb Building. The Massachusetts Life Sciences Center awarded HCC a $3.8 million grant for the project, which was supplemented by $750,000 from the HCC Foundation’s Building Healthy Communities Campaign, which also paid for the construction of the college’s new Center for Health Education on Jarvis Avenue in Holyoke.

“Those grants outfitted the biotechnology program but also all of the programs that fit in around it, including microbiology, general biology, and genetics,” Rabinsky said, noting that the new space includes two labs, the cleanroom, a prep room, and a lecture area. 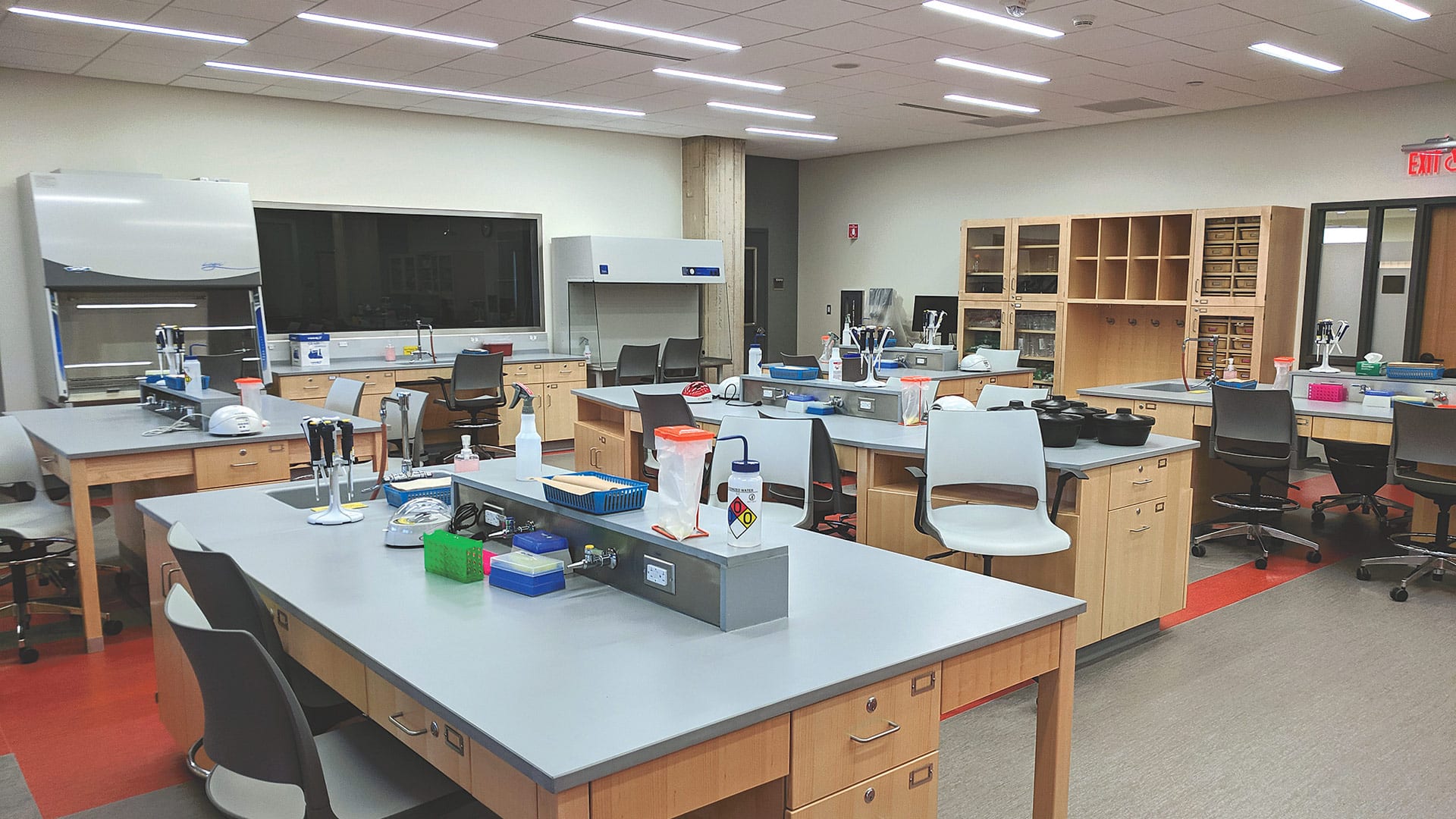 Grant funds and donations also paid for new equipment, including a high-end, research-grade fluorescent microscope, like those used in the pharmaceutical industry; a micro volume spectrophotometer, used to measure small amounts of genetic material; and an electroporator, for genetic engineering. Meanwhile, a cutting-edge thermocycler can take a small sample of DNA and make billions of copies in an hour.

About half of Rabinsky’s students are interested in going into biotechnology, with most of those specifically interested in medical biotechnology and pharmaceuticals, as well as medical devices, an industry with strong roots in Western Mass. and the Boston area.

“I also have students who are just interested in the life sciences, interested in research, and just want to be exposed to all the different areas of biotechnology,” she went on. “A lot of these skills can be applied to many different fields. They may be interested in going into genetics, for example. I would say one of the challenges is drawing in the kids in who may not have thought about biotechnology or biology.”

To that end, in her introductory biotechnology course, she incorporates activities that students can relate to their everyday lives.

Rabinsky admitted some might not see the new center as a necessity since HCC already had a functioning facility upstairs, but said it was important to keep the college on the cutting edge and attract more students to give the life sciences a look.

“This makes them excited about the field, and it’s more a conducive space for learning, with these small tables that make working in groups much easier. Then we have newer technologies and new equipment to train students on, which are very similar to what they’ll in the field.”

Of course, it all starts with the instruction, and on that front, Rabinsky said the Center for Life Sciences will continue to prepare students to enter what is certainly a growing field from a jobs perspective.

“I’ve had students that have gone on to UMass and said that they learned things here they haven’t learned there, and that our equipment properly prepared them for graduate research,” she said. “That’s really nice to hear.”

An Educational Assistance Program Can Bring Many Benefits