‘The Art of Risk’ 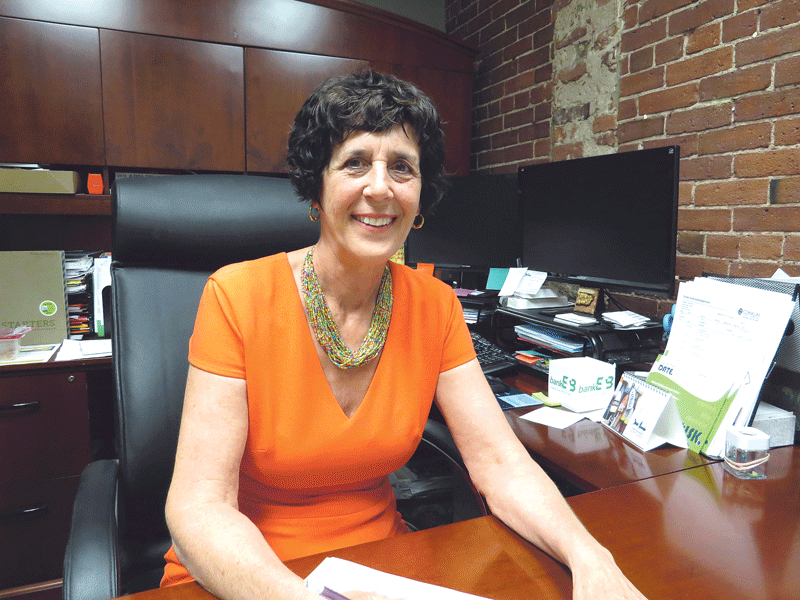 It was more than a decade ago now, but Kathy Anderson can clearly remember the many emotions that accompanied her decision to seek the role of director of the Holyoke Office of Planning and Development.

They included doubt — there was some of that, and on many levels — as well as uncertainty and perhaps a bit of fear as well. But there was also confidence and anticipation about what she could do in this role and what it would mean for her career.

Anderson recalls that what she needed — and what she got from her friend, fellow Holyoker and mentor of sorts, Joan Kagan, director of Square One — was some inspiration in the form of thoughtful advice on how to approach and manage this episode in risk taking, as well as some needed encouragement and reassurance that she was certainly well-equipped to succeed in that big job.

It’s because Anderson has never forgotten those words, or how important they were to her, that she has enthusiastically partnered with colleague Maureen Belliveau, director of the Greater Easthampton Chamber of Commerce, to launch a new women’s leadership event and make the broad subject of risk the focus of the inaugural program, slated for Friday, Sept. 22 at the Log Cabin Banquet & Meeting House in Holyoke.

Make that “Women & The Art of Risk.” That’s the formal title of the event and a template to be followed moving forward, said Belliveau, adding that ‘Women & The Art of ….’ will become a brand, of sorts, with the noun to change with the year.

And risk, or the process of assessing, assuming, and managing it, is truly an art, she went on, adding that women encounter risk on many levels and at many stages in their life — in their careers, in their family life, and in the constant struggle to balance those two forces.

To help with this assignment, the two chambers have put together this leadership conference, one that will feature workshops, discussions, and career-development opportunities. Some of the day’s programming has fallen into place, but in many ways, the canvas still needs to be filled in, said Anderson, adding that a big component still taking shape is the series of inspirational stories of risk-taking that organizers plan to present.

They’re calling them, appropriately enough, ‘stories of risk,’ and the chambers invited women to submit entries (via 500-word essays or two-minute videos) for the right to tell their story.

A number of entries have been received, said Anderson, and they are currently being reviewed, with the winners to be announced in the weeks to come.

Whatever stories are chosen, they are certain to generate discussion and debate, while also inspiring those in the audience, which is what organizers had in mind when they blueprinted this program.

As she talked about how and especially why the women’s leadership conference came about, Belliveau began by turning the clock back a few decades to when she was starting her career.

Desiring to be careful with her words and not generalize, she nonetheless strongly implied that back then … well, women were, by and large, less willing (and perhaps less able) to be of assistance to other women, especially when it came to career ladder climbing, mentoring, and more.

“We were trying to enter the male-dominated workforce, and because it was so competitive, women were not necessarily jumping up to help one another,” she recalled. “But now I feel the environment has changed; the energy has shifted, and now is the time when we can come together in a really strong way and support each other.”

So, in many ways, this new women’s leadership conference is a celebration of this phenomenon and an attempt to take full advantage of it, for the betterment of women across the region.

This greatly improved climate when it comes to women helping and mentoring other women was coupled with a desire by the leadership at both chambers to create programming that went beyond traditional networking and beyond the prototypical legislative roundtable.

“Kathy has been wanting to do a conference-type event for women for some time now, and I’ve wanted to do something on inspirational leadership,” said Belliveau, noting that the two chambers have collaborated to present an event involving area legislators each spring for several years now. “We started talking in January about what we were going to do this year, and things just kind of snowballed.” 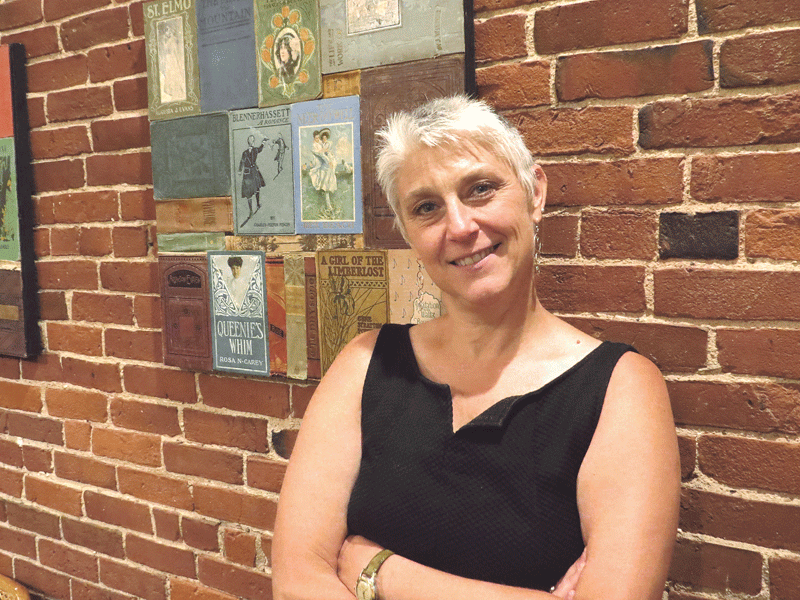 Maureen Belliveau says organizers of the September women’s conference are working hard to avoid falling into the clichés involving the subject of women and risk.

Anderson agreed, and noted that, in some ways, the collaborative relationship between the two chambers, and the two chamber leaders, helped inspire the women’s leadership conference, its theme, and its tone.

“We’re two women in business, and we’re trying to help people in business,” she explained. “When Mo and I first met, we instantly clicked; we’re helping each other, and we’re mentors to each other.

“We’re inspired by each other and we get ideas from other, which benefits our members and the region as a whole,” she went on. “We felt like we wanted to bring that feeling of inspiration and camaraderie to a bigger stage, if you will.”

As the notion of a women’s leadership conference began to crystalize, organizers, from the start, sought to take the discussion to a higher plane than most women in business have previously, and repeatedly, encountered.

“We’re trying to stop ourselves from falling into clichés concerning this topic, which is pretty easy to do,” said Belliveau. “Instead of hearing, again, ‘you need to schedule time on your calendar to relax and be by yourself,’ how about information about how women are being sucked into a lot of other agendas that aren’t supporting their own agenda, and advice on how to clear all that out so they can focus on what’s really important?

“At the end of the day, we want people to leave inspired,” she went on. “And we want them to leave with something they didn’t have when they came, whether that was a connection or a new way to look at things.”

And they are expecting the various presentations, and especially those ‘stories of risk’ noted earlier, will go a long way toward accomplishing that goal.

Indeed, such sagas will provide a personal, real-life tone to the discussion, said Anderson and Belliveau, and they will, if chosen properly, portray the full gamut of risk, address the many forms it takes, and drive home the point that risks must be weighed and taken at all stages in one’s life.

The wording in the invitation to submit an entry is very telling and speaks to why organizers put this program together. “Have you taken a bold move in your career?” it reads. “Have you struggled with work/life balance but took a risk to bring it back into balance? Have you had a gnawing feeling you wanted to quell that compelled you to take a risk? Has there been something looming over you that involved risk to overcome?”

Most women would answer ‘yes’ to most if not all of those questions, said Anderson, and that’s why she and Belliveau are expecting a strong turnout on Sept. 22.

As noted earlier, programming for the event is coming into place, and it will have a strong local flavor.

The keynote speaker will be Colleen Del Vecchio, director of Alumnae Engagement at Smith College, and a Gallup-certified strengths coach. Breakout sessions will feature:

• Angela Lussier, author, founder of the Speaker Sisterhood, and host of the “Claim the Stage” podcast;

• Tahirah Amatul-Wadad, an attorney with the Mass. Commission on the Status of Women;

• Mollie Fox, a consultant and trainer specializing in leadership and negotiation.

Tickets to the conference are $99 if purchased before Aug. 25, and $119 after that date. Tables of eight are $750. For more information on the event, visit www.holyokechamber.com or www.easthamptonchamber.org.

It’s scary almost all the time, actually, and by creating an informative, interactive environment where risks can be shared, discussed, debated, and dissected, organizers of this women’s leadership conference expect that perhaps they can make such exercises somewhat less scary.

This was the motivation for the event, and the two chambers — and their leaders — believe the time, the environment, and the energy is right for such a program.