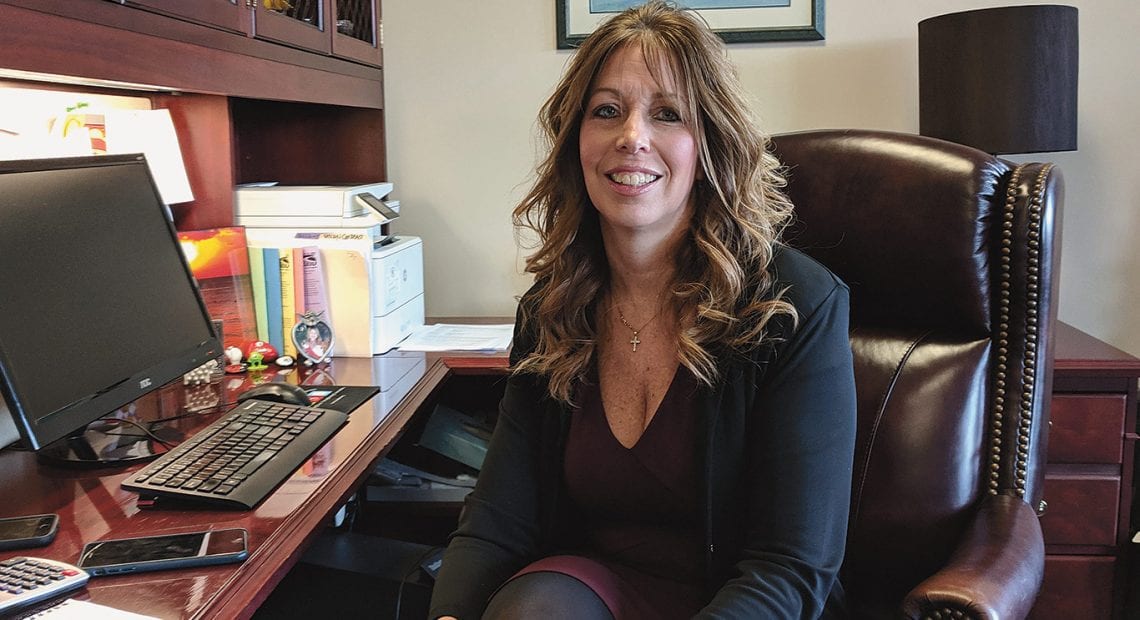 Karin Jeffers Has Grown CSO into a Leader in Behavioral Health 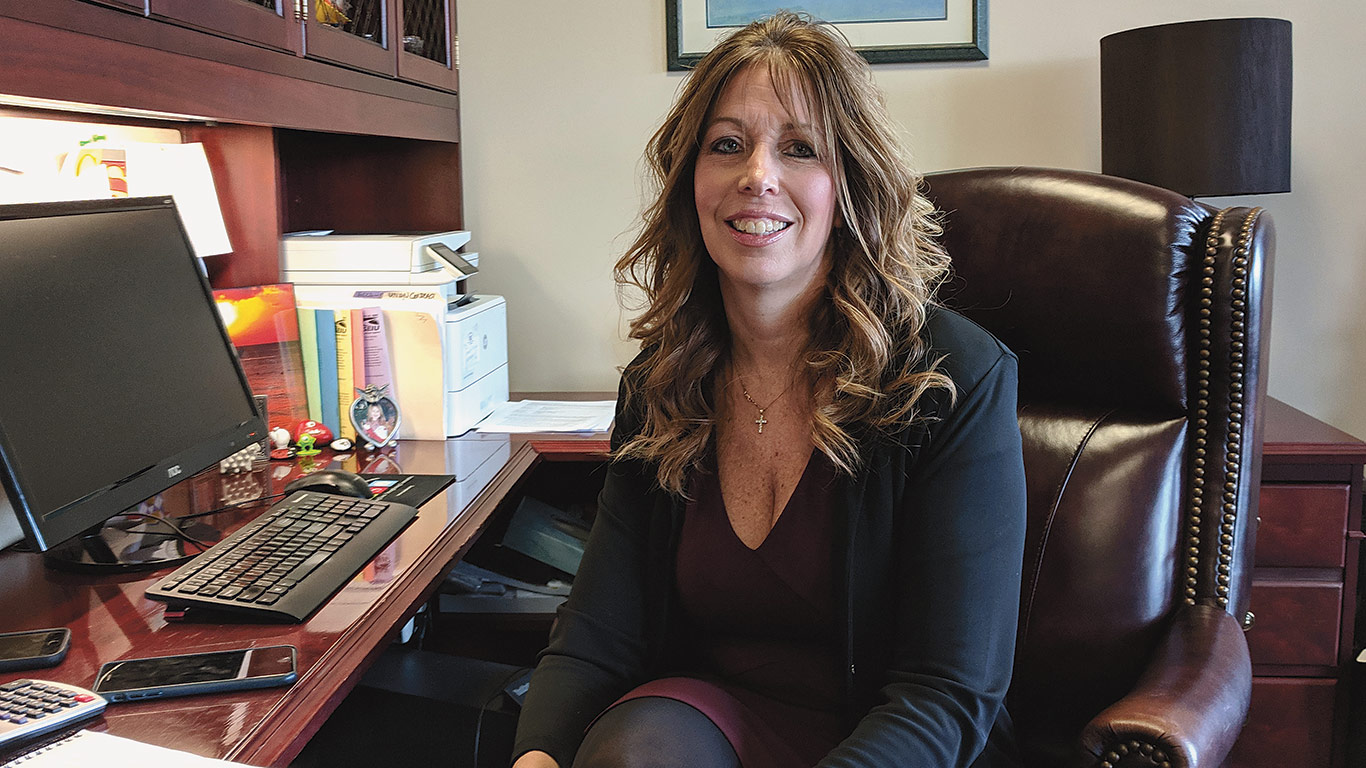 Karin Jeffers, the long-time CEO of Clinical & Support Options, knew she had a challenge on her hands when she took the reins at the struggling behavioral-health and social-services agency. But she’s never been one to shy away from a challenge, and has steadily grown the organization into the broad-based, community-focused force it is today. She’s done so by embracing constant change, a culture of learning, and a sensitivity to the unique experiences of each client who walks through the door.

As the daughter of teachers, helping and supporting people was in Karin Jeffers’ blood. How she eventually applied that idea, however, wasn’t exactly a straight line.

“I went to school at Springfield College for physical therapy and thought I had my life figured out,” she told BusinessWest. “That’s what I was going to do. But then I took an abnormal psychology class, and I was just fascinated. It was way more interesting than anything I was doing otherwise.”

After doing a bit of research and learning how mental-health professionals impact people’s lives, she was sold, and switched her major to counseling and psychology.

“That was probably three and a half years through the PT program,” she recalled. “That was a fun phone call home to my dad.”

Her career path has validated that decision in spades, however. After earning her master’s degree in psychology, Jeffers took a job with the Massachusetts Society for the Prevention of Cruelty to Children and, over the next 13 years, rose through the ranks there, from home family therapist to coordinator to clinical director to regional director.

“It can be challenging when working with children and families, but what I found immensely rewarding — and this holds to this day — is the resilience of kids and families and their desire for a better life.”

“It was a great organization; it really exposed me to a lot of the ways you can help people and make a change in an individual, a family, and a community.”

It was telling — and another validation of her shift away from physical therapy — that she found the work rewarding, even though the issues she dealt with on a daily basis could be sobering, to say the least.

“It can be challenging when working with children and families, but what I found immensely rewarding — and this holds to this day — is the resilience of kids and families and their desire for a better life,” she said. “That really drives me through what can sound like horrible stories, whether it’s abuse or trauma or whatever people have been through.

“You rarely meet somebody who wants to be in a bad place,” she went on. “You meet people who want to do better, but they may not have the tools or the resources or the supports to get where they need to be; the hope is that you can help people get closer to healing and recovery.”

Meanwhile, Clinical & Support Options was an agency founded as a child and family organization that had crept away from that mission somewhat over the years, Jeffers said. She arrived there in 2005 to become CEO of what was then a $4 million nonprofit behavioral-health enterprise with about 90 employees and just a handful of sites, mostly in Franklin County.

“I’ve always loved challenges, and at the time that I came to CSO, it was a much smaller agency,” she said. “They had been through several CEOs in the prior few years. They had a really good core mission and core group of people, but needed some leadership, so it was an opportunity for me to make my mark on a new agency and see if we could build something that would make a difference.” 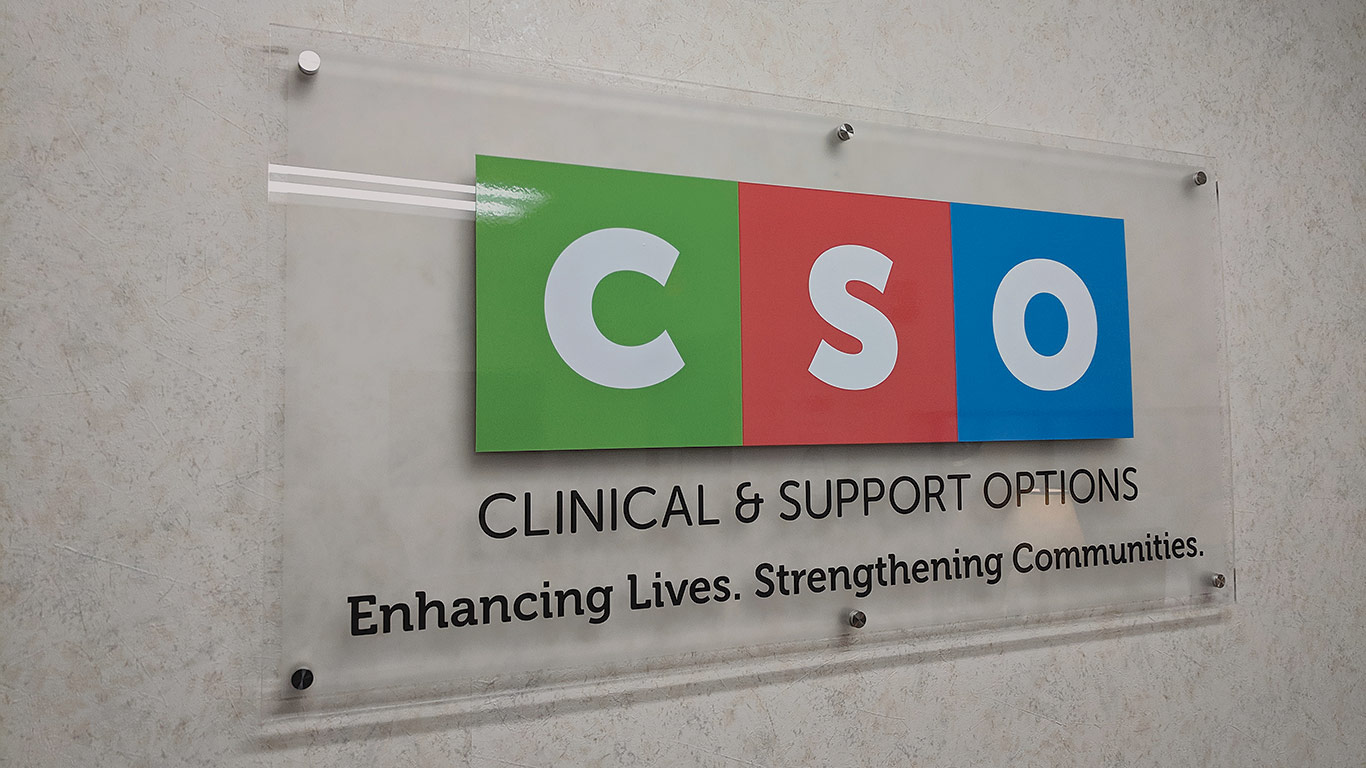 That she has. Thirteen years into her leadership tenure at CSO, it has become a $40 million organization with more than 700 employees spread across five counties, with 15 office locations, and serving some 17,000 people annually.

“We really have the full spectrum of services, from crisis intervention to family support to prevention services to support and recovery services,” Jeffers said. “Our latest merger was with Friends of the Homeless, so now we’re able to add housing and shelter to it. The way we’ve been able to integrate and really blend all those services together, we can truly say that, if you need support or help, just come here, and we’ll help you figure out where to get it, as opposed to you having to know which number to call and where to go and what to ask for. We work very hard at that kind of integration and service.”

She has spearheaded that kind of growth and integration through a specific set of values and a nimble leadership style that embraces change, and encourages her team to do the same. And she’s certainly not done.

The Clinical & Support Options that Jeffers joined in 2005 was saddled with what she called a bad financial picture, but a good core team that wanted to provide strong services — and needed strong leadership to do so.

“I’m a big believer in strategic planning and actually following that plan and executing it,” she explained. “Some of the growth has happened through partnerships or mergers or takeovers of other offices. We’ve actually had other behavioral-health agencies close down offices, then reach out to us at CSO to assume operation. So we were able to grow by picking up those services where they were needed and expand on them, really use it as a launch point to do even more.”

Some growth was driven by changes at the state and federal levels. The 2009 Children’s Behavioral Health Initiative, which aimed to expand and integrate children’s mental-health services in Massachusetts into a comprehensive, community-based system of care, wound up building up CSO’s roster of contracts. Meanwhile, it was one of only three agencies nationwide to win a federal grant from the Department of Justice to link victims of crime to mental-health and trauma services. Other grants followed, and the agency continued to grow.

Part of meeting those needs is a strategic direction toward what she calls a “trauma-informed” culture, which is essentially a system-wide change, launched about five years ago, that emphasizes sensitivity to possible trauma in every person who comes to CSO.

“A lot of people think of trauma-informed care as just a modality, trauma treatment, and we really look at it as a much broader philosophy, which is that trauma affects way more people than you think,” she explained. “You never know who has been traumatized, so how you treat people and what culture you set and having a place where you respect choices and empowerment and safety — that’s different than just providing trauma treatment.”

To that end, CSO has embarked on a long-term culture shift that not only includes best practices in treatment, but also examines what the offices look like, how policies are received, and how people are treated.

“The end result has been an ongoing philosophy of embedding trauma-informed care and resilience throughout everything we do,” she went on. “We trained everybody, from clinicians to the janitorial staff to administrative staff and secretaries, right across the board, so that everybody had the same filter and philosophy and support in doing their jobs.”

She even enlisted people to walk through the various CSO offices, like secret shoppers, and report back on their experience. The feedback included everything from pictures on walls that might be triggering to how they were treated when they came to the front window, and that feedback was then used to initiate change.

“You never know who has been traumatized, so how you treat people and what culture you set and having a place where you respect choices and empowerment and safety — that’s different than just providing trauma treatment.”

As one example, the waiting room in the Springfield office used to have hallways on either side, and staff constantly walked through. But Jeffers heard that felt really intrusive, and bothered clients who were finally asking for help, but were being ignored by professionals in the office. So the waiting room was moved to a larger, quieter spot, where the first providers clients saw were there to help them, not walk past.

“We look at our staff from the client lens,” she said. “It really is about a culture shift, and that is ongoing. There really isn’t a start and an end. Well, there’s a start, but then it’s an ever-evolving process, and our goal is quality improvement.”

That training in trauma-informed care is just one reflection of an organization — and its leader — that value continual learning. In fact, CSO provides more than 500 hours of free training for staff per year, which makes it easier to promote from within; more than 48% of the management team (70 out of 145) have come up through the ranks.

“It is very much a learning culture. We do a tremendous amount of internal staff training, but we also do external training,” Jeffers said, noting CSO has trained more than 1,000 individuals in mental-health first aid (both youth and adult versions) and more than 1,100 community members in principles of trauma-informed care (TIC). That’s on top of training 820 employees in the TIC curriculum over the past four years.

“We’ve provided training to other agencies, police, schools, colleges, and community groups on trauma-informed care and the impact of trauma in the communities,” she explained. “For the lay person, a lot of the focus is on how to recognize what your role can be in helping somebody get to a better place. Stigma is still real; people are afraid of mental health, and they don’t know how to react to situations. So we’re really trying to break down that stigma and empower people and teach them what their role can be, whether it’s your family or neighbor or someone in line at the grocery store having a tough time.”

That community impact — not just in external trainings, but in the day-to-day improvement in people’s lives — is one of the things that keeps Jeffers motivated as new threats emerge, such as the opioid crisis that has become so prevalent in recent years.

“The state of Massachusetts is heading in some really exciting directions with their investments in behavioral health, so to be a part of that is really exciting,” she told BusinessWest. “We will continue to be good at what we do and then see what else we can do. We certainly don’t want to grow just to grow. We want to grow to meet the needs of our community, and I think there’s still a lot of work to be done.”

“People who work here know we’ve got to change and adapt,” she went on. “It’s not about doing the same old same old, but how do we constantly strive for better quality and better outcomes? That’s something that drives me, and it’s exciting to be a part of it.”

As a prominent female leader in healthcare, Jeffers is especially proud of the percentage of women in leadership positions at CSO, including 60% of the executive leadership team (six of 10), 73% of the senior leadership team (27 of 37), and 84% of the overall, agency-wide management team (122 of 145).

Still, at the end of the day — and some days are tougher than others — it’s all about meeting needs and creating change in the community.

“There are definitely challenges,” she said. “Challenges on the funding front, keeping up with demands, and creating a good place to work are tough. But it’s exciting to know we can impact the number of people we impact.” 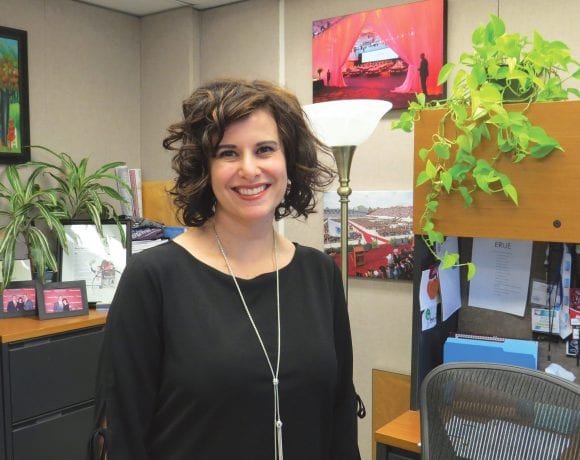