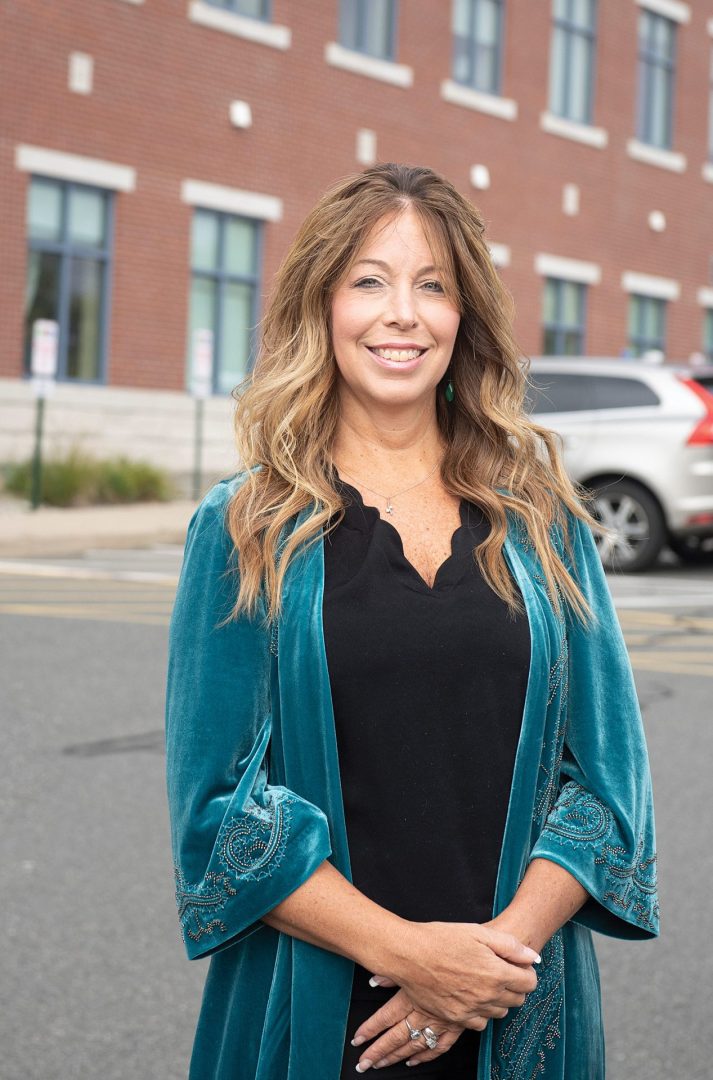 Karin Jeffers knew she was taking a big risk.

It was 2005, and she had the opportunity to take the reins at Clinical & Support Options (CSO) — a nonprofit community behavioral-health agency that had lost several large contracts and had just parted ways with its third CEO in five years, the last one under investigation for Medicaid fraud in Vermont.

At the time, Jeffers was the regional director for the Massachusetts Society for the Prevention of Cruelty to Children (MSPCC), a job she greatly enjoyed. However, though secure in that role, she decided to take the risk and accept the top job at CSO. Reactions from her colleagues ranged from the polite — “we’re surprised to see you do that” — to the blunt: “what are you thinking?”

But during the interview process, Jeffers met the CSO staff and found people who were passionate and capable, and who cared about providing quality service.

“At that moment, it became clear the problem was leadership and not the staff or the agency mission,” she said. So she accepted the position with a realistic attitude. “We’re either going to fall on our face, or we’re going to make something of this.”

Fortunately for people all over Western Mass., she did make something of it. When Jeffers first joined CSO, it was a $4 million agency with 90 employees. Today, she manages a $45 million budget with more than 600 employees who provide services to 19,000 families and individuals.

This impressive growth resulted in large part from Jeffers adopting the philosophy that a nonprofit organization is a business and should be run like one.

“Nonprofit is a tax status, not a business model,” she said. “As important as our employees and clients are to us, profit and loss statements matter, too.”

To achieve the right balance, she believes in open communication. “Our manager meetings include behavioral-health people as well as fiscal staff,” she explained. “When there is something we would like to do but can’t, we are transparent about it so everyone understands how we reached our decision.”

Paying close attention to both the service and fiscal parts of the organization was key to CSO surviving and now thriving.

“When I joined CSO, we were days away from closing down, and there were weeks when we struggled to make payroll,” she recalled. “Now that we have enough capital to invest in the company, we are able to look at providing services five, 10, even 15 years out.”

That willingness to take risks goes back to her days as a sports physical therapy student at Springfield College. Physical therapy seemed like a logical major for Jeffers, who was a runner on the SC track team. Three years into her studies when the clinical practicum began, Jeffers discovered that working in physical therapy no longer appealed to her as a career.

“At that same time, I was taking an abnormal psychology class that was fascinating to me,” she recalled. She switched her major to psychology, then remained at SC, earning a master’s degree and later became a licensed mental-health counselor.

“We’re either going to fall on our face, or we’re going to make something of this.”

“I was the typical soon-to-graduate student,” she said. “I sent out 50 résumés and landed only one interview.” That interview was with MSPCC, which hired her as a therapist.

“I could not have asked for a better place to learn so much about the industry,” Jeffers noted. “Thanks to some fabulous mentors who were willing to teach and guide me, I kind of grew up professionally at MSPCC.” 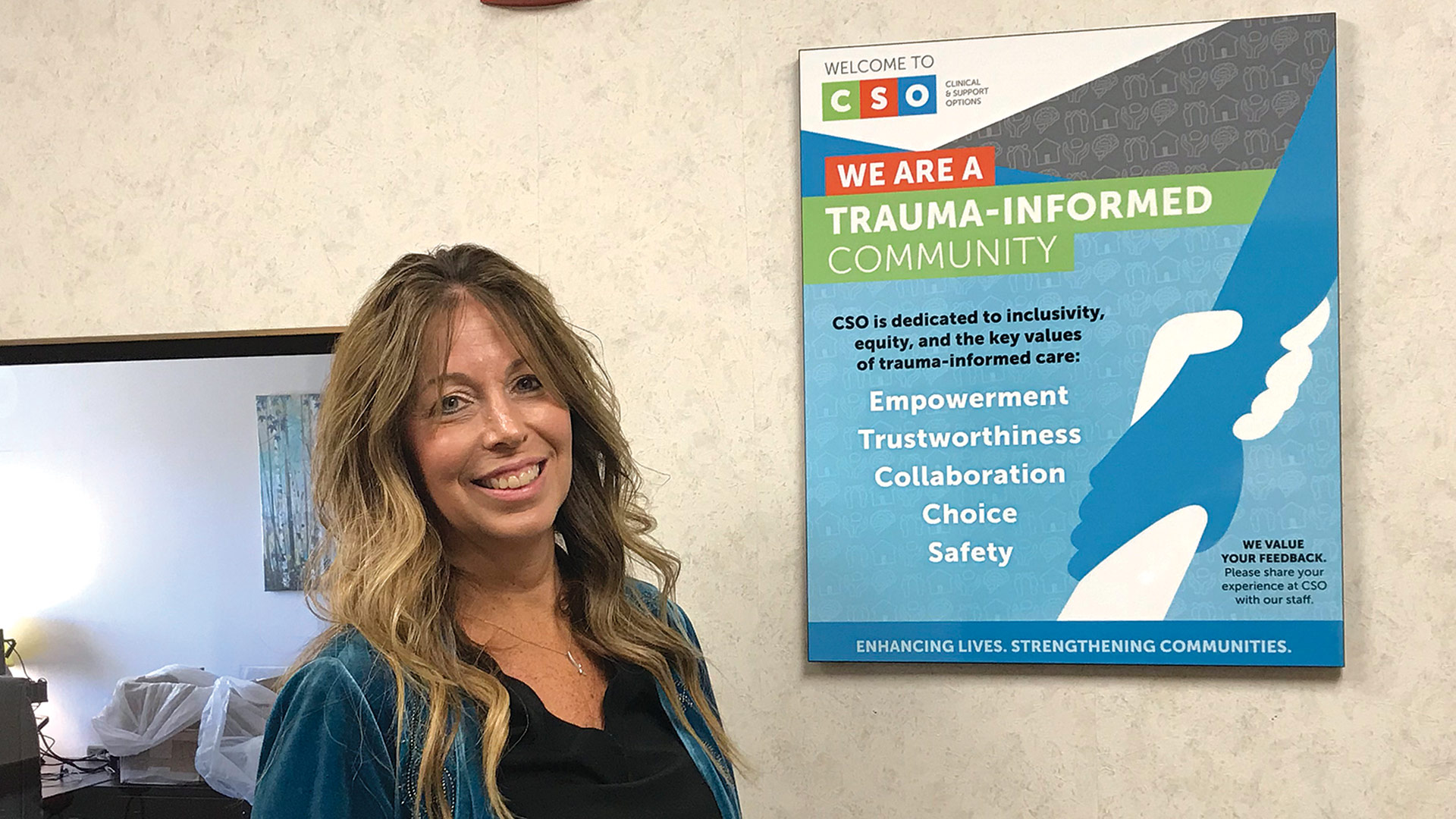 Karin Jeffers says trauma-informed care informs not just clinical operations at CSO, but all departments, from IT to maintenance.

In nearly 14 years, she rose through the ranks, holding several management positions, until she became regional director, overseeing operations across all of Western Mass.

As a leader, she appreciates that her success was due in large part to the internal promotions she received at MSPCC and the mentors who were willing to take a chance on her. “I wasn’t always the most experienced person, and I didn’t have all the answers, but there were people willing to invest in me and provide the opportunity.”

Because of that experience, internal promotions are strongly supported at CSO. Among 135 managers, she noted, 67% were promoted from within.

“Whether I’m mentoring women or men, I believe in giving someone an opportunity to take a risk and let them learn instead of looking for what they are doing wrong,” she said, adding that the result is a team of people who are invested and who can shine in their work.

“Promoting from within has helped define who we are as an agency,” she added. “It’s helped us grow, become more innovative, and provided stability in our management.”

While women outnumber men in direct human-services positions, the ratio reverses at top leadership levels, where women are less likely to be found. Jeffers became president and CEO at age 35, and, while she felt up to the task, there were some who questioned her abilities based on her age and gender.

“There is some truth to the idea that a woman has to work a little harder to get a seat at the table,” she told BusinessWest. “Once at the table, though, I’ve had wonderful experiences feeling very much on a level playing field among colleagues who are respectful to me.”

Behavioral-health workers often hear they are doing “God’s work.” While Jeffers agrees with that sentiment, she believes it’s also important to recognize these are medical professionals and should be compensated as such.

To that end, she serves on several influential boards, most notably the Assoc. of Behavioral Health and the National Council for Mental Wellbeing, where she advocates for parity in the way behavioral-health professionals are paid compared to those in physical care. Jeffers has testified to the state Legislature about where the disparities are and how to address them.

“Whether I’m mentoring women or men, I believe in giving someone an opportunity to take a risk and let them learn instead of looking for what they are doing wrong.”

“Investments in the workforce will make or break the future of community-based behavioral healthcare,” she said. While pandemic-relief money has been helpful in providing some immediate support, the goal is long-term salary increases.

“We have a seat at the table, and people are listening,” she added. “Now we need to see this turn into action.”

Currently, the state is looking at a redesign of its behavioral-health services, which gives Jeffers hope for lasting change. “It could really turn the tide for behavioral health in Massachusetts.”

CSO is one of the first agencies in Western Mass. to adopt a training technique known as trauma-informed care (TIC). Because trauma can impact every aspect of health, TIC encourages a more compassionate approach in client interactions.

According to one TIC training website, asking someone “what happened to you?” instead of “what’s wrong with you?” is a simple example of the attitude shift when using this method. More than a treatment plan for clients, Jeffers sees TIC training as a model for how to do business at CSO.

“Our maintenance staff, IT, front desk, everyone is included in this training,” she said. “The goal is to shift the way we interact with clients and each other toward a culture of care.”

For Jeffers, risk taking is not limited to work. Her husband, Scott, lost his sales job after his company was acquired by a larger entity. As his next act, Scott considered purchasing the Daily Pint, a small pub that was for sale in Wilbraham, where he had grown up.

“Using all the risk taking we had applied at CSO, we took a leap of faith and said, ‘why not?’” Jeffers explained. So they acquired the Daily Pint, two years before the pandemic threw a wrench into plenty of business plans. After the initial impact of having to close and endure layoffs, the hometown pub has been making a comeback with the same staff returning to work.

“It’s really Scott’s day job, but since I’m a co-owner, I have to pull my weight there, too,” she said with a laugh.

When she can take time to reflect, Jeffers appreciates all the challenges CSO has overcome since she joined the agency in 2005.

“We serve about 19,000 people each year, and over the last 15 years, that’s a lot of people,” she said. “I feel privileged that the great team here at CSO allows me to be their leader.”

She also expressed gratitude that her team is willing to follow her and take risks as well.

“There were times when I’ve asked people to just trust me,” she said. “I’m so lucky to have people who do trust me and then get things done. It’s a real can-do attitude we have here.”

Smart risks and a can-do spirit — they’re just part of what makes Karin Jeffers a Woman of Impact. 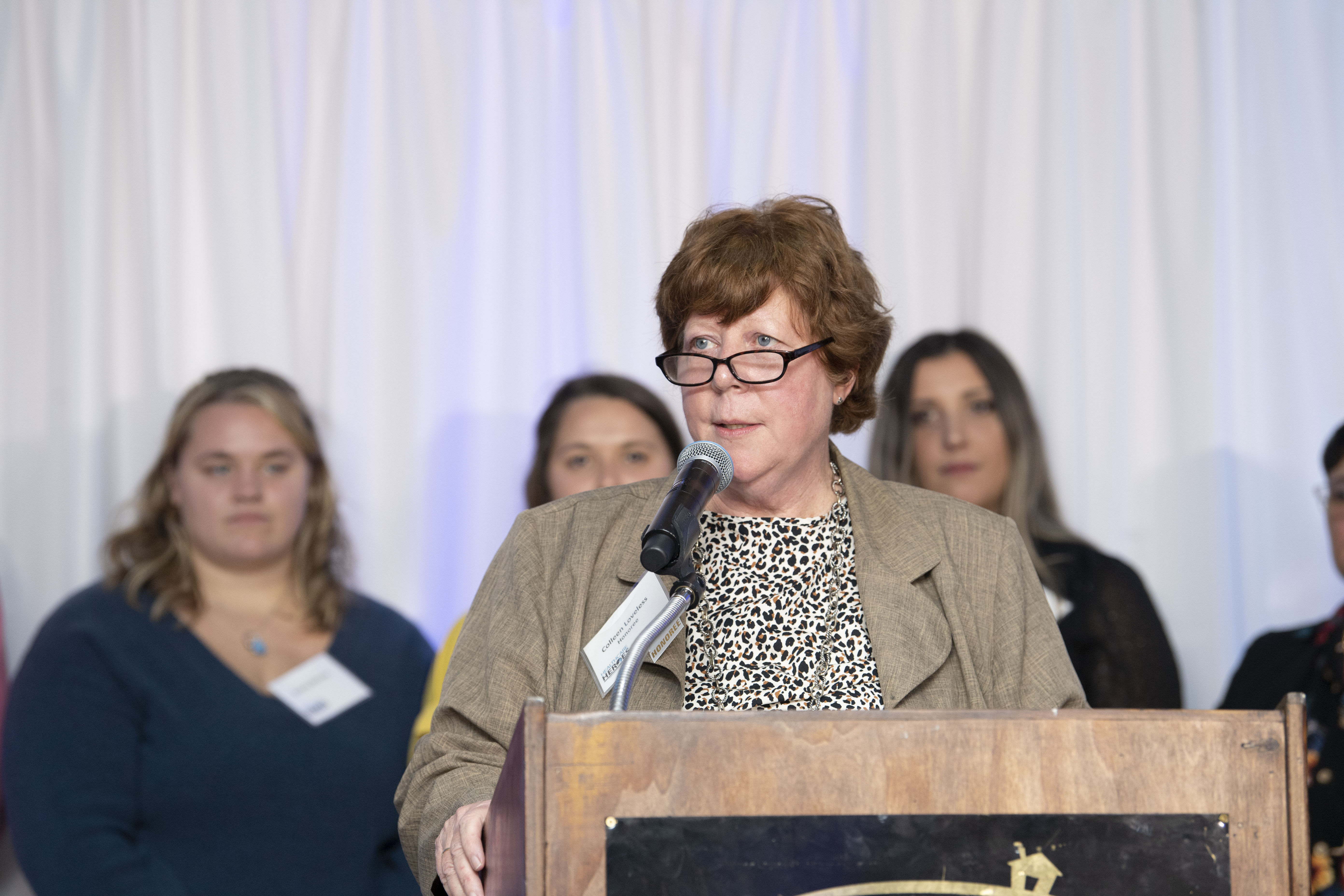