She calls it the “convertible bra.”

Kim Cartelli Matthews started conceiving it while attending the Fashion Institute of Design & Merchandising in Los Angeles in the early ’90s. Simply put, it’s a bra with straps that can be adjusted to accommodate a variety of tank top neck designs. There was nothing exactly like it on the market when Cartelli Matthews — who once fashioned bra straps out of mint dental floss to resolve one wardrobe challenge she encountered — first proposed the concept before members of an entrepreneurship class. And there still isn’t, although she’s working on it.

But the drive to bring the bra to market has taken a back seat to Cartelli Matthews’ work with the family business, luxury car dealer Fathers & Sons Inc., for which she serves as marketing director, and also to her extensive community work, which includes service with groups ranging from the United Way to the American Heart Assoc.

Cartelli Matthews appears in many of the dealership’s radio ads, identified as “the daughter at Fathers & Sons.” Those are words she never thought she would utter when she was younger. “People kept asking me if was going to work for the family business,” she recalled. “I always said, ‘hell, no!’”

But when her father, Robert Cartelli, asked if she would help out with marketing and facilitate the company’s move into its new dealership on Memorial Avenue in West Springfield in 2002, the answer was ‘yes.’ And that was the same reply she gave her father a few years later when he made a counterproposal after one of the designers Cartelli Matthews was working with to bring the convertible bra to the marketplace offered her a job in New York.

‘Yes’ has also been the common response when she’s been asked to serve area non-profits. One of her current, and more exciting, assignments has been with the United Way to help it launch the “Young Leaders Society,” which is being created to identify the next generation of business and civic leaders in Western Mass.

Probably the only time Cartelli has said ‘no’ lately was when asked if she had given up on the convertible bra. 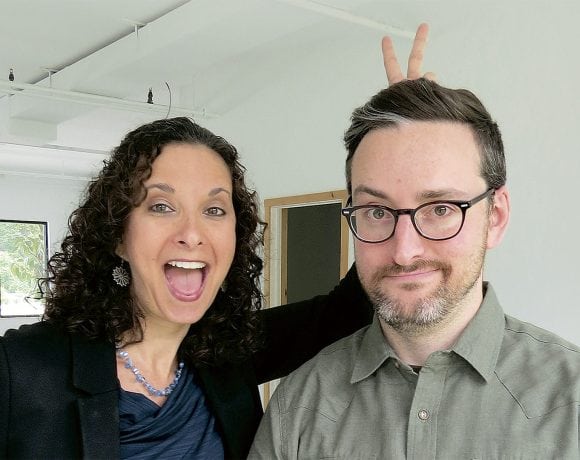