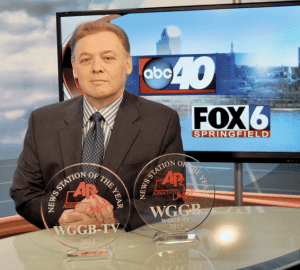 SPRINGFIELD — John Gormally, president of Gormally Broadcasting, LLC, as well as BusinessWest magazine, yesterday announced that he has signed an agreement to sell Springfield-based ABC 40/FOX 6 to Des Moines, Iowa-based Meredith Corp. The sale is subject to approval from the Federal Communications Commission and is expected to close later this summer or early fall. Gormally acquired ABC 40 in the fall of 2007 and soon began a series of significant investments in new facilities and equipment. Shortly thereafter, he launched Fox 6 Springfield, bringing a fourth TV station to the market. The sale is a reflection of a trend toward ongoing consolidation within the media industry, particularly in television. Meredith currently operates 14 local broadcast stations, including WFSB Channel 3 in Hartford and its low-power sister station, WSHM, in Springfield. Other Meredith stations are located in Georgia, Oregon, Missouri, South Carolina, North Carolina, Michigan, Arizona, Tennessee, and Nevada. Under Gormally’s ownership, ABC 40 earned numerous awards for news excellence, including News Station of the Year honors from the Associated Press in 2013 and 2014, competing against all Springfield and Providence, R.I. stations. WGGB continues to be the only commercial TV station broadcasting news in HD.
Tags:

Monson Savings Bank to Hold Second Narcan Training on May 15