Today’s High-tech Gear Benefits a Generation on the Go

Societal trends point to a generation of professionals who are increasingly doing business away from traditional offices, and the tools they use  not just for work, but leisure time, too  reflect the need to stay connected with colleagues, clients, and friends when on the road. From lightweight notebook computers to cameras that upload quickly to the Internet; from GPS navigators to smartphones and MP3 players, theres something for everyone  and, in many cases, at more affordable prices than ever.

Technology moves fast. Which is good, because todays business professional is on the move, too.

So its not surprising that a look at this years top-rated high-tech offerings is also a crash course in how to work  and play  while on the go. From laptop computers to GPS systems; flash drives to iPods and e-readers, Americans are increasingly bringing their work and leisure activities with them wherever they go  and those devices are constantly improving in terms of power, storage capabilities, and (importantly) price.

Take, for example, the Toshiba Mini NB205, one of PC magazines most highly touted netbook computers for 2009. At just $400, it weighs a little under three pounds  average by laptop standards, but still pretty lightweight  and boasts a roster of features including three USB ports, a webcam, fast 1.67GHz processor, 1GB of memory upgradable to 2GB, and battery life that ranks among the longest available.

Yes, its 10-inch screen is smaller than the 12-inch screen of some pricier notebooks, but it compensates with a full-size keyboard, large mouse buttons, and spacious touchpad. The NB205 also meets established standards of energy conservation and recyclability, another plus in todaqys green business world.

For those with a slightly higher budget, but still in the affordable range, PC magazine gives high marks to the Acer Aspire 3935 ($900), which boasts a sleek, metallic cover, 1-inch-thick chassis, and 4.3-pound weight, all while supporting a 13.3-inch screen and good-sized, comfortable keyboard buttons. The system could be even thinner if not for one of its most desirable features, its built-in, dual-layer DVD burner. Its other features  the webcam, a 5-in-1 card reader, and a 250GB hard drive  are standard on ultraportables. With a 2GHz processor speed and decent batter life, the 3935 also meets standards of energy efficiency and recyclability.

On the go means more than carrying around notebooks, however; it also means actually driving between destinations, and professionals are increasingly relying on global positioning systems (GPS) to get them where they want to go.

According to cargpsreviews.net, the Garmin Nuvi 780 GPS navigator ($599) goes above and beyond whats usually expected from a GPS, offering an easy-to-use interface, a Qwerty keyboard, and a wide array of features including spoken directions in real street names, integrated traffic receivers, an MP3 player and photo viewer, and an FM transmitter that will play voice prompts, MP3s, and audio books directly through the vehicles stereo system. In addition, its bright, 4.3-inch, widescreen display is readable even in harsh daylight from any angle, thanks to the integrated white backlight.

For less money, PC World gives high marks to the TomTom XL 340 ($299), whose 4.3-inch screen is larger than that of its predecessor, the TomTom ONE 140, and also features the companys new IQ Routes technology, which is based on real-life user data rather than the traditional maximum speed method. It considers all possible routes and then selects the one that takes the least time, with the technology often trying to avoid main roads. The unit also boasts advanced lane guidance, by which an icon in the corner of the map screen highlights which lane the vehicle should be in, depending on the destination.

What better device to take on any journey  business or pleasure  than a camera? Digital cameras are being used increasingly for both work and play, as the rise of blogging, social media, and other Internet 2.0 applications has individuals and businesses uploading images online like never before. Fortunately, the top-rated models for 2009 come in a variety of price points, with a wide range of features, making it easy to find a camera to match ones photographic needs.

PC World gives very high marks to the Nikon D3000 ($600), which is an evolution from its popular D40x, increasing its megapixel count from 6 to 10, and boasting a wider range of ISO settings, a larger LCD screen, an 11-point autofocus system, and a 3-frames-per-second burst mode. The redesigned menu makes it easy to maneuver through the menu options and to understand settings. The camera also features an array of scene modes and in-camera editing features, including scene recognition, Active D-Lighting, face detection, and a retouch menu.

For those on a budget, PC World recommends the Canon PowerShot SX200 IS point-and-shoot camera ($350), with a 12X optical-zoom lens. The camera represents a growing trend among point-and-shoot digital cameras: high-zoom models that are just a bit bigger than typical compact cameras but still stowable in a bag, purse, or large pocket. The body is still big enough to accommodate a 3-inch LCD screen on the back, and the display is sufficiently bright for composing shots in sunlight.

For many people, cameras are sheer leisure tools, and the same can be said for e-readers and MP3 players. In the former category, the Barnes & Noble Nook is making serious strides on the popular Amazon Kindle e-reader. The Nook ($259) competes with design and usability features such as e-book loaning, dual displays, and touchscreen navigation.

According to SlashGear, while the Nook is comparable in size and display to the Kindle, it employs a 3.5-inch color-capacitive touchscreen instead of the Kindles Qwerty keyboard, allowing for faster navigation. The reading experience is similar to other e-readers on the market; text is crisp and sharp-edged, with two to three font styles and different sizes supported, and since theres no backlighting its an easier read than attempting to do the same with an LCD screen.

As far as MP3 players go, the iPod Touch, now on its third generation at 8GB ($199), 32GB ($299), or a whopping 64GB ($399), is still the product of choice, according to PC magazine. Theres no built-in video camera, as had been rumored, keeping the focus on music and portable gaming. With 480 x 320 resolution, the display is the best in the business, and Apple claims that the 32GB and 64GB versions are 50% faster than the previous generation.

Also, the higher-capacity Touch models support games and apps with better graphics. The existing Genius feature in iTunes lets users develop a playlist around a single song and suggest music they might like based on what they already listen to. Genius can also create custom playlists and organize music into mixes based on genre. Apple rates the battery life for the iPod Touch at 30 hours for audio playback and 6 hours for video.

For staying in touch with work, friends, and family, smartphones continue to impress, adding new features each year. The Apple iPhone 3GS ($299) improves upon the original third-generation model by adding common cell-phone features like multimedia messaging, video recording, and voice dialing, according to a review on cnet.com. It also runs faster, its promised battery life is longer, and the multimedia quality continues to shine, although call quality and signal reception remain uneven.

Stuff magazine has some positive things to say about the BlackBerry Bold 9700 ($200), including praise for its compact design, user-friendly push E-mail service, tactile Qwerty keyboard, vivid display, and much-improved multimedia performance over previous models. The camera still has issues, the magazine notes  3.2 megapixels is substandard by todays smartphone standards  but its an improvement over the previous 2MP model and delivers average-quality photos for uploading to Facebook and Twitter directly from the camera interface.

Speaking of staying in touch, internet access is crucial on the road, and the Verizon Wireless USB760 allows anyone to stay connected, whether on a weekend getaway or on a business trip. The device provides high-speed Internet access on a laptop computer; just plug in and get online. The modem ($99.99) comes with a built-in, high-performance internal antenna to ensure the ability to log on whenever and wherever needed.

With business professionals zipping back and forth between homes, offices, and vehicles, flash drives have become an essential tool, carrying data and multi-media files in a small  sometimes very small  package. Take, for example, the Tuff-N-Tiny family of portable USB drives ($30 to $40), toting 4GB or 8GB of data while measuring 1 inch long, a half-inch wide, and the thickness of a penny.

Eventually, however, most people find themselves working at a desk in an actual office  and perhaps eating quickly while working. Are you one of countless people who have spilled coffee or soda on a computer keyboard, or been frustrated at the difficulty of cleaning food crumbs from the cracks? Check out the Unotron Washable Keyboard and Mouse ($45.99), which are completely submergible and washable, which not only allows users to eat and drink safely at their desks, but also contribute to a reduction in germs and bacteria, a real plus with flu still a threat in homes and offices. If a spill occurs  or the equipment just gets a little dirty  just run it under the faucet, and its clean without incurring any water damage.

And considering how much time youre spending there, get that car washed, too. You know how New England winters are. 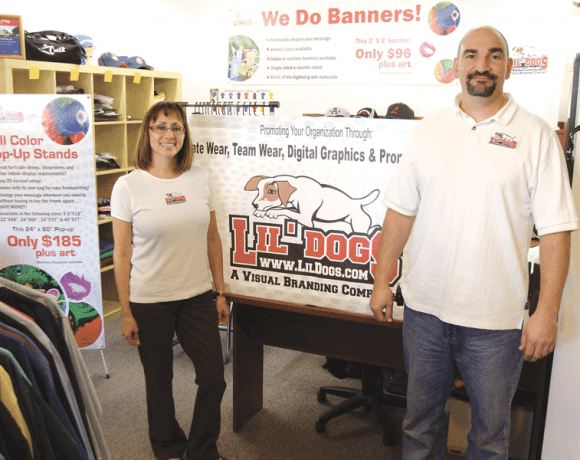 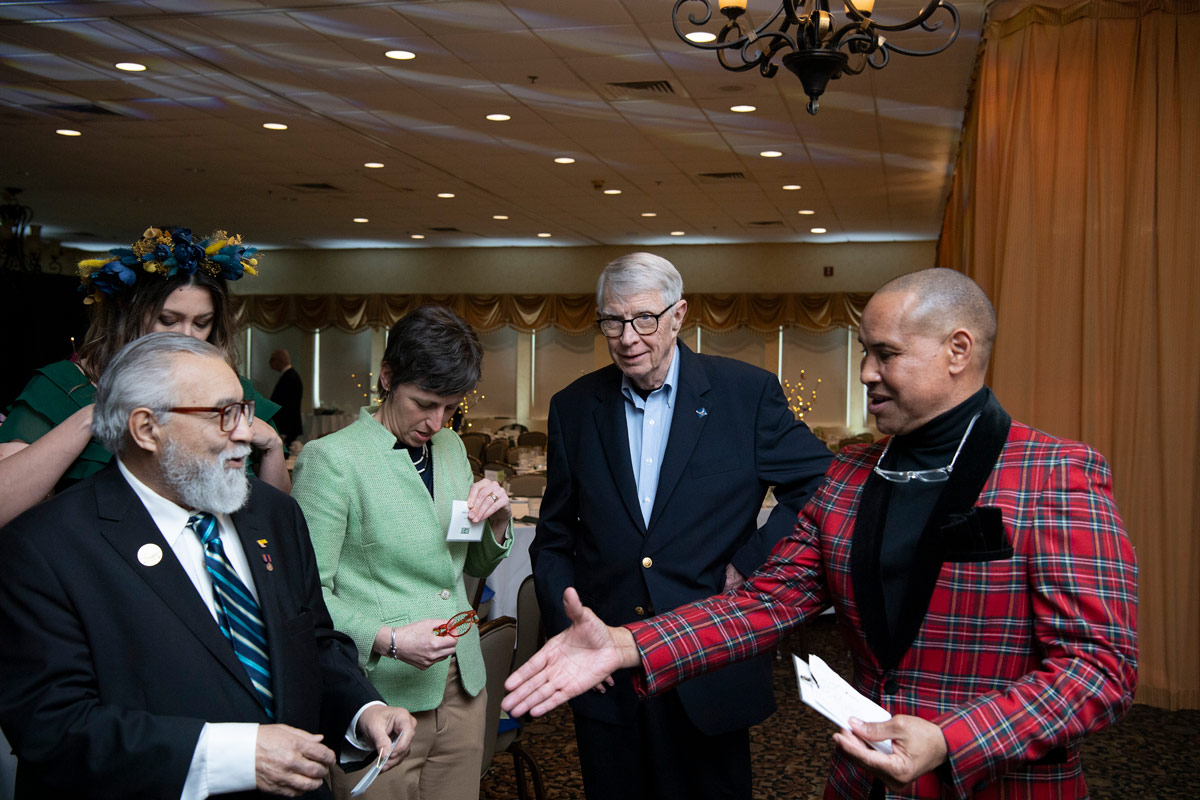