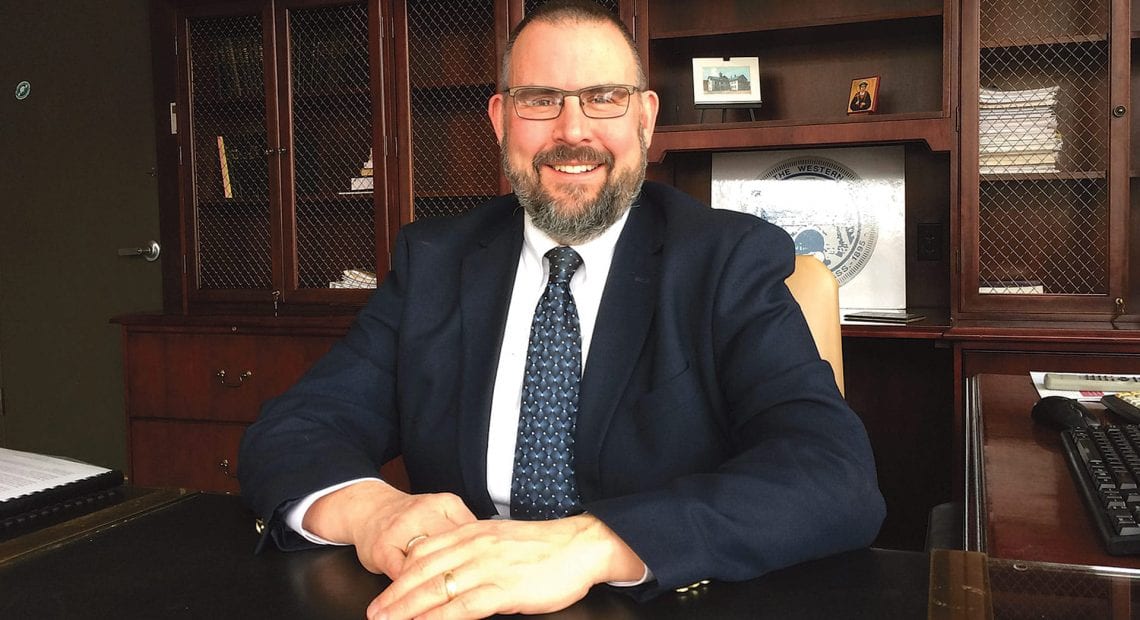 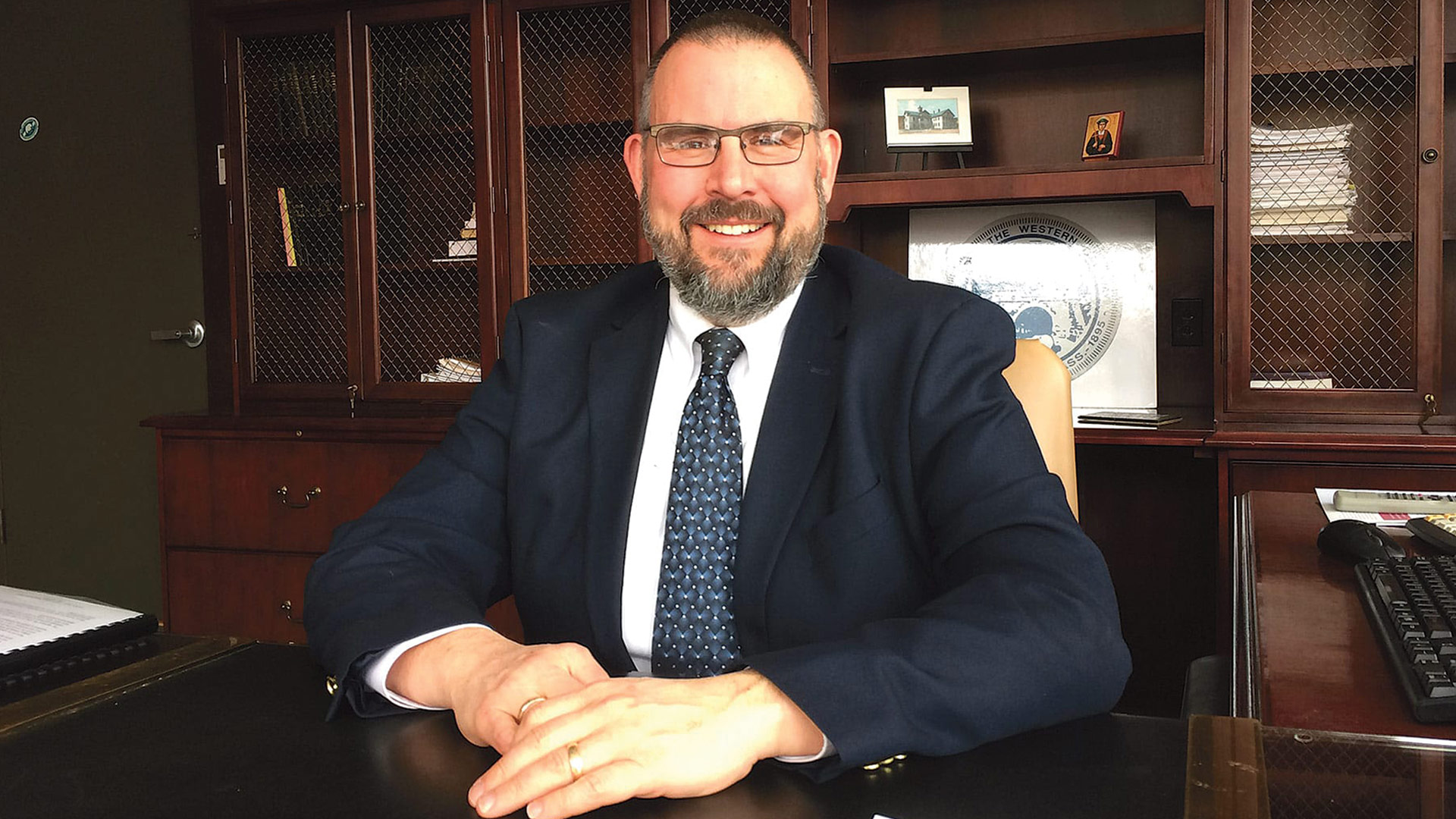 Tom Bernard says myriad entities in North Adams, from restaurants to municipal offices to MCLA, have had to do business differently this year.

The last time BusinessWest spoke with Mayor Thomas Bernard for the Community Spotlight, about a year ago, he was talking up the city’s Vision 2030 plan, which was hatched in 2011 and is revisited regularly.

But 2020 has been about reacting as much as planning — though Bernard says communities need to do both, even during a pandemic.

“I look at my wonderfully organized and beautifully color-coded and phased planning documents from January and February, and I think about our February staff meeting where we discussed this COVID thing — ‘what could this mean for us?’” he recalled. “It’s been such a difficult year, but I can still point to some really great signs of progress.”

That said, it’s been a tough year for many businesses, too.

“Everyone has been struggling,” the mayor said. “Our restaurants did a terrific job early on in making the pivot to curbside and delivery, and they did fairly well when the weather was nice, and then a lot of them got really creative in how to expand their outdoor dining. The city and the licensing board tried to be as friendly and accommodating and make it as easy as possible for people,” Bernard noted, adding, of course, that winter will pose new hardships.

For example, “as part of our property-disposition strategy, we did an auction of city properties, and we did it down at the municipal ballfield. There was plenty of space in the bleachers and stands for bidders, and the auctioneer was out on the field, taking bids. We brought people back to City Hall, one at a time, to do the paperwork. We went nine for 10 on properties we put up for auction.”

Another success story took place at Massachusetts College of Liberal Arts (MCLA) — simply because it made it through a semester of on-campus learning with no major COVID-19 outbreaks.

“We heard loud and clear that the campus experience is important,” said Gina Puc, vice president for Strategic Initiatives, noting, of course, that it’s a somewhat different experience than usual, with students alternating between the classroom and online learning in their residence halls, while only 550 of the 1,225 enrolled students this fall were on campus, all in single rooms.

“And it worked — our positivity rate was 10 times lower than the state’s,” she said. “We made it through the entire semester without having to alter our plans. The students were the main reason we were able to stay the course. We had incredible adherence to all the social-distancing and health and safety guidelines in place.”

The testing program was so successful, in fact, that MCLA was able to donate 130 leftover COVID tests to the city’s public schools, to perform asymptomatic testing on teachers and staff.

“They did such a great job with their testing program,” Bernard added. “Their positivity stayed low, contact tracing was good, and it helped that they were out before the holidays, so Thanksgiving didn’t play into it.”

Enrollment was down about 20%, but mostly among first-year students, reflecting a nationwide trend. “The 2020 high-school graduates didn’t even get their own graduation ceremonies, and it certainly disrupted their college plans,” Puc said.

But she’s confident the college will build off its unusual, but encouraging, fall semester and continue to attract students to North Adams. “We have an incredible combination of beauty and the kinds of cultural amenities usually found in urban areas,” she said.

Students studying the arts have plenty of local institutions at which to intern, but the college’s STEM center and the addition of a radiologic technology program in the health sciences reflect the regional growth of careers in those fields, as reflected by big players like General Dynamics, the Berkshire Innovation Center, and Berkshire Health Systems, and a host of smaller companies.

Tourism is a critical industry in North Adams as well, and visitor numbers were certainly down in 2020 overall, Bernard said, although MASS MoCA had a successful reopening and continues to do well. “The big advantage they have is space — you can be there in a socially distanced way. But, still, fewer people have come through this year.”

The exception is outdoor recreation, which has thrived across the Berkshires this year.

“As much as we’ve done incredible work because of our location, because of MASS MoCA and Williamstown Theatre Festival and Williams College and Barrington Stage and Berkshire Theatre and all these tremendous cultural resources, we don’t always appreciate how gorgeous it is out here,” Bernard said. “But, for a lot of people, that’s a huge draw.”

While the number of people visiting for foliage season may have been down from past years, he said he drove around the iconic Route 2 hairpin turn on a number of occasions, and always saw people stopping to take photos.

“Again, what a great, socially distanced way to appreciate the nature of the Berkshires in a year when you can’t engage in the area as fully as you might otherwise,” he said. “You can still get in the car, a motorcycle, or take a bike ride, and see it all. We know there’s demand for that.”

He belives tourism in and around North Adams should rebound fine post-pandemic — if only because people’s dollars go further here, because of the mix of reasonably priced attractions and no-cost nature.

As part of the Mohawk Trail Woodlands Partnership, the city recently landed some funding for a comprehensive mapping and marketing effort of its trail systems. “It’s for people who want to visit, maybe go to a museum, have a good meal, stay a few days as tourists, but then they want to get out on the trails.” 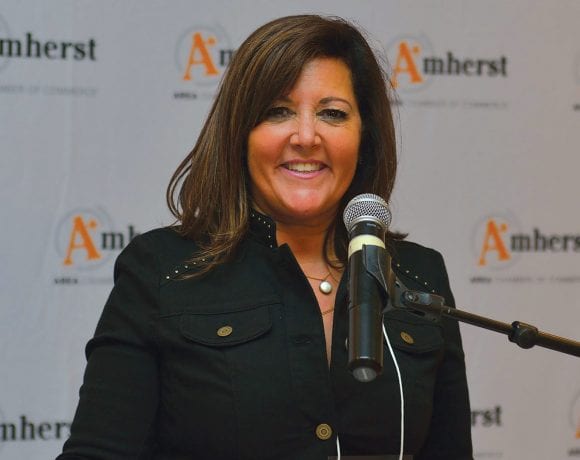