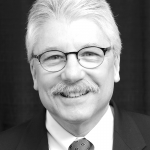 Greenfield Community College (GCC) President Robert Pura announced he will retire in June 2018 after 17½ years of service to the college and community. During his opening-day remarks to GCC’s faculty and staff on Aug. 31, Pura reflected on many things that the college community has achieved since he arrived in 2000, including:

• Creating the Testing Center, Wellness Center, Advising Center, Vet Center, and the Department Studios, as well as work with the courts and the jail, creation of the GCC Food Pantry, and development of the Senior Symposia;

• Experiencing extensive building renovations to the north and south wings, a new roof and weatherization of the East Building, and creation of the Greenhouse, the Outdoor Learning Lab, and the new Core building; and

• With the GCC Foundation, raising a total of $14 million, awarding 139 scholarships last spring, building the endowment to $5 million, among other accomplishments.

In addition to 39 years of experience as a teacher and administrator in the Massachusetts community-college system, the past 17 as president of Greenfield Community College, Pura is also a graduate of a community college. As the first in his family to attend college and the child of an immigrant, he said he understands what a community-college education can mean to students. “Opening the doors to higher education to all who aspire to a better life for themselves and their families while at the same time maintaining high academic standards is the noblest mission in higher education.” The GCC board will assemble a search committee, with the goal of choosing a new president within a year. 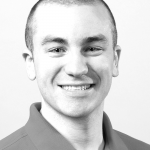 OMG Roofing Products has promoted Chris Mader to the position of technical services manager. In his new role, Mader will manage the day-to-day activities of the Technical Services department, which oversees building-code and approval issues, product-application issues, as well as technical customer-support activities. In addition, he will manage the technical-support team of Andy Cleveland and Stephen Childs. He reports to Josh Kelly, vice president and general manager. Mader started with OMG Roofing Products in 2011 as a codes and approvals support engineer. Since then, he has worked extensively with OMG’s private-label customers and code and approval officials both in North America and abroad, helping with product evaluation, developing technical product specifications, and maintaining code approvals and keeping abreast of technical changes and advancements in the commercial roofing industry. Prior to joining OMG, he was a manufacturing engineer with Hamilton Sundstrand. Mader is a member of the National Roofing Contractors Assoc., the Single-Ply Roofing Industry, and the Roof Consultants Institute. He holds a bachelor’s degree in mechanical engineering from UMass Dartmouth and a master’s degree in engineering management from Western New England University. 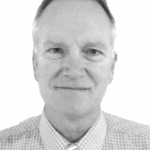 Ralph Thresher has joined Webber & Grinnell Insurance as a loss-control consultant. He has more than 30 years of experience as a loss-control specialist. Through his expertise, Thresher has helped companies reduce their losses through policy and regulation implementation. In his most recent position with L.E. Mahoney/Wheeler & Taylor Inc., he worked with clients’ management teams to create a safer work environment through the evaluation of their existing safety policies and procedures, performing safety surveys of their work sites, and making recommendations to reduce accidents and improve regulatory compliance. 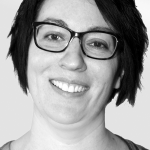 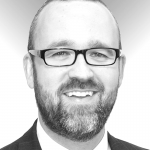 Michael Tucker, president and CEO of Greenfield Co-operative Bank, announced the promotions of Jessica Laporte to administrative officer and Anthony Worden to senior vice president, commercial loans. Laporte has been with the bank since 2013, and in her new role, she is primarily responsible for directing Bank Secrecy Act and fraud-monitoring efforts. She has more than 16 years of banking experience and is currently completing her bachelor’s degree from Southern New Hampshire University. She is based in the bank’s King Street, Northampton office. Worden has been with Greenfield Co-operative Bank since 2009. He will be primarily responsible for the management of the bank’s commercial-lending efforts. He has more than 18 years of commercial-lending and credit-analysis experience. He received his bachelor’s and MBA degrees from UMass Amherst and is a graduate of the Banking School at the Wharton School of Business.

The Employers Assoc. of the NorthEast (EANE) announced that Christopher Matteson has joined the EANE team as grant developer. He will work with EANE members to train and develop their workforces using funding secured from targeted grant sources. He brings more than 10 years of experience — primarily in the areas of manufacturing, healthcare, and social services — to his role at EANE. Matteson will spearhead the October initiative to generate awareness for Massachusetts-based companies in workforce-training opportunities, and will outline strategies and trends for significant funding resources. Two lunch programs will be held: one in EANE’s Auburn office on Tuesday, Oct. 3, and the other in Agawam on Friday, Oct. 6. Both programs run from noon to 1:30 p.m., and businesses and organizations can register at no charge by contacting Matteson at [email protected] EANE has facilitated numerous grants — close to $2 million in total, with several grants ranging from $200,000 to $250,000 — for members to increase job retention, growth, and wages; to foster more productive and competitive companies; and to increase commitments to private investment in training. Matteson spent more than eight years with the 500-member advocacy group the Rhode Island Manufacturers Assoc. and its nonprofit arm, the Rhode Island Manufacturing Institute, most recently as vice president and chief operating officer. In that position, he maintained member services, developed strong relationships with manufacturers, and created training programs in partnership with universities, community colleges, and local training providers. He developed several manufacturing apprenticeship programs which led to dozens of new hires for manufacturers, and spearheaded a program for Rhode Island called “Dream It, DO IT,” which is a national initiative charged with increasing the positive awareness of manufacturing as a career choice. Matteson also spent several years in social-service positions and mental-health community-action programs dealing with sex offenders, fire setters, and substance abusers, where he implemented behavior-modification and managed-treatment programs. Matteson has a bachelor’s degree in criminal justice and sociology from Rhode Island College and will complete his project management professional (PMP) certification in October at Bryant University. He has served on the advisory boards of Davies Career and Technical School, North Kingston High School, and East Providence Career and Technical School. He is a member of the National Assoc. of Workforce Development Professionals. He also serves on the board of directors for St. Mary’s Home for Children, a nonprofit agency offering comprehensive treatment programs for boys and girls traumatized by abuse or experiencing the challenges of psychiatric disorders.

Tighe & Bond, an engineering and environmental consulting firm, announced the recent addition of three senior environmental professionals to its team:

• Christopher Koelle is a Connecticut licensed environmental professional (LEP) and project manager with 19 years of experience providing environmental-consulting services for a wide range of large and smaller-scale multi-disciplinary projects. This includes environmental assessment, hazardous building material (HBM) surveys, site development and redevelopment of brownfields, remediation, HBM abatement, and facility demolition. Koelle’s projects have involved assessment and remediation of PCBs, petroleum, solvents, and metals at both federally and state-regulated sites. He is known for developing innovative approaches to site assessment and remediation that have yielded significant savings at a multitude of sites across Connecticut. Koelle earned his bachelor’s degree in environmental science from Lehigh University, and his master’s in environmental science from the University of New Haven. He works out of the firm’s Middletown office, Conn. office;

• Shawn Rising is a Massachusetts licensed site professional (LSP) and project manager with more than 19 years of experience providing environmental-consulting services for a wide range of diverse projects throughout New England. He provides site assessment, remediation, due-diligence services, and environmental permitting. In addition, he has designed and implemented a variety of remedial programs for the treatment of oil and hazardous materials impacts to soil and groundwater under various regulatory programs. Rising has managed numerous waste site cleanup projects throughout the Northeast, with a focus on petroleum site assessment and remediation. In addition, he has substantial experience with facility compliance in the petroleum industry. Rising also has managed several large-scale due-diligence projects, supporting the acquisition of up to 300 properties under single-portfolio transaction. Currently he is providing LSP services for the closure of the former Mt. Tom power plant in Holyoke. Rising earned his bachelor’s degree in biology, with a minor in chemistry, from Westfield State University. He works primarily out of the firm’s Westfield office, routinely providing support to many other Tighe & Bond offices; and

• Daniel Williams is a senior environmental-compliance specialist with more than 27 years of experience in industrial health and safety, as well as regulatory compliance. His expertise includes development and support for process-safety management; risk-management programs; environmental, health, and safety (EHS) programs; and various OSHA, EPA, and state environmental-compliance standards. Williams has developed, coordinated, and managed EHS policies, programs, training, and reporting processes for numerous industrial facilities throughout New England. During this time, he has overseen numerous safety improvements and implemented successful accident- and cost-reduction strategies. He brings a wealth of safety and compliance experience to the firm gained from past positions at industrial facilities in Massachusetts. Williams holds a bachelor’s degree in EHS program management from UMass Amherst. He works out of the firm’s Westfield office. 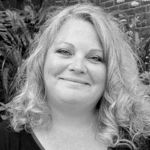 BFAIR (Berkshire Family & Individual Resources) announced the appointment of Michelle Baity as director of Human Resources. A key member of the senior leadership team at BFAIR, Michelle brings significant experience and knowledge to the organization. Prior to joining BFAIR, Baity’s human-resource experience includes the past 16 years at Berkshire County ARC, most recently serving as assistant director of Human Resources. During her tenure at Berkshire County ARC, she worked in all capacities within the human-resource field, gaining new responsibilities and skills throughout the years. Prior to her work in human resources, her career was dedicated to the field of human services. Baity holds a bachelor’s degree in business administration from Massachusetts College of Liberal Arts. She is a 2004 graduate of the Berkshire Leadership Program. She volunteers for the Berkshire Place as a member of its personnel committee, is the past president of the Reid Middle School PTO, and worked on the city of Pittsfield’s Winter Carnival.

• Joining Elms as a lecturer in Biology is Dr. Andrew Rucks. Most recently, Rucks has been a faculty member at American International College in Springfield and a consultant with Westat in Rockville, Md. He previously held faculty positions at Holyoke Community College, Massachusetts College of Pharmacy and Health Sciences in Boston, and Western New England College;

• Brittney Carlson and Kathleen Murphy have been hired as assistant professors of Communication Sciences and Disorders. Carlson, who had been an adjunct professor at Elms since January, most recently served as a staff audiologist for VA Connecticut Healthcare System. Since 2004, Murphy has worked in a number of roles for Futures Education, Futures Healthcore in Springfield. She has also served as a speech language pathologist at Stepping Stones Birth to Three Center in Hartford, Conn.; Cooley Dickinson Hospital in Northampton; and Holyoke Public Schools;

• Joining Elms as associate professor of Education is Natalie Dunning, and as lecturer of Education is Shannon Dillard. Dunning had been assistant superintendent for teaching and learning for Freetown-Lakeville Regional Schools in Lakeville since 2013. Prior to that, she was chief academic officer for Springfield Public Schools and K-12 supervisor of science for Providence (R.I.) Public Schools. Dillard has been adjunct faculty in curriculum development at Bay Path University since 2010. Prior to that, she was a clinical faculty member and lecturer at UMass Amherst;

• William Gilbert has joined the college as assistant professor of Social Work. He has more than 25 years of experience in social work as a clinician, administrator, supervisor, and educator. He has taught at Eastern Connecticut State University in Willimantic; the University of Saint Joseph in West Hartford, Conn.; the University of Connecticut in West Hartford; and Elms College. His social-services experience includes positions at agencies such as Catholic Charities in Norwich, Conn.; Family Support Services; Community Prevention and Addiction Services Inc. in Willimantic, Conn.; and the Village for Families and Children Inc. in Hartford, Conn.