The Women’s Fund of Western Massachusetts named experienced fund-raiser Monica Bogatti the foundation’s new Director of Philanthropy. Borgatti comes to the Women’s Fund with a strong fund-raising background, including experience creating and coordinating strategic fund-raising plans, special-event planning, and planned-giving campaigns. In addition, she has been a long-time volunteer for the Women’s Fund, serving on several of the organization’s committees, including the grant-making committee, which has awarded more than $3 million since 1997. “We are thrilled to welcome Monica to the organization,” said Elizabeth Barajas-Román, CEO of the Women’s Fund. “Her dedication to the fund’s mission is evident in her over eight years of volunteer service. Monica has outstanding fund-raising and partnership skills, familiarity with our donors, and a passion for our work. I’m confident all this will allow her to hit the ground running.” Prior to arriving at the Women’s Fund, Borgatti served as the Major and Planned Giving officer for WGBY. A native of Western Mass., she is the immediate past president of Women in Philanthropy of Western Massachusetts and currently serves as an at-large board member. She also volunteers as a team coach for Leadership Pioneer Valley. She is an alumna of Bay Path University, where she earned a bachelor’s degree and a master’s degree in nonprofit management and philanthropy. In 2011, she was named a 40 Under Forty honoree by BusinessWest. “It is with great excitement that I join the Women’s Fund team,” Borgatti said. “I look forward to connecting more people to this dynamic organization while helping to expand our impact and influence.”

• Amber Dieffenwierth is the agency’s new Personal Lines Manager. Her responsibilities will include growing the agency’s client base for personal auto, homeowners, and related insurance lines. She has more than 15 years of experience in the personal insurance market and holds the AIC (associate in claims) designation as well as a Massachusetts broker’s license; and

• Sarah Whiteley Whiteley joins the agency as an Account Manger. She is a graduate of Elms College, where she earned her bachelor’s degree in business management. She previously worked in benefits administration for a regional payroll company.

Robert Fazzi, founder and managing partner of Fazzi Associates, announced that Tim Ashe has been promoted to chief operating officer and is now responsible for the firm’s day-to-day leadership. Ashe joined Fazzi in 2006 and became a partner in 2007. Since that time, he has led the firm’s Operational Consulting Division to provide organizational, operational, turnaround, and change-management services to home-care and hospice agencies across the country. Under his leadership, Fazzi has helped hundreds of agencies improve outcomes and profitability through best practices in organizational structure, clinical and operational processes, and new models for staffing, supervision, and care management. More recently, he also assumed responsibility for the company’s Outsourced Billing, Finance, and Information Technology divisions. Along-time leader in the field of home care and hospice, Ashe’s expertise and career has included a unique blend of clinical, operational, fiscal, and academic roles. He is a frequent presenter at national and state conferences and is often asked to contribute to industry forums. He is also the co-director of the 2016-17 National Home Care and Hospice State of the Industry Study. Dr. Robert Fazzi, the firm’s founder, will continue as Fazzi’s managing partner. But in transferring the leadership of the firm’s daily operations to Ashe, Fazzi will devote more time to the company’s future investments as well as to national and international community-based-care issues that are near and dear to his heart. “I want to say, at this milestone in Fazzi’s history, that I am extremely proud of what we have accomplished and contributed to our industry thus far, and I’m also incredibly excited about what the future holds,” Fazzi said. “Tim is an incredible leader. I am looking forward to working closely with him as we expand our national and international efforts.” 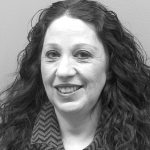 • The agency announced the addition of Jennifer Fernandes as the new case coach for Thrive Financial Success Centers in Westfield and Holyoke. Fernandes will coordinate the UPWV’s Thrive program, which serves to strengthen the financial capacity of community college students and residents. Through community collaborative efforts, Thrive promotes and supports activities related to financial literacy, including access to a one-stop financial resource center, workforce development services, and public benefit screening and enrollment. Fernandes has a B.A. in Psychology from UMass Amherst and a M.A. in Clinical Mental Health Counseling from Lesley College. She has been working with the Adult Basic Education program in Holyoke, and has been involved in financial literacy, academic and career counseling; 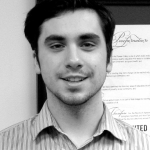 • Chris Woods is the new part-time volunteer coordinator. Woods earned his B.S. in Marketing from Bentley University. Following graduation, he became an Americorps National Civilian Community Corps (NCCC) member for a year and traveled across the country working on volunteer projects. For the past year, he has been a math tutor with Springfield Math Fellows, and he continues as an assistant swim team coach with the West Springfield Torpedoes. Woods will be coordinating volunteer activities for United Way Youth Generate, Stuff the Bus, and Day of Caring programs, among other projects; and 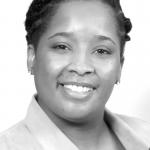 • LaTonia Naylor has been promoted of from community impact manager to senior manager of Community Investments. She will oversee grants management for the education, basic needs, small grants and emergency food and shelter programs. She’ll also provide technical assistance to United Way grantees and community partners and become the UWPV community liaison for education initiatives.

• Julia Curletti has joined BCC as staff assistant to the dean of enrollment management and student success. She previously worked at Brigham & Women’s Hospital in Boston as a program coordinator. She garnered a bachelor’s degree from UMass Amherst and attended New England Law;

• Alyssa Felver has been named assistant professor of practical nursing. A registered nurse in Massachusetts and New Hampshire, she previously worked at Berkshire Medical Center. Prior to that, she was a critical care registered nurse at Dartmouth Hitchcock Medical Center. She holds a bachelor’s degree in nursing from the University of South Florida and a bachelor’s in biology from Southeastern University in Lakeland, Fla.;

• Lori Moon has joined BCC’s faculty as an assistant professor of practical nursing. Prior to joining BCC, she was a case manager and education specialist at Berkshire Medical Center. She previously worked at HospiceCare in the Berkshires for approximately 20 years. She earned an associate’s degree from Springfield Tech Community College, an associate’s degree in nursing from BCC and a bachelor’s degree from UMass Amherst;

• Lawrence Stalvey has been promoted to academic counselor with BCC’s TRIO (Talents, Resources, Initiative, Opportunity) Program, a federally funded program designed to identify and provide services for individuals from disadvantaged backgrounds. He previously was a learning specialist with TRIO. He holds an associate’s degree from BCC and a bachelor’s degree from Williams College;

• Charles Stephens has joined BCC as the coordinator of career planning and placement. He is responsible for providing counsel to students regarding career options. He previously held numerous positions at Philadelphia University, Saint Louis University, and Michigan State University. He most recently worked as area coordinator for residence education at Philadelphia University. A graduate of Michigan State University, he holds a bachelor’s degree in finance and a master’s degree in student affairs administration; and

• Peggy Williams has been promoted to academic coordinator with BCC’s TRIO Program. She previously worked for more than a decade as an academic counselor and learning specialist with TRIO. She has a breadth of experience working in administrative/management roles at human services organizations in Berkshire County. She earned a bachelor’s degree from Boston College and a master’s degree from the University at Albany’s Rockefeller College of Public Affairs & Policy in Albany, N.Y.

Dr. Robert Roose has been named vice president of Mercy Behavioral Health Care. In this role, Roose oversees Providence Behavioral Health Hospital (PBHH) and leads the behavioral-health service lines, which include psychiatric and addiction and recovery services. He also represents behavioral health services as a member of the senior leadership team. Since his arrival at PBHH in 2013, Roose has spearheaded the expansion and renovation of opioid-treatment programs, secured the addition of an office-based practice utilizing all medication-assisted treatments, developed new partnerships with community providers, and gained DPH backing to open a new clinical stabilization service at Providence. He most recently served as chief medical officer and vice president of Addiction and Recovery Services at PBHH. In addition to his responsibilities at Providence, Roose is currently on the Quality Improvement Council of the American Society of Addiction Medicine, the Substance Use Disorder Prevention and Treatment Task Force of the Massachusetts Hospital Assoc., the Hampden County Addiction Task Force, and Gov. Charlie Baker’s Opioid Addiction Working Group. He has presented and published on various aspects of addiction treatment, focusing primarily on patients receiving medication-assisted treatment for opioid-use disorder. His work integrating hepatitis C treatment and a peer program into an opioid-treatment program is also featured in an award-winning documentary, The Fix: The Healing Is Mutual. Roose earned his doctor of medicine and master in public health degrees at George Washington University School of Medicine and Health Sciences in Washington D.C. and completed his residency training at Montefiore Medical Center/Albert Einstein College of Medicine in the Bronx, N.Y.