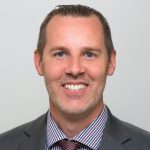 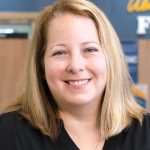 Florence Bank hired Kyle Toelken as assistant vice president and branch manager of the Belchertown branch and promoted longtime employee Jean Monska to branch manager of the Easthampton branch. Toelken was hired in May and has 12 years of banking experience. Committed to community involvement, he has volunteered with Junior Achievement of Western Massachusetts, helping present lesson plans to school-aged children. He holds a bachelor’s degree in business management from Franklin Pierce University. Monska has worked for Florence Bank since 2002. Before the promotion to branch manager, she served as assistant branch manager in the Hadley location for 14 years. In March 2020, she was promoted to senior assistant branch manager before transferring to the Easthampton branch in the same role. She holds an associate degree in business administration from Holyoke Community College and a bachelor’s degree in business administration from Southern New Hampshire University. She is also a graduate of the New England School of Financial Studies. In 2005, Monska was named to the Florence Bank President’s Club. The honor recognizes superior performance, customer service, and overall contribution to Florence Bank.

Bay Path University announced the promotion of Michael Giampietro to senior vice president for Finance and Administrative Services. Giampietro joined Bay Path in 2006 as vice president for Finance and Administrative Services following a 16-year career at Holyoke Community College. A member of the university’s executive staff since arriving at Bay Path, he oversees significant areas of the university, including budget development, human resources, student financial services, facilities and capital planning, the bursar’s and controller’s offices, campus public safety, procurement, auxiliary services, and enterprise risk management. He also serves as staff liaison to a number of Bay Path board of trustees committees and has participated on New England Commission on Higher Education teams evaluating other accredited institutions. Currently, Giampietro serves on the finance committee at Baystate Health, and previously sat on the town of Longmeadow audit and capital planning committees, as well as the finance committee for St. Mary’s Parish in Longmeadow. He holds a bachelor’s degree in history and a master’s degree in public administration from UMass Amherst, and also attended the Institute for Educational Management at Harvard. 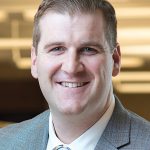 Whittlesey announced the promotion of Thomas Dowling, CPA to partner. He is the newest member to join the growing leadership team. Dowling joined Whittlesey in 2017 and has more than 15 years of public accounting experience with a concentration in assurance, advisory, and tax services for nonprofit organizations and closely held businesses. He has expertise in advising clients on internal controls, fraud risk assessments, and strategic planning, and actively participates in the nonprofit and manufacturing niches. Outside of work, he is a committee member for the Make-A-Wish Massachusetts and Rhode Island Swish Night. Dowling earned a bachelor’s degree in accountancy and a master’s degree in taxation from Bentley University. He is an active member of the American Institute of Certified Public Accountants and the Massachusetts Society of Certified Public Accountants, as well as the Association of Certified Fraud Examiners.

Julie Copoulos, executive director of the Greater Chicopee Chamber of Commerce, announced that she will step down from the organization on Aug. 19. “Since 2019, I have been supported and challenged by an adaptable and sharp board of directors, cohesive membership, and motivated municipal partners,” Copoulos said. “Together we have served the Chicopee business community in a meaningful and measurable way. I am humbled to have been in your service.” The Greater Chicopee Chamber is actively seeking an executive director who is committed to Chicopee business and community and has a strong background in business, advocacy, and leadership, she noted. To chamber members, she added, “thank you for remaining the heartbeat of our community.” 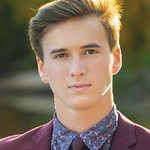 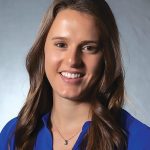 MOSSO (the Musicians of the Springfield Symphony Orchestra) has named Maestro Kevin Rhodes, former music director of the Springfield Symphony Orchestra (SSO), the ensemble’s artistic advisor. Rhodes’ contract was not renewed by the SSO in 2021, ending his tenure as music director at 20 years. Rhodes was recently appointed chief conductor of the Slovak National Opera and Ballet in Bratislava, the capital city of Slovakia, giving him an artistic leadership role in a European city noted for its cultural diversity. He will continue to serve as music director for the Traverse City Symphony Orchestra in Michigan and as principal conductor of Boston’s Pro Arte Chamber Orchestra. He has been a presence in the major musical capitals of Europe for more than 25 years, with credits including the Paris Opera, the Vienna State Opera, the Berlin State Opera, La Scala of Milan, the Dutch National Ballet, the Verona Ballet, the Stuttgart Ballet, and many others. 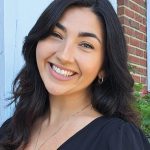 Eastern States Exposition (ESE) announced that Nicole Acevedo is the newest addition to the organization’s Marketing department as Communications & Social Media manager. Acevedo graduated from Western New England University in May 2022 with a bachelor’s degree in creative writing. Over the course of her collegiate career, she served as assistant editor of the Westerner, the university’s newspaper; served as hospitality chair for Spring Event, the campus’s largest music festival; wrote and voiced two scripts for WAMC Northeast Public Radio; and was a two-time winner of the BOLD Media Festival’s written category for her prose poems. In her new role, Acevedo will be responsible for print publications and projects, content creation for all social-media platforms, and maintaining a positive and effective presence across the digital spectrum.

Jane Ralph, executive director of Construct Inc., has been elected to the Massachusetts Nonprofit Network (MNN) board of directors, succeeding Liana Toscanini of the Nonprofit Center of the Berkshires as regional representative. The transition will take place in September. The Massachusetts Nonprofit Network is a statewide organization dedicated to uniting and strengthening the entire nonprofit sector through advocacy, public awareness, and capacity building. MNN represents over 600 members and recently visited the Berkshires to provide policy and program updates. Ralph joins the board as Toscanini concludes a six-year stretch, the term limit for MNN board members.

Wilbraham & Monson Academy has named former prep and collegiate standout and renowned coach Annie Kandel as head coach of its girls lacrosse team. Kandel will take the helm of the program at the start of the 2022-23 school year. Kandel will also assume the role of director of Parent Programs for the Academy and will coordinate advancement and development efforts with parents, alumni parents, and grandparents. She brings an array of experience in admissions, athletics, and student life from within the boarding school world to WMA. Kandel joins WMA after successful coaching stints at Groton School, Stuart Country Day School, Tabor Academy, Cheshire Academy, Stoneleigh-Burnham School, and the University of Colorado. She has led her teams to multiple state and New England championships as well as an undefeated, untied season. She also coaches for the Baystate Bullets Lacrosse Club. She is a product of independent schools, having been a standout athlete in field hockey, basketball, and lacrosse at Governor’s Academy before excelling in both field hockey and lacrosse at Lehigh University. She earned league, regional, and All-American honors in lacrosse and was named the Lehigh University Outstanding Athlete her senior year. She was also honored as a member of the Patriot League All-Decade team and played for the U.S. Women’s National Team in 1992-93. 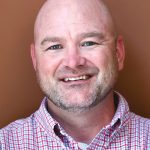 With extensive experience in resource development at Holyoke Community College, Boston College, Elms College, and Westfield State University, Patrick Carpenter is joining New England Public Media (NEPM) as senior director of Development. Most recently, he served as director in Institutional Advancement at HCC, where, under his leadership, annual giving increased dramatically, new-donor participation grew substantially, and a multi-year capital campaign was designed. Carpenter was the first Major Gifts officer at Westfield State University and increased private support of endowed funds through his major and planned giving work. He is a sponsor liaison for the Council for Advancement and Support of Education District 1, president of the Southampton Youth Athletic Assoc. board of directors, and has served as president of the Elms College Alumni Assoc. Carpenter holds a bachelor’s degree in English from Elms College and a master’s degree in higher education administration from Bay Path University. He currently teaches sociology at Elms College as a member of its adjunct faculty.

Holyoke Community College (HCC) Anthropology Professor Vanessa Martínez is the recipient of the 2022 Antonia Pantoja Award from the Latino Scholarship Fund of Western Massachusetts. The award, named after the noted Puerto Rican organizer and education activist, was presented on June 23 at the Latino Scholarship Fund’s 32nd annual meeting at the Log Cabin. The organization presents the award annually to an individual who has made a profound and significant contribution to education, demonstrating a dedication to the academic achievement of Latinx students. Martínez is co-director of HCC’s Honors Program and co-founder of the Women of Color Health Equity Collective, a Springfield-based nonprofit. In addition, her HCC classes frequently engage with community groups and Holyoke schools through service-learning projects. She has been teaching at HCC since 2006. In January, she also received the 2022 Thomas Ehrlich Civically Engaged Faculty Award from Campus Compact, a national coalition of colleges and universities committed to the public purposes of higher education. Martínez was born in San Sebastian, Puerto Rico, and holds a bachelor’s degree from Columbus State University, a master’s degree from Georgia State University, and a PhD from the University of Massachusetts. In 2011, she received the Latino Teaching Excellence Award from then-Gov. Deval Patrick, and was selected in 2015 as a Leadership Fellow by the American Anthropological Assoc.

Florence Hearing Health Care (FHHC) recently hired two new team members: Susan Pepin-Phillips, practice manager; and Dr. Cassandra Falvey, audiologist. They join Dr. Jennifer Sowards, audiologist and founder; Dr. Anna Niemi, audiologist; and Robin Verteramo, receptionist. Pepin-Phillips forged a career in marketing at two local community banks before moving into practice management at a local dental practice five years ago. She will be responsible for running the business side of the practice, but with her marketing eye, she’ll also be focused on making sure the brand is represented well in the running of the business. Falvey came to Florence Hearing from Baystate Health in Palmer. She has always been drawn to the field of communication sciences and disorders, earning a bachelor’s degree, magna cum laude, in communication sciences and disorders from the College of Saint Rose in Albany, N.Y. in 2015. She then returned home to Western Mass. and earned her doctorate in audiology at UMass Amherst in 2019. Falvey completed her fourth-year externship at Baystate Wing Hospital and Medical Centers, where she continued to work and serve patients until joining the team at Florence Hearing Health Care. She holds a certificate of clinical competence from the American Speech, Language, and Hearing Assoc.