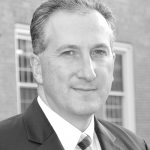 The Affiliated Chambers of Commerce of Greater Springfield (ACCGS) have elected Robert Ziomek, director of major and planned gifts at Western New England University, to lead the organization’s Legislative Steering Committee. Ziomek was elected for a two-year term as chairman of the panel. “I am humbled to be chosen the chair of a group that is so committed to the success of the Greater Springfield business community,” said Ziomek. “The city of Springfield is going through an insurgence of new business development right now, and I’m confident this committee will continue to play a significant role in keeping our federal, state, and local officials focused on the issues that affect the Western Massachusetts business community.” The legislative steering committee identifies and researches issues of major concern to the business community, then recommends positions on them. The committee is also charged with educating members on these issues, soliciting member support, and encouraging elected officials to adopt the ACCGS’ positions. The committee has four subcommittees that perform in-depth research on specific issues: budget, workplace issues, healthcare, and education/workforce development. Ziomek is in his 10th year of service to the committee and previously served as the chairman of the subcommittee that studies workplace issues.
••••• 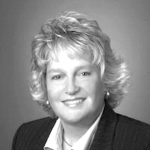 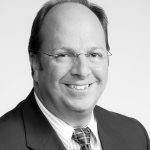 Holyoke Medical Center announced that Barry Waite has been named corporate director of Human Resources. Waite, a native of Holyoke, served five years as corporate director of Human Resources for the Loomis Communities in South Hadley and seven years as regional director of Human Resources with HealthBridge Management in Concord. Previously, he served as director of Public Affairs and Strategic Communications for Baystate Health in Springfield, and as director of Communications and Marketing for Qualidigm in Middletown, Conn. “This is an exciting time for Holyoke Medical Center, as we bring a new vision and strategic plan into action. The people who work here every day, providing the excellent care that our community hospital is recognized for, are the reason I’m here,” said Waite. “In HR, we have a real impact on how that care is provided, whether the focus is on the morale of the workplace, employee benefits, or creating a healthier workplace environment for our employees — creating an environment where they can thrive and serve our patients to the best of their ability.” Waite attended Boston College and earned his master’s degree in health communications at Emerson College/Tufts University School of Medicine. Among Waite’s plans for HMC are to introduce a new employee-wellness program including an initiative for achieving a healthy work-life balance.
••••• 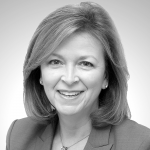 Farmington Bank announced the appointment of Catherine Turowsky as vice president of Cash Management Sales and Services Representative. Turowsky operates out of Farmington Bank’s Western Mass. Commercial Services Office, located at 138 Memorial Ave. in West Springfield. Turowsky, with more than 28 years of banking experience in Massachusetts, comes to Farmington Bank from People’s United Bank, where she served as senior vice president/market manager of cash management services. She is a member of the Treasury Management Assoc. of New England and the Assoc. for Financial Professionals. In September, Connecticut-based Farmington Bank announced its plans to enter Massachusetts with the establishment of the commercial services office now open in West Springfield and two de novo hub branches planned to open, subject to regulatory approval, in West Springfield and East Longmeadow in 2015.
•••••
Dawn Henry has been elected president of the 1,700-member Realtor Assoc. of Pioneer Valley. The election took place at the association’s annual membership meeting held last month at the Yankee Pedlar in Holyoke. Henry is a real-estate sales agent with Coldwell Banker Residential Brokerage in Longmeadow. As president, she will oversee the association’s activities and operations, including meetings of the board of directors, and act as a liaison to the association’s various committees. She is the official spokesperson of the association on issues related to the real-estate industry and the local housing market. The other 2015 officers and directors include Louis Mayo, president-elect; Richard Sawicki Jr., treasurer; Janise Fitzpatrick, secretary; and Patrick Nolan, immediate past president. Directors include Elias Acuna, Edward Alford, Kelly Bowman, Shawn Bowman, Suzi Buzzee, Susan Drumm, Susan Rheaume, and Russell Sabadosa. Organized in 1915, the Realtor Assoc. of Pioneer Valley is a professional trade organization serving Franklin, Hampden, and Hampshire counties.
Tags: Education Insurance People on the Move Workforce Development