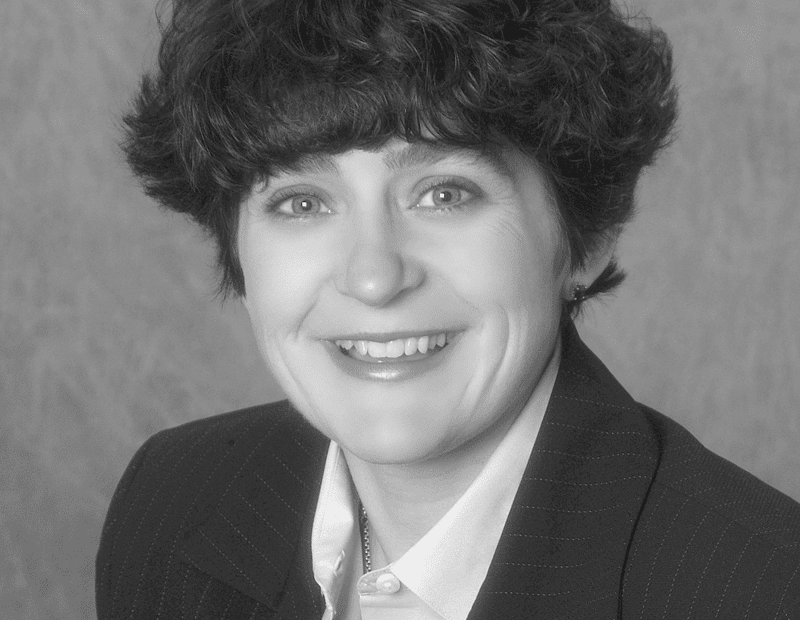 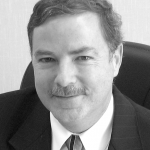 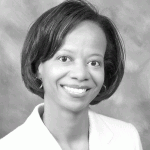 Comcast has named Janet Uthman its Vice President of Marketing and Sales for Western New England. She oversees all marketing and sales initiatives for the region, which encompasses 300 communities in Connecticut, Western Mass., New York, and Vermont. She will also be responsible for overseeing marketing campaigns, competitive intelligence and strategy, and local marketing and sales event sponsorships. Additionally, she will oversee regional sales channels.
••••• 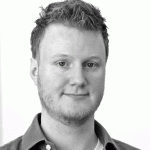 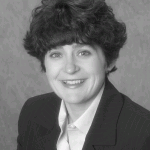 Susanne deVillier has joined Easthampton Savings Bank as the Branch Manager for the new Agawam office, slated to open in the coming weeks.
•••••
Florence Lombard has been named the Chief Executive Officer of the Chartered Alternative Investment Analyst Association in Amherst. Lombard is the founding member and former CEO of the Alternative Investment Management Assoc., a global hedge-fund industry association.
••••• 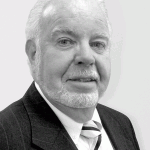 NUVO Bank & Trust Co. in Springfield has hired Paul Erwin, CPA, to be its Chief Financial Officer.
•••••
The Willie Ross School for the Deaf in Longmeadow announced the following:
• Thomas Laurin has been named to the Board of Directors.; and
• James Ross III has been named to the Board of Directors.
Laurin and Ross, both second-generation supporters of the school, take their fathers’ places on the board. Francis Laurin served on the board for many years and established the Laurin Audiological Center for Children in Pittsfield as a resource for the families of deaf children in Berkshire County. James Ross Jr. served for 20 years as a treasurer and a member of the Willie Ross School Board of Trustees.
••••• Sean Mitchell has joined Cooley Dickinson Hospital in Northampton as Director of Major Gifts. He is responsible for increasing the number of donors and support for Cooley Dickinson at the level of $10,000 and above. He will also be instrumental in raising the remaining $4.2 million of an $8.2 million campaign that will make possible a number of initiatives, primarily a new Cancer Center and nurse-development programs.
••••• 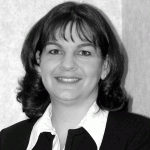 Monson Savings Bank has announced the recent promotion of Lena Buteau to Assistant Vice President, Retail Banking. Previously the Branch Manager for the Monson branch, Buteau will now oversee all of Monson Savings’ branches in Monson, Hampden, and Wilbraham, and will direct the institution’s retail banking operations.
•••••
The Springfield affiliate of Rebuilding Together announced the following:
• Ralph DiVito has been elected to its Board of Directors. DiVito is Director of Business Development at Rocky’s Ace Hardware in Springfield; and
• Frank Nataloni has been elected to its Board of Directors. Nataloni is Owner and President of Kitchens by Curio in Springfield.
•••••
The U.S. Supreme Court recently admitted a group of Widener University School of Law attorneys to its bar in Washington, D.C., including George Pappas of Springfield. Pappas, a 2000 graduate of Widener’s Delaware campus, has his own law practice with offices in Springfield and Charlotte, N.C.
•••••
Pamela Wells, Resident Service Manager at the Springfield Housing Authority, was recently appointed to the Springfield Advisory Board of the Department of Transitional Assistance. The appointment was made by Gov. Deval Patrick, Commissioner Julia Kehoe, and state Health and Human Services Secretary JudyAnn Bigby.
•••••
Berkshire Bank in Pittsfield announced the following: 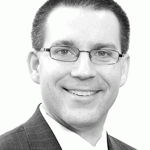 • Kevin O’Donnell has been promoted to Assistant Vice President. O’Donnell’s role includes the continued growth of the Wealth Management Center by assisting customers in outlining their financial goals and developing thoughtful strategies to achieve those goals; and
• 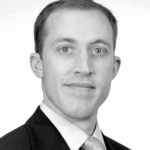 Nicholas Strom-Olsen, CFP, AIF, has been promoted to Assistant Vice President. His areas of focus include retirement planning, education planning, investment management, and insurance.
•••••
Loretta Brennan Glucksman, Chairperson of the American Ireland Fund, will receive the 2011 Ambassador of Ireland Award by the Saint Patrick’s Committee of Holyoke Inc. and the Republic of Ireland. Presented annually by a representative of the Irish government, the award honors individuals who have made extraordinary efforts in furthering the relationship between the people of the U.S. and Ireland. Glucksman’s philanthropic efforts in Ireland and the U.S. are internationally recognized. The American Ireland Fund raises funds to support programs of peace, culture, education, and community development in Ireland, having raised more than $250 million for Irish charities. The award will be presented in Holyoke during a pre-parade breakfast and reception on March 20.
•••••
Realtor Stephen Oates has completed the requirements to be licensed as a licensed Real Estate Broker in Massachusetts. In other news, Oates recently received a 2010 Coldwell Banker Sterling Society Award of Recognition and a 2010 Silver Coldwell Banker Sales and Service Award working with Coldwell Banker Upton-Massamont Realtors.
•••••
W.F. Young Inc. of East Longmeadow announced the following: 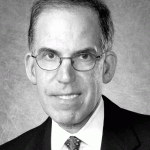 • Steve Gootzeit has been appointed Director of Marketing; 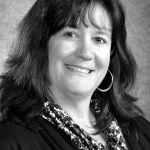 • Laurie Klafeta has been appointed Export Sales Administrator; and • Molly O’Brien has expanded her role as Advertising Supervisor with new responsibilities.
•••••
Bulkley, Richardson and Gelinas, LLP of Springfield announced the following:
• Associate Attorney Kelly Koch has joined the Domestic Relations Department. She handles matters relating to divorce, child custody, antenuptial agreements, post-divorce issues, guardianships, and probate litigation;
• Associate Attorney George Adams IV has joined the Business/Finance Department. He focuses on general corporate and business matters.;
• Associate Attorney Christopher Visser has joined the Litigation/Alternative Dispute Resolution Department. He focuses on medical-malpractice litigation; and
• Associate Attorney Abena Mainoo has joined the Litigation/ADR Department. She handles commercial and corporate litigation matters, primarily for large financial institutions.
•••••
Nate Dube of Expert Laser Services in Southbridge, will lecture at the upcoming Digital Marketing Forum in Austin, Texas, detailing his use of social media in an unconventional marketing campaign. Dube will discuss his Destroy Your Printer Contest, which invited office workers to submit videos of creative ways to vent their frustration against office imaging equipment. Dube first posted the videos on YouTube, then promoted them using a variety of social media. Bloggers and Internet news outlets picked up the story, and Dube found himself answering calls and tweets and doing interviews. The contest also earned Expert Laser a cover story in the international trade magazine the Recycler.
•••••
Christina Sousa has been named by TD Bank as Manager of its Ludlow branch at 549 Center St.
•••••
David Hrycay was the recipient of a Carole-Cope Ward Award from Mass-West Enterprises and the state Department of Developmental Services’ regional employment-services office. The award is given annually to a staff member who goes above and beyond normal job responsibilities for the benefit of individuals supported. Hrycay is a Job Coach and works with individuals with intellectual disabilities at the Route 20 redemption center in Palmer.
•••••
John J. Turgeon, Certified Public Accountant and Human Capital Strategist, is now a member of Kostin, Ruffkess & Co., a Farmington, Conn.-based certified public accounting and business-advisory firm. As leader of the Human Capital Consulting Group, he offers an array of services to clients, including executive coaching, personal-development planning, leadership-meeting facilitation, and professional recruitment assistance.
•••••
Amy Driver has joined Kunhardt Financial and Insurance Strategies in Northampton as Senior Services Assistant.
•••••
Dr. Jose Vinagre has received recognition from the Heart-Stroke Recognition Program of the National Committee for Quality Assurance and the American Heart Assoc.-American Stroke Assoc. for providing quality care to his patients with cardiovascular disease or who have had a stroke.
•••••
John Shecrallah of Peter Pan Bus Line’s Springfield central operations office, has been promoted to Director of System-Wide Operations.
•••••
Janice Santaniello has joined Keller Williams Realty in Longmeadow. She has been a full-time Realtor in the Longmeadow area for more than 10 years.
•••••
Nina Wishengrad has joined Market Mentors of West Springfield as a Copywriter.
•••••
Farmers recently named to the committee of the Hampshire-Hampden County Farm Service Agency, a part of the U.S. Department of Agriculture, are:
• Diana Strzemienski, who with her family runs a 112-acre beef cattle, hay, and vegetable farm in Palmer; and
• Peter R. Hanifin, who, with his family, operates a 50-acre hay farm in Ware.
The committee is responsible for the local administration of federal farm programs.
Tags: Cover Story Education Employment Health Care Insurance