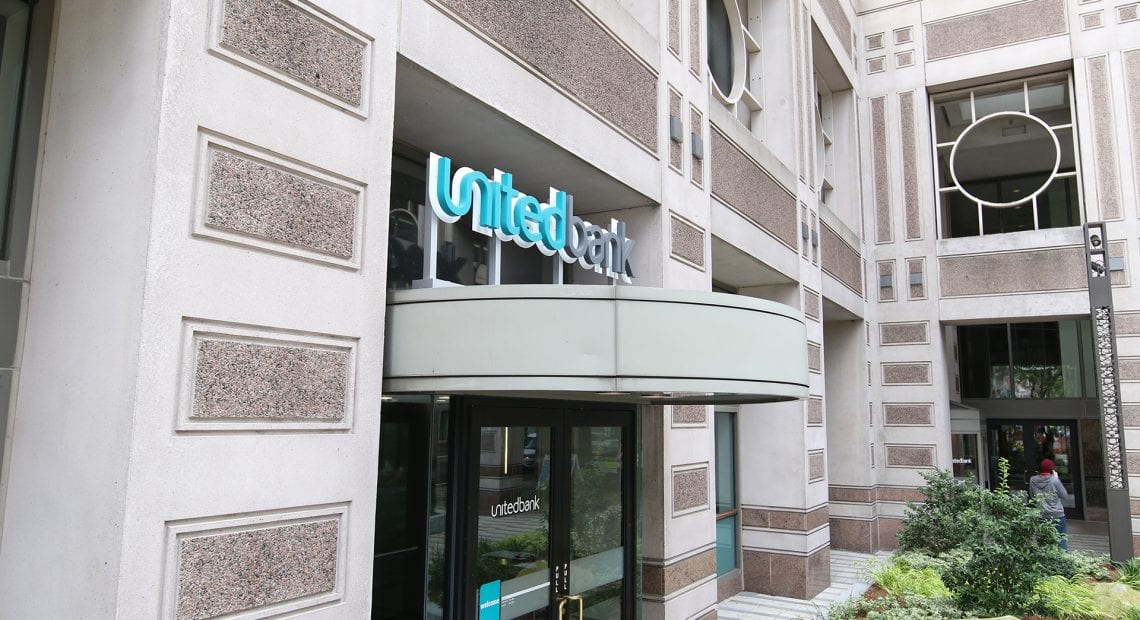 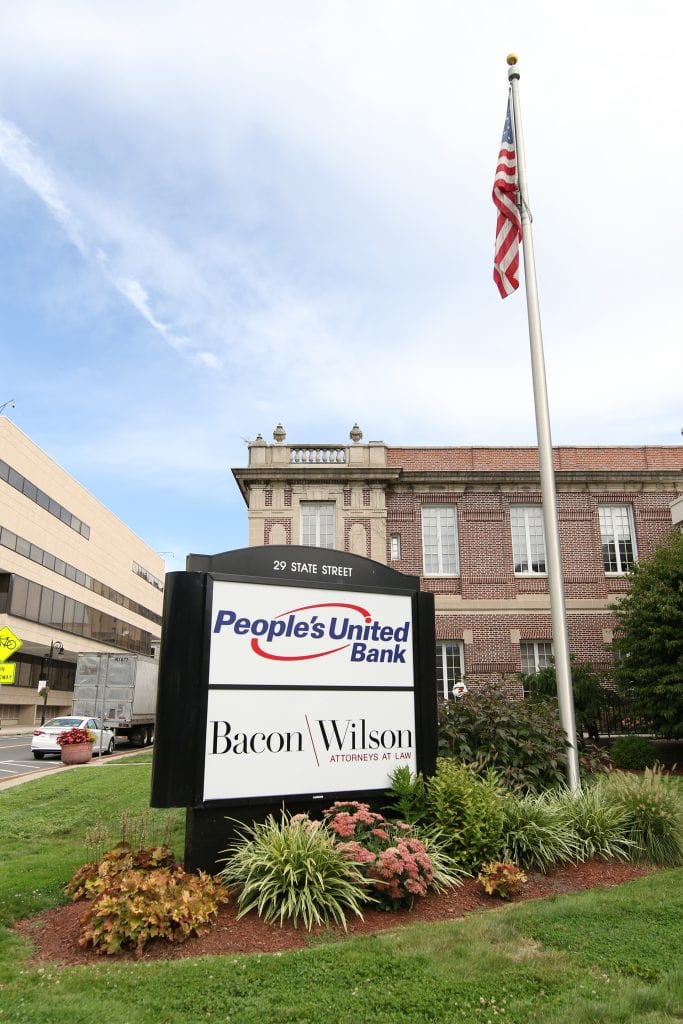 People’s United Bank is no longer the small, Springfield-based institution, then known as the Bank of Western Massachusetts, that made its name three decades ago through a strong emphasis on local commercial lending. And the now-Connecticut-based institution is growing again, with a planned acquisition of United Bank that will push its assets well above $50 billion. But local connections are still key to the People’s United ethos, its Massachusetts president says — and he hopes United Bank customers feel the same way.

“We trust that customers kind of know us already in Western Mass., and that they’re confident this isn’t a big change in the sense of somebody they don’t know. They’ve known us for a long time,” said Sullivan, Massachusetts president of People’s United, the Bridgeport, Conn.-based bank that began life in downtown Springfield 32 years ago as the Bank of Western Massachusetts.

“We have people that have worked for either the Bank of Western Mass. or People’s United for a long time,” he added. “Long-term relationships are valued here, and long-time principles and dynamics don’t change. Local is local.”

The two institutions announced in July that People’s United Financial Inc., the holding company for Peoples’s United Bank, would acquire United Financial Bancorp Inc., the holding company for United Bank, in a 100% stock transaction valued at approximately $759 million. Then banks’ leaders characterized it as a strong cultural fit that would benefit customers.

“We are excited to welcome United Bank to People’s United,” said Jack Barnes, chairman and CEO of People’s United Financial. “With the fourth-largest deposit market share in the combined Hartford and Springfield market, a complementary array of commercial and retail capabilities, and a shared legacy of community giving, United will solidify our presence in the Central Connecticut market and strengthen our franchise in Western Massachusetts.”

William Crawford, president and CEO of United Financial Bancorp, added that “People’s United Bank has long been a premier brand in Connecticut that is committed to building meaningful relationships with its customers and communities. We are confident their broad array of products and services, in-market knowledge, and the size and strength of their balance sheet will deliver enhanced value to our stakeholders.” 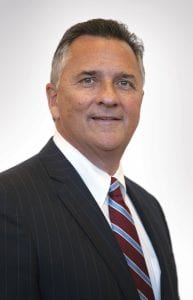 Patrick Sullivan says the acquisition of United Bank makes sense on a number of levels, both financially and culturally.

Indeed, the move is, in one sense, the story of two Connecticut-based banks —United is based in Hartford — but both banks have a long history and a strong presence in Western Mass.

Sullivan — who joined People’s United six years ago as Massachusetts president and also oversees the bank’s commercial, industrial, and business banking, noted that the institution was already the eighth-largest bank in Massachusetts, and will obviously be slightly larger, growing from 56 branches in its multi-state footprint to around double that, though some are expected to close (more on that later).

“Because of the economy in Massachuetts and the size of the market, we’ve invested a lot in people from other institutions that have joined us with specific expertise in lending, commercial markets, retail, wealth, insurance, whatever,” he went on, citing its government-banking niche as one strength.

For this issue’s focus on banking and finance, BusinessWest spoke with Sullivan about the broadened services and technology People’s Bank will bring to United Bank customers, and why he feels this growing institution will continue to maintain a local focus in the communities where it operates.

Immediately after the merger, People’s United will go from five branches in Hampden County to 20, from five to 10 in Worcester County, and from three to four in Hampshire County; its roster of three branches in Franklin County won’t change.

Still, not every branch will remain open; in some communities, both banks now operate within a block or so of each other, which means consolidation is inevitable, Sullivan said. “We’ll make a decision in the best interests of our customers, according to where they bank. But all the retail employees have been told they will have positions with us.”

Just as it has during its growth over the years — People’s United boasts assets around $47.9 billion, and is acquiring a bank with about $7.3 billion — Sullivan said the institution stresses local decision making when it comes to lending, philanthropy, and other matters.

“We still operate just like we did when we had $30 billion. We want to keep it local,” he told BusinessWest. “Our biggest client has its headquarters in Western Mass. Our challenge has been small businesses, those $100,000 loans, the startups. We try to take care of the small-business segment. Let’s face it, those are the heart of a lot of the communities we’re in, and we’re always trying to be more responsive to them.”

In recent years, People’s United has made significant investments in its commercial specialties, including hiring teams of specialized industry experts to better serve customers. Among these niches are technology companies, restaurant franchises, and a healthcare finance team. While those divisions are based out of Boston, they serve the bank’s entire New England and New York footprint and beyond. This United Bank branch in downtown Springfield is just a couple blocks from the People’s United branch — one of many examples of overlapping branches the organization must examine post-merger.

“We’re constantly focused on on how, when, and where we interface with customers in this changing age of banking,” he noted. “Technology and digital enhancements continue to be a major focus for the bank as we aim to stay one step ahead of customer needs and deliver a truly integrated service model that blends the best in customer service with technology.”

To that end, People’s United has developed a strategic initiative to provide customers with online and digital solutions for a suite of its most popular offerings.

“This digital banking experience is designed to mirror and be an extension of the branch experience — serve as another path to interact with and receive guidance from bankers, based on individual customer preferences,” Bodakowski said. “Our bankers are being trained to become digital advocates.”

Offerings include a technology-based home-lending platform designed to simplify and transform the way customers apply for a home-equity loan or home mortgage, providing the ability to virtually interact with mortgage account officers in real time to complete the online application.

Other features include a refreshed online and mobile solution for opening checking and savings accounts, a digital small-business loan application for loans $250,000 or less, a direct-to-client robo-advisory offering, and a new, digitally driven financial-literacy platform that allows customers and the community to access financial-literacy classes and modules.

The latter is an especially important tool to help young people, the elderly, and anyone, really, become more financially savvy, make better decisions, plan for the future, and avoid scams.

The bank has also enhanced its marketing capabilities to more accurately target its customers and understand their lifestyles, through the use of integrated third-party digital e-mail and marketing platforms such as Marketo and Salesforce.

“We look forward to welcoming [United Bank’s] well-established customer base and delivering to them our enhanced technology and digital capabilities, combined with our network of expert bankers,” Barnes said when the acquisition was first announced.

Those giving decisions remain, as they always been, local, Sullivan said, because the local bankers know the market and its needs. He knows that’s part of the community-bank ethos in Western Mass., and even banks that have grown far beyond community-bank size still have to operate like one.

“Our philanthropy is very local. We take very seriously how things get allocated to these organizations,” he added. “Our principles are always to stay local, whether it’s the specialty expertise in the market or our volunteerism and philanthropy. That’s in our DNA.”

And Investors Should Expect the Roller-coaster Ride to Continue