The Light Microscopy Core Facility housed in the Institute for Applied Life Sciences (IALS) at UMass Amherst was designated as a Nikon Center of Excellence at a recent grand-opening event. It is one of eight Nikon Centers of Excellence in the U.S. The microscopes that make up the core facility have been purchased by UMass Amherst with funding from the Massachusetts Life Sciences Education Consortium and furnished by Nikon at a discount. They will allow the campus and the surrounding region access to cutting-edge technology and foster economic development, according to James Chambers, director of the IALS Light Microscopy Core Facility. 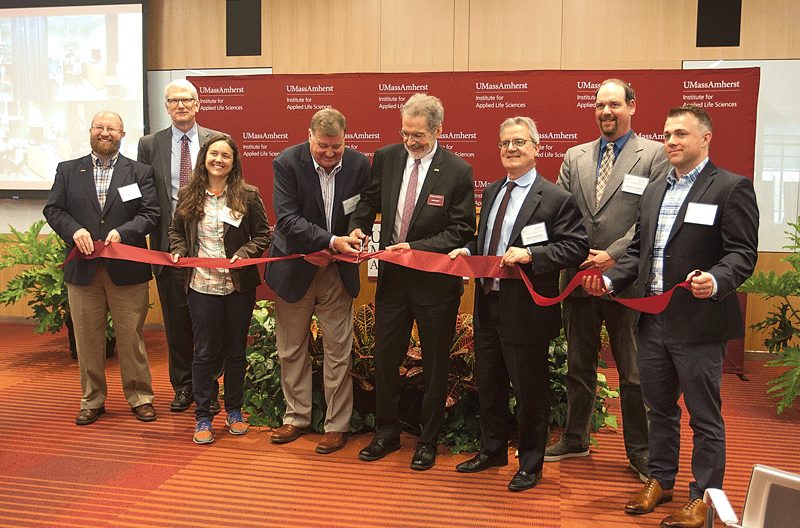 Jim Hamlin, vice president of sales for Nikon Instruments Inc., and Mike Malone, vice chancellor for Research and Engagement at UMass Amherst, cut the ribbon for the lab’s grand opening. 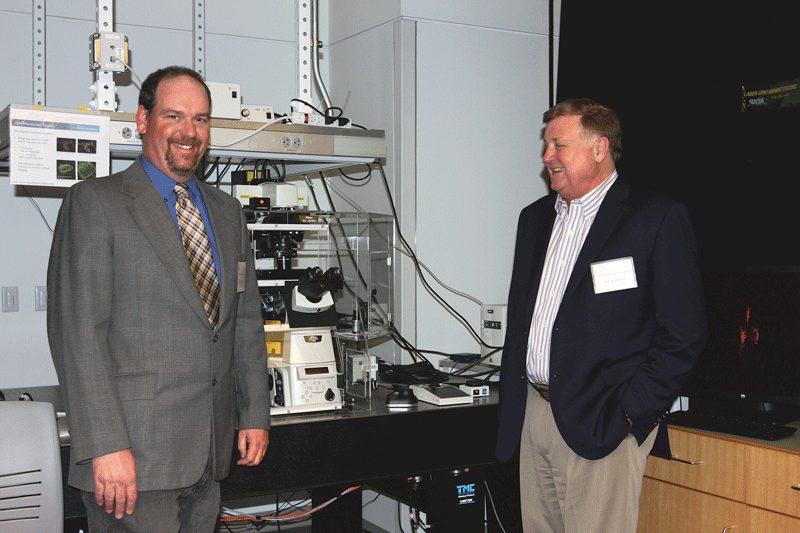 Chambers (left) and Hamlin survey some of the new equipment

The developers and owners of Tru by Hilton conducted a grand-opening event on May 15 at the chain’s new Chicopee location. The new hotel, the first of its brand in Massachusetts, represents an $11 million investment by BK Investments, which also owns Hampton Inn in Chicopee, and the creation of 30 full-time jobs. The four-story building on Memorial Avenue boasts 108 rooms. 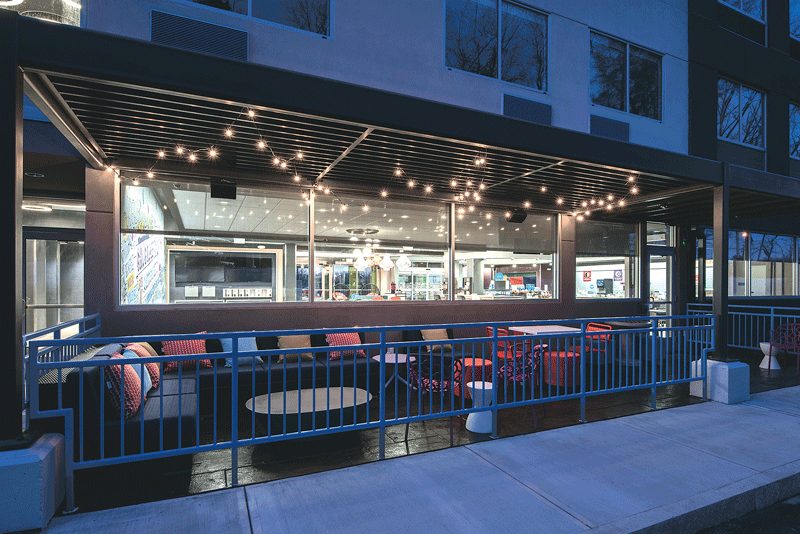 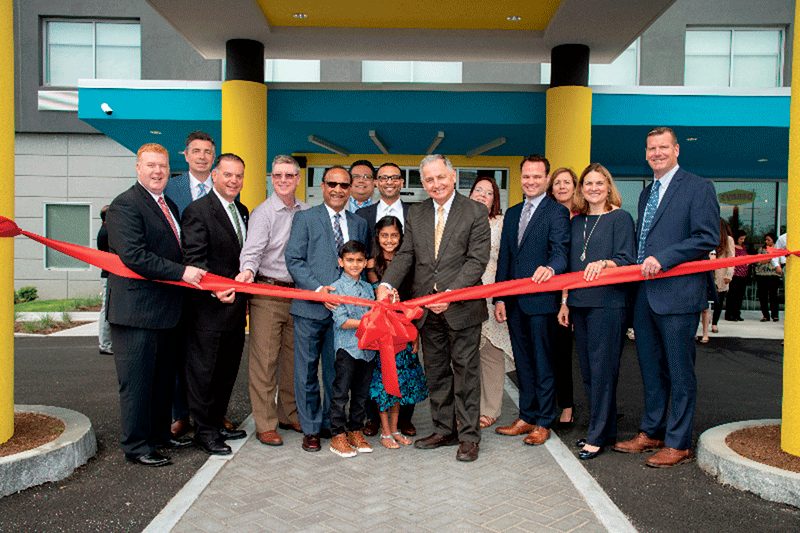 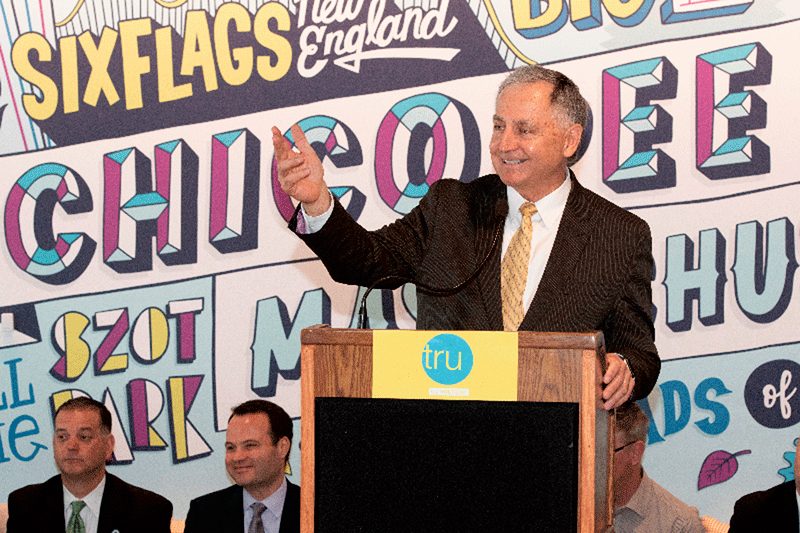 Kos addresses the crowd at the grand opening. Top right: the hotel’s back terrace.

On May 16, Green Thumb Industries (GTI), a national cannabis cultivator and dispensary operator, welcomed the community to an open house and ribbon cutting at RISE Amherst, the town’s new medical-marijuana dispensary, located at 169 Meadow St. “This is a great day for the patients of Massachusetts and the state’s medical cannabis program,” said GTI CEO Pete Kadens. “Our goal at our RISE dispensaries is to provide the very best care to our patients while offering the the most effective and quality medical marijuana available. We are thrilled to join the Amherst community and look forward to serving our patients.” 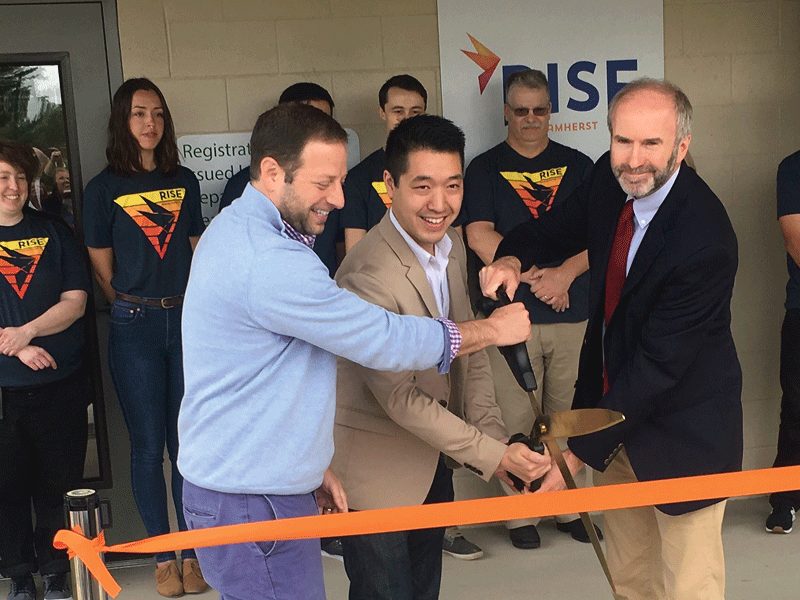