Dress for Success staged its annual Common Threads gala on April 25 at the Sheraton in Springfield. The event, described as a ‘celebration of women,’ inspires supporters with stories of success and empowerment as recent program participants speak of their achievements and successes. 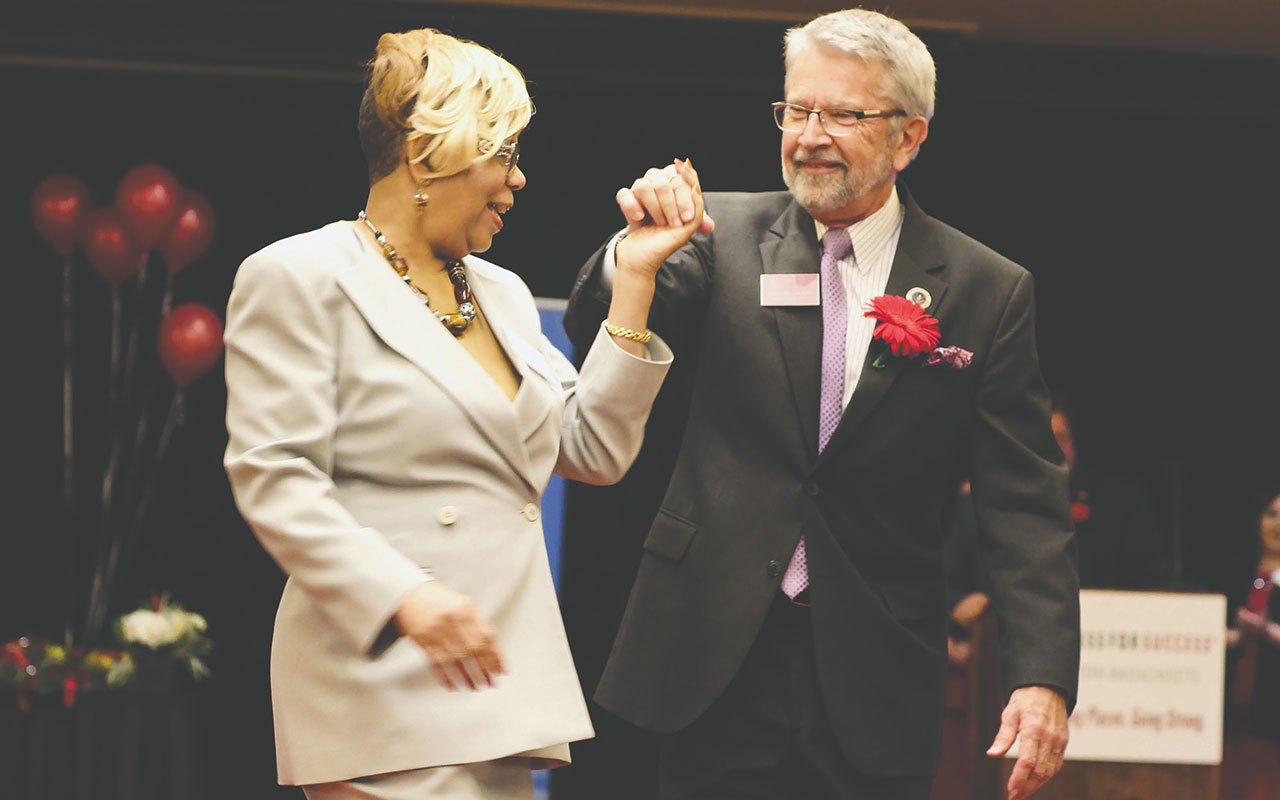 Wilhelmina Humphries is ushered to the stage by Werner Maiwald, president of Renaissance Insurance Benefits 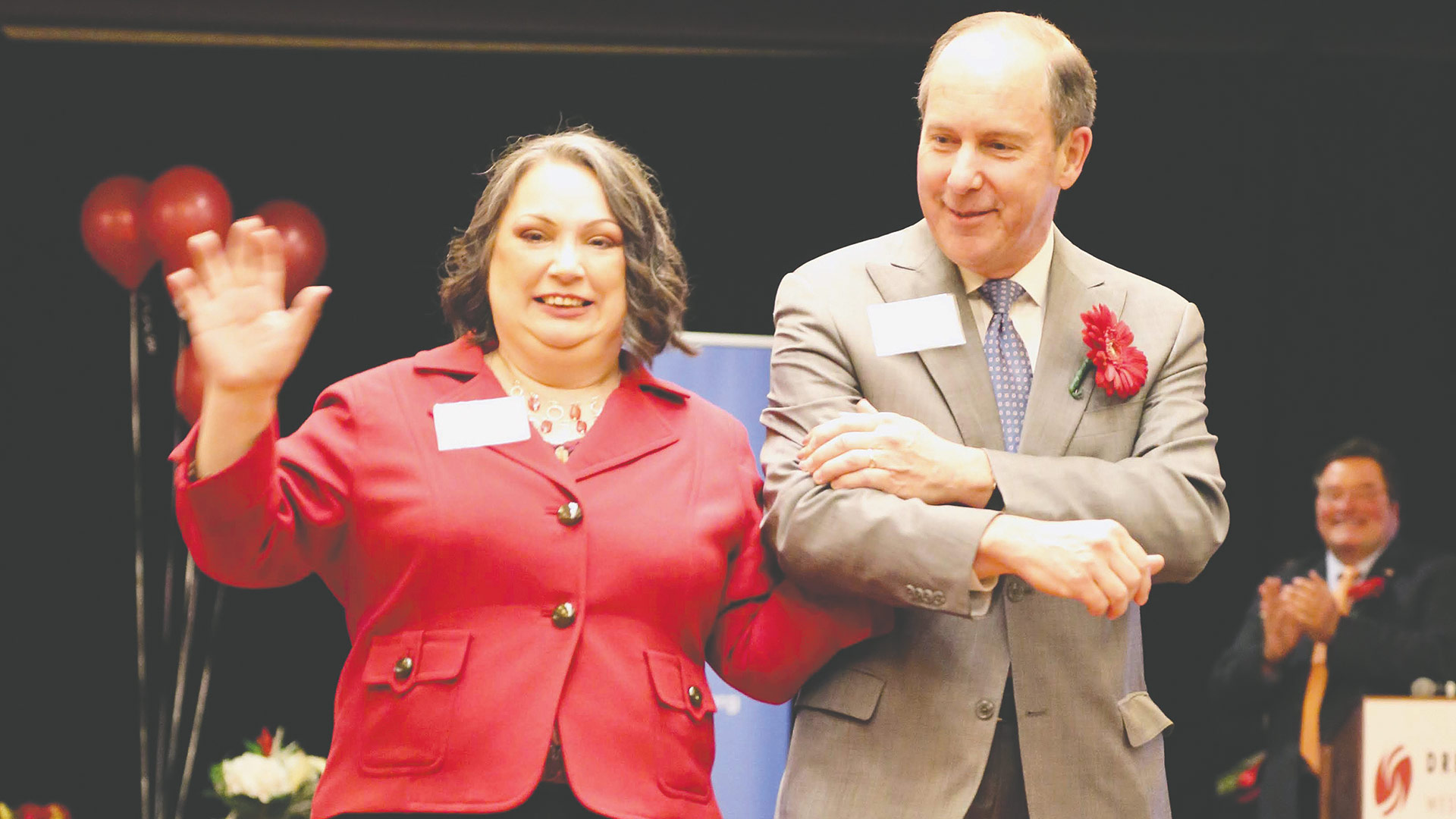 Maria Pelletier is ushered to the stage by Dr. Mark Keroack, president and CEO of Baystate Health 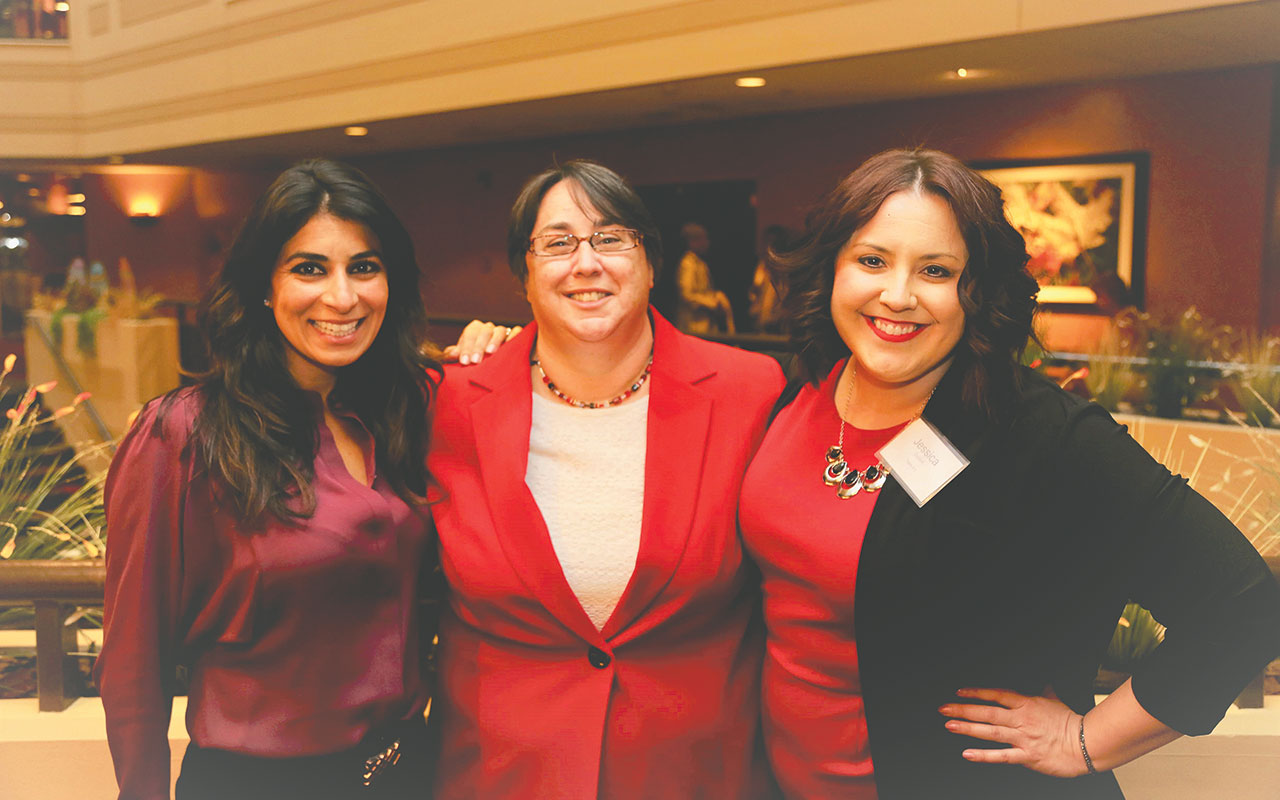 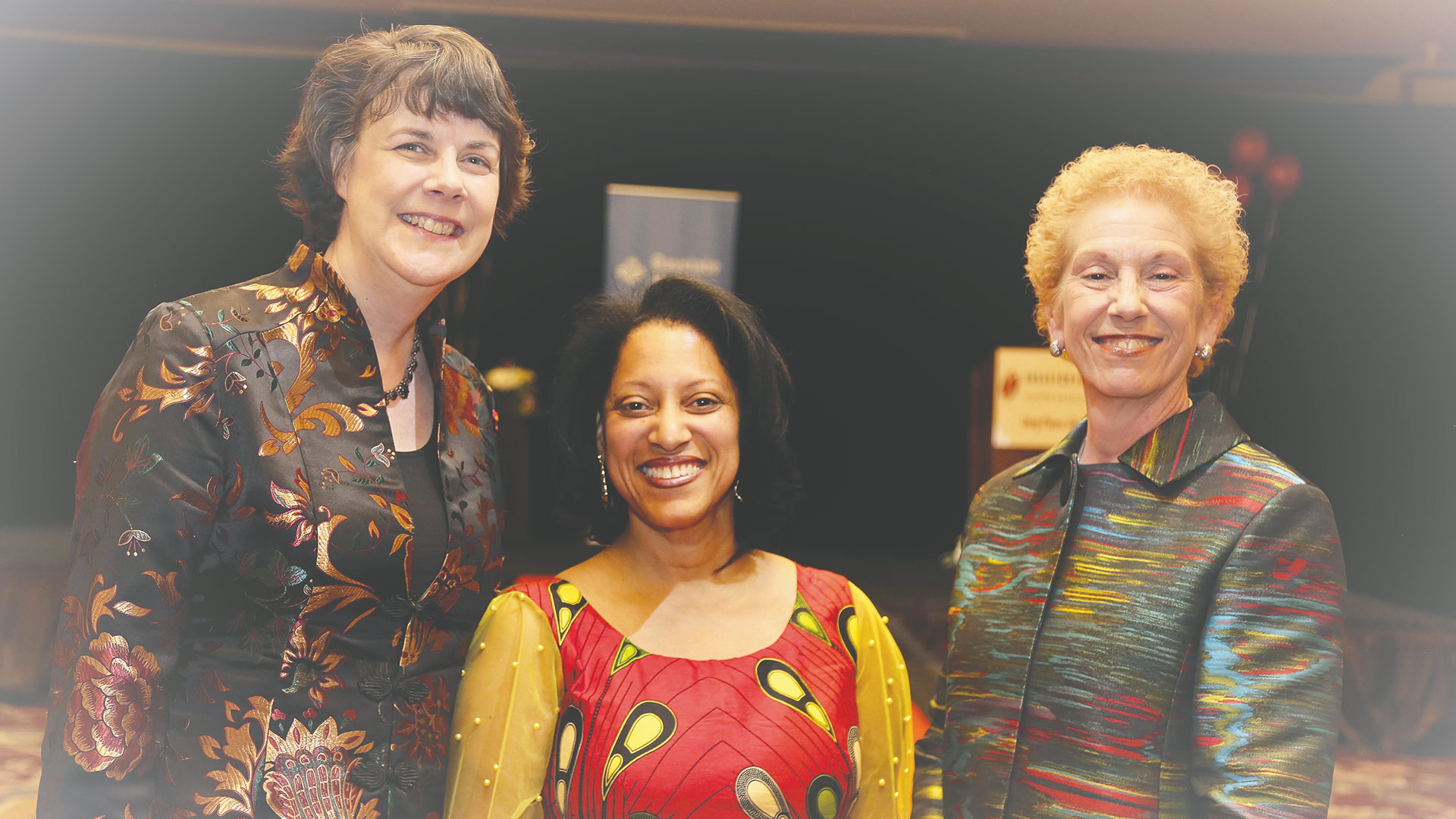 Bay Path University staged its third annual President’s Gala on April 27 at the Sheraton in Springfield. The gala, which raises money for scholarships, again featured a Dancing with the Stars format that had a team of judges — and the audience — struggling to determine who should take home the coveted President’s cup. After audience voting, that honor eventually went to Julian Jusko, a community partner and long-time supporter of the gala, who earned three perfect 10s from the judges, as did fellow competitors Erin Hornyak. 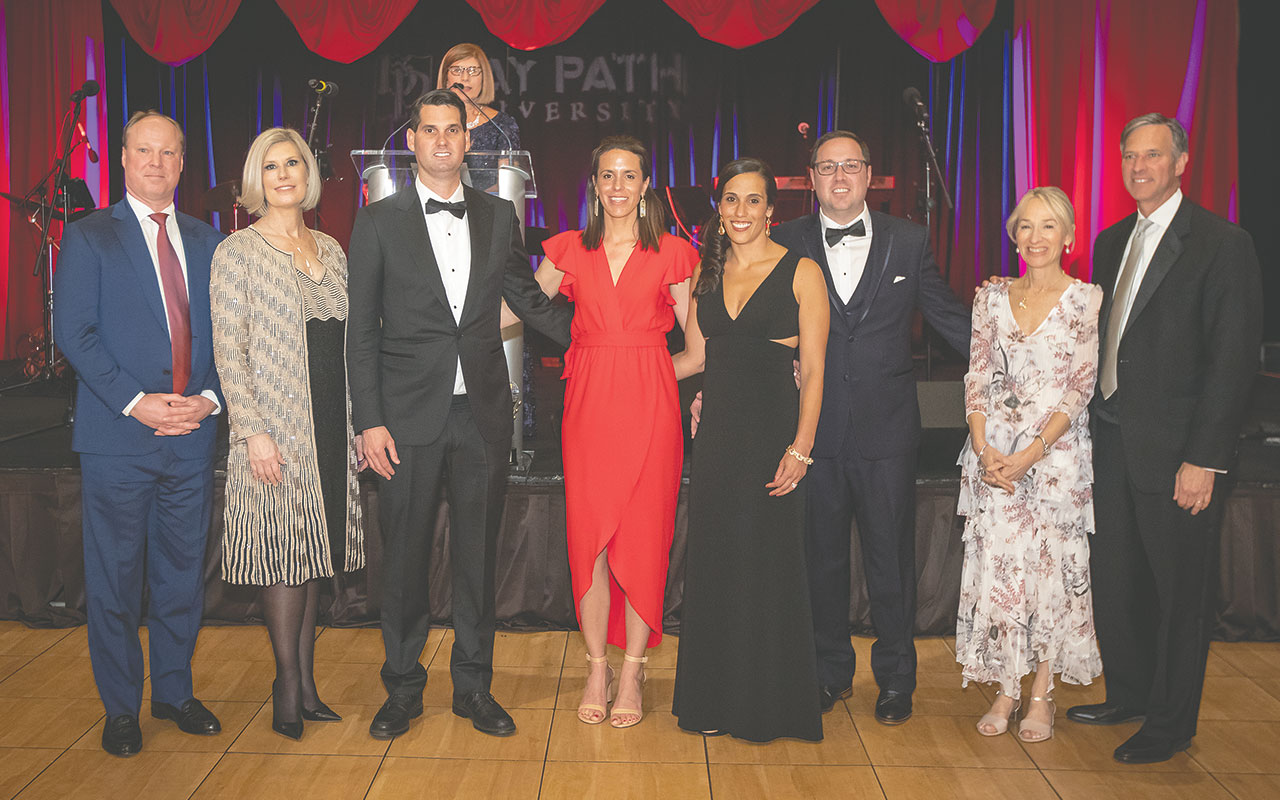 Jusko finishes off her routine in style 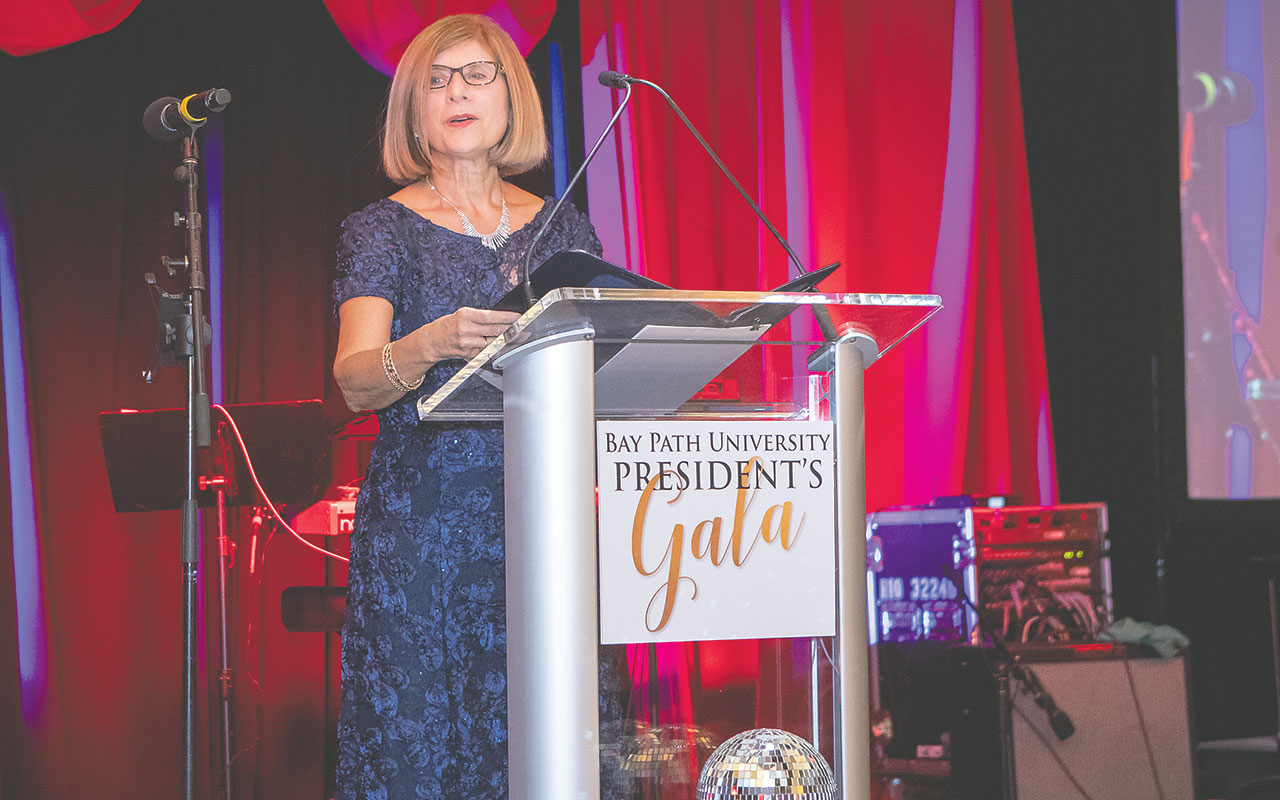 the judges for the dance competition, from left, Lindsay Arnold, Wayne Hooker, and Kara Wolters from left, instructor Gunnar Sverrisson, Hornyak, Jusko, Clemons, and instructor Daryll & Sverrisson gather for a final round of applause 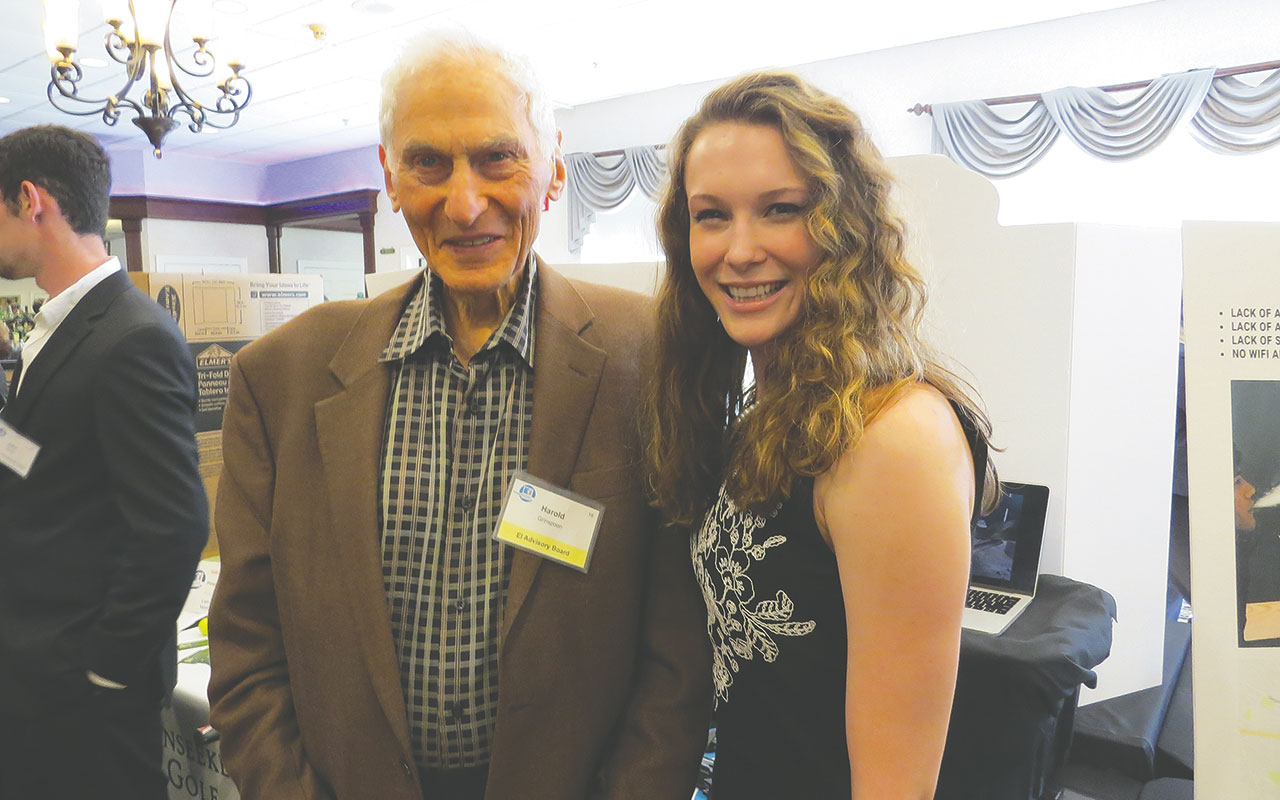 the crowded ballroom floor during the Entrepreneur Showcase 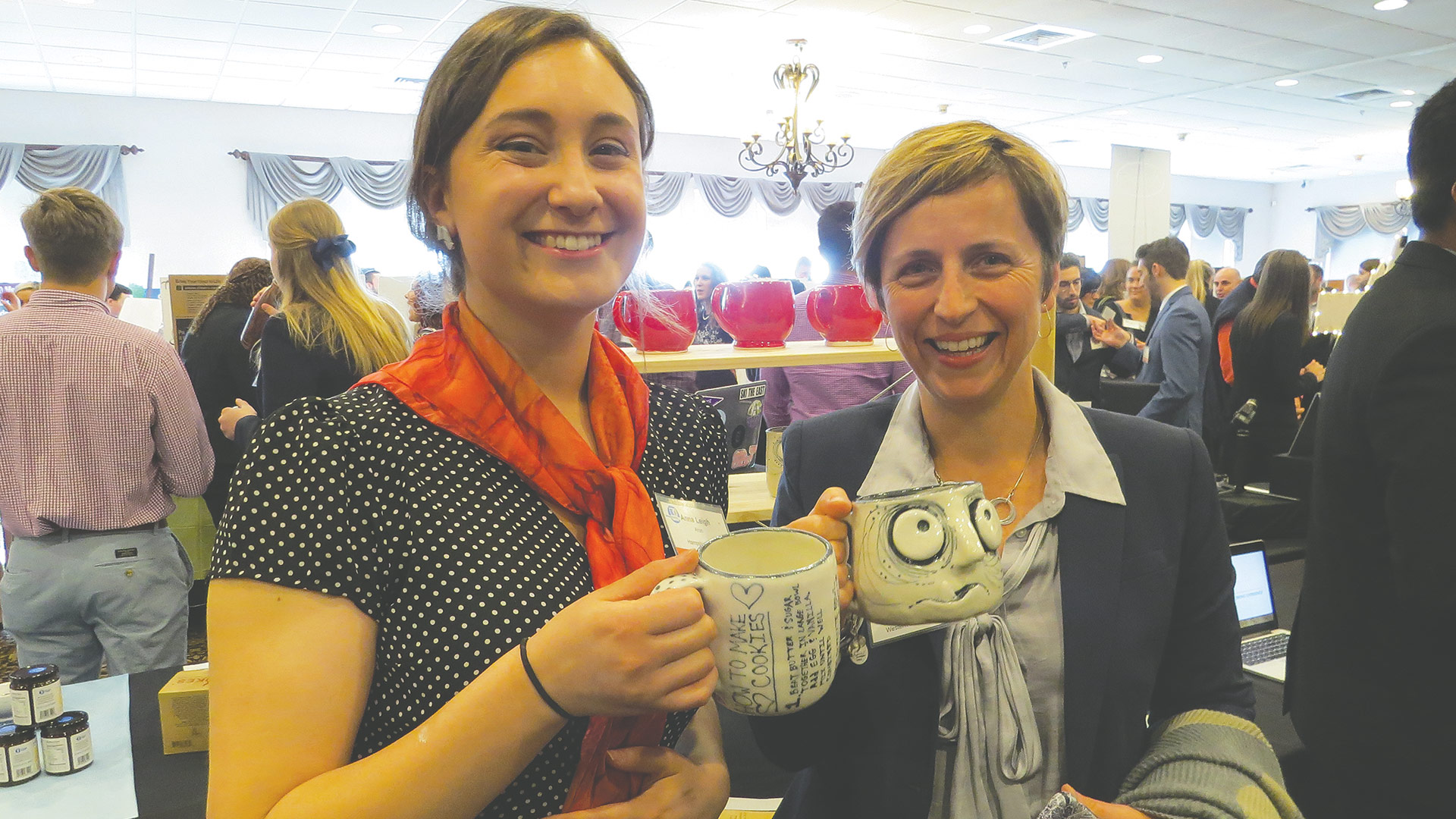 Anna Aron (left), a Hampshire College student and founder of Anna Leigh Pottery, shows some of her works to Katie Allan Zobel, president and CEO of the Community Foundation 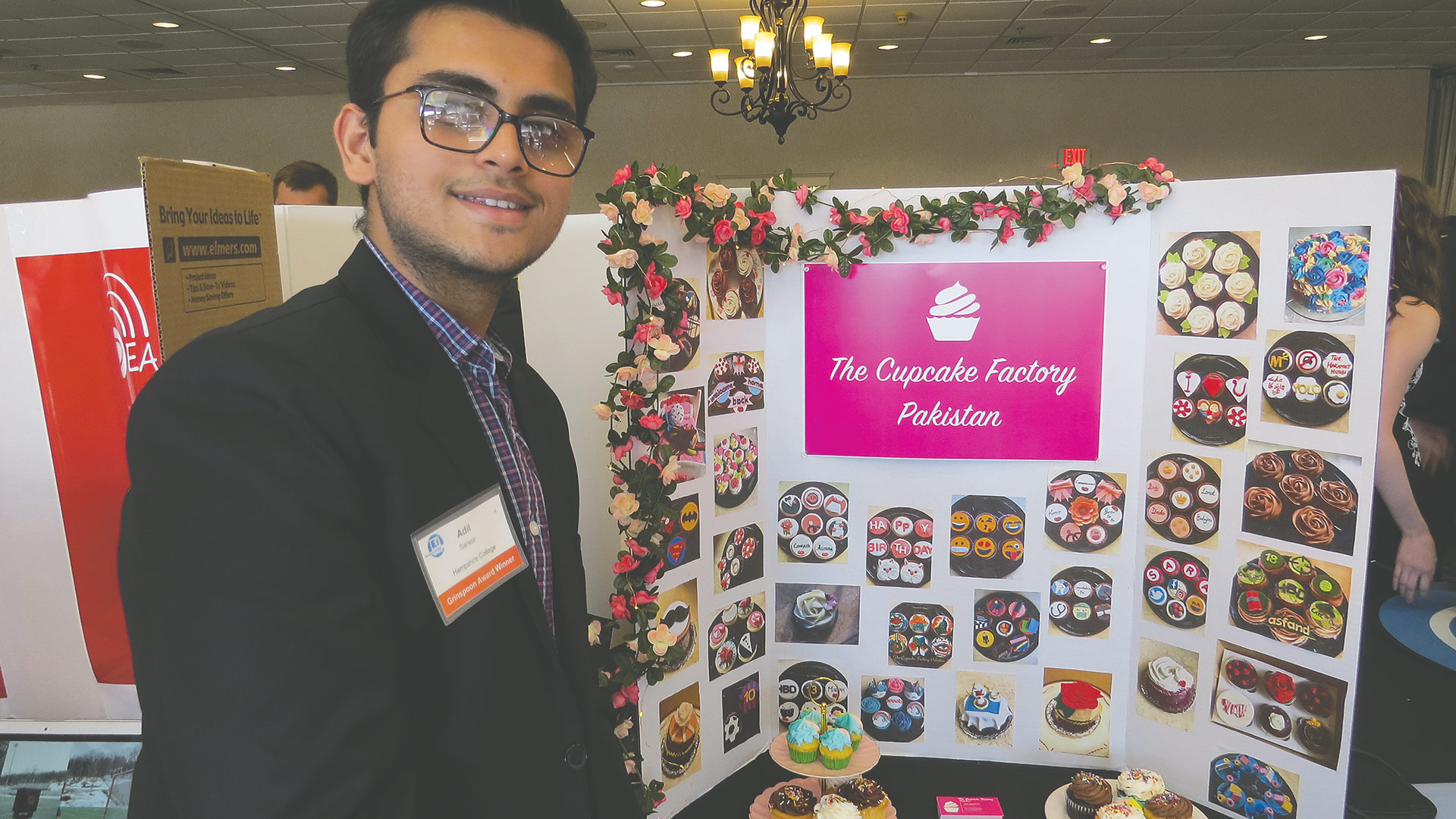 Square One staged its fourth annual Kentucky Derby fundraising gala on race day at Mercedes-Benz of Springfield. More than 210 guests turned out to watch the Running of the Roses, do some networking, and raise nearly $30,000 for early-education provider Square One. attendees watch as the horses head for the finish line 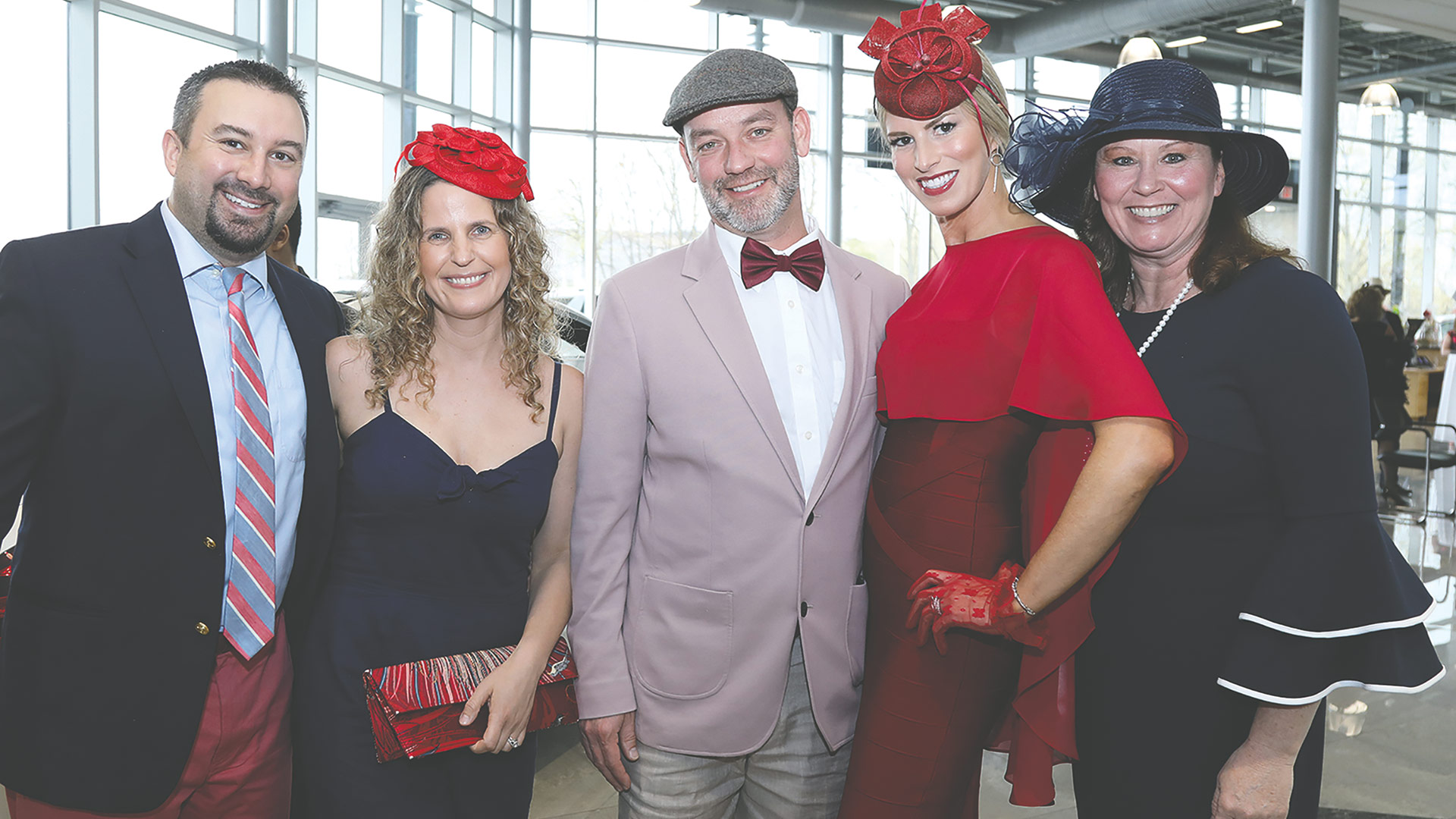 from left, Jeff and Laura Lomma, Andrew and Megan Hersman, and Dawn DiStefano 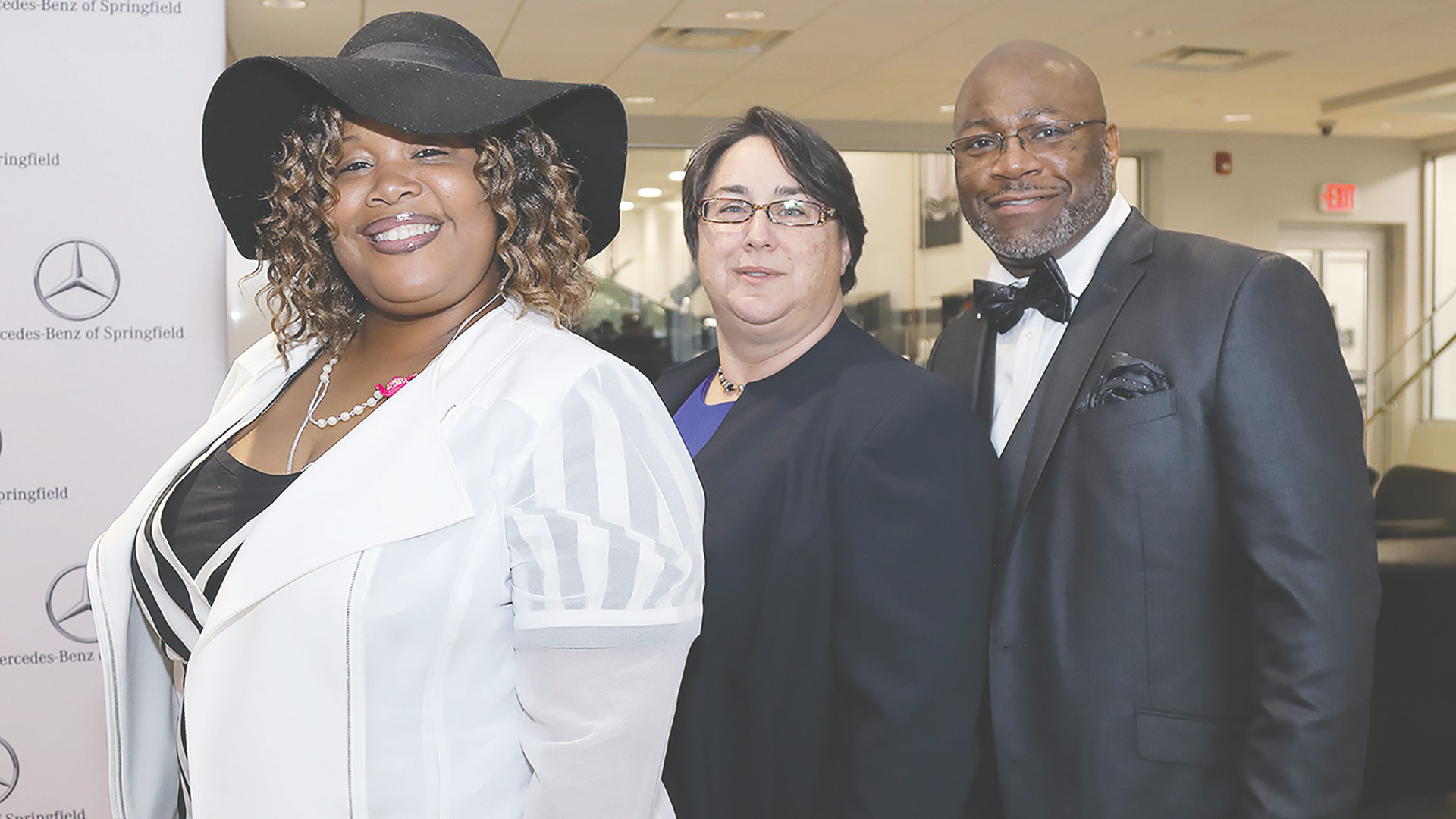 from left, Lakisha Coppedge, Margaret Tantoillo, and James Coppedge do some networking