The white rabbit in Fablewood, a social game played on Facebook, is a fan favorite, says Paul Hake.

Aaron St. John says there are “three legs of the stool” that make a region fertile ground for businesses — and entire industries — to take root: access to talent, quality of life, and access to capital.

Until recently, he said, the perception among high-tech firms was that the Pioneer Valley had the first two in spades, but would always be trounced by the likes of Cambridge, New York, and Silicon Valley when it came to capital.

That perception is changing, he told BusinessWest, and HitPoint Studios is exhibit A.

The video-game-development company that he and Paul Hake started in 2008 has grown exponentially from its humble beginnings and now employs about 35 people. Based first in Greenfield, then Hatfield, and most recently in Amherst, the firm relocated to downtown Springfield last week, thanks to a commitment of $1.25 million by area investors to keep HitPoint local at a time when Boston and California were calling.

“Our entire round of funding is from the Valley,” St. John said. “We’ve had access to talent and good quality of life in this region — it’s a good place to live. But access to capital has been a challenge for this area. So I think it’s really encouraging that we didn’t need any outside funds.”

These investments in HitPoint’s future — about 40% of it from MassMutual’s Springfield Venture Fund and the rest from members of River Valley Investors — is a sign that the Valley’s reputation in this regard might be changing. The Venture Fund requires recipients to base their operations in Springfield, but regardless, St. John believes the city’s downtown is a natural spot for HitPoint to grow. 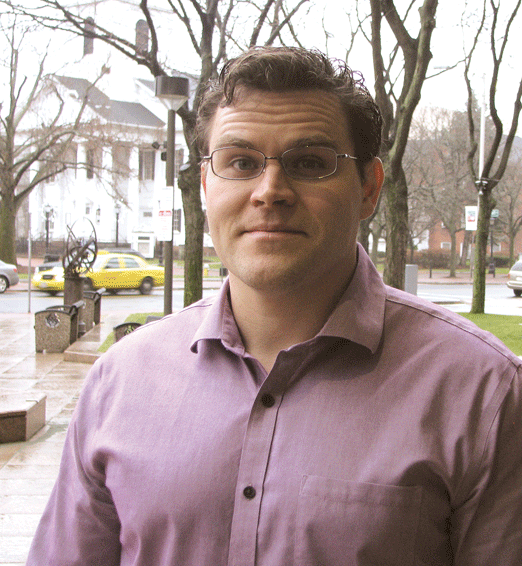 “Seeing all the entrepreneurship taking place in Springfield is very encouraging in a business where we rely on being innovative and finding creative solutions,” he said. “Being engaged by a city in that way, we got the feeling of an open door, of Springfield rolling out the red carpet, and asking, ‘what can we do?’ We felt this would be a good place for HitPoint.”

As they packed up boxes for the big move to the City of Homes, St. John and Hake talked with BusinessWest about what the move means for their company — and for the gaming industry in general.

HitPoint’s founders traveled different roads to their eventual partnership. St. John’s older brother was an executive at Microsoft who introduced him to some of the big names in the game industry, and by age 16, he could see that making games — something he was passionate about — could be a viable career.

While still a teenager, on summer break from Earlham College in Indiana, St. John found himself interning for Monolith, a then-fledgling game company which is now one of the biggest online game portals. The company solicited game ideas from its people and got more than 100 back; of the three ideas deemed best, two were submitted by St. John. He was quickly hired on full-time.

That experience led to the development of Sanity: Aiken’s Artifact, which was brought to market by Fox Interactive. Later, St. John returned to his native Bay State to finish his degree at UMass Amherst; he launched his own design company, Golden Goose Games, soon after.

Hake, on the other hand, didn’t grow up playing video games; in fact, he wasn’t allowed to play console games at home. But he got hooked on computers after his father brought home an IBM PS2 and started teaching him how to program. Soon after, the family got another computer and a few PC games, and he played them all the time.

At UMass, he got more into gaming — not just playing them, but making them, using his programming background and the classes he was taking to build his skills in that arena. When the results of one assigment — he created a scrolling game with flying and shooting features — was particularly well-received, he decided this was what he wanted to do with his life.

So, after college, Hake landed a contract position with the Tiger Electronics division of Hasbro Toys. Eventually, he gained enough experience and contacts developing games that he was able to launch his own company, Paul Hake Productions, in 2004.

Having both attended UMass for a spell, the pair worked together casually from time to time and decided to go into business together in 2008. They began with eight employees — four from each company — but soon saw their enterprise take off.

HitPoint has long specialized in four lines of business: branded entertainment, which are games designed for companies’ Websites; casual games, which are also typically work-for-hire projects; social games, typically played through Facebook; and independent games, which the company designs and distributes on its own — a niche St. John and Hake have been working to expand.

Not that partnering with other companies hasn’t been lucrative.

“We were a first-party partner with Microsoft, one of two they chose to work with. We were developing their strategic titles for launch of Windows 8; we did about 12 titles for Microsoft, all featured in the App store, all top-grossing and top-ranked,” St. John said. “Then, just this past year, we worked on a product with Dreamworks to promote How to Train Your Dragon 2, a map-based explorer game, where you fly a dragon over a real, updating GPS map.”

In addition, HitPoint boasts several social games on Facebook — including Fablewood, Seaside Hideaway, and Jane Austen Unbound — with another set to release soon.

Facebook games and many mobile games are free to play, but are often monetized with ‘punch points’ in the game where there’s a significant time investment to get to the next level — and an option to get past those punch points faster by paying. The biggest hits of the genre can be extraordinarily lucrative. And with most people now playing games on their phones, mobile platforms represent an area of the gaming market that’s only expected to continue its surge in popularity.

Designing and developing each game is a painstaking process involving programmers, gameplay designers, graphic artists, sound specialists, and others. To coordinate them, St. John and Hake adhere to a software-development process known in the industry as ‘scrum,’ in which phases of a project are broken into short ‘sprints’ with specific goals. It’s the reason HitPoint can keep upwards of 15 projects in the air at one time.

Each must undergo a process of risk assessment and profit projection before being greenlit, which involves determining what’s achievable in the amount of time available and whether a project complements the company’s strategic goals — goals that will now turn heavily to independent projects, starting with a new product set to launch in the second quarter of 2015; they’re hush-hush on the details right now.

“We want to be focused around our own titles,” St. John said. “We work with other companies — we’re continuing our relationship with American Family Insurance, with one of the biggest insurance-based games, and we have relationships with some of the larger companies in the industry, like EA and a large Japanese company. But most of our effort is spent on games we’re launching and maintaining ourselves, where we own the game and the infrastructure.”

They’ll be entering this new phase in downtown Springfield — One Financial Plaza, to be exact — during a time of bustling activity in the neighborhood, with class A tenancy rates up in the towers; investments by a host of companies as well as UMass, Bay Path University, and Cambridge College; and, of course, the $800 million MGM Springfield casino set to open in 2017.

It definitely represents a more jarring change than HitPoint’s last move, from a retrofitted barn in Hadley to digs on University Drive in Amherst.

For that last move, “we mostly wanted to get out of the barn,” Hake said with a laugh. “It was getting a little old and crowded, and during the past few years, we’d been building up our own properties, including the suite of games on Facebook that we own and a couple of games on mobile as well.”

Then, starting early last year, he continued, “we discussed raising capital to continue our independent growth, and as part of that, we’re making this move to Springfield.”

St. John said there’s no reason why Springfield can’t be an attractive spot for companies such as his. “There’s easy access to [Bradley] airport, and we have several people that live close to Boston, who have much easier access to the office. I’m excited about all that. With the new-product innovation we have planned, we expect to grow quite a bit out of Springfield over the next two or three years.”

St. John has always been loath to look beyond Western Mass. as HitPoint’s headquarters, saying the the region’s colleges provide a solid pipeline of talent.

“We’ve gotten a lot of mileage out of being in Western Massachusetts,” he told BusinessWest. “Frankly, the game industry is pretty competitive, especially the competition for talent. We don’t have a warehouse, we don’t even have physical goods that we sell; the value of this company is in the people who work here. And the kinds of people we have to attract find the Valley a phenomenal place to live.”

He recognizes that being among the biggest players on the regional game-development block gives HitPoint, access to some of the top talent graduating from the region’s colleges and universities, but he also believes that, should the Valley become a hub for game developers as he believes it can, there will be plenty of talent to go around, because out-of-staters will be drawn by the quality of life. “We’ve found people who want to live here, people willing to move from California, New York, Texas.”

The question, though, is can Western Mass. realistically become that video-game hub?

“That’s certainly my hope,” St. John said. “We’re hoping we can engage other entrepreneurs in area schools to look at the gaming industry, start game companies, and make their own games.”

He said HitPoint has been active with area colleges, and hosted two ‘game jams’ last year, at which students, with the help of faculty and HitPoint staffers, designed games for 24 hours straight.

“We saw a lot of talent and actually hired some people from those events; we’ve seen a few of them start their own projects on Kickstarter, things like that,” he noted. “It’s our hope — assuming we’ll be a successful presence in the area — that we’ll see a change in the perception students have about this area.

“That was certainly my perspective,” St. John continued. “I grew up in Amherst, and all I wanted to do was play games. We want to change people’s perceptions locally, but also change the industry perception, so people say, ‘why not Western Mass.?’” 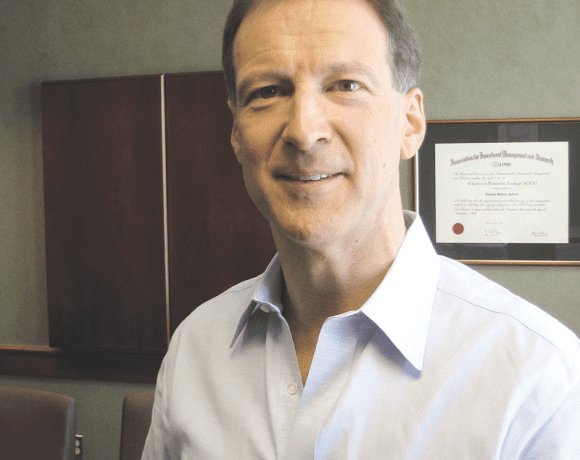