Road to Recovery Volunteers Are Passionate About Their Purpose 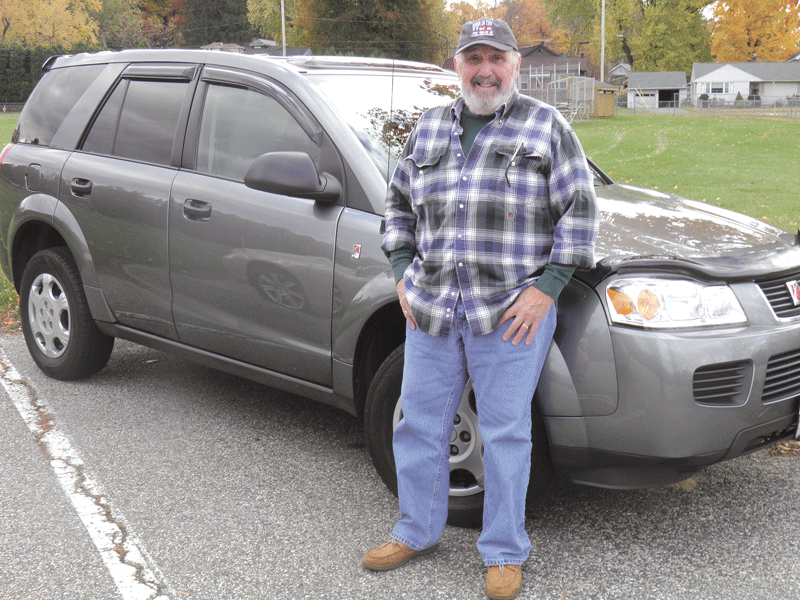 Al Parrow enjoys driving for the Road to Recovery program so much that he bakes cookies for patients and the people who work in the chemotherapy and radiation units.

When Al Parrow retired from his job at ADT Security Systems, he never imagined that, a year later, he would spend his days driving people he didn’t know to and from doctor’s appointments.

But the 70-year-old has become part of a team of dedicated volunteers who make a profound difference in people’s lives through the American Cancer Society’s Road to Recovery program. The initiative provides free transportation to people who have no other way to get to cancer treatments, and volunteers say the gratitude those patients express is more than enough payment for using their own vehicles and gas.

Parrow signed up as a Road to Recovery volunteer four and a half years ago after he began to get bored with retirement, and says he has been behind the wheel constantly ever since.

“I seldom say ‘no’ if they call me; I’ll drive five days a week if someone is without a ride,” he told BusinessWest as he spoke about the intangible rewards of the position. “Everyone is so appreciative, and they always thank you.” 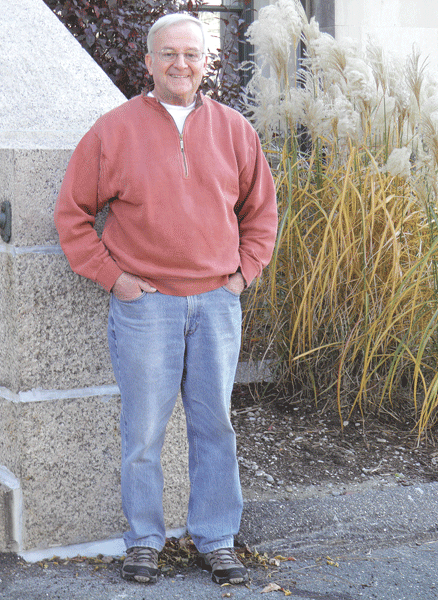 Gary Watson drives two to three days a week for the Road to Recovery program and has taken people as far as Boston for cancer treatments.

“I drove one man to his daily radiation treatments, and he didn’t speak English, so we couldn’t converse, but each time I picked him up, his wife stood in their front window and bowed to me,” he went on. “On the day of his final treatment, she came running out and gave me a big hug, then they stood together and bowed in the rain while I drove away. It is the highest sign of respect. Little things like this mean so much, and volunteering is uplifting because everyone you meet is so grateful. The rewards are phenomenal, and it’s worth every trip every day.”

Gary Watson could not agree more.

He’s been a Road to Recovery driver for more than six years, and enjoys it so much that, when he was unable to drive after surgery, he worked from home as a program coordinator. But once he regained his strength, he got behind the wheel again, because he finds the personal interaction very satisfying.

“I started doing this because I wanted to do something after I retired that would be rewarding and allow me to meet wonderful people,” said the 73-year-old, explaining that, when he saw an item in the newspaper seeking drivers for the program, he knew it would be a good fit, because he has known many people with cancer and is a good driver.

Although the majority of volunteers take people only to appointments at local hospitals, sometimes a patient needs to go to Boston for a second opinion or specialized treatment or procedure, and Watson is always willing to go the distance.

“I knew there was a need for long-distance drivers, and it was something I was willing to do,” he said.

Several years ago, the Springfield resident was recognized with a Driver of the Year Award, but he told BusinessWest to downplay the honor. “I’m just so glad there is a program that offers a service like this for folks who truly need transportation. They’re very grateful,” he said.

Indeed, that’s exactly how Betty Swanson feels. “I don’t have any family whatsoever, and I wouldn’t be able to get to my treatments without this program,” said the 78-year-old. “I’m a widow, we never had children, and I don’t have any siblings. I do have a car, but haven’t been able to drive since I had surgery last December.”

Parrow has given her many rides, and she enjoys his sense of humor. “He is such a nice man and keeps me in stitches all the way to my appointments. When we arrive, he gets out of the car, opens the door, and comes into the building with me. I tell him he doesn’t have to do it, but he takes my mind off of things,” she said.

Karen Mernoff , Road to Recovery coordinator for Hampden and Franklin counties and the South Shore of Massachusetts, says comments like Swanson’s are typical.

Drivers in this program often ease people’s troubles simply by their willingness to help, she noted.

“We can’t cure people’s cancer, but we can make their life easier during treatment,” said Mernoff. “Most of them don’t have family in the area, and many elderly people have stopped driving.”

It is for these reasons and many others that the Road to Recovery program, which has been operational for many years, is currently in dire need of volunteers who are able and willing to transport people to chemotherapy and radiation treatments or procedures.

“We recently had to turn people away who were desperate for a ride, and some had to miss their cancer treatments as a result,” Mernoff explained.

Michele Dilley urges people who are interested in volunteering to call the American Cancer Society at (800) 227-2345. “I truly believe this is a life-saving program for people who don’t have family nearby,” said the ACS program manager for mission delivery in the Bay State.

Background checks are conducted on all potential drivers. But anyone who is 18 to 85 with a clean driving record, a reliable and insured vehicle, and a desire to help is welcome.

Referrals come from social workers or patients who call the ACS, and Mernoff said she does her best to match drivers with people who live near them to reduce the time they are on the road.

She told BusinessWest about an elderly patient who was taking two buses to get to chemotherapy, and added that it hurts to have to tell people there is no one who can give them a ride. And since many volunteers are seniors and go south during the winter, the need for help increases at this time of year.

Volunteers are free to drive as little or as often as they want, and if someone is having a hectic week, it’s perfectly acceptable to say they aren’t available.

“There are no penalties, and people can take breaks or vacations whenever they want,” said Mernoff. “We are very flexible, and if something comes up and someone can’t drive or has to take time off for a personal matter, it’s fine.” 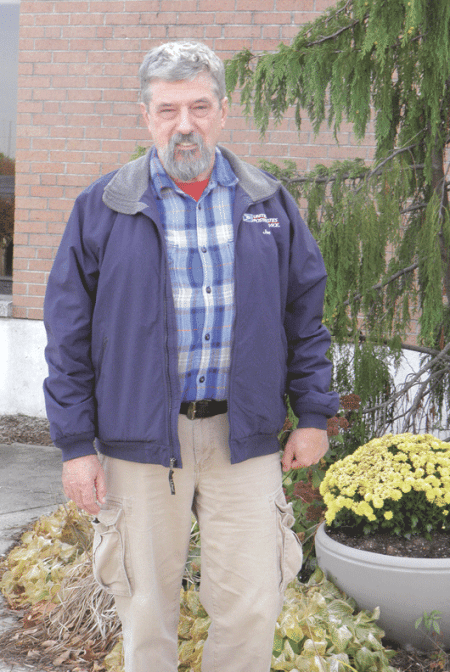 Joe Audette says volunteers for the Road to Recovery program perform a valuable service in the community.

In most cases, volunteers take someone to an appointment, bring them home, and are able to return to their own home within an hour.

“Sometimes the person just needs to go for blood work. But if they didn’t have the ride, they couldn’t get it done, which is why our program is so critical,” she continued. “But we don’t expect people to go out in a snowstorm or really bad weather.”

Still, some drivers are so dedicated, they will do their best to get patients the care they need, even in inclement weather.

Joe Audette is one of them. After retiring from a 42-year career with the U.S. Postal Service and thinking about volunteering at a hospital, he discovered the Road to Recovery program.

“I like to drive, like meeting new people, and wanted to give back to the community,” said the 69-year-old.

He has driven patients to and from appointments for the past three years.

“I’ll drive anytime unless the weather is so bad that they cancel everything; some people are in treatment every day or every other day, and the ACS tells you how long the appointment is likely to be,” he went on. “It’s interesting, and you meet some really nice people. I’m not much of a talker, but I try to cheer them up by keeping the conversation light and commenting on the weather or the way people in cars around us are driving. I stay in the office once we arrive because they might get done early or need an extended amount of time. And it feels so good when they thank me.”

Audette has also gone above and beyond for some people. For example, a man he drove was upset because his prescription wasn’t ready at the pharmacy when they arrived after his appointment. So, although Audette knew it wasn’t part of his job, he offered to pick it up later. “I wanted to ease his worries,” he said.

In another instance, a woman accompanied her husband to the treatment, but told Audette there was no need for him to stay while her spouse had a procedure.

“But she changed her mind, and when it was over, she told me she was glad I was there. She would have sat in the waiting room for several hours by herself, and you never know what’s going to happen or what’s going on in someone’s mind,” Audette said. “I’ve had surgeries and always had family members or someone there to pick me up. I knew I wasn’t alone, and don’t want anyone else to feel that way.”

He has been invited into people’s homes, and at least one family has offered him something to eat. But that rarely happens and is not something he’s comfortable with. But he loves the interaction that occurs while he drives.

“One lady was Russian and didn’t speak any English. So we used hand signals to communicate, and when we got to the hospital, we were laughing,” he recalled.

He added that, although some of the people he has transported have their own cars, they can’t drive because of medication they are taking, and often don’t want to take a bus because their immune systems are compromised.

Occasionally volunteers and patients get to know one another well enough that the patient requests that particular driver when they need a ride again. “But it’s not necessary to form relationships with the people you transport, and we don’t expect it to happen,” Mernoff said.

Parrow is extremely outgoing, and has laughed and joked with patients.

“I’m a cribbage fanatic, and since I usually wait for the patients, when I found a lady who also liked the game, we played during her chemotherapy treatments,” he told BusinessWest.

Parrow has also encouraged people to continue with their treatments when they tell him they are discouraged and feel like stopping.

“And because I like to cook, I bake cookies and give them to the patients and people who work in the radiation and oncology units,” he continued. “Not everyone has to do as much as I do, but I lost my mother to cancer more than 30 years ago, and if she was still alive and sick, I hope someone like me who enjoys driving would give her rides.”

In addition to losing his mother to cancer, Parrow has also lost a brother, sister-in-law, and niece. He finds the volunteer work meaningful and brings different types of music on CDs to suit the tastes of those he’s driving. “Everyone doesn’t have to do these things,” he said. “But I really enjoy this.”

Audette expressed similar feelings. “I feel good about doing something useful for someone else, and hope I give each person a few minutes of happiness,” he said, explaining that they often laugh together.

But, enjoyment aside, this volunteer work makes a profound difference.

“I can’t tell you enough how important this is,” Swanson said. “I have no other way to get to my appointments and no one else I can count on. This program is a lifesaver, and I appreciate it so much.”