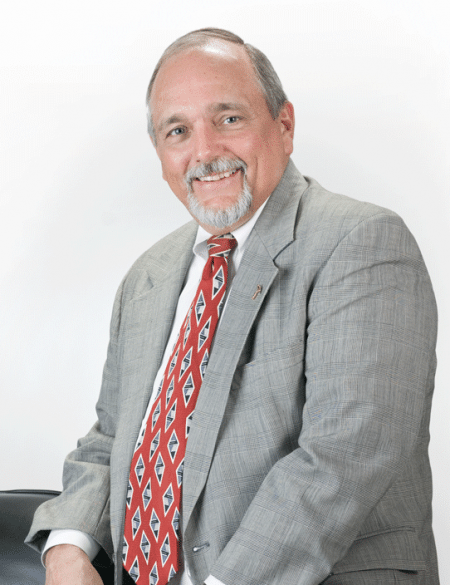 Robert Perry admits that he’s not much of a handyman.

So he makes no apologies for the fact that, over the course of more than a decade’s work with Greater Springfield Habitat for Humanity, he’s probably spent three or four days “working,” at least by his estimation.

And while others would disagree with that math — they say Perry enjoys getting his hands dirty and is always ready, willing, and able to pitch in — they usually don’t quibble with his numbers, or his leadership, for that matter.

That’s because Perry’s contributions usually haven’t been with a hammer, shovel, or level, but rather with a telephone, gavel, and calculator. A quasi-retired CPA — ‘retired partner/consultant’ with Meyers Brothers Kalicka, P.C. in Holyoke, to be more exact — Perry spent an unheard-of seven years as president of the organization’s board (“I wasn’t smart enough to find a replacement”) while also serving as treasurer.

He said that, instead of framing, tiling, or putting up sheetrock, his main contributions to Habitat’s mission have come in the form of leadership, organization, fund-raising, finding and cultivating sponsors, and keeping track of the financial details.

Those who have worked with him over the years would say that he and his wife (Bob and Bobbi to those who know them) have provided something else — hefty amounts of inspiration. A large dose of it came in late 2008 when, in conjunction with their 35th wedding anniversary, they donated and raised $35,000 each toward the construction of a Habitat home in Monson.

Perry said there was a was good deal of serendipity, or symmetry, to that project — it was the 35th house built by the Greater Springfield Habitat group, and it was dedicated on Valentine’s Day in 2010. And, overall, it was an appropriate way for he and his wife to give back and celebrate all they’ve been able to enjoy together. “We’ve had a lot of good things happen in our lives.”

Meanwhile, the overall experience with Habitat has been perhaps the best example of how, through more than 30 years of work within the community — here and elsewhere — he’s sought out opportunities where the results are visible and significant. It was this way with his work at Big Brothers Big Sisters in Framingham much earlier in his professional career, and also with his recent efforts mentoring students at Putnam Vocational-Technical High School in Springfield.

“That’s the essence of Habitat for me,” he continued. “We all know we’re doing good when we donate to cancer or when we take part in the breast-cancer walk, or take part in Rotary, but it’s a little more difficult to connect the dots. And that’s one of the big benefits of work with Habitat; you truly get to see that every day.”

Recapping his professional career and work in the community, Perry said they’ve dovetailed nicely. He told BusinessWest that he was always drawn to accounting work, and, after graduating from Northeastern, he went to work for Alexander Grant in Boston. After a stint as a CFO for a textile manufacturer in the late ’70s, he went to Greenberg Rosenblatt in Worcester, and later, when that firm bought an accounting practice in Springfield, he was transferred here to run that operation. After a few years as a self-employed consultant, he went to work for Meyers Brothers, which merged with the Kalicka firm in 2003.

Today, Perry is what one colleague, also semi-retired, calls a “partner emeritus.” He says he spends about 500 hours a year as a consultant — 250 during the three crunch months of tax season, and the balance spread out over the remainder of the year. The rest of his time is devoted to a few passions, but especially golf and community service.

He and Bobbi are members at Wilbraham Country Club (he’s a 16 handicapper and she’s a 20), and they play together frequently. As for the community-service piece, it’s been a career-long constant, inspired in part by Bobbi’s work with deaf children and their families.

Perry spent several years as a member of the Exchange Club that serves Longmeadow, East Longmeadow, and Wilbraham, but found he wanted to be more on what he called the “front lines” of community work. He looked for ways to address this desire, and found one when friend York Mayo, then-volunteer president of Habitat for Humanity, recruited him to look at the group’s finances.

Little did he know that he would soon work his way up to president and spend seven years in that seat, helping the organization “get to the next level” organizationally, as he put it, while also building three or four houses a year.

As for the house he and Bobbi helped sponsor for their 35th anniversary, Perry said, “sometimes, things just come together in a natural sort of way. “This was the 35th house. We saw it coming, looked at it, saw an opportunity to give back, and worked with some church groups to make it happen.”

He’s been making things happen with other organizations as well, especially the Greater Springfield YMCA, which he’s served on the corporate and finance boards, as chair of the audit board, and as co-chair of the Scantic golf tournament. He also involved with Springfield School Volunteers, and is currently in his second year of mentoring students at Putnam.

Mayo, summing up Perry’s contributions to Habitat and other groups, had this to say: “Bob has compassion for others. He converts his beliefs into action through hard work and relentless dedication. When he makes the decision to support an organization, he is the first to roll up his sleeves and get involved. He is persistent and never gives up.

“He is a critical thinker, learns quickly, and is a great listener,” Mayo continued. “His contribution to Habitat for Humanity is immeasurable. But Habitat is not the only recipient of Bob’s many talents. A partial list includes ReStore Home Improvement, the Red Cross, the YMCA, the Roger L. Putnam Technical Fund, and the Millbrook Scholars Fund for homeless high-school students.”

As for what he considers a lack of handyman skills, “I think it’s funny that I would get involved in a volunteer construction organization,” Perry joked, adding quickly that he believes he’s more than made up for that deficiency with organizational and leadership abilities.

And no one would argue with that point.