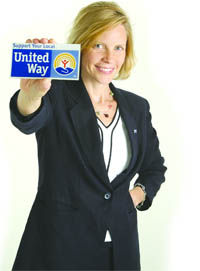 Sarah Tanner was on course for a career as a speech pathologist when a part-time job with a unique, student-run, nonprofit venture at UMass-Amherst started her in a different direction.

It was called the Peoples Market, a grocery store known for its coffee, bagels, fresh fruit, and loud music that could be heard in every corner of the Student Union building, said Tanner, adding quickly that it wasn’t so much what the business did, but rather how it was run that attracted her. “Everything was done by full consensus,” she said. “There were 26 of us in the co-op, and we got a consensus on everything, right down to where we got the apples we sold.”

Inspired by her work at the Peoples Market, Tanner would eventually pursue a graduate degree in Public Administration at the University of Colorado — she relocated to the Rocky Mountain State with her husband, Mark, the other half of the only husband-wife team to make the Forty Under 40 list — and a specific course of study in nonprofit management.

And she’s spent the better part of the past decade in various capacities with four different United Ways — the Mile High facility in Denver, New York City (where Mark served as assistant district attorney), Hampshire County (after the couple returned to Western Mass.), and, currently, the Pioneer Valley chapter. There, she serves as vice president of Resource Development, and oversees all aspects of the organization’s $6 million fundraising campaign.

As her career path would certainly indicate, Tanner is a true believer in the United Way mission. “What I like most is the potential that’s there to really make some systemic change in communities,” she said. “And at each United Way I’ve worked at, they’ve had a unique angle that they take, and it’s always been appealing to me.

“In New York, it was about helping people help themselves — they really pushed self-sufficiency, and it was really gratifying to be part of that,” she continued. 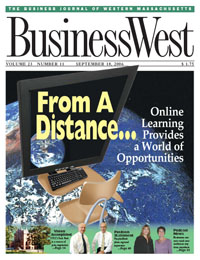 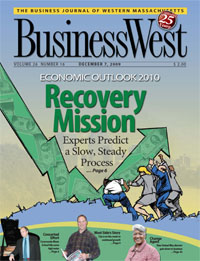