Some Cold Hard Facts on the Explosive Growth of Preferred Freezer

John Galiher was trying to do the math in his head.

The question was simple — ‘just how much ice cream can be stored in what is essentially an 8.2-million-cubic-foot freezer on Campinelli Drive in Westfield?’ — but the answer came in several ways, and as only Galiher, who started Preferred Freezer Services Inc. nearly 20 years ago, could do it.

“It’s about 40 million pounds,” he said, noting that weight is how this industry usually processes such information, “which corresponds to 1,000 tractor trailer loads, probably 3 million cases, or about 20 million half gallons — plus or minus a few.”

Those containers, shipped to every major supermarket chain in the country, bear some of the best-known names in the ice cream business, including Ben & Jerry’s, Breyers, Sealtest, Good Humor, and Klondike, said Galiher, adding that the cold storage industry is primarily about such large numbers. The two he is most preoccupied with are the company’s number of facilities — currently 18 — and total sales (roughly $130 million), which have been rising steadily since he started Preferred in 1989. And the upward trend will certainly continue in 2007, with several more plants, comprising more than 30 million cubic feet of freezer space, due to come online.

But this business is also about geography, said Galiher, which is what brought his company to Westfield. The city has direct access to the Mass. Turnpike and is close to I-91, he explained, and it has something most communities in the Northeast don’t — large tracts of permitted land, including one big enough for the company’s 150,000-square-foot freezer, which maximizes that footprint by climbing to 60 feet in height.

“So it’s really like a 300,000-square-foot building,” said Galiher, noting that there may soon be another facility built adjacent to it, as the company looks to take full advantage of the city’s location and infrastructure.

As it does so, it writes another chapter in the company’s history, and provides more evidence of a changing business landscape in Westfield. The former manufacturing center, once home to companies that made everything from buggy whips to paper to bicycles, is transforming itself into a distribution hub, with several giant warehouses or distribution centers (DCs) now doing business there.

CNS Wholesale Grocers has a giant, 15-million-cubic-foot freezer facility just a few hundred yards from Preferred’s plant, while plans are on the drawing board for a huge Target DC, also to be located on the city’s north side.

In this issue, BusinessWest looks at Preferred’s explosive growth, the reasons for it, and how the company is part of that changing scene in the Whip City.

There’s another number Galiher likes to toss around: –24, as in degrees Fahrenheit, the constant temperature kept within the Westfield facility.

That’s lower than most freezer warehouses, he said, conditions that are tough for employees (who are clothed to withstand that cold) but ideal for premium and super-premium ice cream, which have a higher fat content than regular offerings, and need it well below zero to preserve flavor and freshness. Minus 24 is actually colder than what’s required, Galiher explained, but trucks cannot maintain such low temperatures, so the added chill provides a needed head start for the products.

“If the product can start colder than it should be, it has a better chance of showing up at the distributor and the store with the quality and the hardness that the manufacturer wants to see,” he explained. “That’s the secret of that building — how consistently cold it runs.”

Such attention to customer needs has helped Preferred rise among the ranks of the nation’s, and world’s, largest public refrigerated warehouse companies, said Galiher, a former refrigeration engineer who, after working for one of the world’s largest industrial refrigeration companies, based in Malden, Mass., segued into the business of designing and building cold-storage warehouses.

He eventually started building them for himself.

Mixing his own capital with support from several silent partners, he formed Preferred Freezer Services. He started small — or at least with how small is defined in this business — with 23 employees, roughly $3.5 million in sales, and 1.3 million cubic feet of freezer space in a facility in Perth Amboy, N.J. The company now employs close to 1,000 people, has roughly 100 million cubic feet in its portfolio, and expects to more than double that number by the end of 2008.

As Galiher said, there are a lot of numbers in this business.

He started compiling them — as well as a track record for exceptional customer service — in the company’s first plant. That success formula led to continued growth and plants in several states, including New Jersey, California, Florida, Pennsylvania, and Illinois, as well as Massachusetts, which now hosts three facilities.

Many of the plants are in close proximity to major ports, including Boston, New York, Chicago, Miami, and Los Angeles, said Galiher, noting that these strategic locations allow easy access to major highways, and thus decrease transit time considerably.

How Westfield came onto the company’s radar screen is a mix of need and geography, he explained. In 2003, Preferred opened a 5.3-million-cubic-foot freezer warehouse in Raynam, Mass. that was utilized for frozen foods and other commodities, with another plant in nearby Sharon, opened years earlier, converted into an ice cream warehouse. As additional customers were added, that plant, with roughly 4 million cubic feet of space, was quickly outgrown.

After looking at several options, the company focused its attention on Westfield, which seemed to have the requisite ingredients in place — starting with location, available real estate (specifically a 35-acre parcel in the Campinelli Business Park), and a solid workforce from which to draw people for the challenging work in the plant.

The community is a little more than an hour west of several customers’ manufacturing facilities, including a Breyers-Sealtest plant in Natick, and maybe 90 minutes south of Ben & Jerry’s headquarters in St. Alban’s, Vt., Galiher explained. Those compass points, combined with available, permitted land, comparatively low energy costs — freezer warehouses consume huge amounts of electricity — via a municipal utility, easy access to major highways, and the existence of a major customer, CNS, right next door, made Westfield a logical choice.

High commercial tax rates, which exceeded those found even in California, were a drawback, he continued, but a tax incentive financing (TIF) plan made the deal doable.

The Westfield plant opened its doors in the fall of 2006, making it part of that ongoing expansion of the Preferred portfolio. The company has 18 plants operating, another seven under construction, and another nine in development, meaning the land has been purchased and plans for construction are proceeding.

Several plants are slated to open over the next few months, including ones in Philadelphia, with 7.5 million cubic feet; Atlanta, 6.6 million; Jacksonville, Fla., 7 million; Chesapeake, Va., 7 million; and Houston, 6.4 million.

Plans for a second plant in Westfield have not yet moved to the drawing board, but the question marking its construction is when, not if.

“We have some additional land there for such a purpose,” he said. “We prefer to build multiple independent facilities in a market, rather than simply adding on.”

By the end of 2008, the company should be able to move from its current fifth-place spot in terms of the largest refrigerated warehouse companies in the country up to second.

That’s the number that Galiher seems least concerned about at this point.

Actually, he told BusinessWest that if the company remains focused on all those other numbers — as well as the all-important factor of customer service, and keeping those building temperatures lower than they have to be — then the national ranking should take care of itself.

And those are the cold, hard facts. 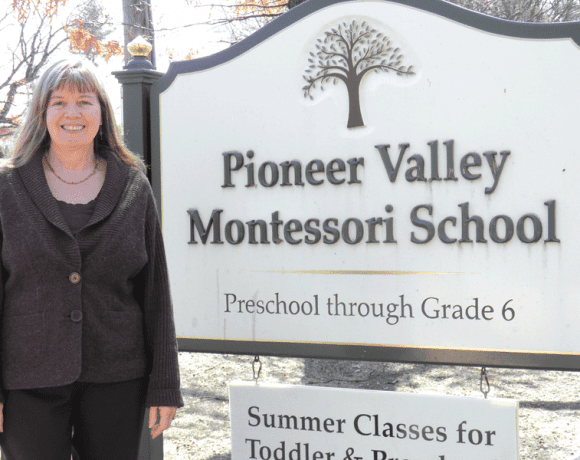