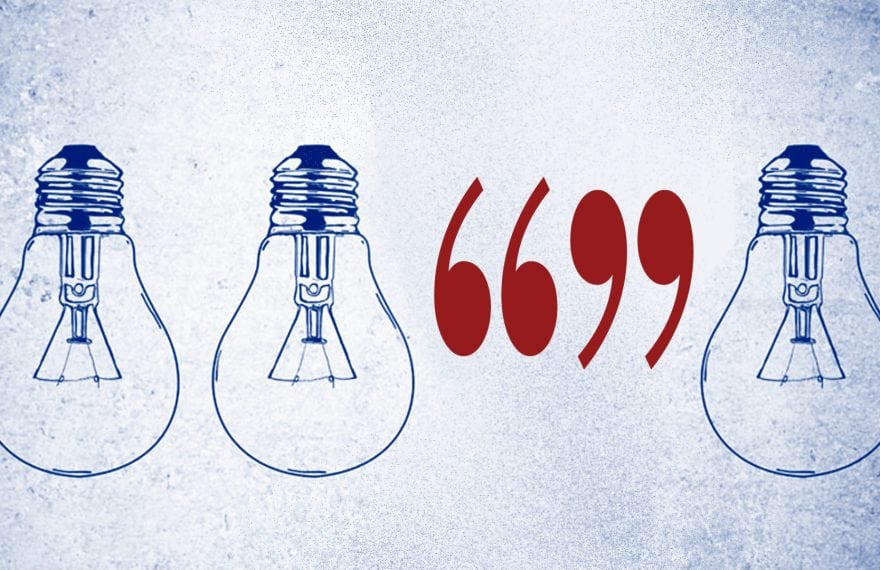 It is now not only the start of a new year, but also the beginning of a new decade. Maybe the last 10 years weren’t exactly your greatest, financially speaking. Maybe you are still dragging around an excess amount of credit-card debt, or you simply haven’t done a good job putting enough money away for retirement.

Whatever the case, the new decade can be different, and it starts with what goes on between your ears.

If you are really serious about taking control of your financial situation in the coming years, start by examining your relationship with money. Here are six changes to make when it comes to how you think about money.

Money Is Your Friend

If you have struggled financially your entire life, chances are you have a bad relationship with money. You may even see it as an evil force that you associate with greed or crooks. The more you see it as a negative, the harder it’s going to be to acquire any of it.

Start by changing your outlook on money, and see it for the positives it really presents, like possibility, opportunity, and freedom. Money isn’t everything, but it does make life easier.

Sadly, most people are stuck with the limited belief that they can only make so much money in a year. They’ve been led down this path by well-meaning but misguided people their entire lives who sold them on the notion that this is the way it has to be.

This is so untrue. In a free-market economy, you can earn as much as your heart desires. The key is solving problems for people. The more problems you solve and the more value you bring to the marketplace, the more money you make.

It Starts with Your Expectations

The majority of people believe the only way they will ever get wealthy is by guessing the lottery numbers or going to the casino. In the new decade, self-made millionaires expect to make even more money than they made in the previous decade, and there’s no talking them out of it.

“The more problems you solve and the more value you bring to the marketplace, the more money you make.”

You have to expect big things to happen, and this will make you bold, aggressive, and fearless in the pursuit of wealth. Even if you don’t know how it’s going to happen just yet, it starts with a belief that it will.

Most people use emotion when making financial decisions, and this is one of the worst things you can do. Self-made millionaires, on the other hand, use emotion to motivate them, but stick to pure logic when it comes to money.

Logic means not buying the million-dollar mansion that you can’t afford. Emotion is dangling that big house in front of you like the proverbial carrot in front of the rabbit to make you work harder.

Focus on Your Reason

Behind any defined goal there is always a reason. Why do you want whatever it is you are after? In this case, why do you want more money? Is it for your family? Do you want to take a big trip next summer? Do you finally want to be financially free? When you focus on your ‘why,’ it’s going to push you to take action in achieving those financial goals. Figure out your why and never take your eyes off of it.

Begin monitoring everything you say to yourself and others. When you talk about money, is the way you use your language programming you for success or failure? Next, begin listening to the way people around you use their language when it comes to money. Ask yourself the same question about them.

As we enter a new decade, make the decision to take control of your finances once and for all. Your thoughts and beliefs about money won’t make you rich on their own, but it all starts here.

If you are rich, keep thinking the way you are thinking. If not, it’s time to change the way you look at money in 2020 and beyond.

Steve Siebold is author of the book ‘How Money Works,’ and a self-made millionaire who has interviewed more than 1,300 of the world’s wealthiest people over the last 35 years; www.howmoneyworks.com