LUDLOW — Kelly Partridge has always wanted to write a children’s book. On April 1, after a year-long publishing process, that lifelong goal came to fruition. Her first book, How Owls Become Wise, a story that focuses on bullying and self-correction, is available for purchase online on Amazon, Barnes and Noble, and Walmart, with 10% of the book’s proceeds to benefit Unify Against Bullying.

Partridge is the founder of the philanthropic clothing boutique Contribution Clothing, which empowers women and supports the community through monetary donations to Western Mass. nonprofit organizations.

“I have been working with Unify Against Bullying since the inception of Contribution Clothing and have participated in their annual fashion show for a few years now,” Partridge said. “Through that, I have been able to witness first-hand the impact that they have made and love how they shine a light on the issue of bullying in our community.”

When she decided to write a book about bullying, Partridge knew she wanted to use it as a way to show her support for the Unify Against Bullying mission. “My hope is that children not only get something from the story I wrote, but can also get the support they need from Unify if they themselves are the victim of bullying.”

The idea for the book came to her one day in March 2020, and she was easily able to develop the plot and her character, Olivia Owl.

“Bullying is a topic that everyone has experienced one time or another in their lives, and I really wanted to bring awareness to it,” Partridge said, adding that equally important is the knowledge that everyone makes mistakes and that it’s okay, as long as they learn and grow from them.

Olivia Owl is an homage to her grandmother, with whom she bonded over owls as a child. “My grandmother and I always shared a love for owls. It was our thing. So when it came time to figure out who and what I wanted my characters to look like, it was a pretty easy decision.”

To bring her story to life, the first-time author teamed up with illustrator Stephanie Hider, whom she met through a children’s book networking group.

“I was drawn to her initially for her work, but she was also able to hold my hand a little throughout the process, which is what I needed,” Partridge said. “It was so much fun to see how Stephanie pictured my characters when reading the story. She and I pretty much had the same vision, so I was thrilled with how the final product came out.”

Partridge said she understands how victims of bullying feel and she hopes that her book can help both those who have experienced bullying and those who have inflicted it.

“When I was in elementary and middle school, I was always bullied for my height,” said Partridge, who went on to say that being picked on for something outside of her control made her grow insecure and that it took her a long time to overcome that and “love that I am a tall woman.”

At the same time, she said she has also bullied people, knowing it was wrong, but, like the character in her story, she did it to fit in.

“We all fall victim to peer pressure,” she said. “I feel that, in most cases, that is where bullying stems from, which is why I wanted to address it in my book. It doesn’t matter what anyone thinks of you. You are your number-one priority in life. If you are happy, then whatever anyone says doesn’t matter. Just continue to be kind.”

Partridge founded her online boutique with a focus on empowering women and supporting the community through monetary donations to Western Mass. nonprofits. Since her grand opening last June, she has worked with Bay Path University to develop an annual scholarship fund, created partnerships with several nonprofits, and provided monetary gifts to Dress for Success, Empty Arms Bereavement Support, Ovations for the Cure of Ovarian Cancer, and Safe Passage, all the while fundraising for events and promoting messages of empowerment to audiences of women and girls. 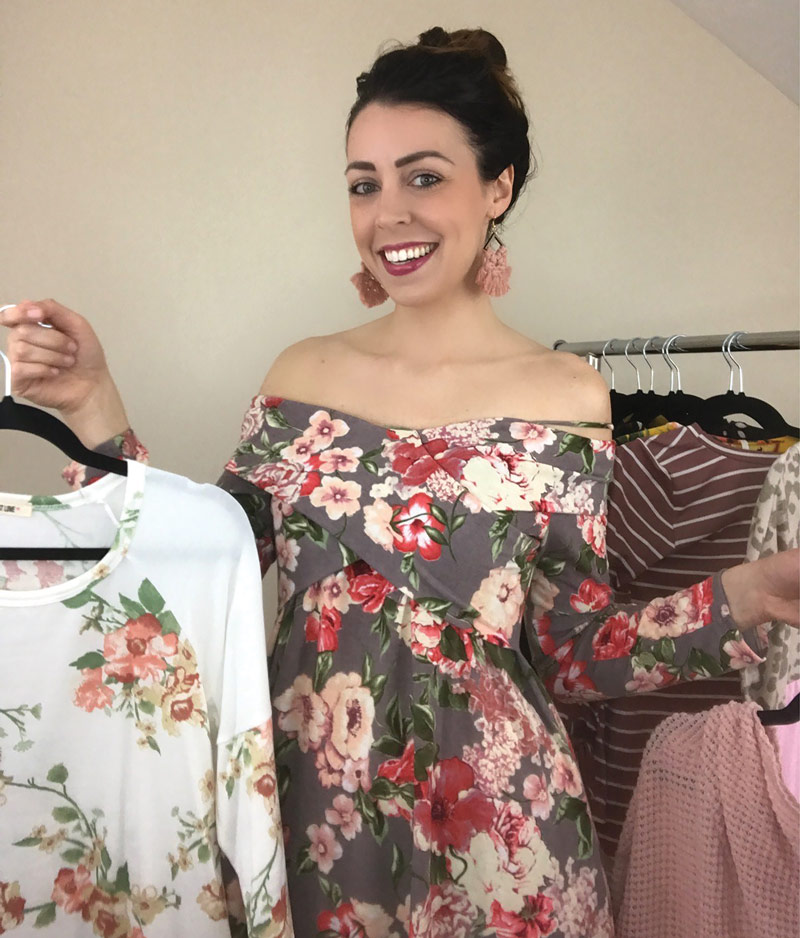 What did you want to be when you grew up? When I was younger, I wanted to be an artist. I even dabbled in graphic design in my 20s, but it really wasn’t for me. However, I will say they are great skills to have as a business owner.

What’s been your biggest professional accomplishment so far in your career? Launching contributionclothing.com has been my biggest professional accomplishment so far. Starting a business is terrifying, and I was able to overcome that fear, take my passion for social justice, and create a mission-driven boutique that partners with some amazing local nonprofits. I’m excited to see it grow and to see the impact it can make within our community.

What goal do you set for yourself at the start of each day? This doesn’t always happen, but I really try to focus on self-care. Life gets busy, and it is really easy to get wrapped up in all the to-dos. Caring for myself first needs to be a priority.

Who inspires you, and why? I can’t choose one person. I would have to say anyone who has the ability to rise from a negative situation with a positive attitude and a goal of making themselves better because of it.

What person, past or present, would you like to have lunch with, and why? My great-grandmother, Della, who passed away when I was a teenager. She grew up during the Great Depression and rarely talked about her life. I’d love the opportunity to know more about her, and my family’s history.

What actress would play you in a movie about your life? I really like Sophia Bush and what she stands for. She’s a big advocate for female empowerment, education, and environmental rights. I think it would be really cool to be represented by someone like her.