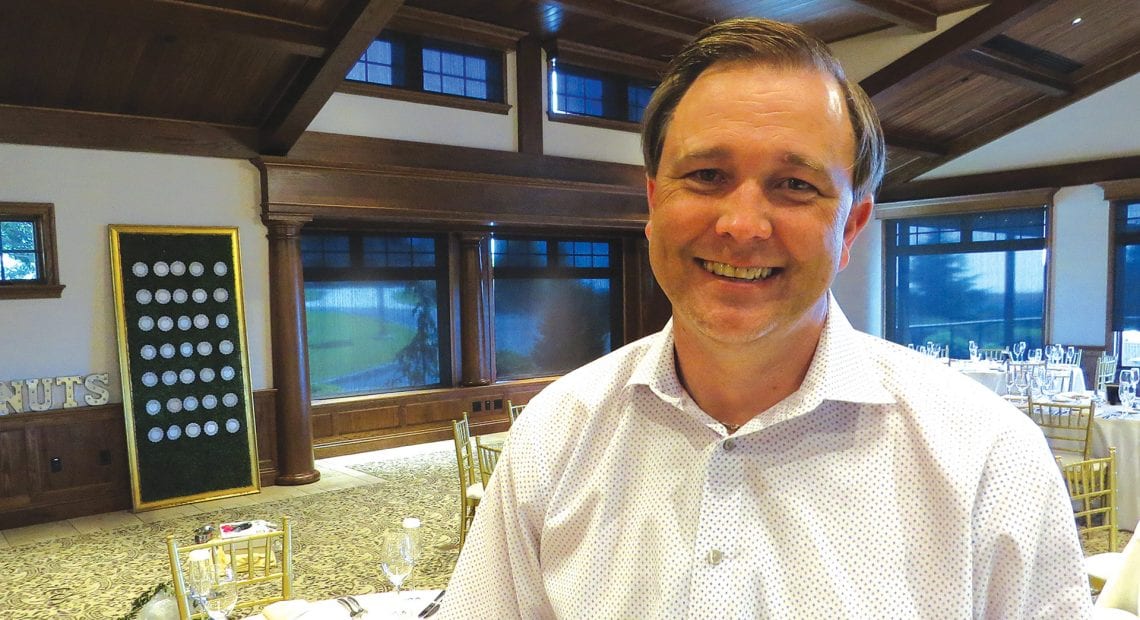 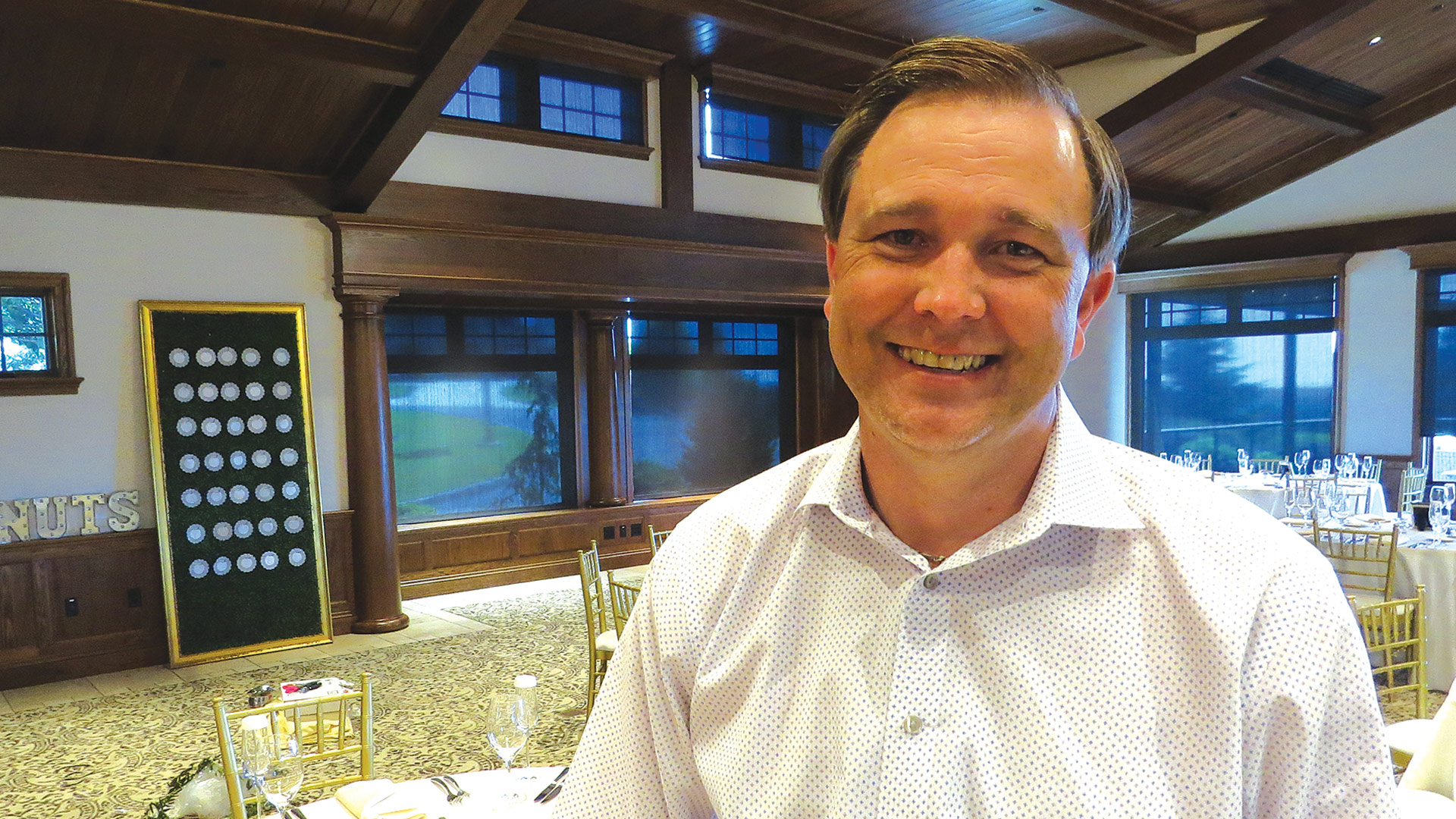 Greathorse GM Bryan Smithwick is optimistic about the last two quarters of 2021, but, like all those in the hospitality sector, he has real concerns about the process of staffing up.

Bryan Smithwick believes he’s like most business owners and managers in the broad hospitality sector when he says that the news of the accelerated timeline for fully reopening the state was greeted with a mix of excitement, anticipation, and trepidation.

The first two elements are a function of just how bad 2020 was — we’ll get to that in a minute — while the third is obviously a reflection of a labor market the likes of which even those businesses owners with several decades of experience have never seen before.

“It’s like … great, we got the green light to go ahead and reopen and start hosting large audiences,” said Smithwick, general manager of the Starting Gate at GreatHorse, the high-end private golf club in Hampden. “But the labor market is so challenging right now. It’s awesome that the deadline was moved up, and moved up so significantly, but I think businesses thought they would have more time to plan, more time to really get their employees re-engaged with work — those employees who had been laid off — and even find new employees.

“The time frame was greatly reduced,” he went on. “And in the post-COVID world — I think I can say we’re in the post-COVID world now — that’s the greatest challenge we face, finding employees and getting geared up. We’re going to execute well over 80 weddings in 2021, and finding staff that can meet the business levels and get prepared is something we’re really struggling with right now.”

Looking back on 2020, Smithwick said it was certainly a great year for the golf business.

Indeed, while play was up at the public and semi-public courses, the private clubs benefited as well, with individuals and families deciding that, if they couldn’t travel, they should invest in a country-club membership.

That was certainly true at GreatHorse, which opened in 2015.

“For people who had been contemplating private-club membership, COVID really was the stimulus that made people take a hard look at all that private clubs have to offer,” he noted. “The safe-haven effect, and the relevance of clubs, was certainly strengthened during that emotional time, and we saw tremendous growth in our membership at GreatHorse, and we’ve continued to see that into the first and second quarters of 2021; we’ve really grown that side of our business.”

Unfortunately, the same could not be said of the banquet and event side of the ledger, one that has become an all-important part of the portfolio at the club.

“It’s awesome that the deadline was moved up, and moved up so significantly, but I think businesses thought they would have more time to plan, more time to really get their employees re-engaged with work — those employees who had been laid off — and even find new employees.”

Pretty much every event that was on the books after March 2020 was canceled or, in the case of weddings, pushed back a year or two, said Smithwick, adding that it was a year of “emotional conversations” with clients (and especially brides), pivoting, and trying to make the most of an extremely difficult time.

“We were only able to execute about 15% of the weddings that we had planned in 2020,” he told BusinessWest. “We were able to salvage the overwhelming majority of our weddings and shift them into 2021 and some even into 2022, but, overall, it was a lost year for revenue on that side of the business.”

While the outlook for this year is gradually improving, the shifting of those weddings slated for 2020 consumed a number of the dates in 2021 — and some in 2022 — limiting the overall revenue potential of this year and next, said Smithwick, adding quickly that projections are for a solid balance of the year — even if most weddings will not increase in size in proportion with the loosening of COVID restrictions — and an especially strong fourth quarter, with the anticipated return of holiday parties.

“It’s nice to know that we will have an opportunity this year to secure some December revenue,” he noted. “Without holiday parties, December can really be a soft month.”

But while the general outlook is positive, some question marks remain concerning the ‘new normal’ and challenges when it comes to making a full recovery, especially in regard to staffing.

Returning to that subject, and speaking for everyone who shares his title or something approximating it, Smithwick repeatedly stressed that finding and retaining good help is the most pressing issue facing those in this sector, and one that has made this transition into the new normal exciting but also daunting on several levels.

Taking a deep dive into the matter, he said a number of factors influence this problem. That list includes veterans of this industry (servers, bartenders, even managers) simply leaving it for something else during a very difficult 2020, generous unemployment benefits that have made sitting on the sidelines even when jobs are available an attractive proposition, and difficulty with bringing on interns from overseas, something GreatHorse had done with great success prior to COVID.

“Traditionally, we would work with J1 students from South Africa to England,” he explained, referring to the visa program that offers cultural and exchange opportunities in this country through initiatives overseen by the U.S. State Department. “With COVID being a world pandemic, we have not had access to the students looking to do internships in the hospitality sector; we’re really hit a roadblock with every avenue we’ve chosen, from job fairs to working with local hospitality schools to putting referral bonuses in place for existing employees.

“It’s tough, really tough. I’m not going to lie — it’s the most suppressed labor market for hospitality that I’ve seen in my career,” Smithwick went on. “Our staffing levels are not where they need to be; we’re just not having much success finding servers and bartenders, which is the key for our business model here.”

That’s why an otherwise joyous and exciting time is also being met with a dose of trepidation on the side.