The Time Is Right

As the economy gains strength, Rob Pion says, many people are trading in older cars and trucks for new and pre-owned vehicles.

“The car market as a whole is strong right now, but it’s especially true for used vehicles,” said the general manager of Bob Pion Buick GMC in Chicopee, noting that sales have changed significantly in recent years due to Internet advertising, which gives shoppers endless choices and the ability to locate and purchase a pre-owned, certified car or truck with an excellent warranty.

“We’ve had buyers fly here from Indianapolis and Las Vegas to pick up a vehicle,” he noted. “We shipped a used car to a buyer in Louisiana, and last year, a couple drove a 50th-anniversary Corvette here from Minnesota, traded it in for a 60th-anniversary model, then drove it back home.”

Other auto dealers note the same trend, and Carla Cosenzi says a variety of factors play into the popularity of pre-owned vehicles.

Robert Pion says certified vehicles offer warranties that equal or exceed those of a new car or truck.

“The used-car market has changed dramatically over the past few years,” said the president of TommyCar Auto Group, which includes Country Nissan in Hadley, Country Hyundai in Northampton, Patriot Buick GMC in Charlton, and Northampton Volkswagen. “Vehicles are made better, and their overall quality and durability has increased. They are built to last, so people don’t have to sacrifice reliability and condition to get a great deal, which makes purchasing a pre-owned vehicle more attractive.”

She agreed that the Internet broadens customers’ options because it allows them to peruse and compare vehicles within a 100-mile radius or more, via websites such as Autotrader.com or Cars.com. “It gives people a reliable, easy way to shop, and allows them to feel confident that they’re getting a good price,” Cosenzi said.

But Pion said price doesn’t matter if a person is not happy with their purchase, and although customers have bought vehicles from his dealership based solely on Internet pricing and photos, it’s important to look a car or truck over carefully, sit in it, and take it for a test drive before making a final decision.

“Two vehicles of the same make and model with the same mileage can drive very differently,” he told BusinessWest. “The vehicle with the best price may not be in pristine condition, so you really have to look at what you are buying. I remind people that it’s a huge purchase, and they need to be sure they are happy, or the price won’t matter.”

Brian Yarrows, general manager of Bertera Chevrolet in Palmer, says there are pros and cons to buying used vehicles.

“The perception is that they are more affordable, but that’s because people budget a certain amount for a payment,” he noted. “However, they fail to factor in the cost of maintenance, and since a vehicle that has between 60,000 and 70,000 miles typically costs $1,000 or more a year to maintain, people need to budget another $100 each month for repairs.”

It’s one reason why leasing is such a good option, he continued, explaining that the monthly payments can be less for a new, leased car than for a used one with 50,000 to 60,000 miles when it is paid for over a period of 75 months, which has become standard for auto loans. “In the 1700s, Ben Franklin said, ‘Lease what depreciates, and buy what appreciates,’” he continued, adding that Franklin was speaking about machines, farm equipment, and horses and buggies used for travel. “If you pay off a loan over 75 months and spend $4,000 in maintenance along the way, a lease may make more sense, as there is no maintenance cost.”

However, people who purchase a pre-owned vehicle should buy it in Massachusetts, Yarrows added. “In Connecticut, New Hampshire, Vermont, and Rhode Island, dealers can sell a used car ‘as is’ — all it has to do is pass inspection. But the Commonwealth has the strictest warranty policy for pre-owned vehicles in the nation, which can extend up to 90 days depending on the year and age of the model. It’s one of the reasons people come here from all over New England to purchase pre-owned vehicles, and as a result, it’s not uncommon for us to spend more than $1,000 before the customer takes a car or truck home.”

Auto dealers say there are many advantages to buying a pre-owned, certified vehicle instead of a new one. They cost less; have warranties that sometimes exceed that of a new car, SUV, van, or truck; and often come with low interest rates.

Cosenzi said certification guidelines are stringent and include testing everything from the brakes, transmission, heating and air conditioning, tire tread, steering alignment, horn, seatbelts, radiator, exhaust system, lug nuts, upholstery, and body, to a myriad of other factors.

“If there is a small tear in the fabric, the vehicle doesn’t qualify,” she explained. “Certified cars can be a little more costly, but the benefits far outweigh the difference, and they provide people with the same peace of mind they would get if they purchased a new vehicle.”

Pion said his dealership strives to certify every used vehicle on its lot, using General Motors standards set by the factory. “The vehicles must be less than five years old and have under 70,000 miles,” he said, noting that, if trade-ins don’t meet these standards, they are disposed of at an auto auction or sold to another dealer.

However, those that qualify undergo GM’s 172-point inspection, which includes any needed reconditioning. Buyers receive a vehicle history report and Sirius XM Satellite Radio4 and OnStar5 trial offers, along with a three-day, 150-mile customer-satisfaction guarantee, as well as a 12,000-mile or 12-month warranty.

Pion, who includes two years of factory maintenance, oil changes, and tire rotation, has a lot of demo models right now and is expecting more because GM began leasing vehicles about three years ago, and the terms are expiring. “Most of them have between 30,000 and 45,000 miles,” he said.

Other reasons to purchase pre-owned vehicles include the fact that the excise tax is lower than a new vehicle, and they have already depreciated.

“Typically, the first owner takes the biggest loss, so if you can buy a used vehicle for $10,000 less than a new one, it’s a substantial savings,” Pion said. 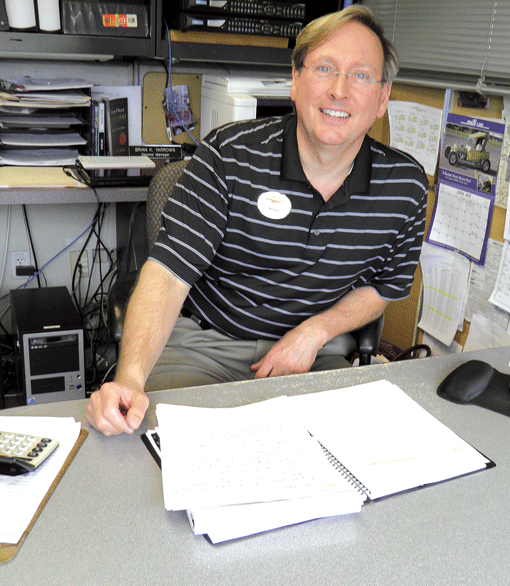 Brian Yarrows says it’s important for people to check the Carfax history and test drive a pre-owned car or truck before purchasing it.

Yarrows agrees. “Pre-owned certified vehicles are amazing buys,” he said. “General Motors offers lower interest rates on them, along with 24-7 roadside assistance that includes fixing flat tires and towing, and they come with a full year warranty on top of any warranty that remains. A car that is certified is worth $2,135 more than the same non-certified vehicle, but we don’t add that to the price.”

Still, people want options, so most dealers try to stock a range of different pre-owned vehicles.

“We like to have a wide selection for people so they can shop multiple lines and drive cars that are similar, such as a Buick Regal and a BMW3 series,” Pion said.

He explained that, although 90% of shoppers know what they want when they arrive, they often see something attractive and decide to take it for a test drive. “It can start discussions and lead to trials of different vehicles.”

Although Yarrows manages a Chevrolet dealership, it sells makes and models that range from Acuras to Volvos. “Most dealerships try to stay within their line, but we have seven acres here and run the gamut of every make and model,” he told BusinessWest, pointing to a row of cars that included a Volkswagen Beetle, two Cadillacs, a Chevrolet, a Chrysler, a Nissan, a Kia, a Hyundai, and other selections.

In fact, Bertera keeps 300 pre-owned vehicles on its lot, but has access to more than 11,000 through its 10 dealerships. “People may come here with a predetermined idea of what they want, but are actually looking for something that will meet their needs, which is why we call our salespeople ‘solution specialists,’” Yarrows said, adding that customers often get behind the wheel of far more vehicles than they initially planned to drive.

But Cosenzi said it is becoming more difficult to keep a large number of certified vehicles in stock, because owners are keeping them longer. The industry average is 10 years, and Yarrows said he’s seeing an unprecedented number of trade-ins with 100,000 miles or more. However, even vehicles with much lower mileage need to be compared carefully, which includes looking at the Carfax report in detail and noting maintenance that has been undertaken.

“Owners can be classified into three categories: those who do preventive maintenance, those who change their oil on a regular basis, and those who do nothing but drive the car and put gas into it,” Yarrows said, explaining there is a grading system at auto auctions which ranges from 1 to 5, which dealers can pay for.

“It’s based on a number of factors, including previous paintwork and repairs, the tire depth, whether there are gouges in the wheel, how clean the interior is, and a number of other things,” he explained. “It’s a very intricate system which runs in increments of 0.1, and some dealers focus on purchasing below-average vehicles so they can meet a price point.”

Bob Pion’s sales are up from what they were at this time last year, and the expectation is that the numbers will continue to climb.

“The roads are clear, the cars are clean, and it’s not too hot or too cold outside,” Rob said. “We’re definitely expecting another good year.”

TommyCar Auto Group is also on an upward trajectory. “The winter was tough, but we had a great March, an even better April, and an unbelievable May, and on the fourth day of June we are off to a good start at all of our stores,” Cosenzi said. “Interest rates are still really low, but people know they may not stay that way, so they are taking advantage of them. It’s a great time to purchase a new or pre-owned vehicle, as dealers are more aggressive than ever with their Internet pricing.”

Bertera Chevrolet is up a whopping 48% in their overall sales from last year, despite the fact that the winter was terrible.

“I’m very excited about this year,” Yarrows said. “The economy is getting, better, businesses are hiring, people have more money in their pockets and are more comfortable spending than they were a few years ago. They are finally coming out to trade in their used cars, and there are incredible deals available on all types of vehicles.”

Especially those with some miles on them. 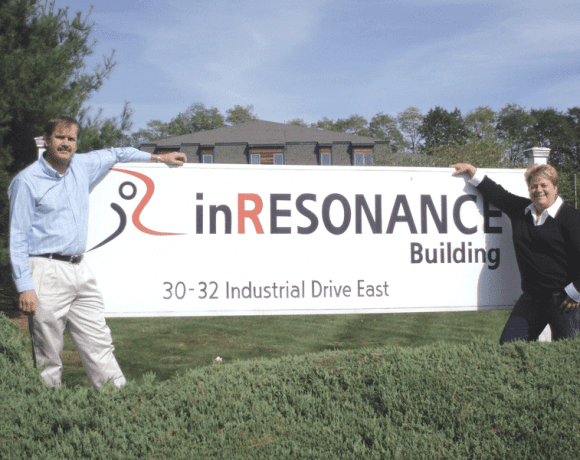 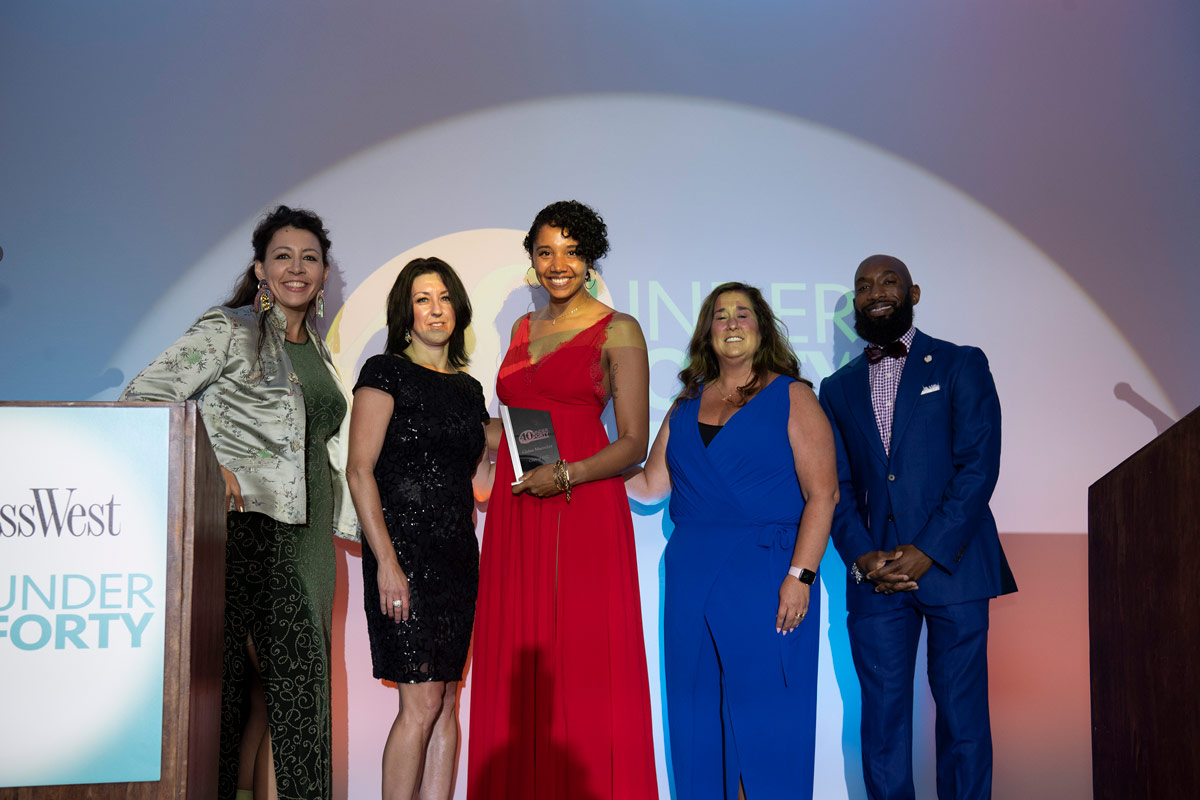 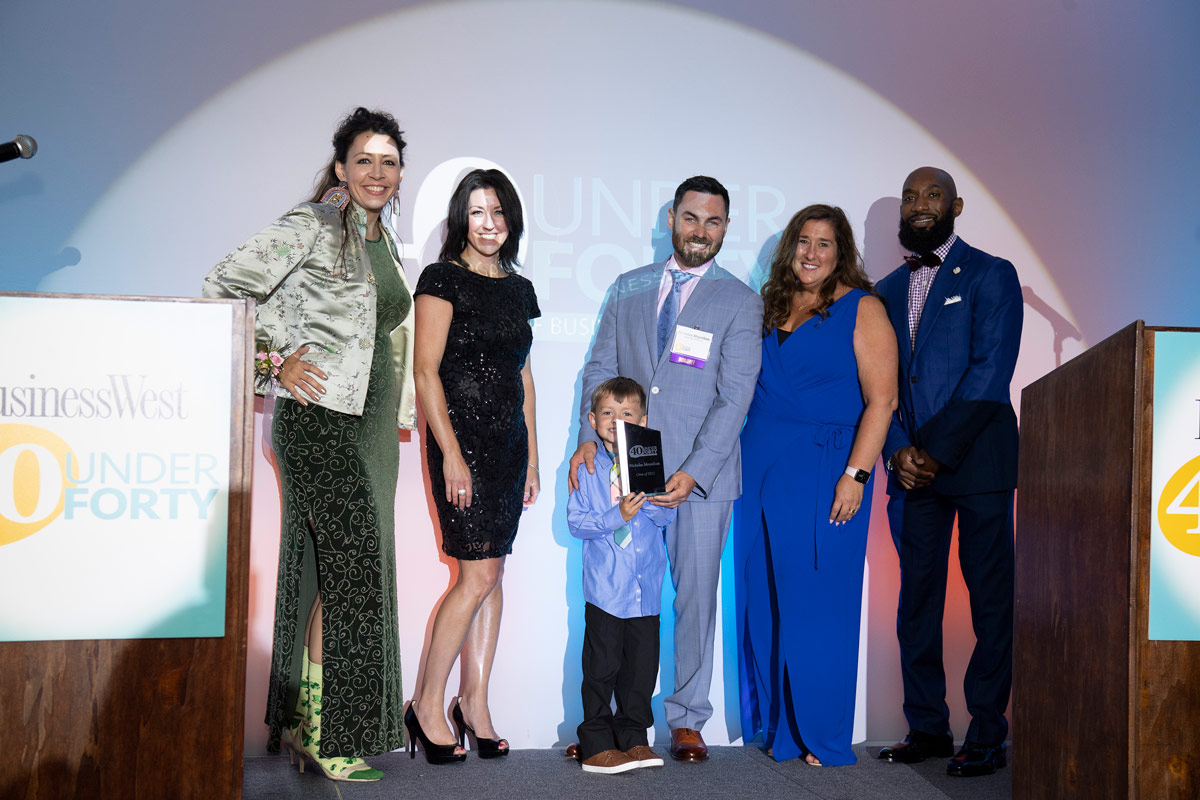 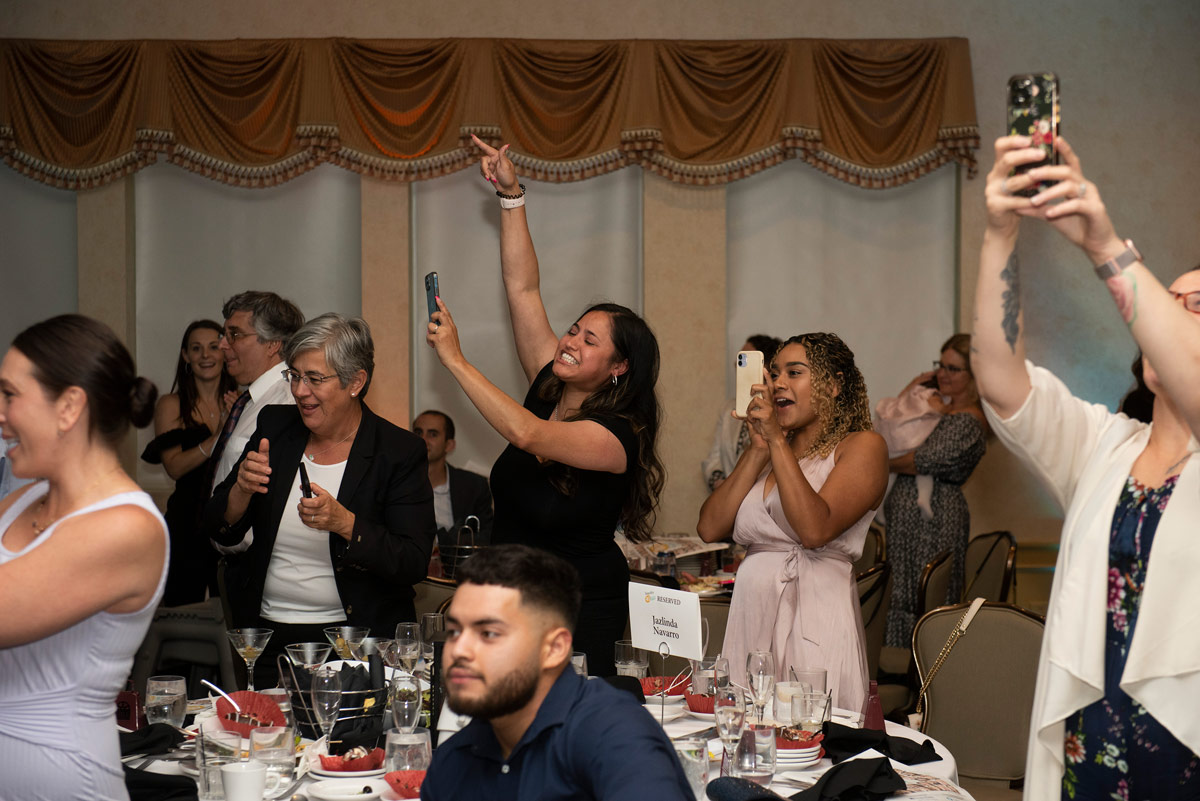 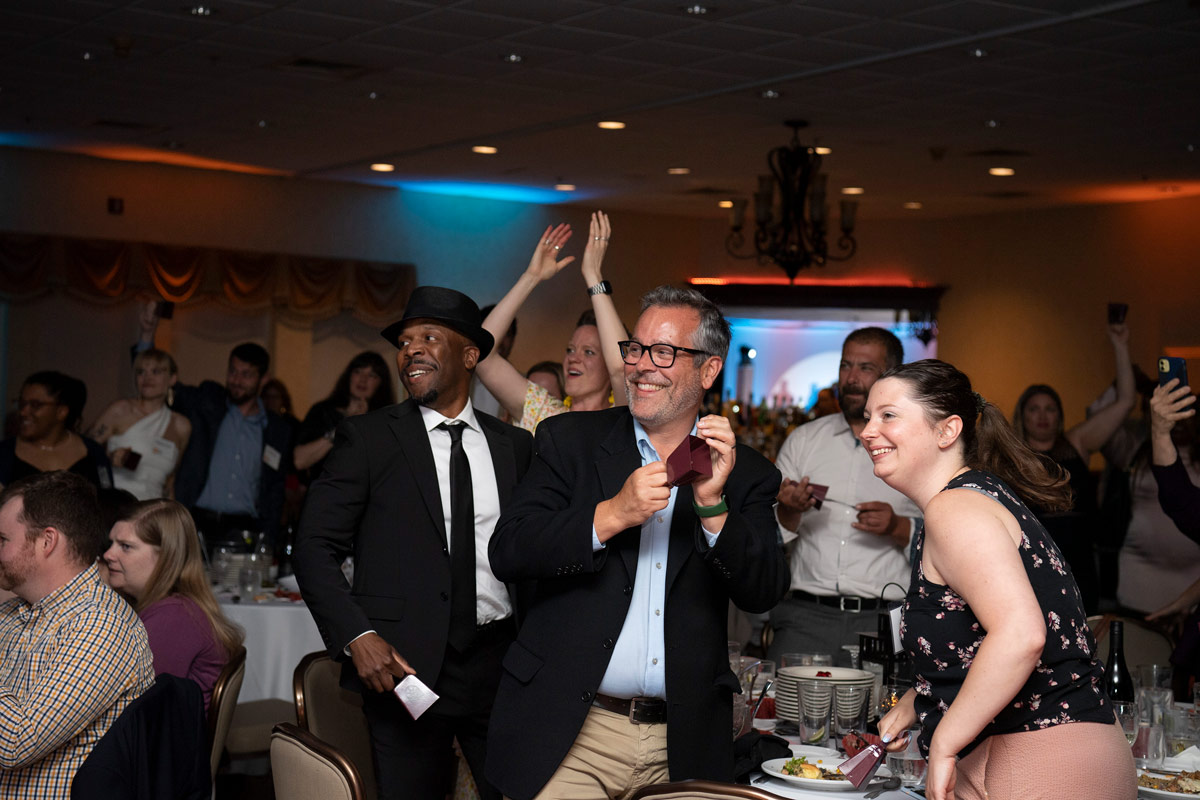