Dawn Starks, president of the East Longmeadow/Longmeadow Chamber of Commerce, said increased visibility is a primary goal to boost membership.

Earlier this month, torrential rains across the region made driving conditions sticky and motorists increasingly nervous, as tornado warnings crackled from car radios.

Members of the East Longmeadow/ Longmeadow Chamber of Commerce were also biting their fingernails that day, having planned a large ‘open house’ at Spoleto’s Restaurant in East Longmeadow to recruit new businesses and beef up membership on the group’s various committees.

At the end of the night, however, those committees had been filled, and a standing-room only crowd applauded the efforts of the small, two-town chamber for surviving the storm.

Dawn Starks, president of the chamber and business manager for Acres Power Equipment in East Longmeadow, said the event was just one way the organization is calling greater attention to itself and the communities it serves, as part of a larger marketing and outreach campaign.

“We’re stepping up our efforts as far as our visibility goes,” said Starks, noting that the effort is aimed at highlighting the chamber’s work, but is also an attempt at boosting its numbers.

Starks said that, like many membership organizations across the region and the country, the East Longmeadow/ Longmeadow Chamber of Commerce, part of the Affiliated Chambers of Commerce of Greater Springfield, has experienced a drop in its ranks in recent years. She said it began following the economic downturn spurred by 9/11, and has yet to reverse itself.

“Trends in the workplace, including attrition, have a big impact on business-oriented organizations,” she said. “Employers are using more of their employees’ time, and using it in different ways. In our case we saw an initial membership drop in 2001, and never quite got back to the numbers we’d had previously.”

There are other challenges for this group, such as the contrast between the two towns and their business communities; East Longmeadow has a fairly large industrial sector with many large employers, while Longmeadow’s profile is largely retail and dominated by much smaller employers. Roughly 150 Longmeadow and East Longmeadow businesses are now active members of the chamber, though in the past that number has been closer to 200.

However, Starks said she’s optimistic about building those membership numbers back up in the current business climate.

“Business is booming in East Longmeadow in particular,” she said. “Our goal is to recruit at least 25 new member businesses, and we think that’s very doable.”

To do so, Starks said the Chamber has begun by ramping up its media relations efforts, designating a public relations contact, Lavada Munoz, an advertising representative with the Republican, among its ranks.

“We’ve made a concerted effort to get news out on all of our events,” said Starks. “We realized that if no one knows what we’re doing, it doesn’t matter what we’re doing.”

One such event the chamber devised was the open house held during the May 16 rainstorm at Spoleto’s, in East Longmeadow Center Village. Starks said the event was styled after the Affiliated Chambers’ After Five series to a degree, but differed in that its primary focus was recruiting, not networking.

“We’re looking for new members, but we’re also trying to get our existing members more engaged, and to sign up for our various committees.”

Starks said she and her fellow board members — 17 of them — employed a grassroots approach to marketing the event and its goals, making personal visits to area businesses and calling attention to the importance of chamber involvement, not only on a regional level, but on a local level as well.

“Being part of the ACCGS is a huge benefit,” she said. “But we also think involvement on the town level is important in terms of pushing the entire region forward and making valuable connections.”

The chamber’s clerk and chair of its membership committee, Edward Zemba, co-owner of Robert Charles Photography in East Longmeadow, said the chamber has recorded some successes in recent years that he hopes the group can build upon.

“Our communities are growing, and it is in large part due to organizations like the Chamber of Commerce,” he said. “Currently, we’re resetting the meter as to what the chamber can do for the businesses of our community, to keep fostering that growth.

“We want to increase the number of chamber members who are serving on committees,” he added, “and we intend to begin an effort of educating both existing and prospective members as to the true value of being a chamber member.”

Following its first-ever open house recruitment event, the group seems to be on its way to achieving those goals. Five new businesses signed on as members, and all of the open committee posts were filled; a waiting list for inclusion on the committees was also drafted.

However, Zemba went on to note that translating the mission of the chamber is key to attracting new membership, and that’s one area in which he sees a need for attention.

“Costs are always on the minds of business owners,” he said. “That’s why the chamber needs to do a better job of educating its membership on the benefits. I’m on the board, and even I don’t know half of the benefits. This is a challenge for many organizations, and we’re taking steps to correct it.”

In addition, the East Longmeadow/ Longmeadow Chamber is also ramping up its efforts in other areas, such as support of education, in part to further increase its visibility.

The organization is also becoming a lobbying force, advocating for several pieces of business-oriented legislation. It is a proponent for maintaining a single tax rate in East Longmeadow for residents and businesses, for example, and also a strong voice regarding the issue of traffic mitigation, a pressing concern particularly on Route 83 and surrounding East Longmeadow’s famous (or infamous) rotary, as the town’s population and business community continue to grow.

“In growing communities like East Longmeadow and Longmeadow, it is crucial that the growth be managed,” said Zemba. “The chamber is here to help balance this growth that is taking place.”

Starks added that the two communities are indeed growing more prosperous in their own right, which adds to the strength of the chamber, but also to its responsibility as an advocacy body.

“We have a diverse set of businesses — major corporations as well as mom-and-pop shops,” she said. “We advocate for fair zoning and regulations, but we work closely with the town on those issues. The residents have very valid concerns, but it is our job to ensure that the businesses are heard as well.”

Starks said the chamber also partnered actively with the town to advocate for the creation and support of Center Village, the town’s newest development, devised and managed by Falcone Retail Properties LLP. It includes a wide array of businesses, including Rocky’s Hardware, HealthTrax health club, a Starbucks, and Spoleto’s restaurant, owned by Claudio Guerra, who operates five other eateries in Northampton and a regional catering service.

“The event itself was very reflective of what our chamber is able to accomplish when it sets its mind to doing something,” he said. “In spite of severe weather warnings, we managed to put together one of the most successful events in years.

“The fact is, an event like this can’t take place without the involvement of many.”

And with rain boots and umbrellas in hand, the East Longmeadow/Longmeadow Chamber is setting its sights on sunnier skies. 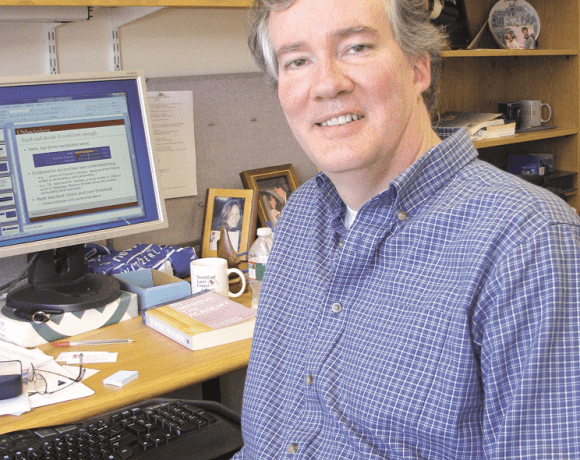