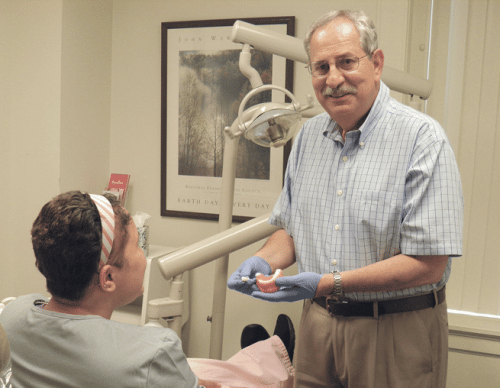 More than 40 million Americans have missing teeth, and studies show the main reason is the cost: they simply can’t afford to replace them.

But thanks to advances in medicine, today people can replace their pearly whites with mini dental implants, which offer a permanent solution to the problem.

“They’re a fast, affordable, and permanent way to replace missing teeth and stabilize dentures — they don’t require surgery, there is no pain or bleeding, and they are half the cost of traditional implants,” said Dr. David Hirsh of Hirsh and Associates in Springfield.

This development is important because, in addition to detracting from a person’s cosmetic appearance, failing to replace missing teeth leads to other problems. Hirsh said the remaining teeth tend to migrate to fill in the space, which puts so much pressure on them, they can also be lost. “Filling in the spaces not only corrects how someone looks when they smile, it protects the remaining teeth and prevents the bone loss that occurs when they are not replaced.”

Mini dental implants, or MDIs, offer people with dentures a lasting solution to the problem of slippage because they provide an anchor to hold dentures or partials in place and gives them the strength and stability they need to eat foods such as corn on the cob or apples, which they would otherwise have to forego as they are too difficult to chew.

“When a person can only eat soft food because their dentures don’t fit well, being able to eat whatever they want in a restaurant is a tremendous change. If mini implants are holding the denture in place, they don’t have to use paste or powder, which they end up tasting more than the food, and there are no sore spots as the dentures don’t rub against the gums,” Hirsh said, adding that, when they are used to stabilize upper dentures, the palate portion of the denture can be cut away, which makes it much more comfortable and improves the taste of food.

They were first used in the ’90s and have been approved by the Food and Drug Administration for long-term use for fixed crowns and bridges and removable partial and full upper and lower dentures.

When Hirsh first heard about MDIs, he was skeptical. But after conducting research and learning more, he became convinced they could change people’s lives, so he attended classes in the Shatkin Fabricated Implant Restoration and Surgical Technique in Bufffalo, N.Y. and received his certification.

Six months ago, after rave reviews from patients, he said, he opened one of 27 Mini Dental Implants Centers of America. He told BusinessWest it is associated with the Shatkin Institute, which is the largest training center in America and has the largest lab and dental office in the country.

Dr. Todd Shatkin, who founded the institute, is president emeritus of the International Academy of Mini Dental Implants, and Hirsh is a member of that organization as well as the American Dental Assoc., the Massachusetts Dental Society, the Valley District Dental Society, and the prestigious Crown Council.

Hirsh said that, although traditional implants, which require surgery and months of healing time, were the standard of care for many years, a study by Shatkin that involved placing 10,000 mini implants in patients and following them for 10 years showed they had a 95% success rate, which is exactly the same rate as traditional implants.

The total cost of a single MDI in his center is $2,500, which includes the temporary and permanent crowns, while the cost of the four MDIs needed to hold a partial or denture in place is $4,000.

The process in Hirsh’s implant center begins with a panoramic X-ray, which allows the dentist to check the bone density and make sure there is enough room to place the MDI. Next, an impression is taken of the area that will be restored, which is sent to the Shatkin Institute.

“They fabricate a surgical stent that will be used to determine the exact spot where the MDI will be placed,” Hirsh said, noting that the institute also determines the size of the drill bit that needs to be used and the length and width of the implant.

When the patient returns to the office, the area is numbed, and Hirsh places the surgical stent, which is made of plastic, over the surrounding teeth. Next, he drills a hole through the gum into the bone and screws the implant into it, then secures a temporary crown onto it. “The color of the temporary is matched to the surrounding teeth,” he said, adding that, if any modifications need to be made, the information is sent to the lab before the permanent crown is created.

If the MDIs are being used to hold a denture or partial in place, it can be snapped onto the MDIs immediately after tiny holes about the size of a pen tip are drilled into the bone through the gum where the implant will be placed.

“Although a denture can contain about 12 teeth, you only need four implants to secure it,” Hirsh said, adding that, in cases where the denture doesn’t fit well, it may need to be modified before it can be used with the implants.

Losing a lot of weight can cause dentures to stop fitting properly, and if that occurs, people often find it difficult to keep them in their mouths. However, if the denture is secured by mini implants, it is not a problem. It will stay in place, and although people may want to get it realigned, Hirsh said the MDIs will never have to be adjusted.

MDIs have also helped many people with partials because they snap onto the mini implants, eliminating the need for metal clasps on adjoining teeth that hold them in place.

In addition, if people who are replacing a tooth have gum loss, crowns attached to the MDI can eliminate the cosmetic problem. “We put pink porcelain at the bottom or top of the crown so the tooth doesn’t look like it’s too long; it can be matched exactly to the color of a person’s gums and looks very natural,” Hirsh said.

He told BusinessWest the only instance in which a traditional dental implant works better than a mini is if someone has a very low maxillary sinus. “There may not be enough bone to put in the two implants that are needed, and in that case, we refer the patient to a local specialist. But it’s very, very rare.”

Hirsh said misinformation has been circulated about MDIs in the general community, including the belief that MDIs can’t be used to replace molars or used for a full-mouth restoration, and only last about five years.

“They can last 20 years or a lifetime, just like traditional implants,” he noted, adding that they can be placed in people aged 17 and older once their jaw has stopped growing.

“I believe in 10 years, more dentists will use mini implants than traditional ones,” he said. “It’s a wonderful procedure that results in a wonderful cosmetic appearance. It’s just a matter of education; they’re life-changing.” 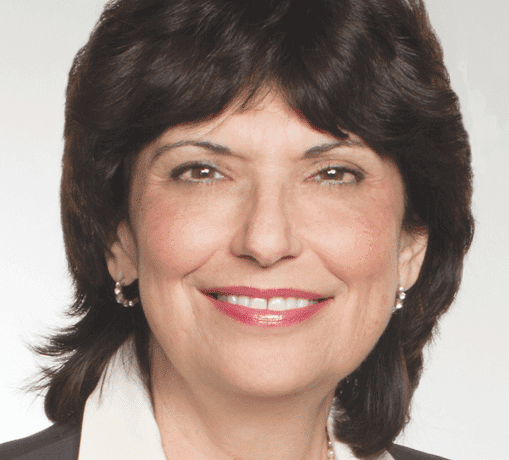