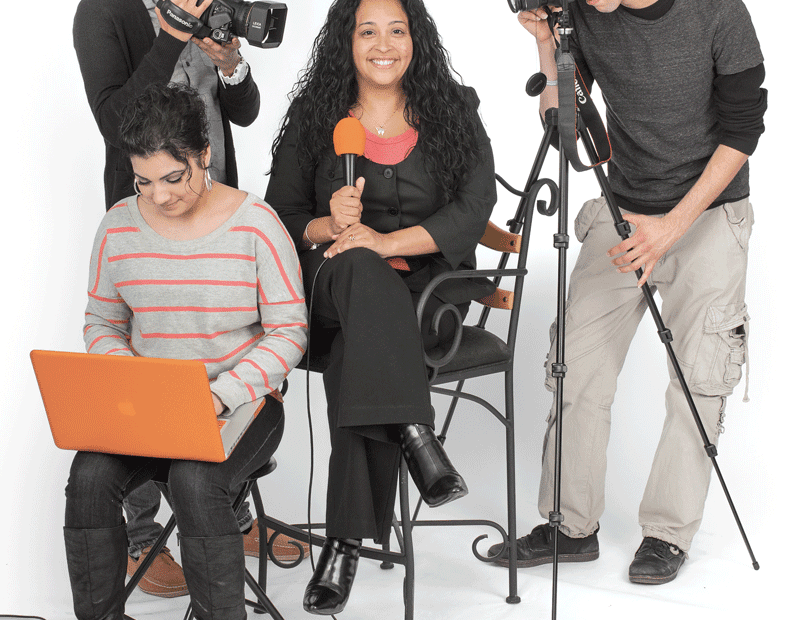 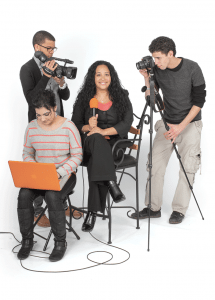 Like most of those who work in public broadcasting, Vanessa Pabon has been caught up in the phenomenon that is Downton Abbey. She took a behind-the-scenes role in helping to stage an elaborate ball themed after the show in January, and, like everyone else, is eagerly awaiting season four.
But her work with WGBY-TV is far more focused on the here — meaning Greater Springfield — and now, as opposed to the 1920s. As her title, director of Community Engagement, suggests, she’s responsible for engaging people in communities within WGBY’s service area who are underrepresented in its audience and membership. And she does this by developing new engagement strategies and also overseeing and expanding existing programs, such as the Latino Youth Media Institute and something called TOLD (Telling Our Legacies Digitally).
“People get to share a personal story about themselves that they ultimately feel may make an impact within the community,” Pabon said of TOLD, adding that the five-minute videos have involved individuals primarily from Springfield’s North End, and of all ages. “It’s not just sharing, but something that becomes public, and the stories range from overcoming battles, like finding out they have HIV, to happy moments, such as someone who didn’t think they’d be going to the prom ultimately going and being named prom queen.
“They get to produce these pieces and then either share them with their family or in a public forum, as conversation starters,” she went on. “And for me, the power isn’t just the video you watch at the end of the workshop, but what happens within the process — the community building, relationships, and the healing that happens when people share stories.” Other job responsibilities include everything from recruiting interns to providing media training to researching and writing grants.
In addition to her work with the station, Pabon is very involved in civic life, through work with the North End Campus Coalition; the Greater Springfield YMCA, which she serves as a member of its Community Services Branch, Charter School Committee, and Hispanic/Latino National Health Initiative; the Springfield Promise Neighborhood; and the Stay in School Campaign, which she serves as head of its youth committee.
In other words, she emphasizes community engagement both on and off the job.