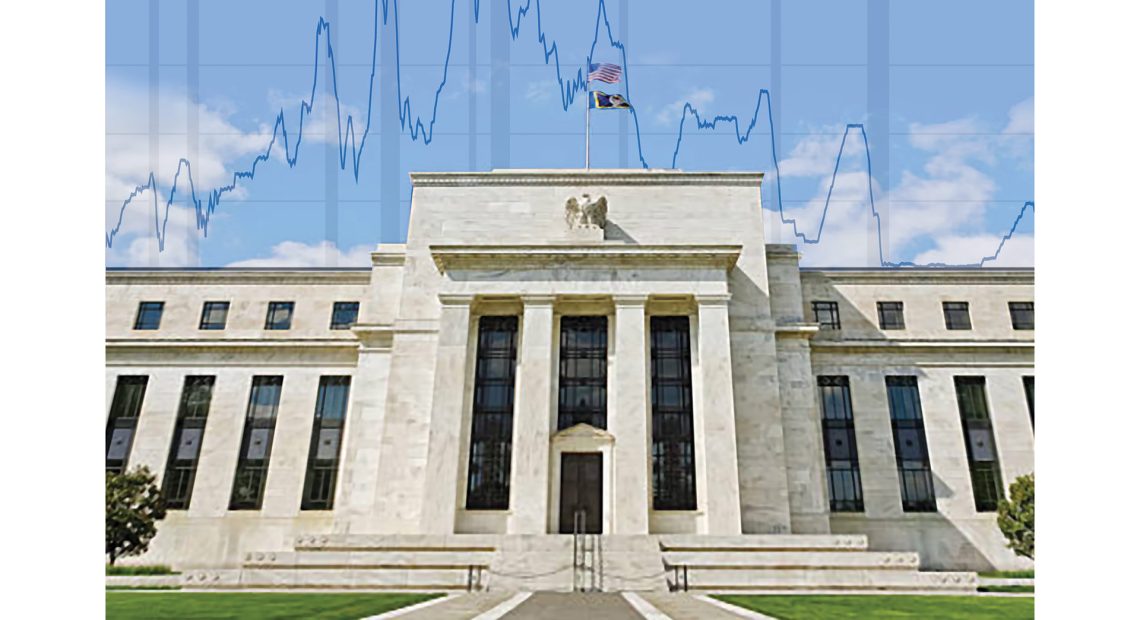 What Do Rising Interest Rates Mean for Banks and Borrowers?

The Fed Makes Its Move 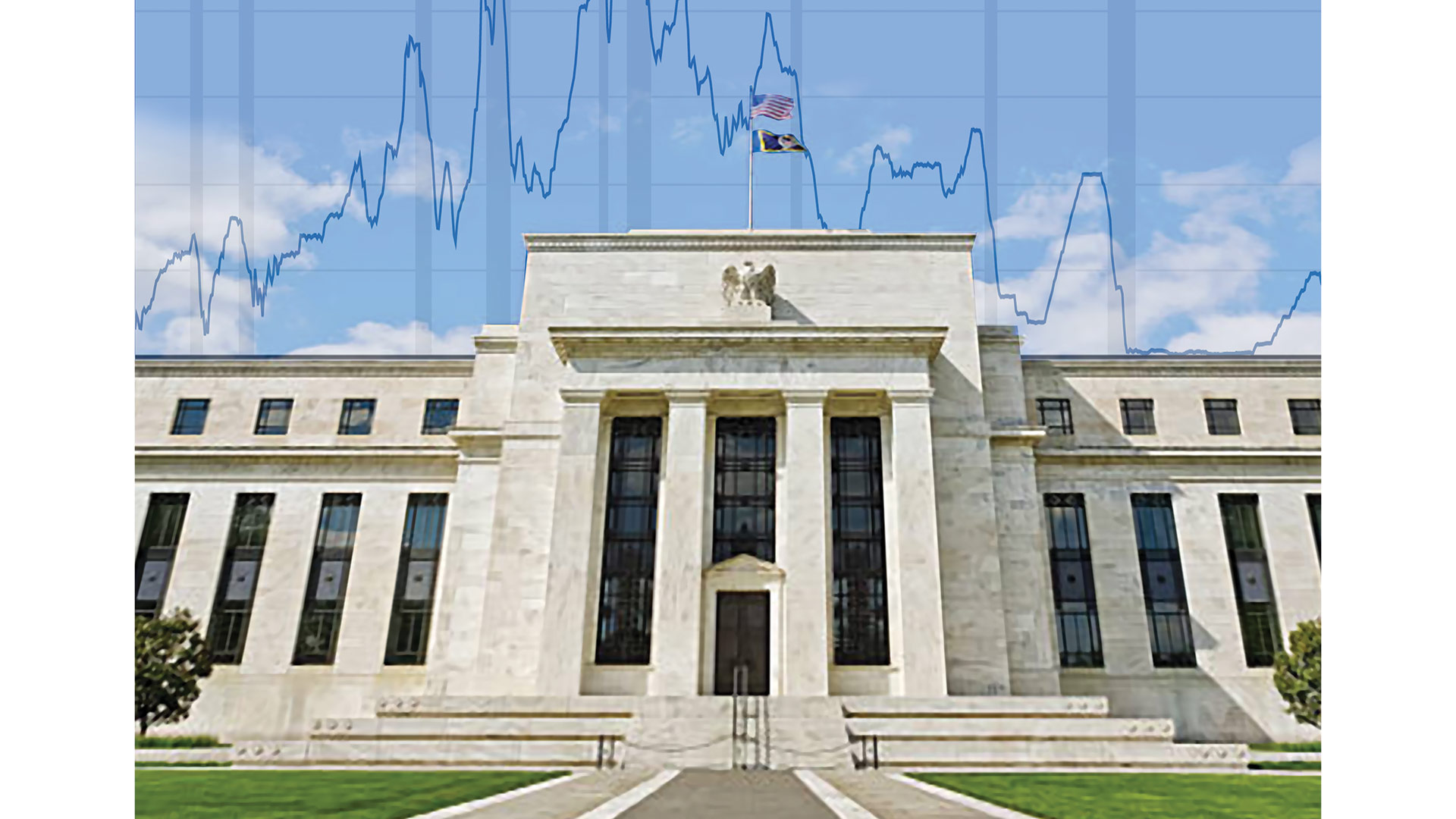 Last month’s federal funds rate hike by the Federal Reserve — the first of what may be several such increases — was long-awaited and welcome in the banking community, while the Fed hopes it begins to produce its intended effect of cooling the economy and slowing inflation. The impact on loans and credit of all kinds will be meaningful, finance leaders say, but the long-term, historical perspective suggests this is still a very good time to borrow.

It’s a move many in the finance world are calling overdue, and in some ways welcome.

After keeping interest rates low through the first two years of the COVID-19 pandemic, the Federal Reserve hiked the federal funds rate by one-quarter of a percentage point on March 16, while also suggesting it might issue up to six more small increases before year’s end.

“We’ve lived with this low-rate environment for the last few years, which has been extremely difficult for banks on the margins,” said Brian Canina, executive vice president and chief of Finance and Shared Services at PeoplesBank. “So this was definitely something we have been waiting for.

“Last year was very interesting because, despite the inflation we were seeing, there was no movement on interest rates,” he added. “These have been interesting times, and hopefully, as the Fed continues to monitor this and increase the rates in the future, it would be nice to see us get back to a more normalized interest-rate environment that we’re more familiar with.”

Jeffrey Sullivan, president and CEO of New Valley Bank, said the Fed’s move was not only expected, but had been announced and much discussed in the marketplace.

“People are saying it’s overdue, and many are saying the Fed should have done it earlier to cool off the economy and keep inflation down a little bit,” he told BusinessWest. “Some people are worried there could be a lot of increases coming down the pike. But if it’s slow and steady, it’s probably not going to be a huge shock to people borrowing money, whether businesses or consumers.”

According to Forbes, the Federal Reserve’s mission is to keep the U.S. economy humming, but not too hot or too cold. So when the economy booms and distortions like inflation and asset bubbles get out of hand, threatening economic stability, the Fed can step in and raise interest rates, cooling down the economy and keeping growth on track.

“We’ve lived with this low-rate environment for the last few years, which has been extremely difficult for banks on the margins. So this was definitely something we have been waiting for.”

“When the Fed raises the federal funds target rate, the goal is to increase the cost of credit throughout the economy. Higher interest rates make loans more expensive for both businesses and consumers, and everyone ends up spending more on interest payments,” the publication notes.

“Those who can’t or don’t want to afford the higher payments postpone projects that involve financing,” Forbes adds. “It simultaneously encourages people to save money to earn higher interest payments. This reduces the supply of money in circulation, which tends to lower inflation and moderate economic activity — a/k/a cool off the economy.”

Because so many other rates in the economy are tied to the funds rate, any increase by the Fed has a direct effect on the interest consumers pay when they carry a credit card balance or take out a loan, and on yields for savings accounts and certificates of deposit, Nerdwallet notes.

“In general, the Fed reduces rates to try to stimulate the economy and raises rates to try to head off inflation,” the site explains, using a mechanism that causes rates on savings accounts, mortgages, and credit cards to rise. “Interest rates have been low for so long that many consumers — Millennials and Gen Z, particularly — haven’t really known a time when borrowing wasn’t cheap and savings vehicles didn’t pay next to nothing.”

Sullivan agreed. “Obviously, they’re paying a little more than they were paying a year or two ago. But by historical standards, when you look at mortgage rates — which have been 6%, 8%, even 20% — it’s not as unbearable.

“Everyone wanted to lock it in when a 30-year mortgage was 2.75%, which was the low point — kind of like saying they wish they’d bought Apple stock early on; everyone wants to time it perfectly,” he went on. “But in the broader context, these are still really low rates compared to what consumers have seen. It shouldn’t slow down the economy tremendously.”

“In response to this increase, the family in this example might delay purchasing a home, or opt for one that requires a smaller mortgage, to minimize the size of their monthly payment,” the publication notes.

But NPR notes that rising rates could stop the “runaway train” of higher home prices, which rose nearly 20% in the U.S. last year, on average. With a historic shortage of homes for sale and very low interest rates, bidding wars regularly broke out and drove prices ever higher. Meanwhile, soaring selling prices pulled in more buyers who didn’t want to miss out, which further overheated the market. 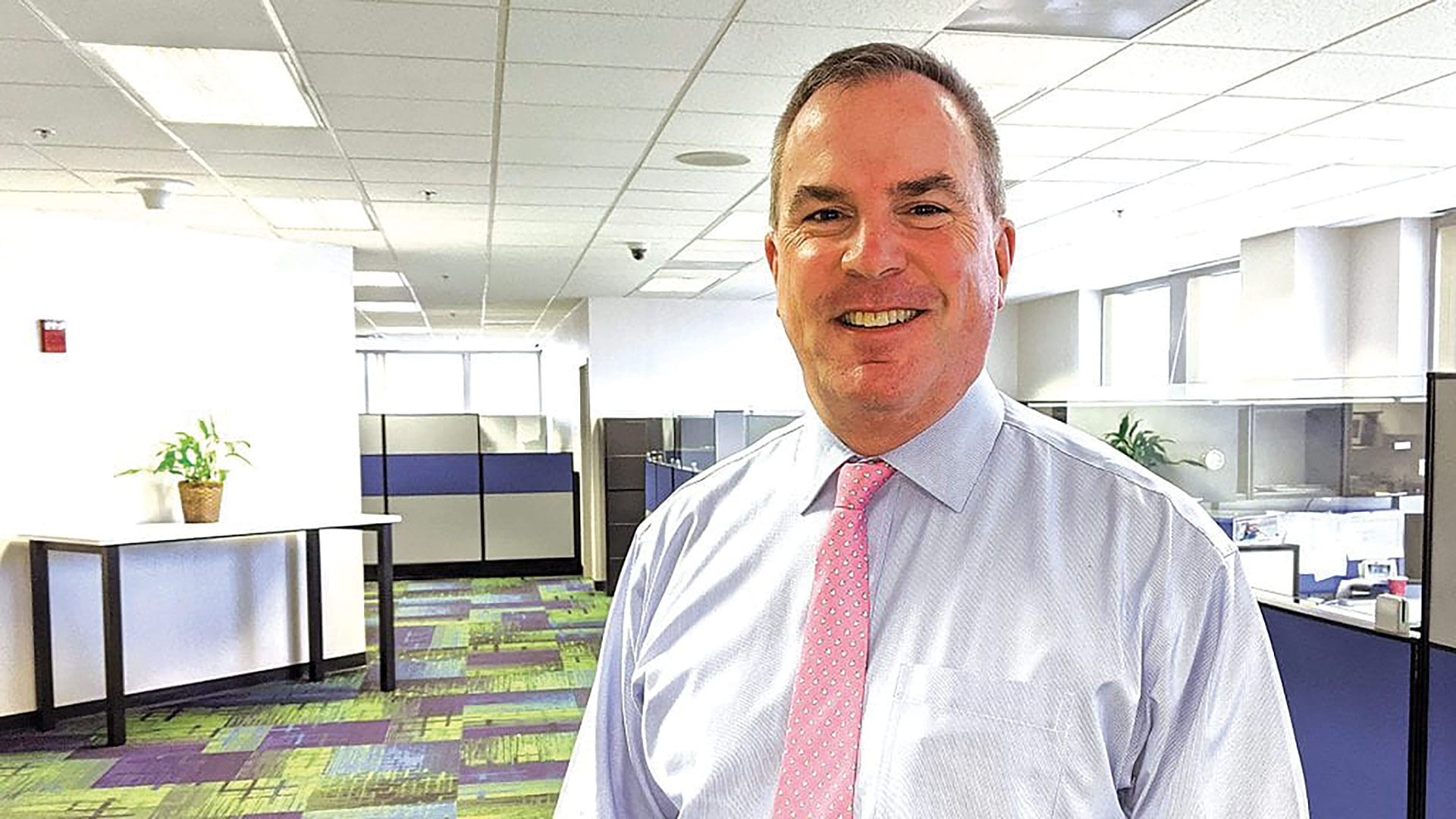 Jeff Sullivan says many in the banking world feel the Fed’s rate increase is long overdue.

“Higher mortgage rates may be helpful in cooling the housing market,” Selma Hepp, an economist with CoreLogic, told NPR. “That may help bring us back more to some level of normality, and in that case we won’t see so much bidding over the asking price.”

Prices aren’t likely to fall right away, Hepp said, but they might rise much less this year, say 3%, and a few years like that could give contractors time to catch up with demand and build more homes.

Canina notes, however, that low inventory is still the main factor driving home prices in Western Mass. So with interest rates increasing, “that’s kind of a double whammy, for lack of a better term.”

Sullivan agreed. “Lack of inventory keeps prices high, no matter what the rates are.”

Ninety percent of homeowners have fixed-rate mortgages, protecting them against rising rates. But most home-equity lines of credit — funds borrowed against the home — have variable rates, which will now go up. Forbes noted that some banks will let borrowers take the money they owe on their line of credit and lock that into a fixed interest rate.

On the other side of the coin, retail banking customers may expect interest rates on savings to rise now as well, but that may happen more slowly.

“These historically low rates on savings products won’t jump higher overnight, but a higher federal funds rate can stimulate competition among banks and credit unions, and consumers may benefit from that,” Nerdwallet notes. “It may be worth looking for a savings account with better rates if your financial institution is slow to respond to a Fed rate increase.”

“If they continue to increase interest rates six or seven times before the end of this year, it’s going to be interesting to see what kind of impact that has on the markets and consumers particularly.”

Canina explained that, from a consumer standpoint, banks have been living with historically low rates, and their margins have been squeezed at the same time the federal government has been putting out trillions in stimulus into the economy. As a result, bank balance sheets have significantly expanded with deposits.

“Banks have so much liquidity on their balance sheets, and if loans slow down, even with rates rising, banks will probably be reluctant to raise [savings] rates,” he noted. “We’ve managed to maintain deposit rates at a higher level than our competitors, and we’ll continue to monitor it to make sure we stay in terms of where we are relative to our competition, but banks are likely not raising rates any time in the near-term future.” 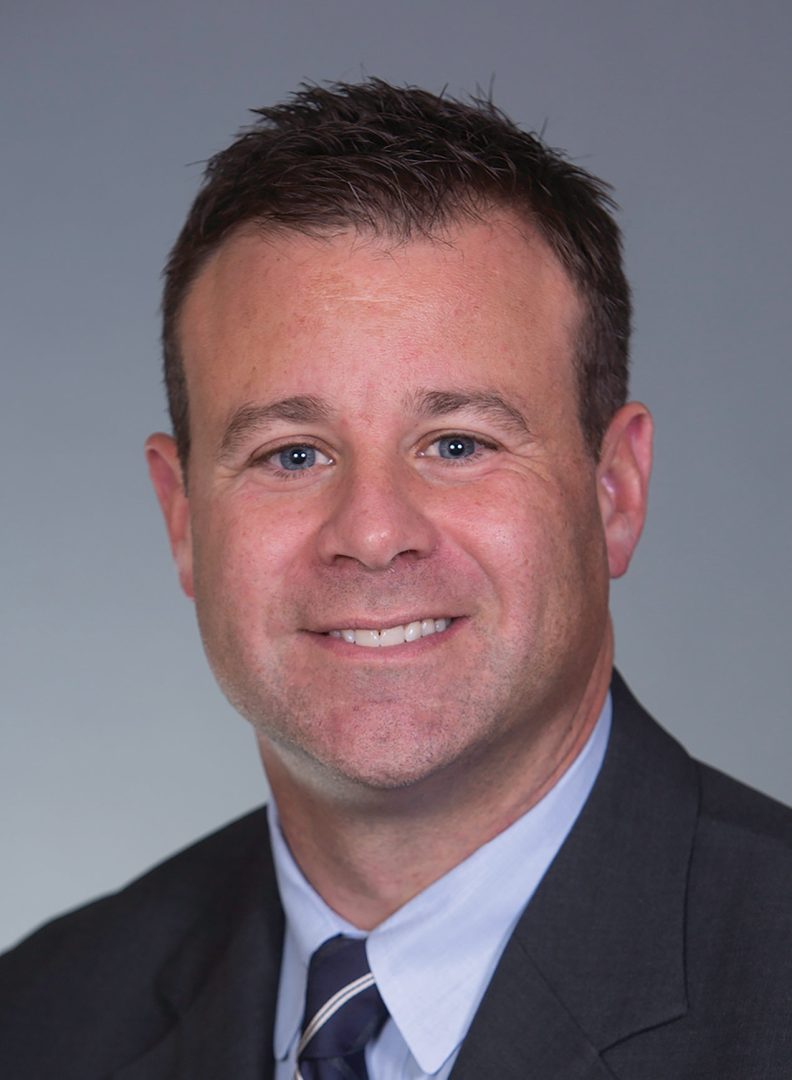 Even if the Fed decides on multiple hikes this year, Brian Canina says, consumers should realize that interest rates are still low from a historical perspective.

The expectation from consumers is that, once the Fed raises rates, savings interest rates will follow shortly after, Canina added. “In the current environment, that’s very likely not to be the case this time around.”

Specifically, the key factors in the financial crisis of the late oughts were credit and housing issues. “In this one, you have the supply chain. You also have the Great Resignation, and the labor market was heavily impacted. The supply chain has not corrected itself, and we do have some labor-market matters to deal with. If they continue to increase interest rates six or seven times before the end of this year, it’s going to be interesting to see what kind of impact that has on the markets and consumers particularly.”

Canina added that commercial lending at PeoplesBank slowed slightly in 2020 and 2021, and 2022 is expected to be stronger.

“But the rising interest-rate environment has not impacted the commercial side just yet,” he explained. “Commercial rates are based more on competition than the markets. Mortgage pricing is really designated by the government agencies, Freddie Mac and Fannie Mae. So that’s kind of a set market, and mortgage companies price off that.

“When pricing commercial mortgages,” he continued, “you’re pricing to competition, and they’re usually a little slower to react, so right now, we’re seeing lower rates for commercial than residential mortgages, which is a total anomaly, something we don’t see in a normalized interest-rate environment. In the next six to nine months or so, that should straighten itself out. We’re seeing some unusual trends right now.”

Sullivan said gas prices are a larger factor for people right now than interest rates. “They’re staring at gas prices that average $4 a gallon and could be going to $5 a gallon. That’s more of a psychological factor for the average person.”

It’s certainly not the first economic shock of recent years.

“The pandemic definitely shocked the system, creating disruption in the supply chain,” Sullivan said. “That certainly includes building materials, which is one reason why real-estate prices aren’t coming down. And those material costs, the people I talk to say it’ll be another year or two before that starts to correct itself. So that will keep the inflation rate high.

“The Federal Reserve has some tools, but they’re limited tools,” he added. “We’re in such a unique situation with the supply chain being so screwed up. It’ll take awhile.”

As for the other factor weighing on the economy — a persistent worker shortage — “wages are going up, and pressure on wages is going up. Is that bad or good? That depends on what lens you’re looking through. It’s tougher for employers who have to pay that.”

Taking the big picture on what’s happening in the economy, Nerdwallet said the Fed’s recent move — and those to come — aren’t necessarily a bad thing.

“Reducing debt, especially when you’re paying a variable interest rate, will help you in a rising-rate environment. So will increasing your savings and staying focused on your long-term investing strategy, in spite of day-to-day fluctuations in the stock market,” the site notes. “If you manage your money carefully and the economy stays strong, rising rates could be a good thing for your wallet.”

BusinessTalk with Meredith Wise, president of the Employers Association of the Northeast 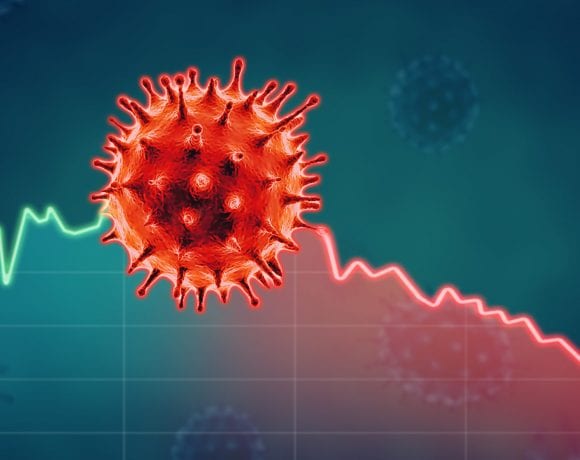 Is Bankruptcy the Answer?