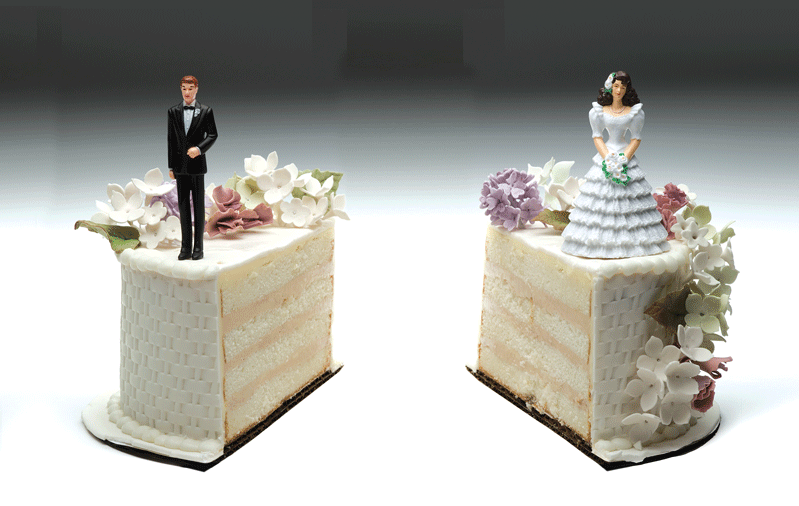 Couples who decide to end their marriage are often dealing with the most upsetting, stressful time of their lives, and the prospect of fighting tooth and nail in court to decide issues like child custody, visitation, and finances only piles on the emotional trauma. That’s why divorce mediation — a less costly, less stressful alternative to a contested divorce — is gaining in popularity. It’s a process that doesn’t deal in who’s right or wrong, but allows two people to take control of a bad situation and talk it out — often for the first time in years.

Divorce is difficult — perhaps the roughest, most emotionally draining experience of a person’s life.

So why, Michael Frazee asks, would a couple want to make it even harder?

“The court system already struggles to problem-solve in divorce, and then they add regulations, they add rules, and they add requirements to each divorce without regard for the actual needs of the parties, and especially the needs of the children,” said Frazee, a family-law attorney who practices with Divorce Mediation Group in Springfield.

“Mediation doesn’t impose any template on any case because every family situation is different,” he went on. “We help them navigate the divorce process by applying creative problem solving. Really, we help people come to their own solutions, as opposed to imposing a boilerplate approach on them, which is what the court system does.”

In other words, he told BusinessWest, while the litigated divorce process has only become thornier to people already going through a tough time, “we live in solutions; we don’t live in problems.”

Increasingly, divorcing couples are taking notice, and the field of mediation has experienced an uptick in recent years even as the divorce rate has quietly crept down.

“The goal is to have a more respectful, less expensive process — both emotionally and financially — while trying to resolve issues of divorce or dissolution of marriage,” said attorney Julie Dialessi-Lafley, who counts divorce mediation among her practice areas at Bacon Wilson in Springfield. “That can include child-custody issues, who pays for college education, uninsured medical expenses … anything the parties might disagree on. In mediation, it’s supposed to be a non-litigious setting with a neutral mediator, who tries to help the parties come to their own agreements and resolution.”

At its heart, the process is all about control, she explained.

“Mediation differs from litigation in the sense that the parties craft their own settlement; they’re advocating for themselves,” she said, noting that, while the couple may occasionally retain attorneys, they don’t control the process for the two parties. “The mediator’s role is really as a facilitator. The goal is to get them to an agreement. Judges don’t want to make this decision. A judge will say, ‘I’ll decide this, but at the end of the day, you’re in the best place to know what’s in your best interest and your children’s best interest; you know more about your life than I do.’”

For this issue’s focus on law, BusinessWest examines the process of divorce mediation, and — considering the financial and emotional benefits — asks the question, why would a couple not choose mediation?

As it turns out, there are several answers to that question.

“I think some people have the perception that their spouse will not engage in a cooperative process, and some feel like they need the additional strength of having a laywer to rely upon,” said Bruce Clarkin, who launched Divorce Mediation Group in 1989. “But the people we see are so relieved to have a solution to the biggest problem they ever face in their life; I think it motivates them to work really hard to get a solution.”

And they’re doing so at a much lower cost than paying two attorneys to fight out every issue in court. 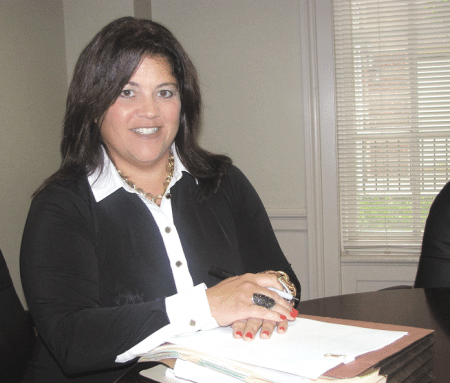 Julie Dialessi-Lafley says the cost of mediation — both financial and emotional — is typically far less than in a litigated divorce.

“At a time when the legal cost of divorce is exploding exponentially, the costs of a mediated divorce remain pretty stable and predictable,” Clarkin said. “We can predict at the outset what mediation is going to cost about 80% of the time, and the typical cost is between $1,500 and $2,000.

“The reason the cost is so low is the process is so efficient,” he went on. “It’s very problem-solving-oriented. You learn how your clients see the future and try to help them achieve that goal. Meanwhile, litigation has only become more expensive and is often so unsatisfactory.”

Frazee agreed, adding that it’s mainly a lack of awareness about the mediation process that holds some couples back. “It’s a cooperative, collaborative process. And, again, when you consider the expense of litigated divorce versus the expense of a contested divorce, why wouldn’t someone at least try it? We do a free consultation, and the vast majority of people who meet with us come to understand what the process is, and want to engage in the process right away.”

He added that some 80% of all litigated divorces wind up back in court for some tangential issue. “Whereas, with a mediated divorce, you’re rarely back in court. You’ve already set yourself, as a divorcing couple, on a path to better parenting and better communication, as opposed to being adversaries in the court system.”

Dialessi-Lafley says the overwhelming majority of clients are positive about forging an agreement they can both live with. One exception would be couples with serious, closeted issues involving each other or their children that need to be worked out in therapy before they can work on their divorce agreement.

“We’re definitely not therapists,” Dialessi-Lafley said, but the training necessary to be certified as a divorce mediator emphasizes getting divorcing couples to communicate more effectively — perhaps more than they have in years.

“In all these years,” she said, thinking back over 19 years in practice, “the common thread in every divorce is lack of communication. They don’t communicate about intimate issues, child issues, financial issues … whatever the issue is, communication is the problem.”

Agreeing to mediation, she went on, is basically an agreement to communicate — to be willing to talk and listen in equal measure.

“There’s no blame here. It’s more, ‘let’s see if you can actually hear each other,’” she told BusinessWest. “I have had parties who would run each other over in the street if given the chance. When they come in, they’re angry and tense and negative about the process. But if they’re willing to try it, and you can get them to open up, it’s a start.”

Some couples require what she called ‘shuttling’ at first, putting them in separate rooms initially and talking with them one on one. Often, they eventually wind up in the same room, talking.

As for couples who choose litigation, “they may not know about mediation or understand it,” Dialessi-Lafley went on. “Or, very commonly, one party may have a stronger personality, and the other thinks, ‘I won’t be able to advocate for myself and say what I need to say.’ One party may be worried they’ll give up more than they should.”

However, she added, “the goal is to get to a resolution, and the process itself is designed to keep the parties respectful of each other — I wouldn’t use the word ‘amicable,’ but at least able to have less tension and less consternation between them.”

Alison Patton, a family lawyer and mediator who blogs at lemonadedivorce.com, said the ideal mediator, first and foremost, listens intently and asks questions not for the purpose of deciding who’s right or wrong, but to better understand two people who are seeking to resolve some very challenging issues.

“When your mediator is listening, validating, and empathizing with your spouse, this is a good thing,” Patton writes. “It may not feel good; it may bring up the ‘not true! What about me!’ feelings typical of what one feels in mediation when the other person is getting to talk.

Clarkin went a step beyond that and said the mediator’s role is one of leadership, which includes getting both parties to totally buy into the process and have confidence that he is neutral. “Some people come here and fight like cats and dogs, and we’re trained to deal with that. But even then, when clients have confidence in the process, it most often works out in their favor.” 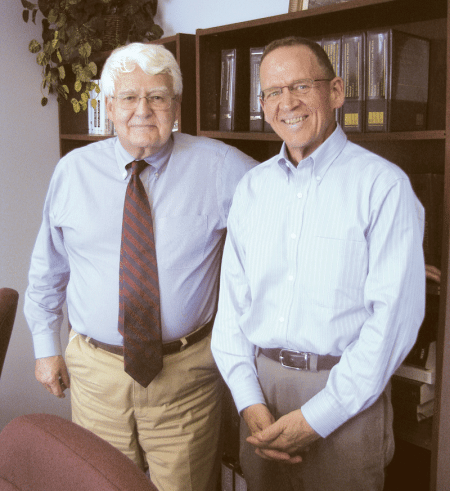 Bruce Clarkin, left, and Michael Frazee say a good mediator shows the kind of leadership that breeds confidence in his or her neutrality.

It helps, Frazee added, that anything said to a mediator is completely private and confidential and, importantly, inadmissible in court on the rare occasions the couple can’t work out their own solution and opt for litigation. Those who come to recognize the mediation room as a safe space often surprise themselves, and their partners, with their candor.

“Honestly, a lot of people say things to each other that could have been said — and should have been said — years before they sat down with us,” he went on. “That sort of openness — especially between parents — is critical to the success of the process. I agree that the mediator leads in the sense of guiding the dialogue between the parties, but the goal is always working toward a resolution of the issue.”

That said, Clarkin added, “I don’t inquire about what went wrong in the marriage. I always see that as information that belongs to clients, and most of the time, it’s not helpful for me to hear it.”

A Few Clicks Away

What has been helpful for practitioners of divorce mediation, Clarkin told BusinessWest, has been the tendency of consumers to research what they plan to purchase on the Internet — a trend that affects everything from car sales to travel bookings to … divorce.

“Mediation is coming of age at the same time the Internet is becoming the default resource for the middle-class consumer,” Clarkin said. “Years ago, when someone was on the cusp of divorce, they asked their brother-in-law what lawyer they should call; now, when a divorce is on the horizon, they go to the Internet. It’s self-determination; people are making decisions before they even call. And by the time people get through using the Internet to research this, they’ve already made a decision whether mediation is likely to work for them. It’s really changed the landscape in a huge way.”

In other words, they’re taking control. “If the same people go to the court system, they have a template and expenses imposed on them.”

That matter of control, for couples who can bring themselves to talk rationally with each other, is a major benefit of mediation, Dialessi-Lafley said. After all, the issues involved in divorce are wide-ranging and can impact families for decades. “And you can’t quantify the emotional impact of a litigated divorce.”

A contested divorce is also subject to the scheduling whims of the court, whereas a couple in mediation agrees to their own schedule and timeline, which peels back another layer of stress, Dialessi-Lafley added.

For an increasing number of divorcing couples, just stepping back from the stress of constant fighting and actually trying to communicate makes a lot of sense.

“When I see one spouse listening, validating, asking questions, and empathizing, I don’t assume he or she is agreeing with what is being said or backing down. It means to me that this person is mature and kind enough to honor and respect their spouse’s feelings, in spite of it all,” Patton writes. “Truly, the real secret of divorce mediation is that simple — feeling heard, honored, and respected by the person you loved enough to marry.” 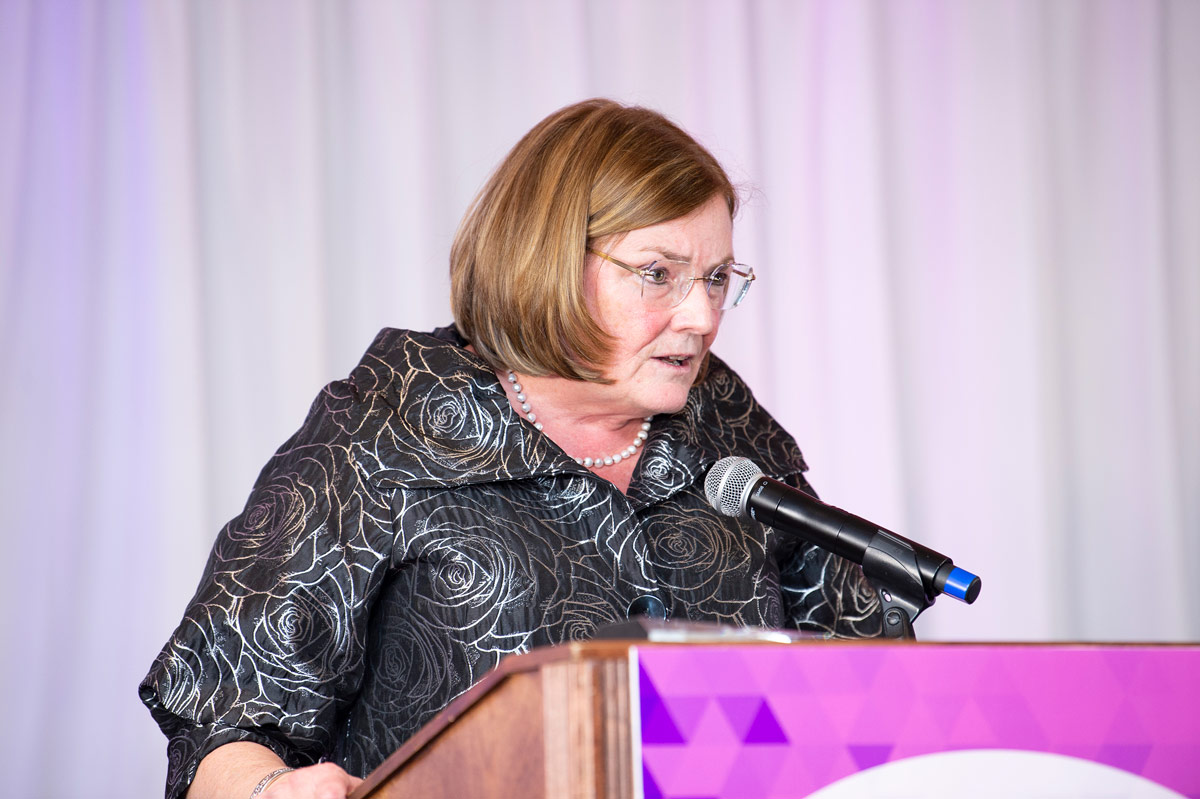 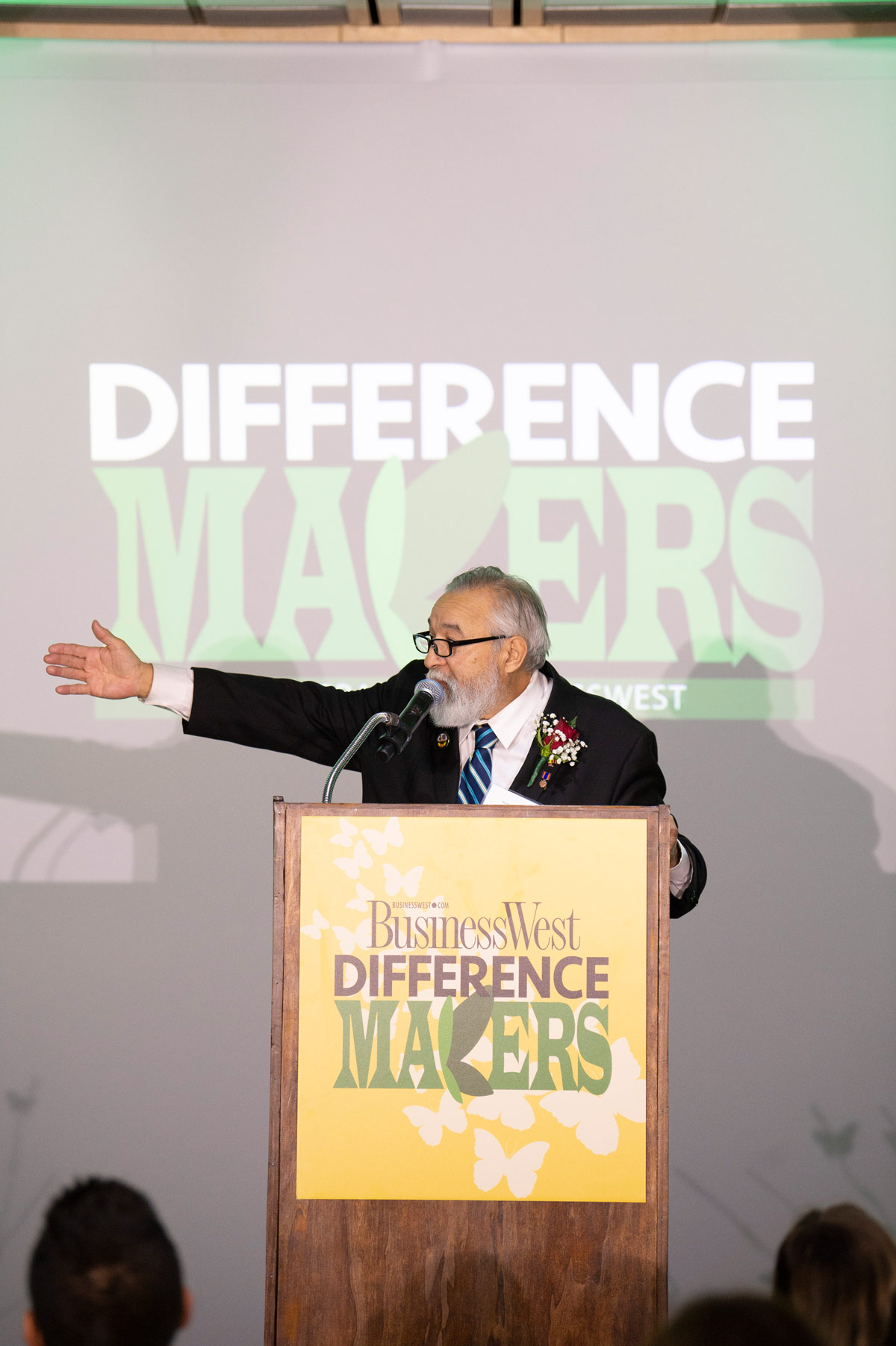 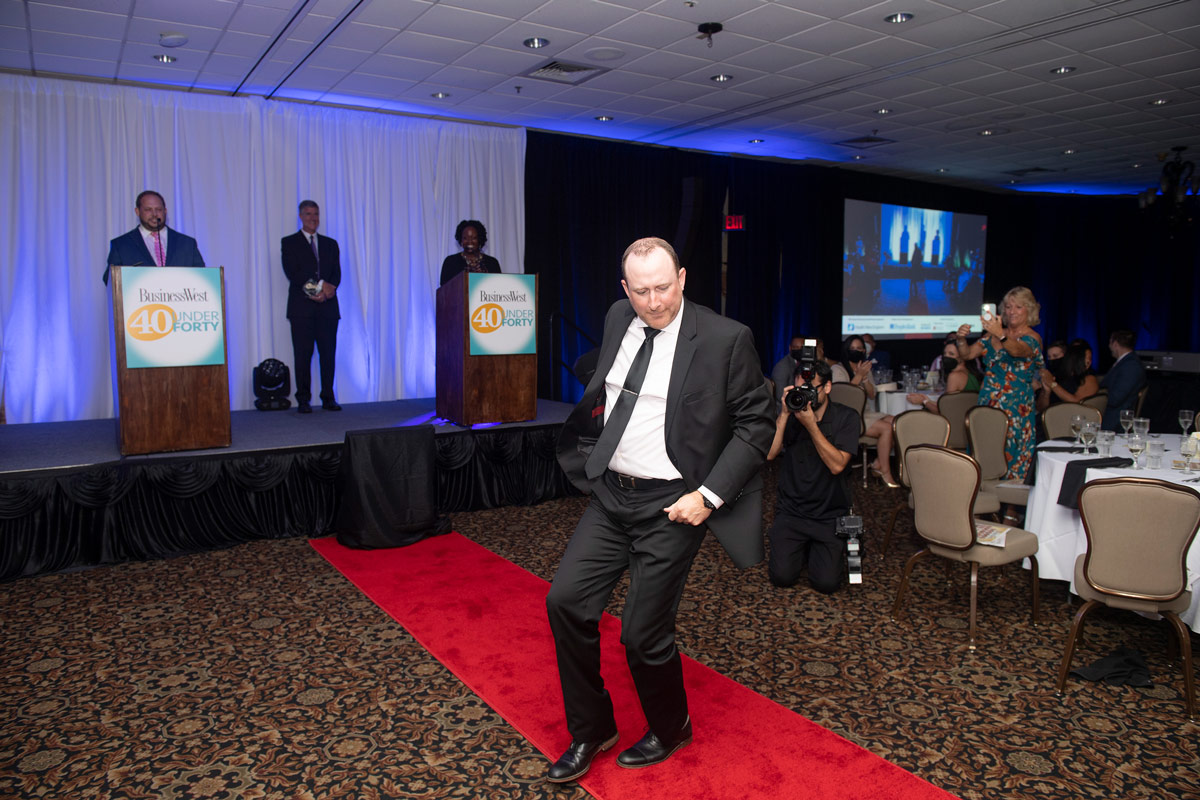