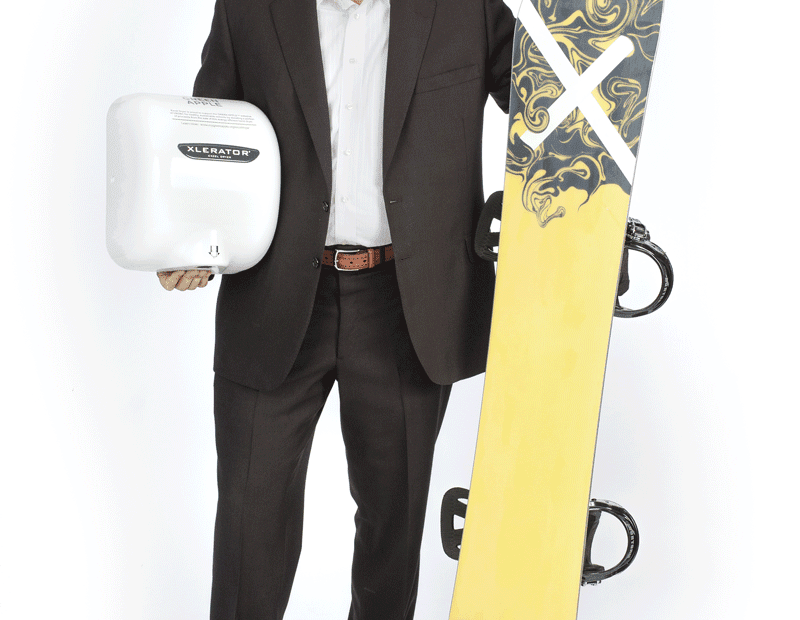 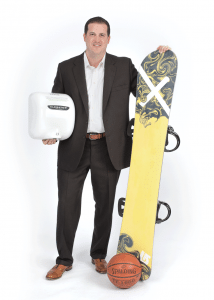 William Gagnon was schooled in professional and personal values by his father, Denis Gagnon. “We have a family business, and he taught me to have strong business morals and ethics, do the right thing, be honorable, and be a person of my word, not only in business but in life,” he said, adding, “I have a strong belief that it’s important to be involved in the community and give back once you become successful.”
Which is exactly what he does in both arenas. Gagnon was involved in the development and marketing of the XLERATOR hand dryer, which has had a positive impact on the environment in addition to leading to a large expansion of Excel Dryer, allowing it to double its staff. “It uses 80% less energy than conventional hand dryers and lowers the carbon footprint of hand drying by 70%, versus even 100% recycled paper towels,” he said.
He is working with the U.S. Building Council on its Green Apple Program through its Center for Green Schools, an initiative to help build healthy and environmentally friendly learning environments for the nation’s students. “I have a passion for sustainability,” Gagnon said.
He is also involved in the local community and is a member of the board of directors for the Children’s Study Home. “It’s a great program that gives children in troubled families an opportunity to succeed in life and school and move on,” he explained. He is also a member of the Young Professional Society of Greater Springfield and coaches football and basketball teams at Minnechaug Regional High School.
Gagnon also helped organize and market a golf tournament sponsored by the Anero Sports Agency to benefit victims of 9/11. Closer to home, he helped the New England Patriots Charitable Foundation raise money for families in Western Mass. after the June 2011 tornado. “I wanted to get involved,” he said. “We have family members who lived on the streets of Springfield that were most affected, so it really hit home, and I wanted to help in any way I could.”