Amid Endless Questions and Challenges, Thunderbirds Plan for the Future 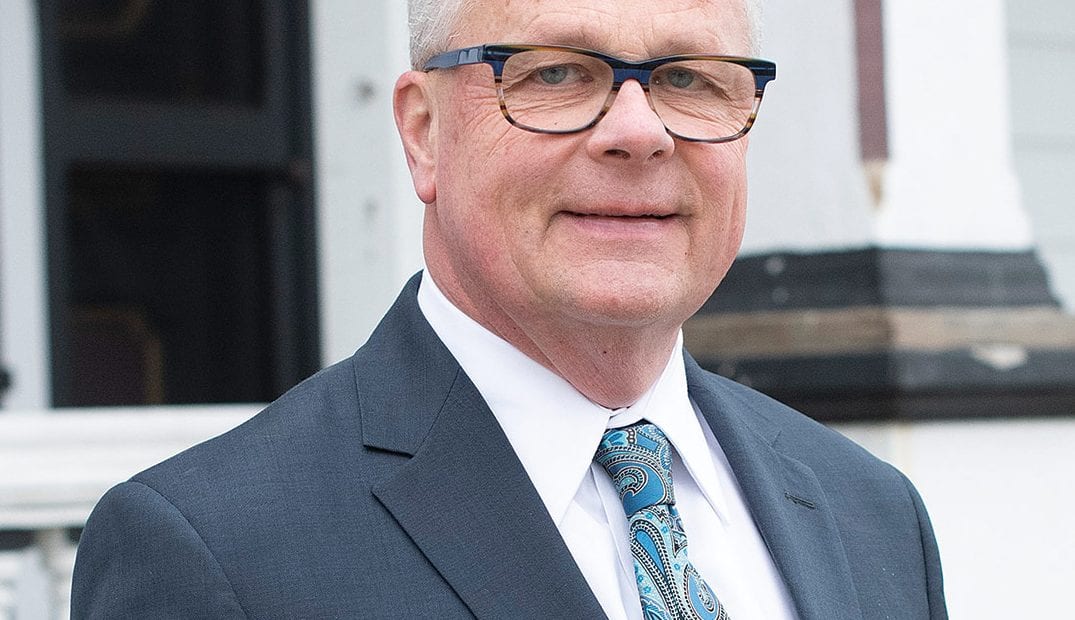 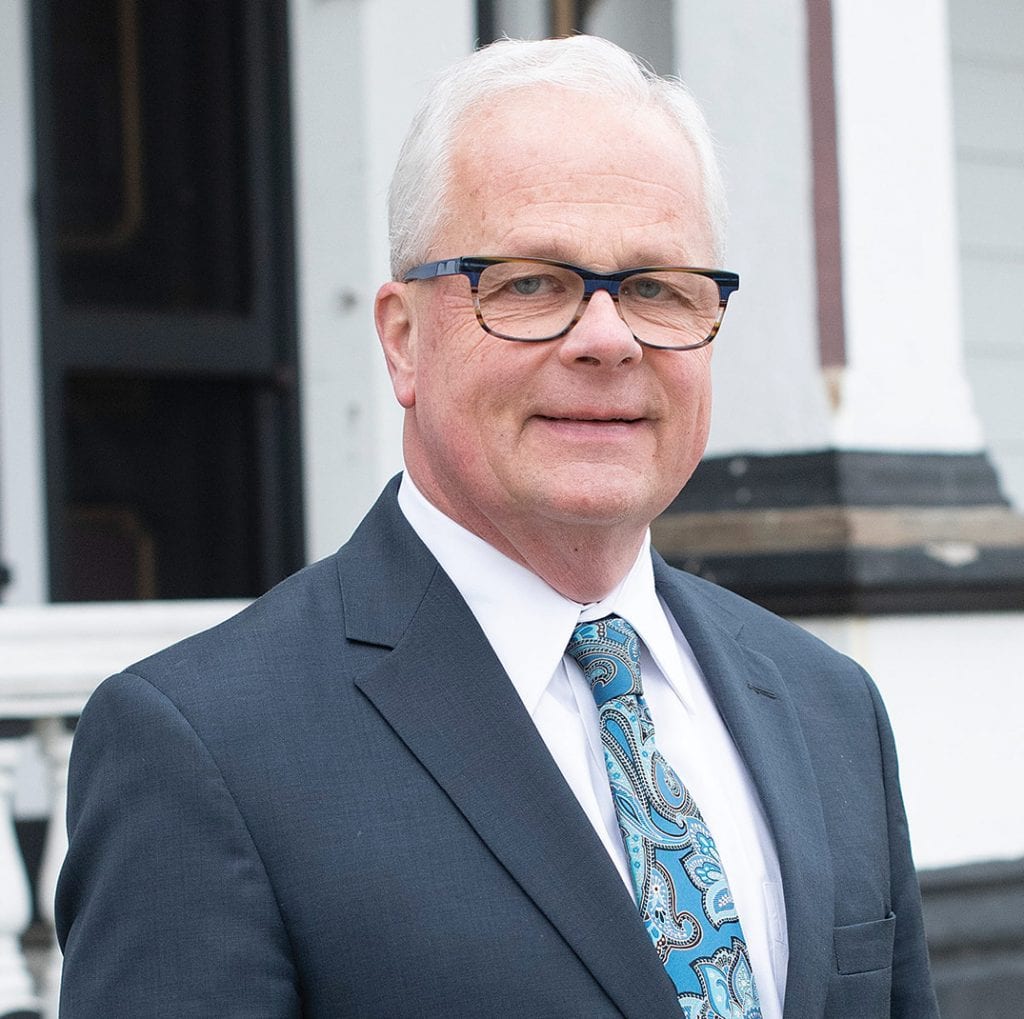 Steve Lowell vividly recalls the conversation he had with his wife, Anne, when he decided to apply for a position at a bank located on Cape Cod — roughly half the state away from their home in Upton.

“She said, ‘Steve, you can go ahead and take the job, but I’ll tell you right now that we are not moving Emily out of school to go to another place,’” he told BusinessWest, noting that his daughter was in the second grade at the time. “If I wanted the job, I was going to have to commute.”

Long story short, he took the job, and he did commute — 90 miles each way — for 16 years. And, as we’ll see, he didn’t just commute to the office. In fact, he was at so many community events, and became so involved with all that was happening in that area of the Cape, that people just assumed he lived there and were often shocked to find out he didn’t.

This ‘giving back’ has always been a big part of who Lowell is, as a person and as a financial-services professional. And he certainly brought this trait to another job he pursued and eventually won — president and CEO of Monson Savings Bank.

Pretty much since the day he took that job early in 2011, Lowell has been active not only in Monson and surrounding communities, but also across the region as a whole, through his work with agencies ranging from the United Way of Pioneer Valley to Link to Libraries.

And when we say ‘from the day he took the job,’ we mean it.

Indeed, just a matter of weeks after he arrived, a tornado ripped across the region — and downtown Monson. As the community began the arduous task of digging out, many looked to the bank, one of the pillars of the community, for guidance and support.

Lowell and the bank responded in all kinds of ways, from helping to clear debris — he remembers cutting up fallen trees himself — to providing some leniency on mortgage and loan payments for those who needed it to emergency loans to help businesses reopen their doors.

For Lowell, who recently announced that he’ll be retiring early next year, ‘giving back’ isn’t just something he does. It’s something he preaches, if that’s the right word. Over the course of his more than 40 years in banking, he told BusinessWest, he’s had mentors who taught him the importance of community banks — and the people who work for them — to be involved in the communities in which they do business. And for decades now, he’s been teaching others. 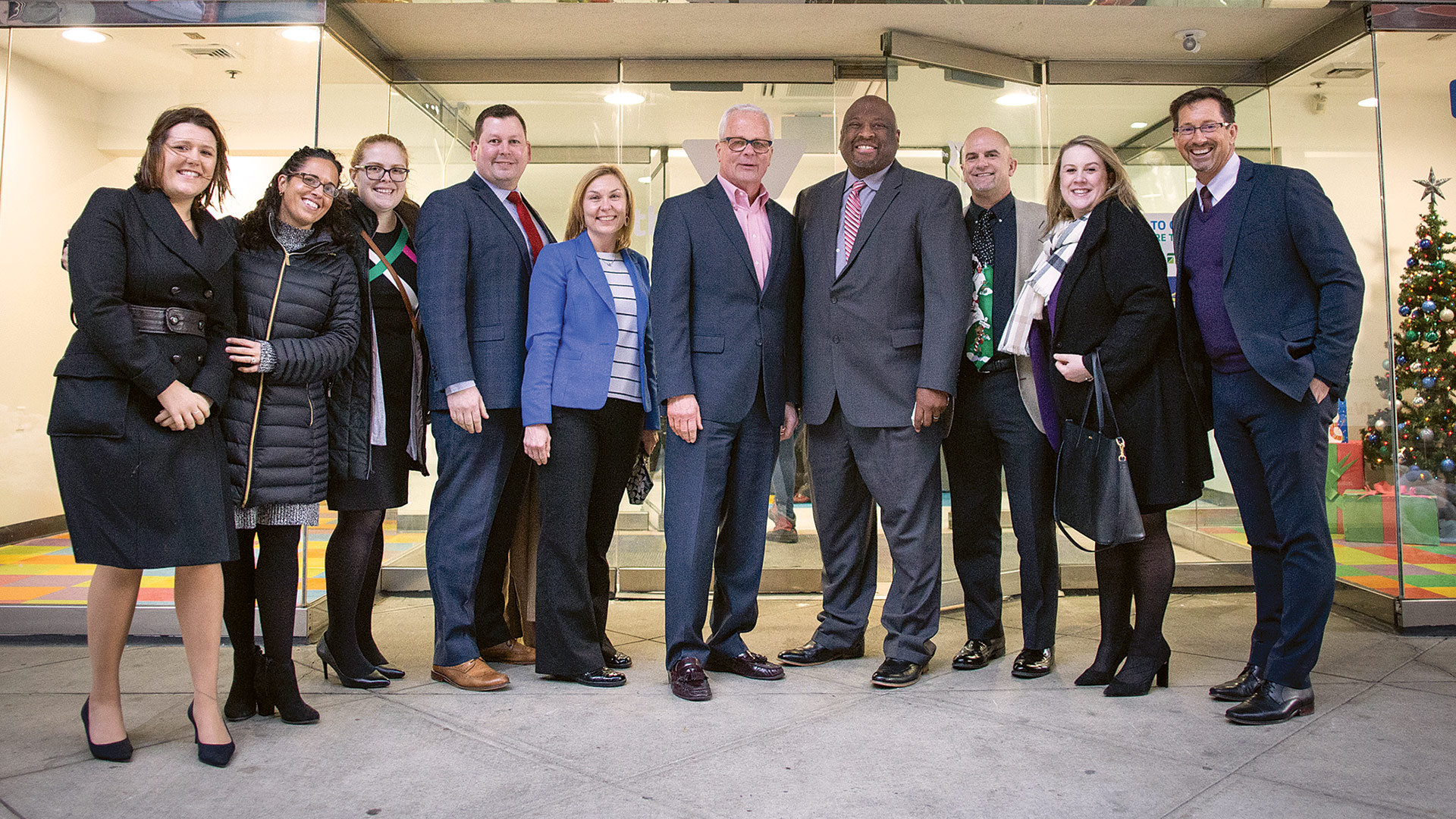 Steve Lowell, center, is among the many dignitaries cutting the ribbon at the YMCA of Greater Springfield’s new Learning Center in Tower Square, sponsored by Monson Savings Bank.

“I learned early on, if I was going to be successful in this work, that it was important to be involved and give back — not only your monetary contributions, but your time and talent,” he said. “I’ve tried to live by that, and it’s worked out well.”

Thus, he has been a very effective role model for countless young professionals, and also something else — a true Difference Maker in Western Mass.

Lowell said he could hear the tornado roaring down Main Street in Monson that fateful afternoon, noting that it really did sound like a freight train — a phrase so many have used to describe it. And that sound told him he needed to move. Fast.

“I hid in that bathroom right over there,” he said, pointing to a door in his office within the 150-year-old Lyons House, a large, handsome former residence now home to a few businesses, including some of the bank’s offices. “I looked around at the glass chandelier and all these windows and decided this was not a good place to be. And when I came out…”

He started shaking his head for emphasis as be recalled what he saw as he ventured out of that bathroom and then onto the street.

“It was over quickly, and there was dead quiet; I went outside, and it looked like a war zone,” he recalled, noting that trees were down, roofs had been torn off buildings, and a peaceful, rural town had been turned on its side, figuratively, but almost literally.

Lowell, who, as noted, had only been on the job a few months, hadn’t had a chance to meet too many people or find out just what kind of community Monson was. Suffice to say, the tornado greatly accelerated that process, thus providing the only real bright spot he could see from that catastrophe. 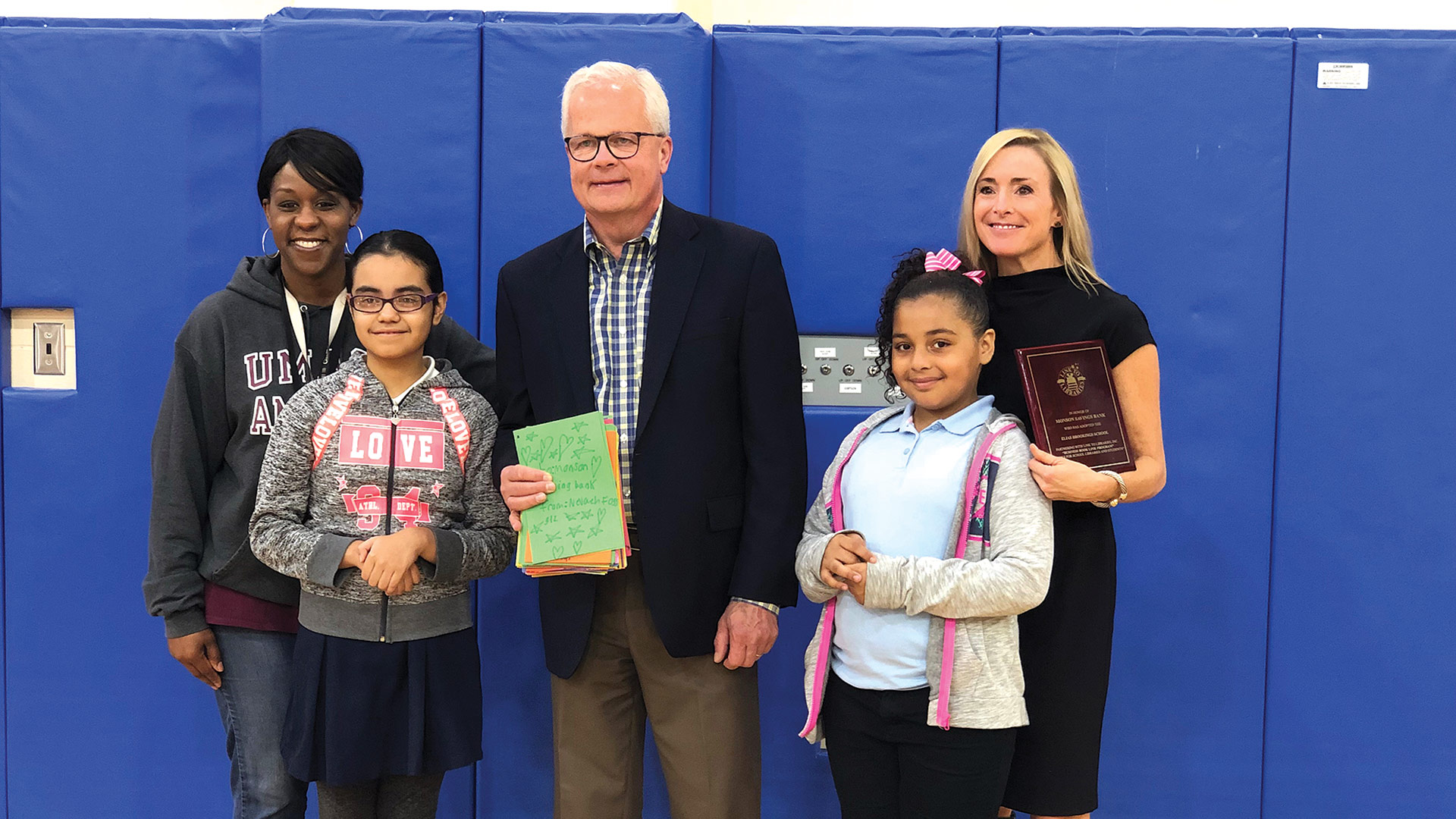 Steve Lowell, seen here with Link to Libraries executive director Laurie Flynn and students at Elias Brookings School, has made Monson Savings one of the leading corporate supporters of LTL.

Only a few months before the tornado, Lowell was taking Anne on a drive to see Monson. He was applying to be president of the community bank based there and admits now to not actually knowing where said community was.

A headhunter had alerted him to the opportunity, and he was eager to consider it because the president of that bank on the Cape was just a little older than him and not ready to retire any time soon.

The subject of community involvement came up repeatedly during the many interviews for the position, and Lowell recalls being eager to answer those questions.

And, as noted, it didn’t take long for this commitment to manifest itself, in all kinds of ways.

Starting with the United Way of Pioneer Valley, a story that is also related to the tornado in some ways.

Indeed, Dora Robinson, then executive director of the United Way chapter, knowing of Lowell’s involvement with that organization earlier in his career, asked him about being on her board.

Before getting to that, he informed her that many people in the Monson area were critical of the United Way’s response — or a perceived lack of a response — after the tornado struck. Upon being informed the agency was highly involved in relief efforts, Lowell recalls telling Robinson, “no one knows that — and you have to tell them; you have to take credit.”

And so he became not only a board member, but a very active one, taking on a role as “advocate” (his word) for those living in the many smaller towns in the eastern part of Hampden County.

“I have a hard time saying ‘no’ when people ask me like that,” he told BusinessWest, adding that his stint with the board, including his recent work as president, has been one of extreme challenge as the United Way chapter has battled through fiscal woes (as many have) and leadership changes, eventually coming into a partnership agreement to essentially share an executive director with the United Way of MetroWest, a move that has brought about many economies of scale.

Like most others, Lowell found it impossible to say ‘no’ to Link to Libraries (LTL) founder Susan Jaye Kaplan when she came to talk with him about that still-fledgling nonprofit soon after he arrived in the area. The occasion was a check presentation; soon after Lowell arrived, the bank created a program whereby the public could help decide how the bank gave back to the community through cash donations by voting for nonprofits via Facebook. Link to Libraries was one of the highest vote gatherers.

But upon learning more about the agency, Lowell took the bank’s involvement to a much higher plane.

“I was fascinated by the mission,” he said, adding that, through introductions made by Kaplan, the bank soon sponsored two schools — one in Monson and the other in Hampden — as part of LTL’s Community Book Link program. Today, the bank sponsors five schools — Elias Brookings School in Springfield, Springfield Public Day Elementary School, Springfield Public Day Middle School, Quarry Hill Community School in Monson, and Stanley M. Koziol Elementary School in Ware — the most of any company in the region.

“Steve Lowell’s generosity and passion for this community, particularly with regard to children and education, has had an enormous impact on our work at Link to Libraries,” said Laurie Flynn, president and CEO of LTL. “Through their sponsorships, community-giving initiatives, and emphasis on volunteering, Steve has created a culture of giving at Monson Savings Bank. Through their sponsorship of five local elementary schools in need and the numerous Monson Savings Bank employees who volunteer to read in classrooms each month, Steve Lowell and the bank have impacted the lives of more than 1,000 underserved children.”

Lowell has also become involved with Baystate Health, serving as chairman of its Eastern Region, as well as with the Monson Free Library, the Economic Development Council of Western Massachusetts, and a number of other groups and institutions.

But what really makes him a Difference Maker is that culture of giving that he has helped create and the way he mentors others to give back.

“One of the things I really enjoy is helping my staff move up within the organization,” he said. “And I tell them all, ‘if you want to get ahead here, you’re going to have to be involved in the community.’ I tell them it’s not really important to me what they do, but I encourage them to find something they’re interested in and that they enjoy. I tell them they need to buy into that, and they need to be part of it.”

Returning to that commute from Upton to the Cape, Lowell said that, over the course of those 16 years, he became quite fond of books on tape — “I was very well read” — and adept at knowing when the traffic would be worst and how to avoid it.

“I made it work,” he said simply, adding that those years helped cement a legacy of giving back and getting involved.

But in Monson, he has taken that philosophy to an even higher level, putting the bank at the forefront of a number of efforts to improve quality of life and secure a strong future.

Today, he enjoys a much shorter commute, affording him time to be even more of a Difference Maker. 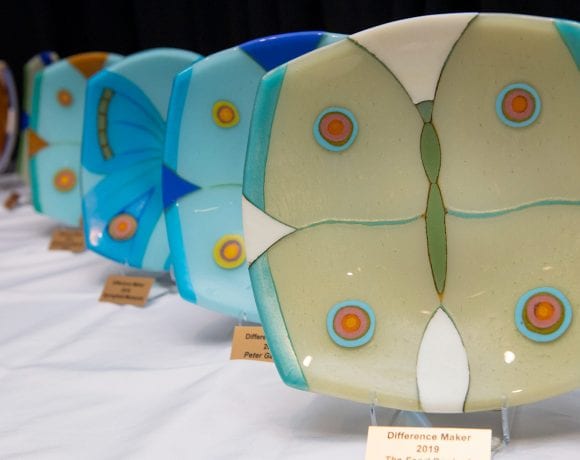 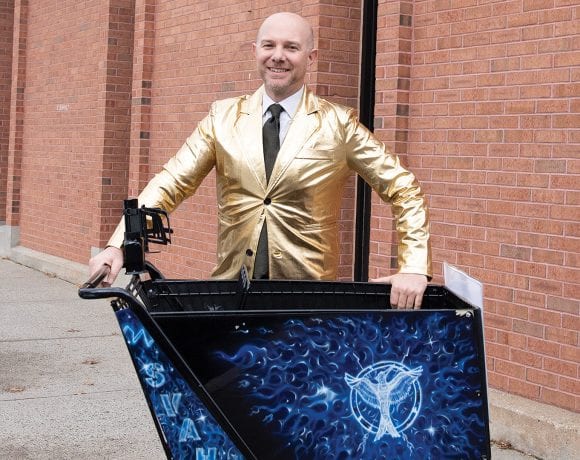 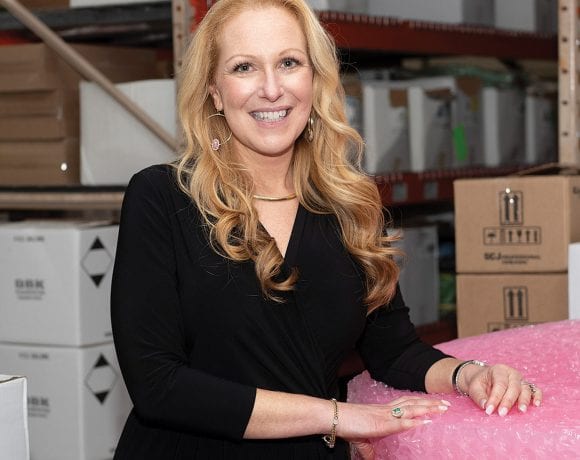