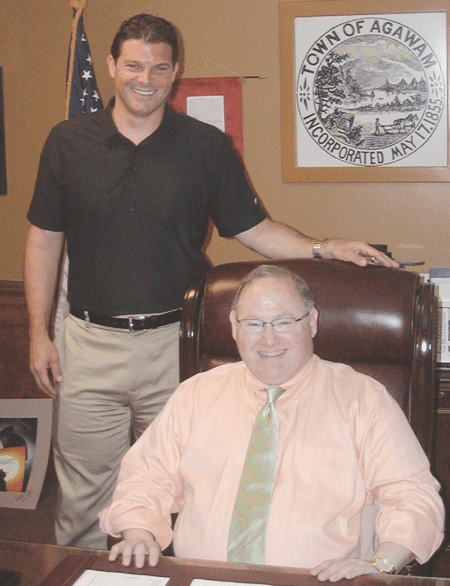 When you ask Mayor Richard Cohen to talk about Agawam, the city that still likes to be called a town, be prepared for a non-stop, enthusiastic, 30-minute sales pitch for the community where he has lived for the past 27 years, and served as mayor for seven non-consecutive terms.

And while that might be expected from the individual sitting in the corner office, especially someone who has invested so much time and energy in the city, Cohen said his enthusiasm — and optimism about what’s next — are well warranted.

The fifth-largest Hampden County community in population (neck and neck with West Springfield at around 28,000), Agawam has long endured the image of a town dominated by industrial parks, condos, strip malls, farms, golf courses (there are four of them), and, of course, the largest amusement park in New England. But is is fast becoming known for much more.

Indeed, while Cohen places great value in the town’s fully occupied Agawam Industrial Park, and in the town’s measures to preserve open farm space, his enthusiasm level rises to a new height when he talks about Agawam’s new School Street Park, a 50-acre project he calls “the largest development of its kind in the region in the last 25 years.”

The first phase of the park opened in 2008, with basketball courts, playing fields, play-scapes, and baseball fields. In early July, a ribbon-cutting was staged to open the second phase of the park, which features a concert band shell, a spray park, a disc golf course, a volleyball court, a large pavilion and numerous smaller shade pavilions, and walking trails throughout the park.

“This is truly a park for all ages,” noted Cohen, “and a great example of how family friendly the town of Agawam is. That’s what I want the image of Agawam to be.”

The park has been drawing great crowds in the few weeks that the second phase has been open, said Cohen, whose enthusiasm is also evident when he talks about the new, two-acre dog park, off Maple Street, scheduled to open in the fall. The facility is being built through a $250,000 grant from the Stanton Foundation.

What makes Agawam special though, says Cohen, and differentiates it from a lot of other communities, are taxes and services.

“Agawam has the lowest split tax rate in the area, but we’re able to deliver a lot of services for that money. The residents of Agawam get a great bang for their tax buck. Our schools are fully funded, and we have a great, Level-2-rated school system. We provide full services with no fees. We have weekly trash pickup with no fee, and free kindergarten for every student.”

One of the results of Agawam’s low tax rate and high-service government, said Cohen, is the stability of the town’s residential real estate values.

“When you buy a home in Agawam,” he said, “your investment tends to hold its value very well because of the efficiency of our taxes and services. Our community is one of the safest in the Commonwealth, and we’ve got a great school system. This is what families want.”

The engine that makes all this possible is Agawam’s industrial tax base.

With a fully occupied Agawam Industrial Park and nearly full Shoemaker Industrial Park, Agawam benefits from tax receipts as well as employment opportunities generated by a healthy list of companies that would be the envy of many area towns. Cohen rattles off names like OMG, the largest manufacturer of roofing fasteners in the world, HP Hood, Southworth, Sound Seal, Ebtec, Simmons Mattress, Fisher Scientific, and Six Flags.

“Who wouldn’t love to have Six Flags, one of the biggest attractions in the country, right there on Main Street in your town,” Cohen said proudly. “It’s been a great asset to the town, in terms of revenue, tourism, and job opportunities, especially for our young people, and that’s important.”

To talk about the next big project on the table for Agawam, Cohen introduced the town’s new Planning & Community Development Director, Marc Strange, who took over the job three months ago from 32-year veteran Deborah Dachos upon her retirement.

Strange, formerly a private practice attorney, will be heavily involved in the long-awaited project to redevelop the Walnut Street Extension area, long a source of frustration and stagnation.

“Our vision is to turn this into a downtown pedestrian walking area,” said Strange, “with retail shops, housing, professional services, restaurants and green spaces, and make it a focal point of Agawam.”

Cohen acknowledged that such talk has been going on for years, if not decades, but there is renewed optimism that something can be done in this once-thriving retail area.

“This is a project that’s been on the drawing board for many, many years,” said the mayor, “but now we’re making some real progress, and I’m confident we can make it happen.”

The need for a “more-focused, city-center shopping area” is echoed by long-time Agawam business woman Kate Gourde, owner of Cooper’s Gifts, Apparel and Home and the developer of the adjacent Cooper’s Commons, an eclectic mix of shops and services housed in the former Country Squire Furniture building on Main Street.

“Agawam is a great town and a wonderful place to do business,” said Gourde. “But we’re not thought of as a great retail destination because our stores are spread out along many different streets.” 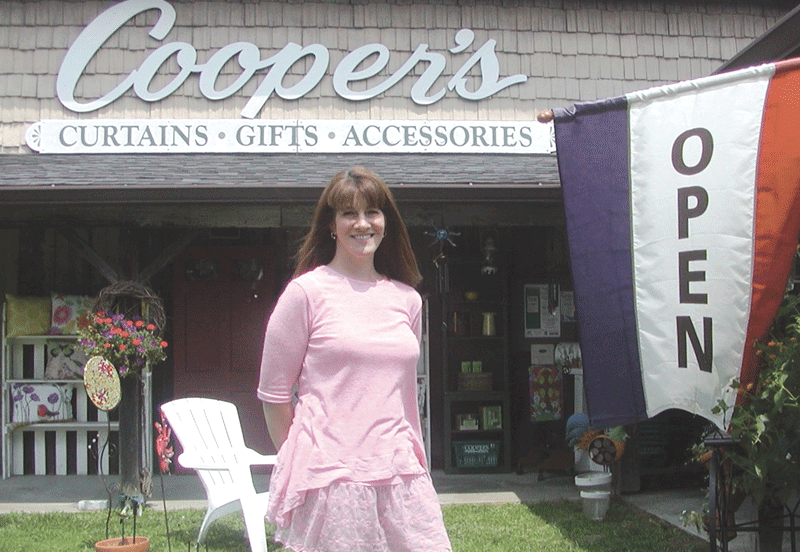 Gourde, who has been running the family business for 28 years, said she welcomes competition from new stores that might open in the redeveloped Walnut Street Extension area. “I think it would be great for business and for everyone in Agawam, and I fully support it. We can really use a downtown retail center.”

Another factor in Agawam retailing that can’t be overlooked, is the effect of the Big E, the 17-day September fair that has grown into one of the largest fairs in the country. The Big E, in West Springfield, is literally a stone’s throw from Main Street in Agawam. When asked about it, Gourde just smiled and shrugged.

“Well, the Big E was here long before we were, and yes, it hurts our business for two weeks like it does most stores in town,” she told BusinessWest. “But we don’t whine about it. Over the years we’ve learned how to market a bit differently during the Fair, to the point where it’s not a huge factor anymore. In fact, it’s a great time to shop at Cooper’s Gifts.”

Kathy Ayre, owner of Ayre Real Estate, also on Main Street, disagreed slightly with Cohen’s assessment of the stability of residential real estate in the town. “We went into a downturn in 2005, just like the rest of Western Mass did, but that has gradually been leveling off,” she said. “And this year has been great. We just had the best quarter we’ve had in the past 10 years, and it’s still going in July.”

Ayre, whose company is traditionally one of the leaders in market share of Agawam real estate adds, “the mayor is correct though in that, compared to many other towns around, residential properties in Agawam do tend to hold their value very well.”

She cites the low tax rate, excellent school system, and the town’s services, as the main reasons for Agawam’s healthy residential real estate market. “It’s a great place to raise a family,” she said, “and it’s also a great location, abutting Connecticut. Suffield is an upscale town and we get a lot of business from Connecticut people looking to lower their costs or get more house.”

Ayre also cites easy access to the area’s highways and to Bradley International Airport as factors in the town’s location.

Like every other greater Springfield community, Agawam awaits the impact of the MGM Casino opening, two to three years down the road.

“I don’t know,” Cohen said flatly when asked to gauge its potential impact. “But we’re going to find out; we’ll be doing some baseline studies on a number of factors, to help us assess the impact during our ‘look-back’ intervals, to see if additional mitigation is warranted.”

Regaining his normal optimistic enthusiasm, Cohen added, “I hope the casino does great. I hope it’s a tremendous success for Springfield, because all of the surrounding towns benefit from a healthy, robust Springfield.”

Gourde looks upon the MGM Casino as an opportunity for Agawam businesses. “I don’t think it will hurt our business in any way, and I’ll be happy to take my shot at getting some of those casino patrons across the river and into our shops.”

Ayre is pragmatic. “No one knows if the casino will have any effect on the real estate market, but I really can’t see it hurting us. The one thing I do know, is that the town of Agawam will be here long after the casino opens, and it will still be a great town for families to live in.”

That last comment brings the discussion about Agawam full circle.

While officials there are looking for change, especially with the problematic Walnut Street Extension area — and the retail scene in general — one thing they don’t want to change is that image of being family friendly.

And that character trait extends well beyond the rides at Six Flags. 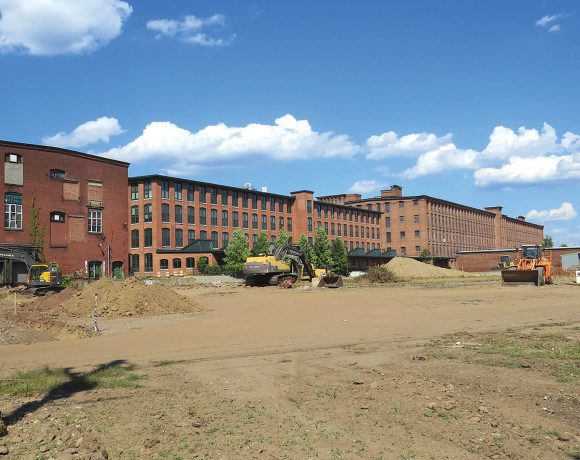 Ludlow and Its Mills Are a Developing Story 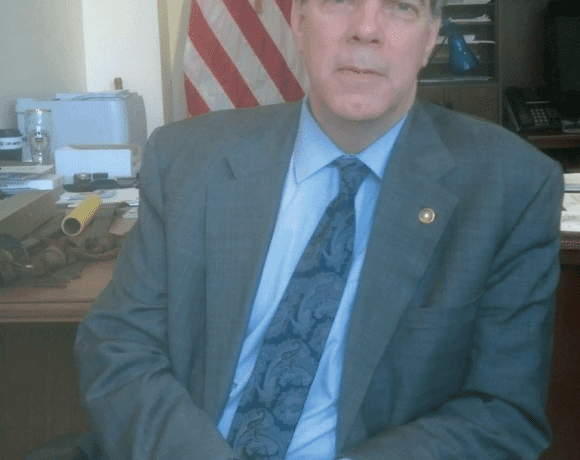 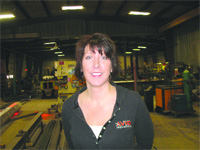