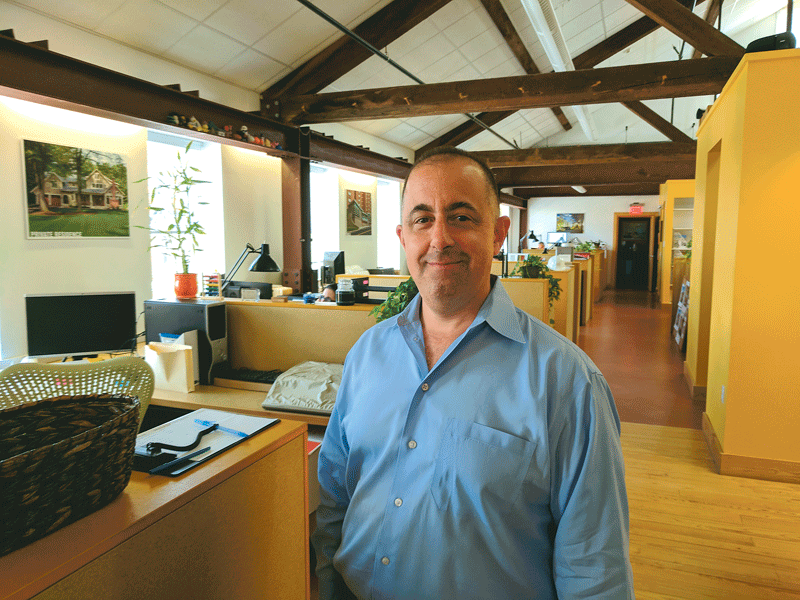 While national forecasters are predicting a slight slowdown in the construction industry, area architects report a healthy flow of projects in the pipeline, and they see that trend continuing for the foreseeable future.

Even during tougher economic times than these, Jim Hanifan says, communities still have to maintain — and often rebuild — their schools, libraries, police stations, and municipal offices.

“The beauty of public work is they’re always putting money in one sector or another,” said Hanifan, a principal with Caolo & Bieniek Associates. “Right now, public safety may be at the forefront — and that goes back to 9/11 — but now more senior centers are being built for the aging population, and they’re not just places to hang out and play bingo; it’s an active place, a community gathering spot. Senior centers have become important.”

Curtis Edgin, another principal at the Chicopee-based architectural firm agreed. “We’ve been very busy — a lot of public-sector work, a lot of education work, from pre-K to university levels,” he told BusinessWest. “We’ve done a lot of public-safety work. These projects — public safety, police, fire, things of that nature — are important to communities. They recognize the need to provide those services.”

Colleges and universities keep building too, said Jonathan Salvon, a principal with Kuhn Riddle Architects, and his firm has certainly reaped the benefits.

“We’re lucky to be located right here in Amherst, so we’re conveniently located near the Five Colleges. We’ve always had a certain percentage of our work at the colleges; it’s probably one-third now.”

For instance, the firm is in the planning stages on two UMass Amherst projects, and has also performed a variety of work at Smith College, most recently an intriguing conversion of an historic boathouse into studio space for students of dance.

“That’s an interesting site,” Salvon said, and makes creative reuse of an existing space — a hallmark of New England, where there’s plenty of existing building stock but not as much land and opportunity to design and build new structures.

“We do a certain amount of new construction,” he said, “but a good bit of our work is turning one thing into something new.”

The architects BusinessWest spoke with for this issue uniformly reported a healthy pipeline of projects this year, which belies a cloudy national forecast for the construction industry. After projecting 6% growth in construction spending in 2017, the American Institute of Architects (AIA) adjusted that to 4% at midyear, and expects that slower pace to continue into 2018.

“However, a somewhat more optimistic view is coming from architecture firms,” Kermit Baker, the AIA’s chief economist, reported in July. “While this could be viewed as architecture firms merely working down their backlog from a few stronger years, that doesn’t appear to be the case … New project inquiries and new design contracts were stronger on average in the first half of 2017 than in 2015 and 2016, and as a result firm backlogs have been growing, not shrinking.”

That’s certainly true at Architecture EL in East Longmeadow, which is so busy, principal Kevin Rothschild-Shea called the pace of projects a double-edged sword — but one he’s happy to face.

“We’re busy with multi-family housing, a bunch of new commercial work, and we’re seeing some new consrtruction, finally, not just renovations,” he noted. “The commercial market is moving along pretty strong. We’ve got more phone calls coming in than we can get to.”

For this issue’s focus on architecture, these regional players explain why they’re optimistic, not just for this year, but beyond.

One of Caolo & Bieniek’s projects, the South End Community Center in Springfield, just opened last week, Hanifan said. “It’s a nice project because they were displaced from the tornado and finally have a permanent home again.”

Other projects the firm has recently tackled include Easthampton High School, Dupont Middle School in Chicopee, and, at the university level, academic and residential buildings at UMass Amherst. The company has also worked on the Little River fire station in Westfield, recreational fields in Agawam, the Chicopee public-safety complex, new branches of Polish National Credit Union and Arrha Credit Union, and a new senior center and police station in West Boylston.

Edgin said the more the firm works in one niche — senior centers, for instance — the more its reputation grows in that area, and it becomes easier to kand similar jobs.

“We’re diversified — we don’t focus on one project type,” he added. “The problem is, a lot of these communities recognize the need to replace outdated facilities or build new ones; they recognize the need to bring them in line with the current trends, but the costs are often an obstacle.” 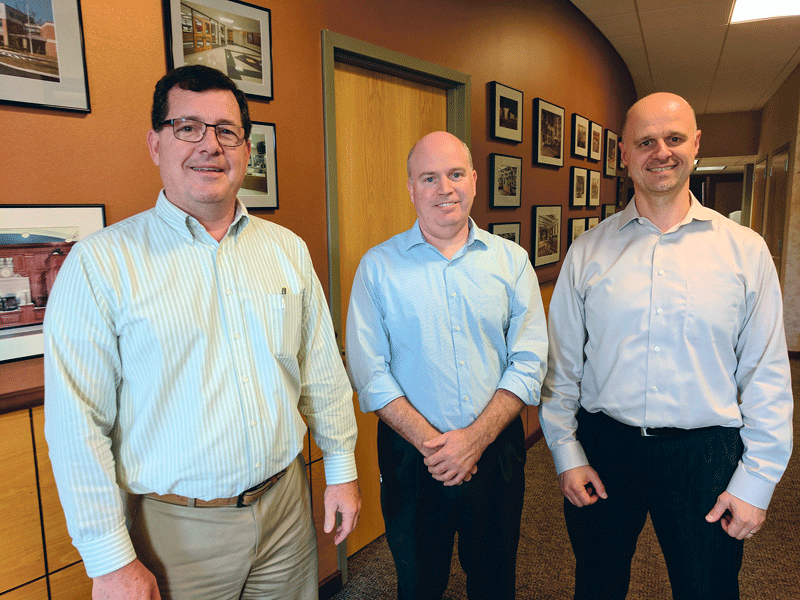 Still, he added, municipal work never really dries up. “It goes in cycles, up and down. But we’ve been fortunate, and we hope it continues.”

Beyond its healthy niche in higher education, Kuhn Riddle is currently tackling two early-education facilities — Belchertown Day School is moving and Children’s First Enterprises in Granby is expanding — while taking advantage of a rebounding housing market, moving from multi-family projects into more high-end, single-family homes, a niche that dried up during the Great Recession.

“Before 2009, about third of our work was college, a third was general commercial, and a third was residential,” Salvon said. “That single-family home, we’ve had a little bit of that, not like it used to be.”

Rothschild-Shea agreed. “It really tanked after 2008. Multi-family has been starting to move the past few years — we’ve been doing a lot of rehab on multi-family, affordable housing — but we’re starting to see some new construction coming through, which is nice. We are just literally swamped, in best possible way, and we’re happy to see an uptick; it’s good for the whole industry.”

Salvon is equally gratified by what seems like a healthy outlook ahead.

“We feel better off than we were right after the recession, a lot more stable. I don’t feel like we’re getting close to anything like a bubble; it doesn’t seem like the market is too hot,” he said, before emphasizing the importance of repeat business, especially in the higher-ed sector. “What we try to do with the colleges is do good work and keep them happy with our services. Of course, we try to do that with all our clients. It really is about long-term relationships.”

Caolo & Bieniek has seen a different sort of growth this year, forming a union with Agawam-based Reinhart Associates, which also has a strong track record in municipal work.

“We’ve both been around long enough — 60-plus years now — that we’ve built a loyal clientele that appreciates the services we provide,” Edgin told BusinessWest. “By drawing those resources together, we can compete with some larger firms from outside the area. There are more opportunities to draw on each other’s strengths.”

That said, he and his partners also keep an eye on industry trends, aiming to ensure they remain on the cutting edge at a time when bank branches, senior centers, medical offices, and police stations are designed a lot differently than they were a 20 years ago.

“We put a lot of effort into watching those trends, not just in Massachusetts, but across the country,” he said. “We’re not just looking at our projects, but all projects, seeing what the best practices are for that particular project type.”

Sustainable design is a good example, he went on, noting that ‘green’ was a buzzword a decade ago, but sustainability is here to stay. “The code revisions that continue to roll out keep setting the bar higher and higher, and complying with and exceeding those goals in Massachusetts touches on energy efficiency, quality of space, natural lighting, storm-water runoff on the exterior, and reuse of water.”

Hanifan agreed. “Clients are much more educated and in tune with green building and energy-efficiency standards, but the codes have caught up, and these things are mandated now. Three or four years ago, it was considered advanced building; today it’s all pretty much energy-efficient.”

Edgin isn’t about to rest on the firm’s laurels, but said its local roots are a plus, especially when it comes to developing long-term relationships and earning repeat business “It all comes down to the level of service you offer.”

“That’s probably our strongest marketing tool,” Hanifan added. “If you do a good job on a project, you’re more likely to get selected for the next one.”

And those projects keep on coming. After all, there will always be a need for the next school, library, or senior center.